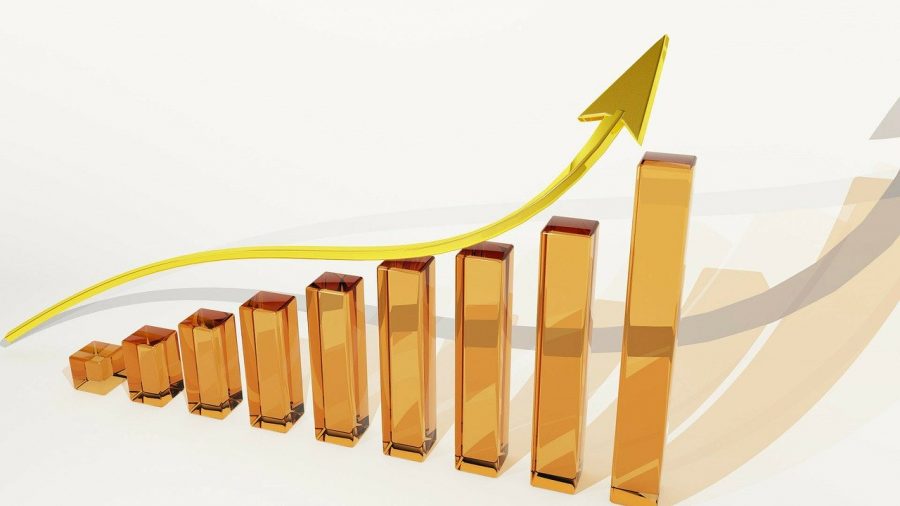 Chicago Mercantile Exchange Group’s cash-settled Bitcoin Futures contract has been up and running for the last two years now and as it celebrated its second anniversary, the CME Group noted an increase in growth in volume and customer interest. As of 17 December 2019, approximately 2.5 million contracts had been traded on CME since its launch. 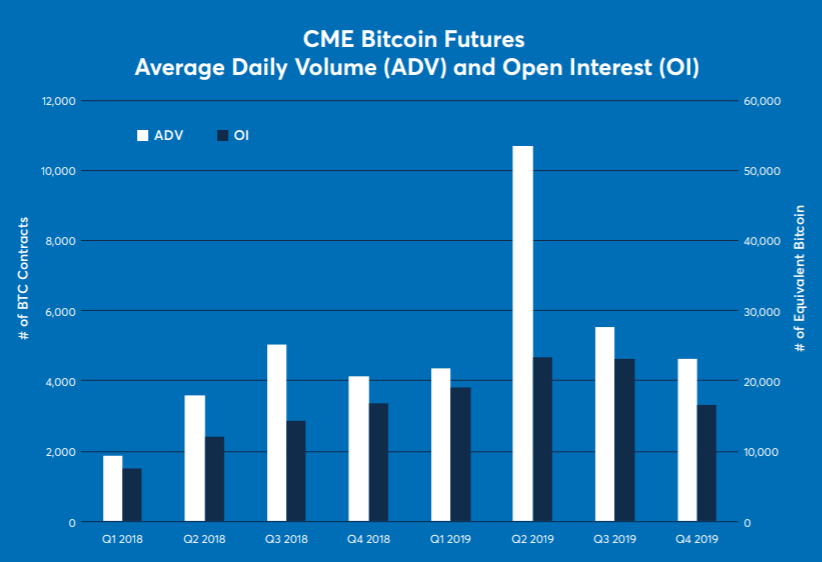 Open interest [OI] essentially represents “the total number of contracts either long or short that have been entered into and not yet offset by delivery.” While each open transaction has a buyer and seller, in terms of the calculation of open interest, only one side of the contract is counted.

“Since launch, bitcoin futures volume and open interest have seen strong growth. Compound annual growth rate in ADV is 109% from Launch to December 17, 2019.” 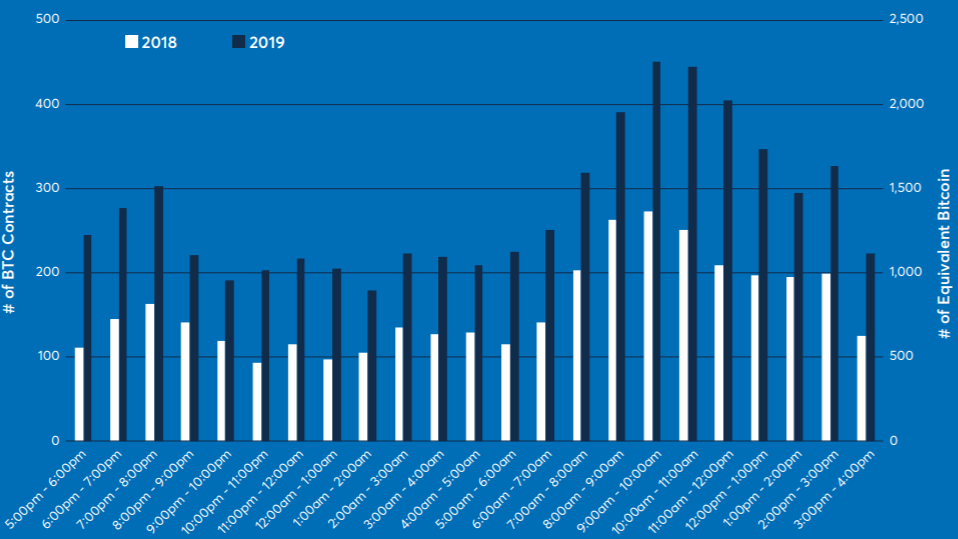 There has also been consistent growth in Bitcoin’s hourly volume. The derivative marketplace also noted that 9-10 AM CT, the CME CF Bitcoin Reference Rate calculation window, remains the highest volume hour since launch.

Additionally, new account additions picked up pace in Q2 and Q3 of 2019, with the number of unique addresses reaching over 3,600 from less than 500 in December 2018. The Chicago Mercantile Exchange recorded a higher number of contracts since May this year, around the time when the Bitcoin spot rate closed above a resistance level of $6,000. The platform had posted $1.3 billion worth of BTC Futures contracts as of mid-May.