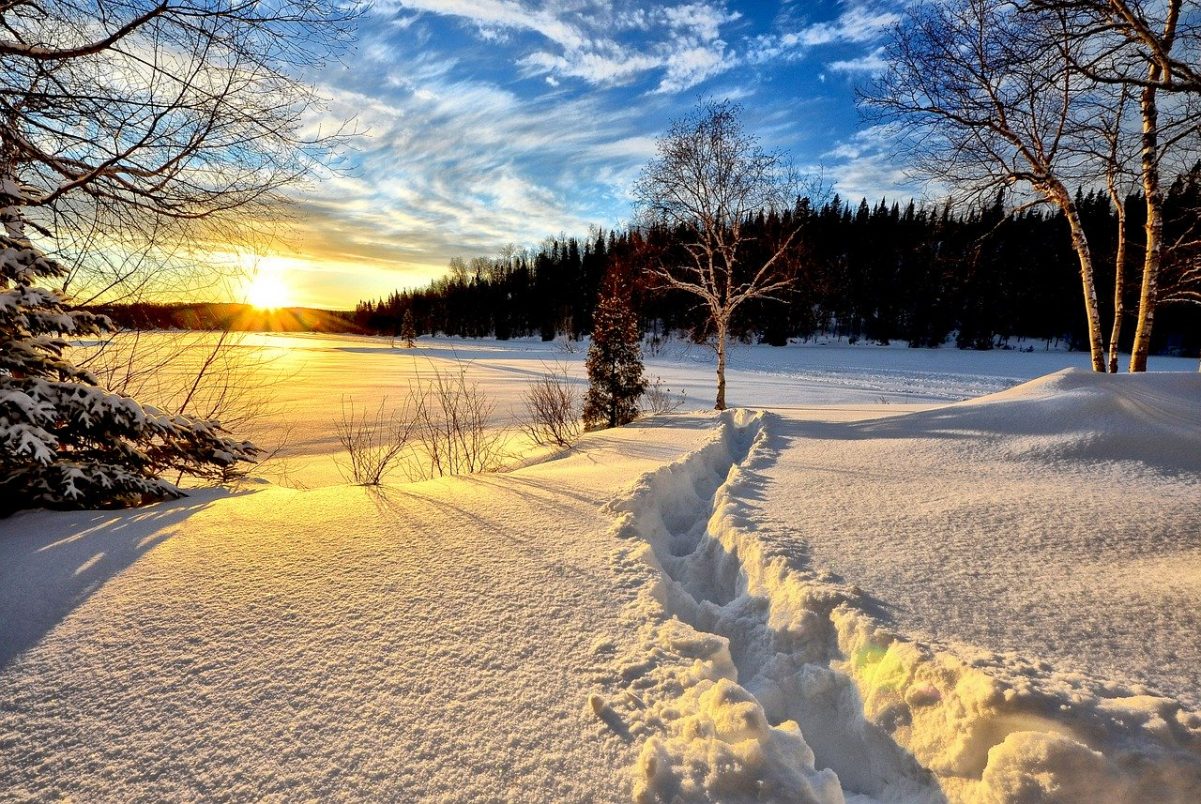 Bitcoin was trading around the $10,400-level, at the time of writing, a level that has proved crucial for it in the past. On the other hand, Cardano showed some bullish signs after a minor drop on the charts, with ADA looking to resume its climb. Further, while STEEM formed a triangle pattern that could see a strong breakout, Maker was noting a strong downtrend and was likely to set further lows. 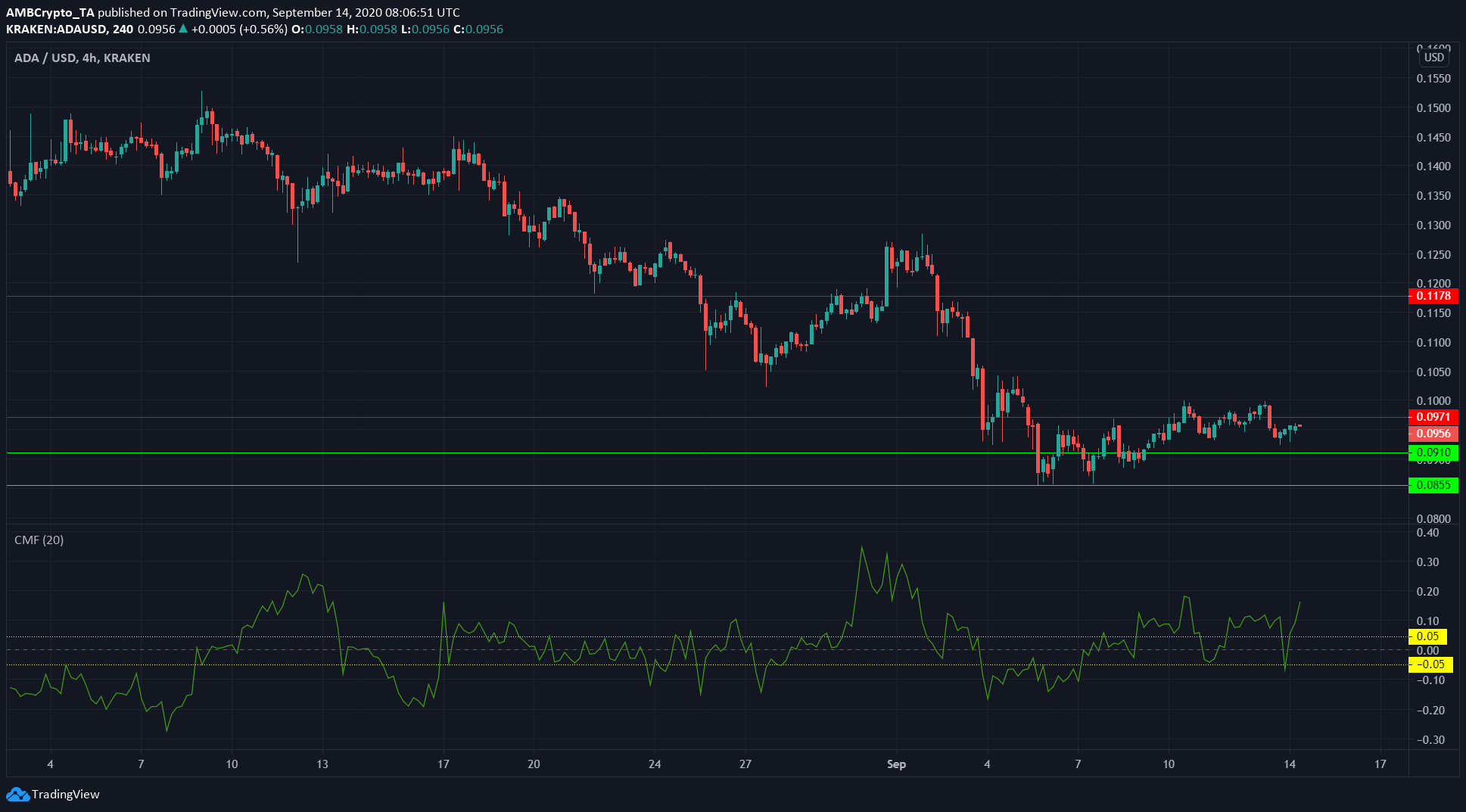 As detailed in a previous article, ADA was forming a rising wedge, a bearish pattern that signals the reversal of an uptrend. Following its formation, it was likely that ADA would revisit the support at $0.091, which it did. ADA’s price could then be expected to rise towards the 200 EMA.

Interestingly, there was evidence of a price rise looming, with the CMF noting capital inflows into the market. Such buyers’ interest could propel the crypto’s price past the $0.097 level and towards resistance at $0.11. 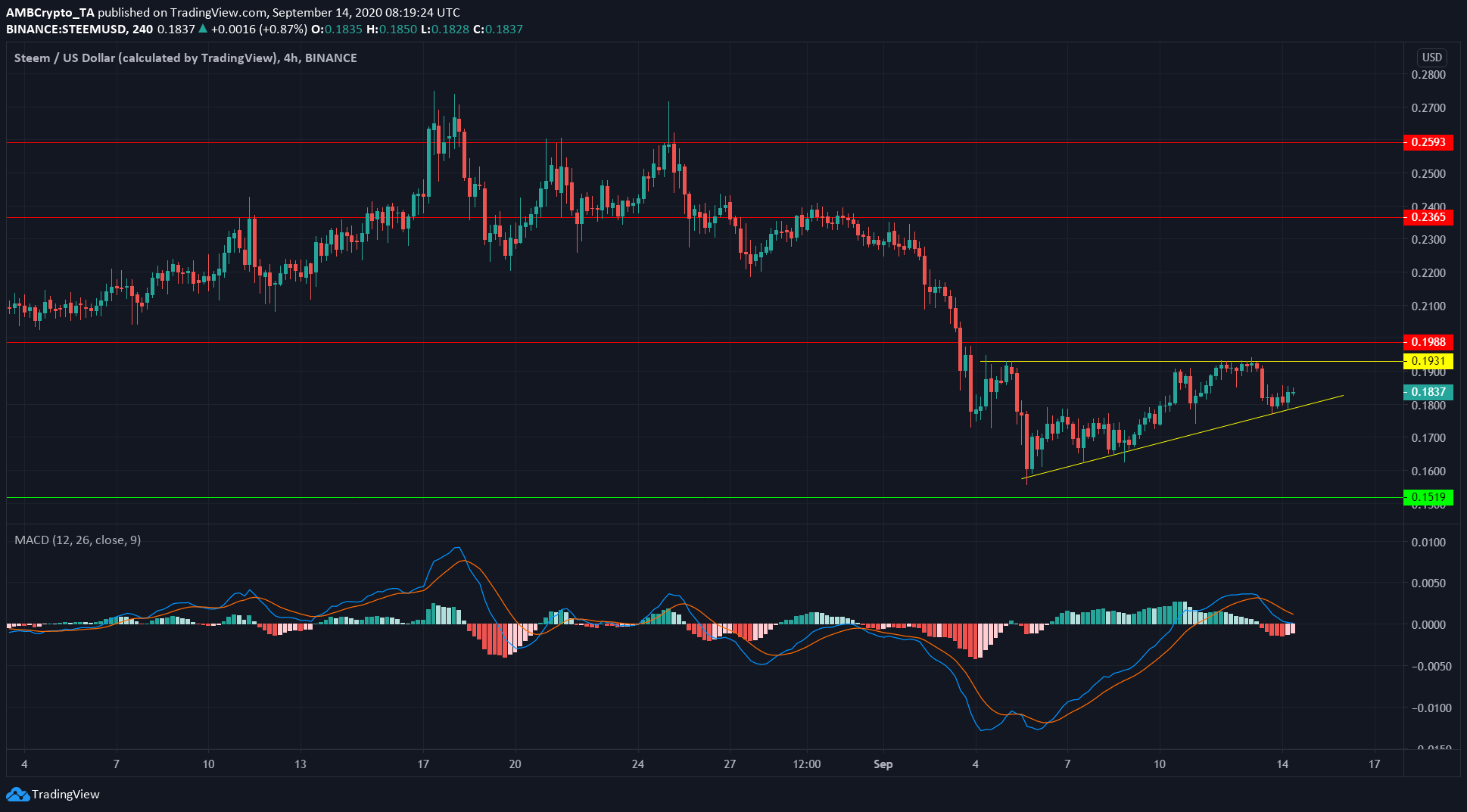 STEEM was forming an ascending triangle on the charts, one highlighted by yellow trendlines. This pattern could break out both to the upside, as well as the downside, but an upward breakout is more likely.

The MACD noted a bearish crossover as the price dropped from $0.1931 to $0.180. STEEM might re-test the yellow ascending line and a breakout to either side would be confirmed if a move has high trading volume.

If STEEM’s price closes the next few trading sessions beneath the trendline, the pattern will be invalidated. 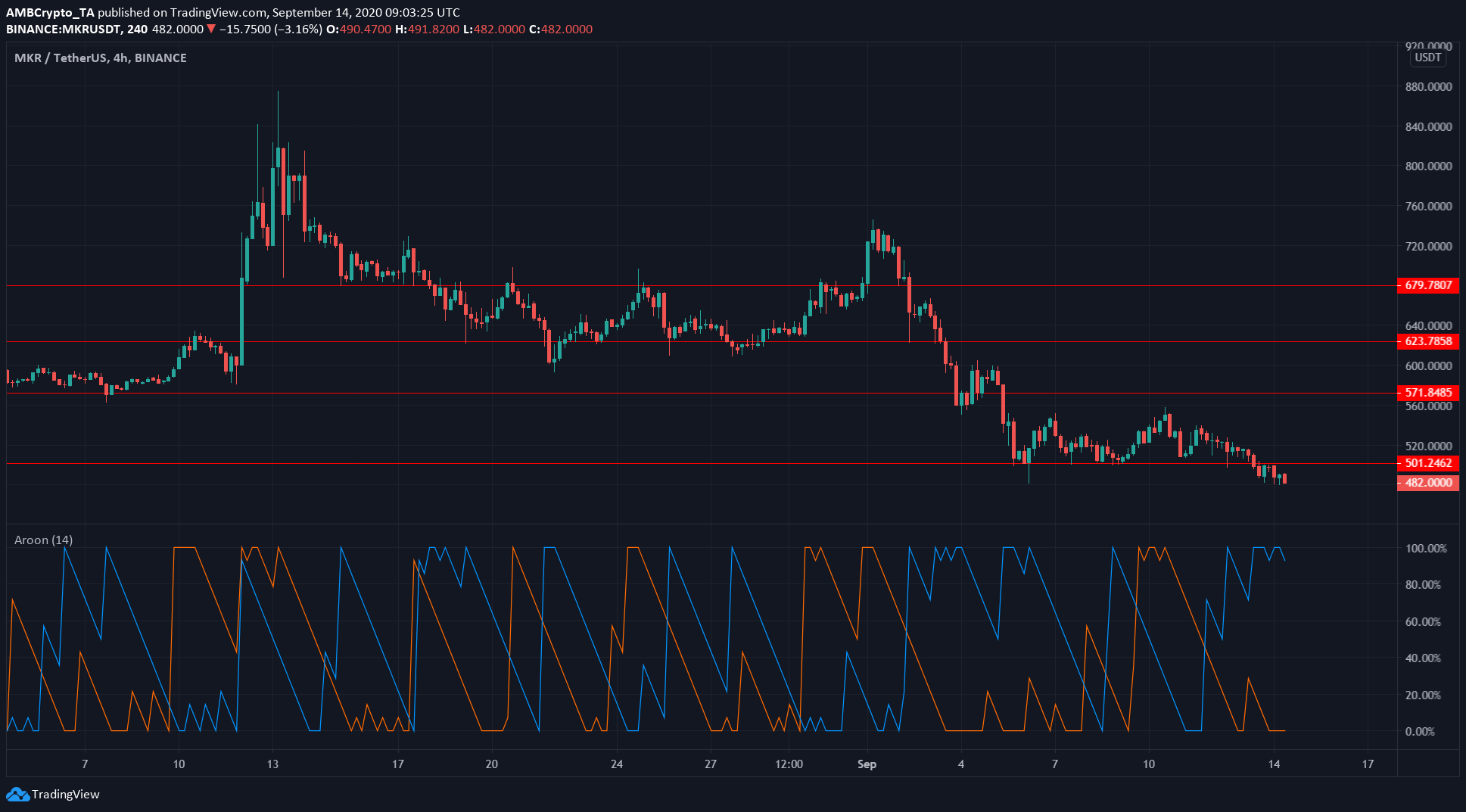 MKR continued to register lower lows as its bearish run took it past the level of support at $500. Trading at $482 at press time, the Aroon Indicator for MKR showed that the bearish trend had not let up.

The Aroon Down (blue) line had stayed above the Aroon Up (orange) for a few days now, a sign of a strong downtrend.

It was recently reported that Rune Christensen, founder of MakerDAO, was concerned about Dai. The demand for Dai in an environment of yield farming craze, and the DeFi explosion, has made it difficult for the stablecoin to maintain a value of $1, despite the community’s best efforts. At the time of writing, Dai held a value of $1.03, with the crypto having noted a value of $1.1 on Black Thursday.

If (or when) DeFi’s bubble pops, DEXes will go down too

Cell Protocol: Gaining a Foothold in the DeFi Market