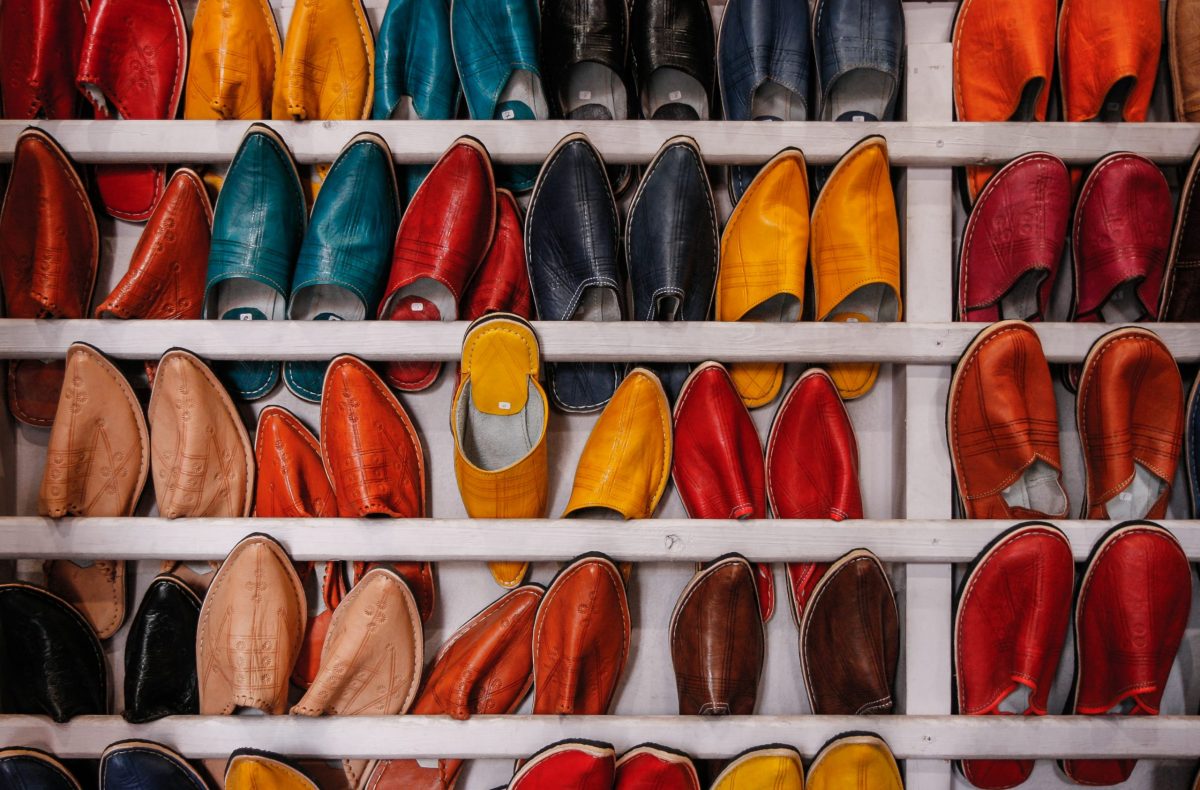 Cardano looks bearish on both the short and medium-term time frames. On both these time frames, Cardano is hinting at a bearish breakout from rising wedges. This fate is not exclusive to ADA but to most altcoins.

Defi coins like Sushi, YFI, etc are all on a continuous downtrend. These coins look like bitcoin for most of 2018; this shows that the defi hype has died down and only the strong are staying afloat. As for Cardano, an OG coin that seems to persist despite many altcoins have fallen from their grace [top 10 ranks]. 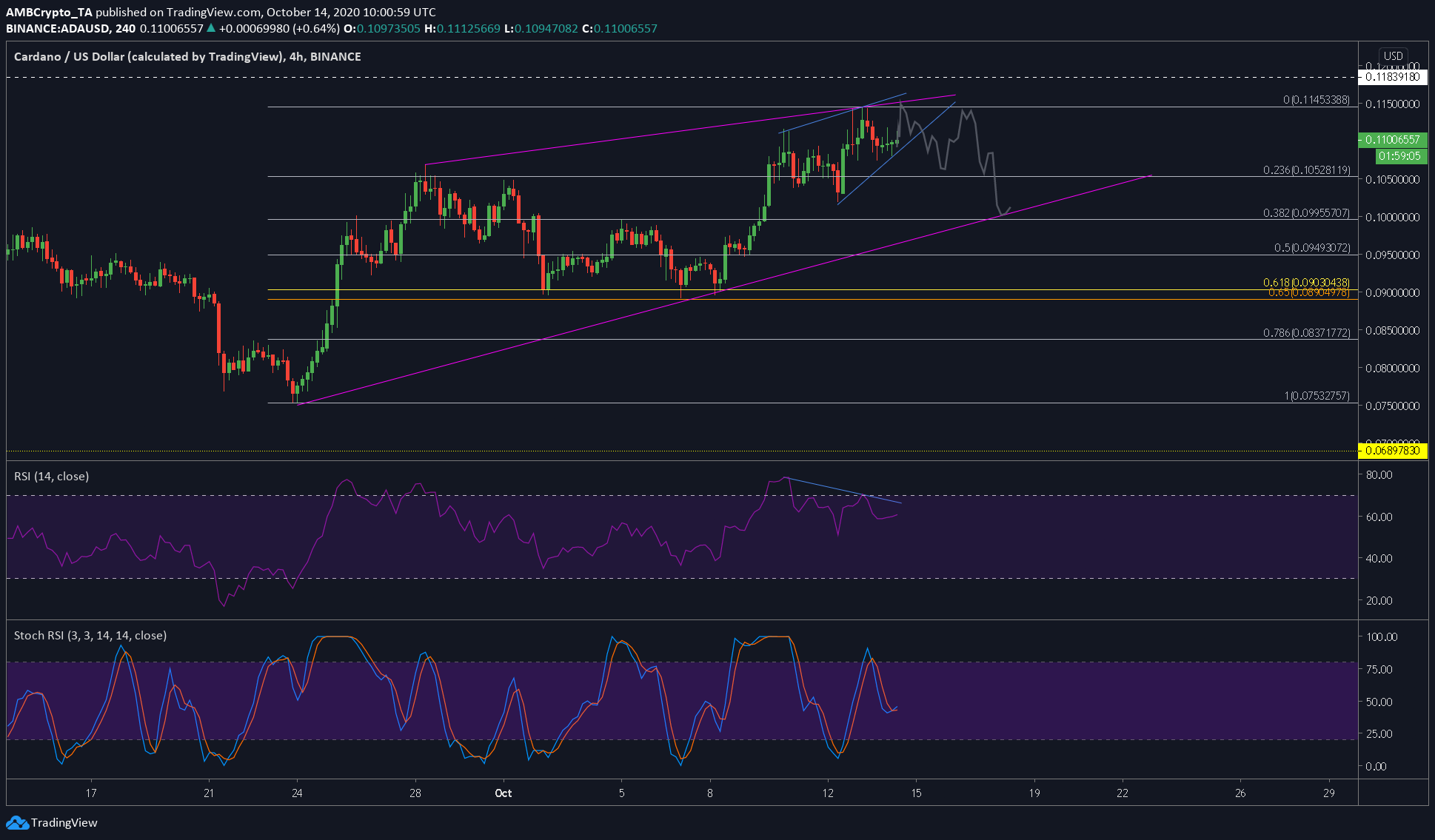 The above chart shows a rising wedge inside of a rising wedge, both indicating a downward breakout soon. A breakout from the smaller one can be expected to happen first, which might push ADA to its last leg inside the larger wedge.

This downtrend would eventually lead to a breakout. The levels to look out for on a shorter time frame include $0.10847, which is less than 2% away from the current price. The next level is the 0.236-Fibonacci level at $0.1052 and this is about 4.5% lower than the current level.

The breakdown of the price from the smaller rising wedge would push ADA towards the bottom of the larger wedge at $0.0995, which is 9.5% away from the current price level. 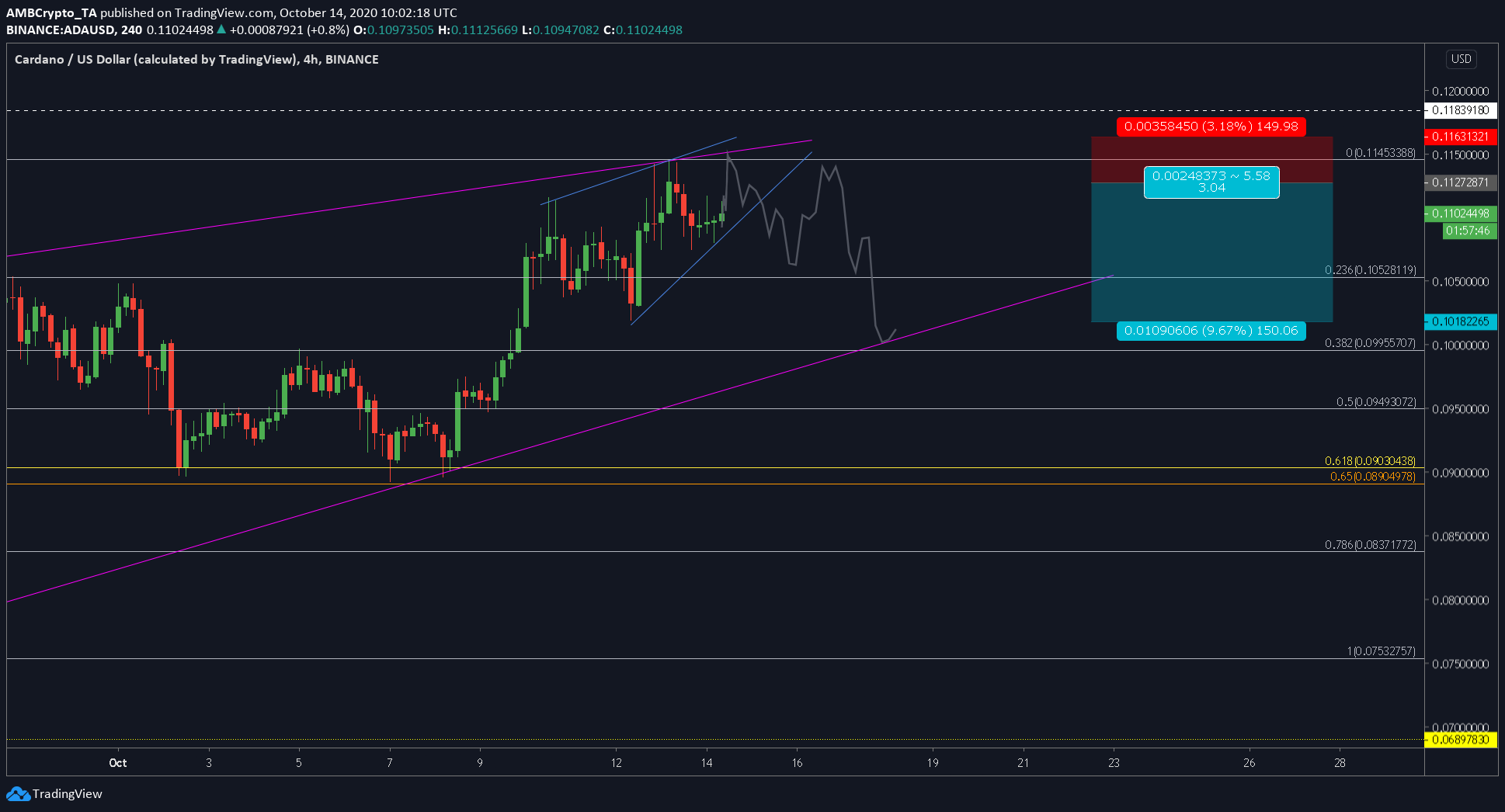 Apart from the obvious, the rationale behind this trade is the bearish divergence between the price and RSI. However, drawing more clarity is the Stochastic RSI which shows a small surge is pending for ADA before bears take over.