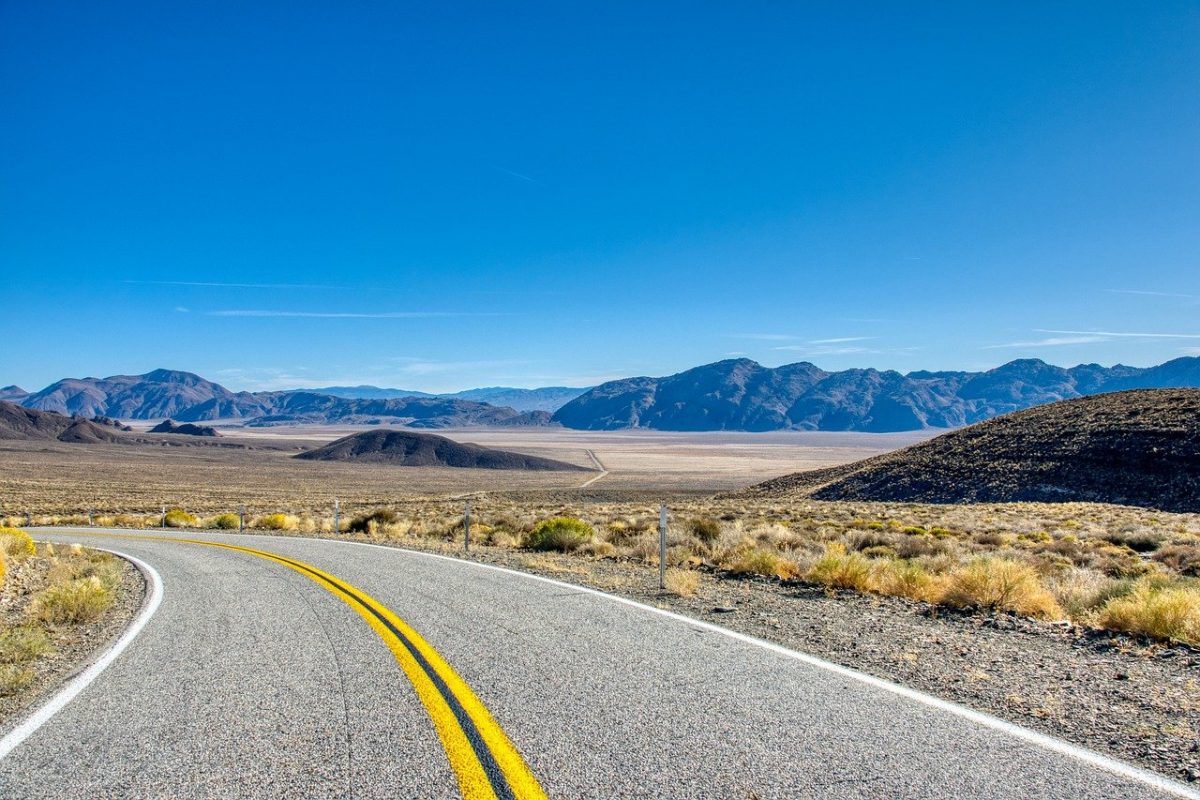 Nearly every coin of relevance in the crypto sphere saw a drop in their price that coincided with Bitcoin’s correction from $19,400. Some altcoins were only correcting recent, strong gains, and can still be considered to be in a healthy uptrend on a longer timeframe. Cardano and Cosmos found strong support at important levels of retracement and could be set to trade sideways in the coming days. Compound’s token had been a poor performer and its gains of the past week were wiped out within hours. 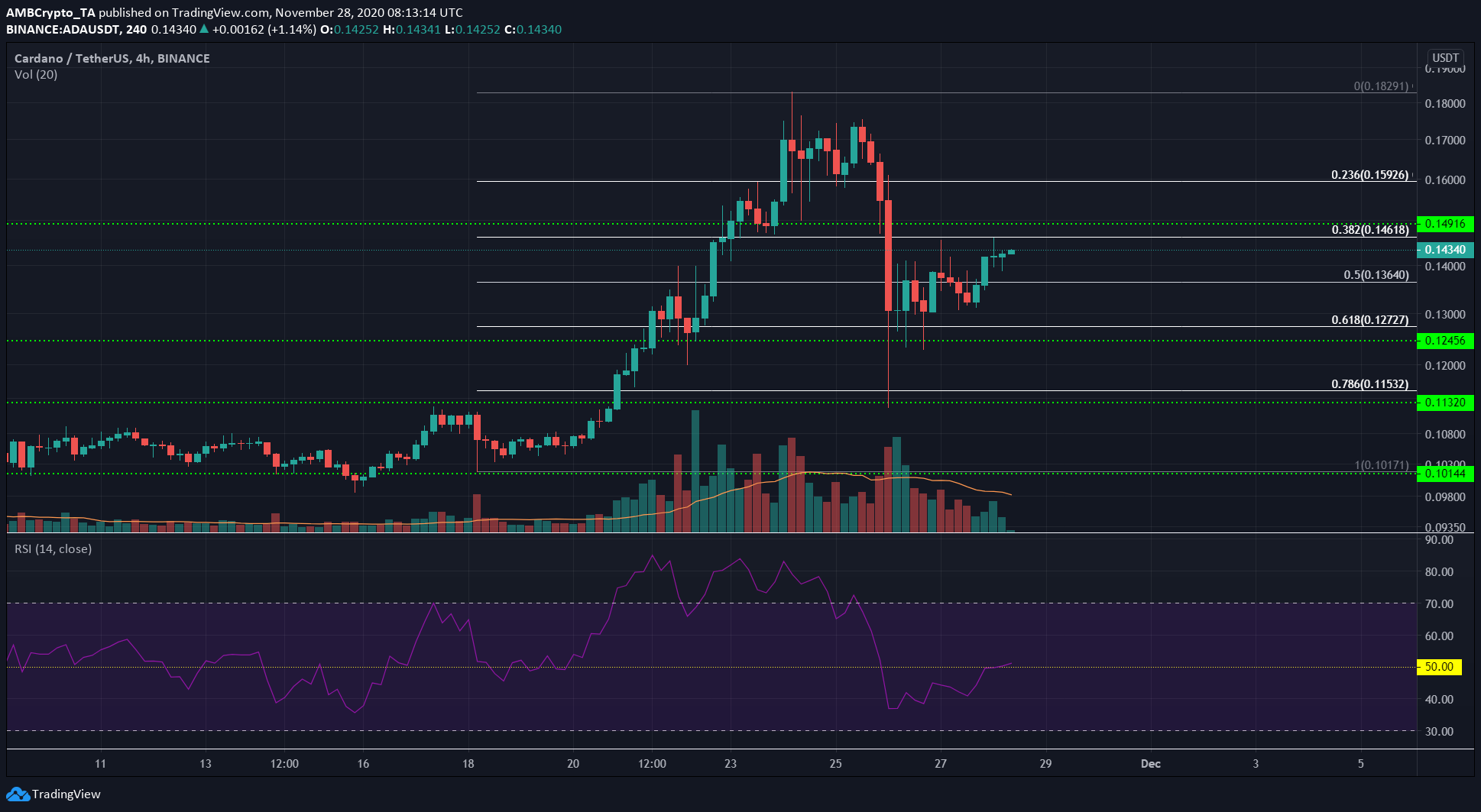 ADA experienced a correction in its strong uptrend and tested the 61.8% retracement level as support, drawn using the Fibonacci Retracement tool for ADA’s move from a swing low of $0.101 to a swing high of $0.182.

ADA made gains in recent hours but the trading volume has been weak. The RSI also picked up and stood at neutral 50 and showed a recovery toward the bullish side in the past couple of days. 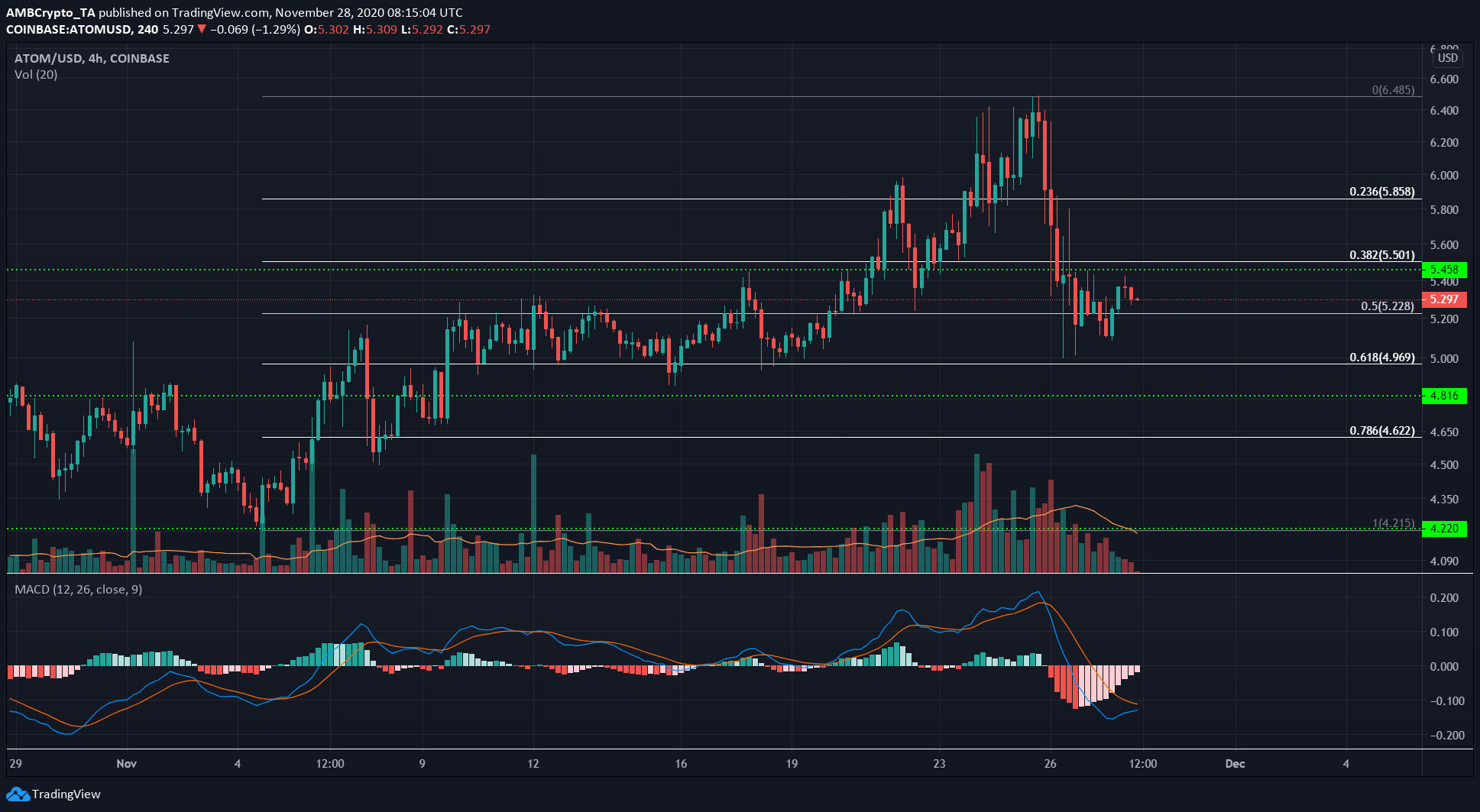 ATOM straddled a level of support at $5.22, the 50% retracement level highlighted by the Fibonacci Retracement tool.

The trading volume has steadily declined to indicate that ATOM might be set to trade around the $5.2 level in the coming days. It will also be heavily influenced by a strong move from either BTC or ETH.

The MACD indicated a strong bearish momentum behind the asset, which was to be expected given that the past few days saw ATOM lose close to 20% in value. 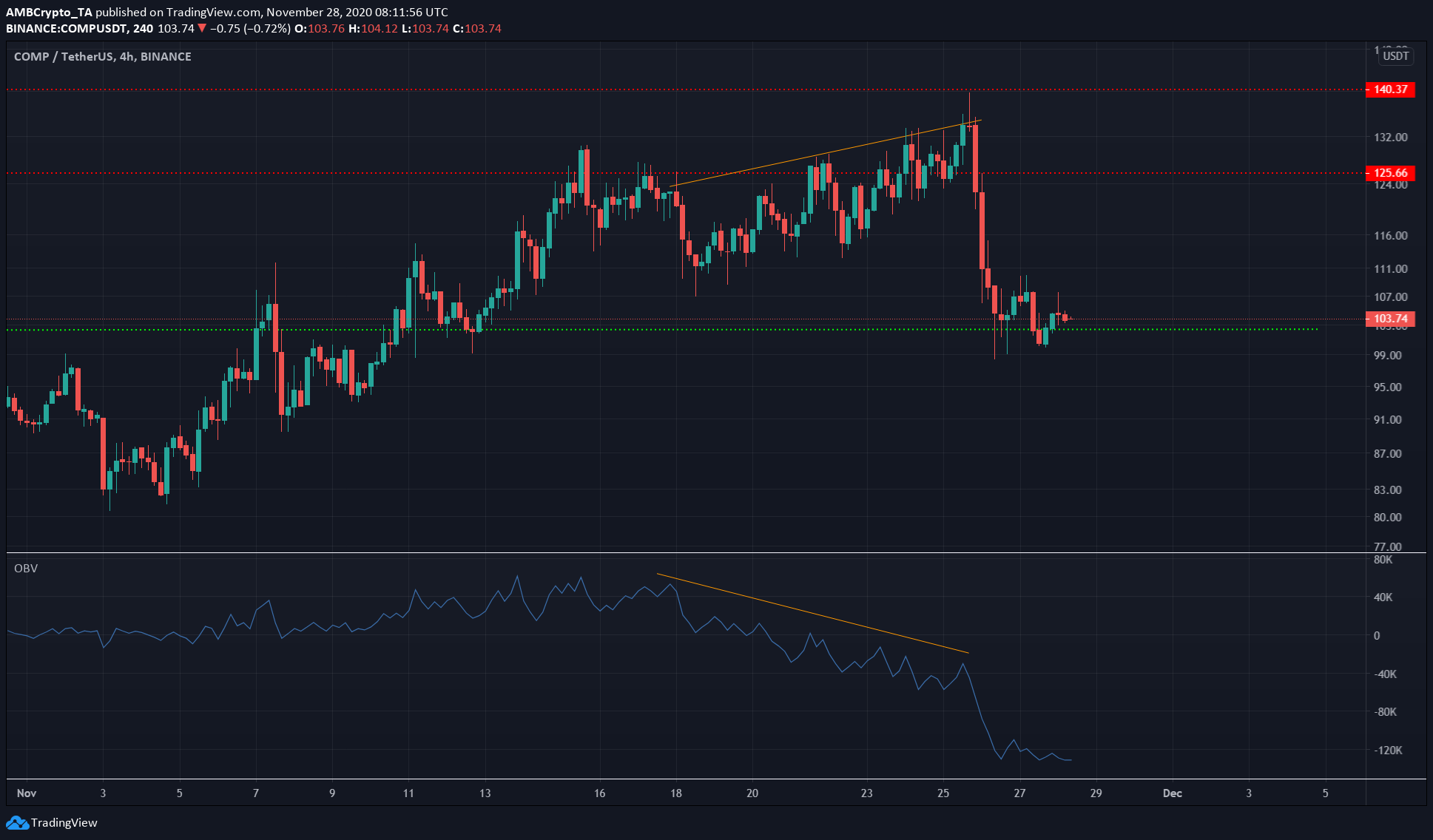 COMP exhibited a bearish divergence when the rest of the altcoin market surged and was likely propelled upward only by the bullish sentiment in the entire space as Bitcoin inched toward ATH.

While many other coins witnessed only a correction, COMP wiped out all its gains in the past 10 days, and then some, in a matter of hours.

$100 has been a strong region of support for COMP in the past and could serve well once more. It can be expected that COMP will consolidate above support or even see a dip below the level over the next few days.

In related news, Compound Finance Founder Robert Leshner addressed the liquidation of $85 million DAI borrowed from Compound that occurred on Thanksgiving morning, and claimed it was due to ‘adverse market conditions’.

As price drops, are Bitcoin hodlers on the backfoot?