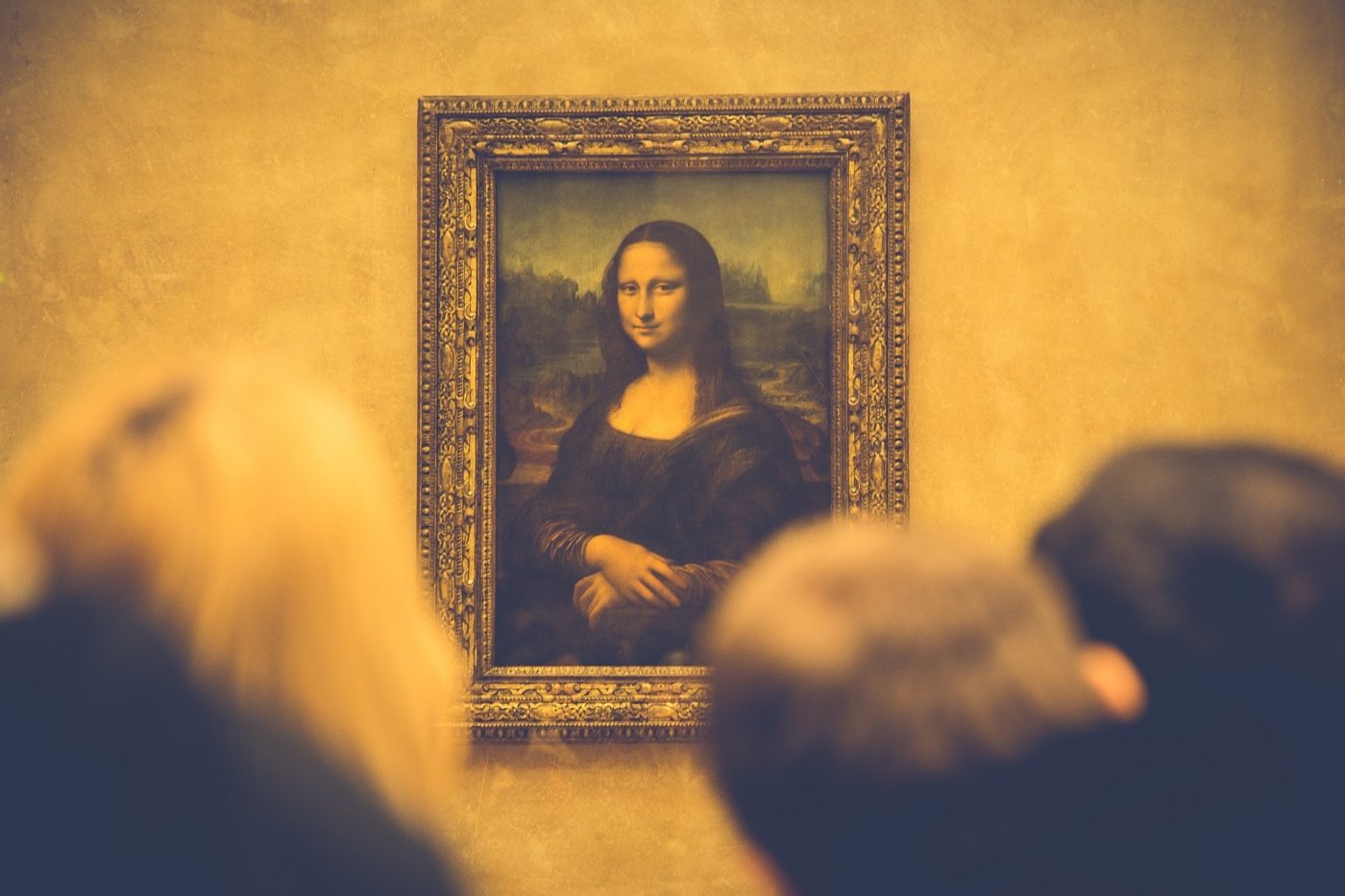 Its been exactly 51 days since the Black Thursday market crash and it is fair to say that a majority of the market has recovered from the bloodbath last month.

However, it is fair to say that one of the market’s major crypto-exchanges, one towards which a lot of fingers were pointed at during the unexpected collapse, hasn’t been the same since.

On 13 March, BitMEX users saw $750 million in Bitcoin liquidated in a matter of just minutes. While BitMEX claimed its outage was caused by a planned DDoS attack against the exchange, many believed that it was due to the exchange’s inefficiency towards managing over-leveraged trading on the exchange.

Talking about BitMEX’s massive blunder, the damage was recently highlighted after even though Bitcoin‘s valuation went above $9000, BTC Open Interest on the exchange took the opposite route. 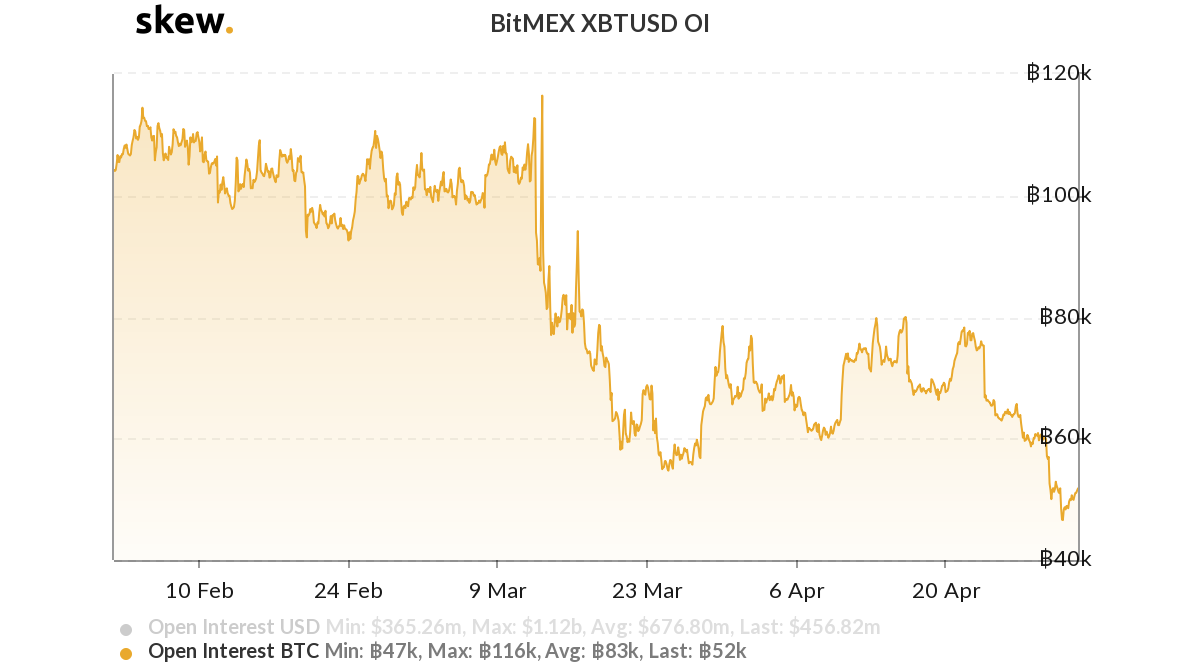 Data from Arcane’s latest weekly update revealed that last Wednesday, BitMEX recorded its biggest short squeeze over the past year with over $112 million in short liquidations. The daily volume was identified to be high, but the fact was that day traders were trying to take advantage of the market’s extreme volatility. About the Open Interest, the reported noted,

“A reduction in OI indicated that traders on futures exchanges were forced out of their positions at a faster rate than they initiated new positions.”

In addition to the consistently declining Open Interest on BitMEX, the exchange hasn’t made any recovery on the 40 percent BTC accumulation loss suffered following the crash. 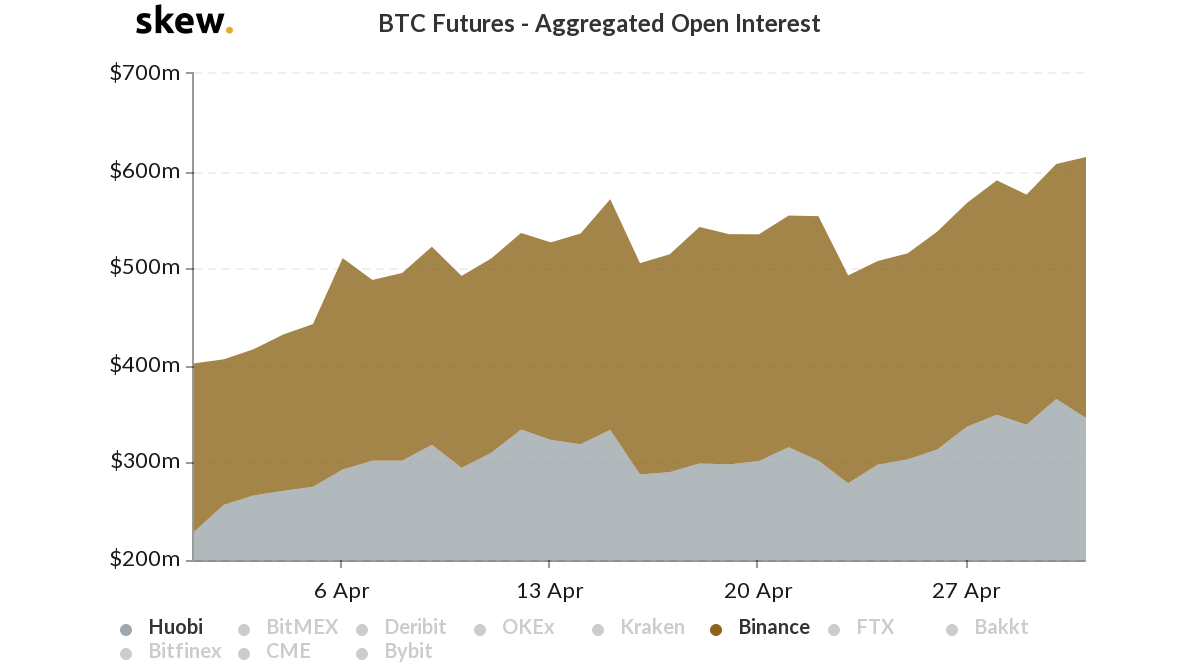 Now, other rival exchanges haven’t been staying put and the rise in Open Interest for Binance and Huobi indicates that the market is radically shifting from BitMEX to other major exchanges.

At the moment, Huobi and Binance are almost neck-in-neck with their 24-hour Futures volumes, registering figures of $3.67 billion and $3.47 billion, respectively.

What’s next for BitMEX?

Early last month, it was reported that BitMEX users were still waiting for their refund following their losses on BitMEX, which for one user, were as high as $150,000. There hasn’t been an update on that front, but it can be said that the community hasn’t really warmed to BitMEX just yet.

With Bitcoin currently on the rise and BitMEX failing to attract the traders, it could be a long way back to the top for the exchange if it keeps tumbling down in the derivatives market.

Will Bitcoin’s velocity help it overshadow April’s performance with May’s?