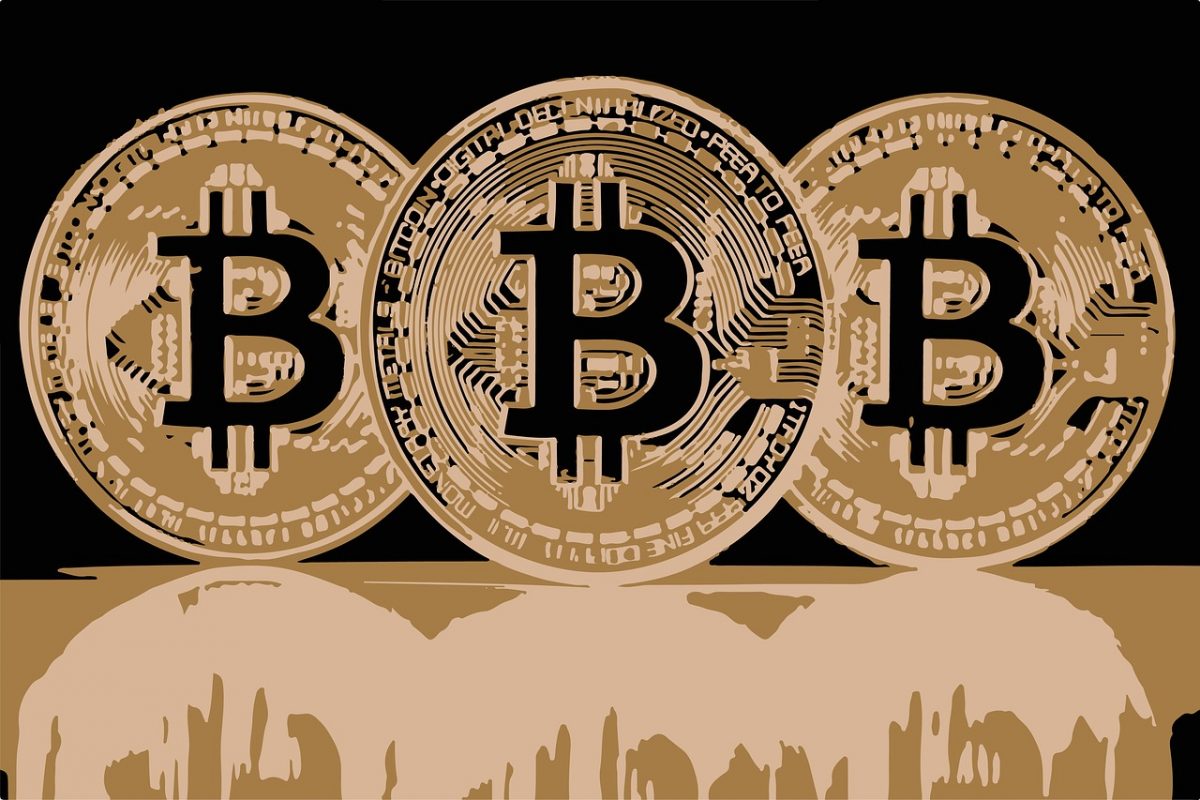 Bitcoin’s recent market movement has been one beset with volatility. However, some optimists still believe that the price of the world’s largest digital asset can still surge to $300k levels. On the contrary, realists in the market are certain that the chances of Bitcoin climbing back to $19k so soon are unlikely. This, alas, hasn’t stopped the traders from making money when the coin was down on its luck. At press time, Bitcoin was valued at $9,304.66, with the market showing some signs of consolidation.

As the Bitcoins Options market point to a huge expiration of contracts on 26 June, traders in the market are now taking positions to mitigate the risks. One of the measures being followed by them is to accumulate the coin and not transact. This hodling behavior of traders may have contributed to the on-chain fundamentals of Bitcoin taking a hit over the past week. According to analytical data provider Arcane Research, the Network Demand Score fell to a 2/6 this week, the lowest level since early-March, before the market crashed.

This metric developed by Bytetree incorporates network velocity, transaction value [$], fess [$], and miner’s rolling inventory [MRI]. As growing demand is measured at points 4,5 and 6, and weaker demands are indicated by 0,1, or 2, a score of 3/6 suggests that the demand is at an inflection point. 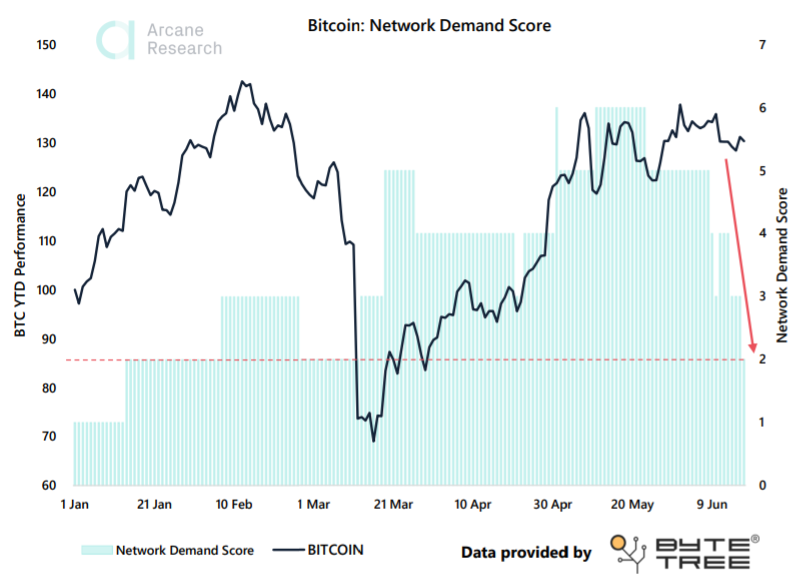 The present score underlines the weakness of the MRI, velocity, short-term spend, and short-term fees. As per the same, transaction value had gained by 0.86%, but the transaction count had dipped by 1.33% over the last week. Further, Miner fees in USD dropped by a whopping 18.89%, along with active addresses after it noted a fall by 0.71%. However, the possible reason for these indicators suggesting a falling market may be due to the limited activity on the blockchain.

Previously, a report by Glassnode had suggested that miners were delaying the sale of their Bitcoin for a more opportune time. This was to cut the mining costs, which will be possible only when the price of Bitcoin rises. However, if most traders offload their BTC once the price begins to rise, we might witness a strong sell-off in the near future.

At press time, Bitcoin’s volume was continuing to move sideways along with the price, as the sentiment in the market was slowly moving closer to “neutral” after being stuck at “fear” for months.