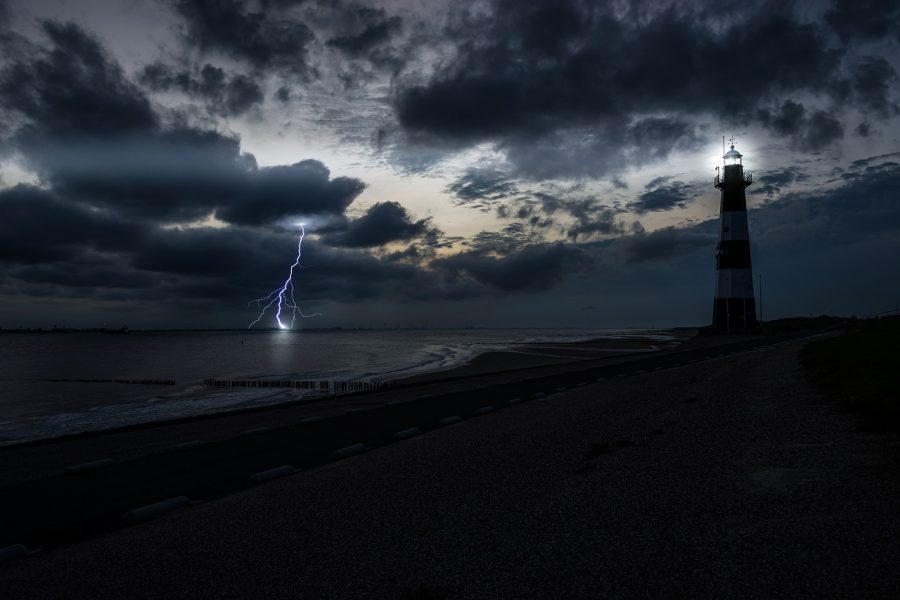 After remaining dormant in the later part of 2019, Bitcoin’s market saw strong buyers’ momentum as the price of the coin climbed over 28% within the first 15 days of January. Bitcoin‘s rally caused a ripple effect on the prices of most major altcoins. The Bitcoin ecosystem has come up with multiple products to solve its scalability issues, like Lightning Network. However, according to a paper published by a Bank of England and Federal Reserve Bank of Cleveland, Peter Zimmerman, and Anantha Divakaruni, of the University of Bergen, the Network has become increasingly centralized.

The authors of the paper compared Lightning Network data from 1 April 2018 and 31 August 2019 to find that when the structure of the network was compared, it was found that it had become more centralized as characterized by a small number of highly connected users.

In the figure below:

“Each black node depicts an LN user, and each red line represents an LN channel between those nodes. The thickness of a line represents the channel capacity; that is, the number of bitcoin pledged to that channel. The size of a node represents its relative importance in the network, measured by eigenvector centrality.” 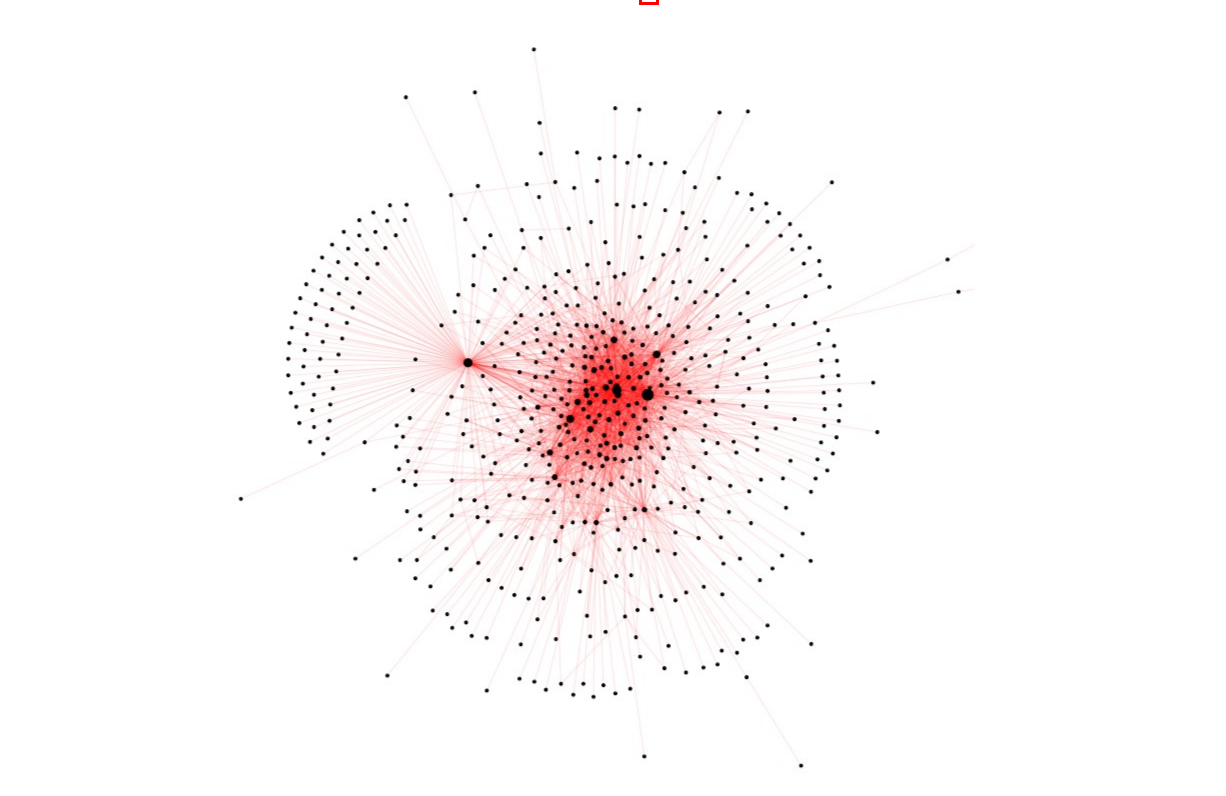 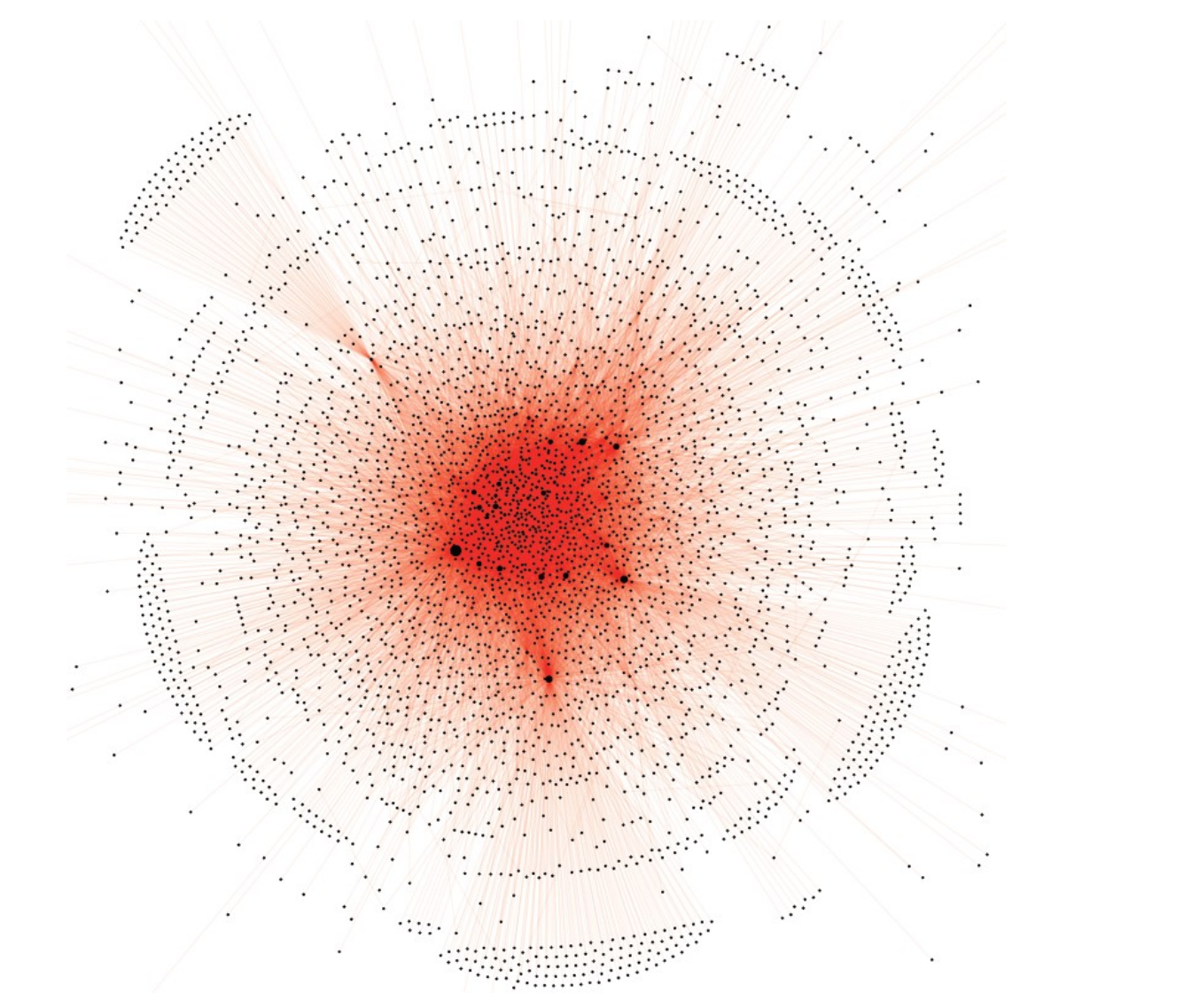 Between the mentioned period, participants in the LN have risen five-fold from 1,1145 to 5,699, however, the mean number of nodes each node connects t0, has increased only from 7.7. to 11.4. This reduced the connectivity between nodes from 0.7% to 0.2%. While the eigen vector centrality of five of the most-connected nodes saw a spike suggesting that the network “is increasingly reliant on a few core nodes.”

“These statistics are consistent with a network in which a few core nodes become more important as intermediaries, while the rest remain peripheral.” 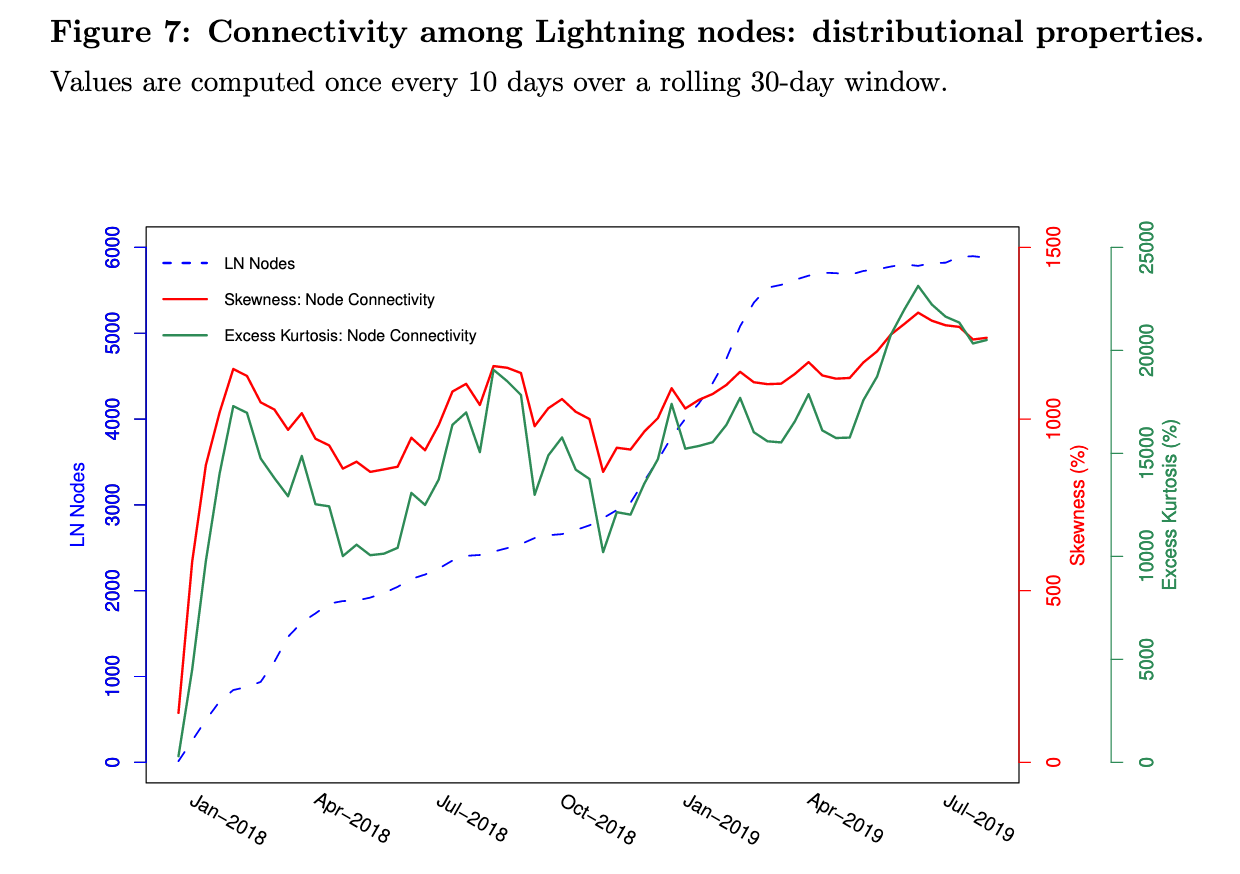 The above image plotted the skewness and excess kurtosis of the distribution of connectivity over time with the number of nodes present in the network. While the connectivity distribution marked a positive skewness, an excess kurtosis was projected, meaning a bulk of Lightning nodes are highly connected and a large number of sparsely connected nodes.

“Both skewness and excess kurtosis tend to rise over time, consistent with increased centralisation.”

However, the increased centralization also helped LN to maintain its low-cost usage.

36% of SMEs in US accept cryptocurrency