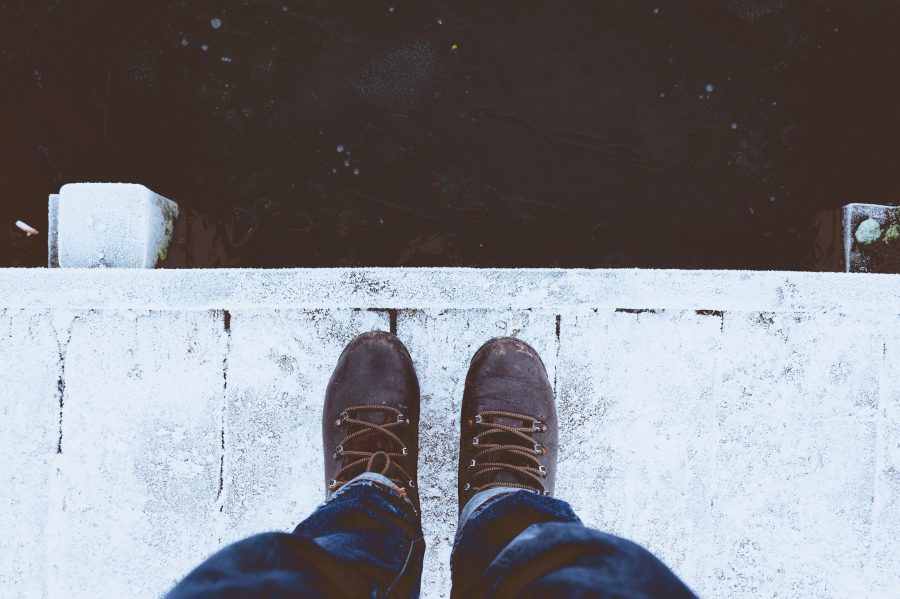 Yet another Bitcoin drop saw stablecoins come under the microscope.

On 19 February, Bitcoin returned to its five-figure mark, this time with the backing of the golden cross. Futures volumes were up, quarterly and half-yearly premiums were rising, and the halving bulls were in full flow. Then, out of the blue, Bitcoin dropped, losing over 5.5 percent of its value and climbing down to $9,500.

This rapid fall, especially with bullish architecture in the market, saw people suspect the old villain – Tether. The market’s most dominant stablecoin has, in the past, recorded a peculiar movement with Bitcoin’s price, printing more, as the price dropped. This time was no different.

Whale Alert, a tracker of large-scale coin movement noted on 19 February that 60 million USDT were minted by the Tether Treasury. Paolo Ardoino, CTO at Bitfinex and Tether, was quick to issue a PSA which said that the print was part of an “inventory replenish.”

PSA: Inventory replenish.
Note this is a authorized but not issued transaction, meaning that this amount will be used as inventory for next period issuance requests.

Interestingly, this print coincided with an “unscheduled maintenance” announcement by Binance. Based on previous reports that Binance’s USDT coffers were running dry, several pieces of speculation suggested that the CZ-led exchange would be the recipient of the Tether print.

Mati Greenspan, Founder of Quantum Economics, likened the printing pump and the subsequent price fall in his letter to investors, comparing it to the U.S Federal Reserve’s open market operations, seen towards the end of 2019.

While Tether has long been a suspect behind Bitcoin price pumps and dumps, on this occasion, other stablecoins joined the act. Two in particular – Gemini dollar [GUSD] and True USD [TUSD]. 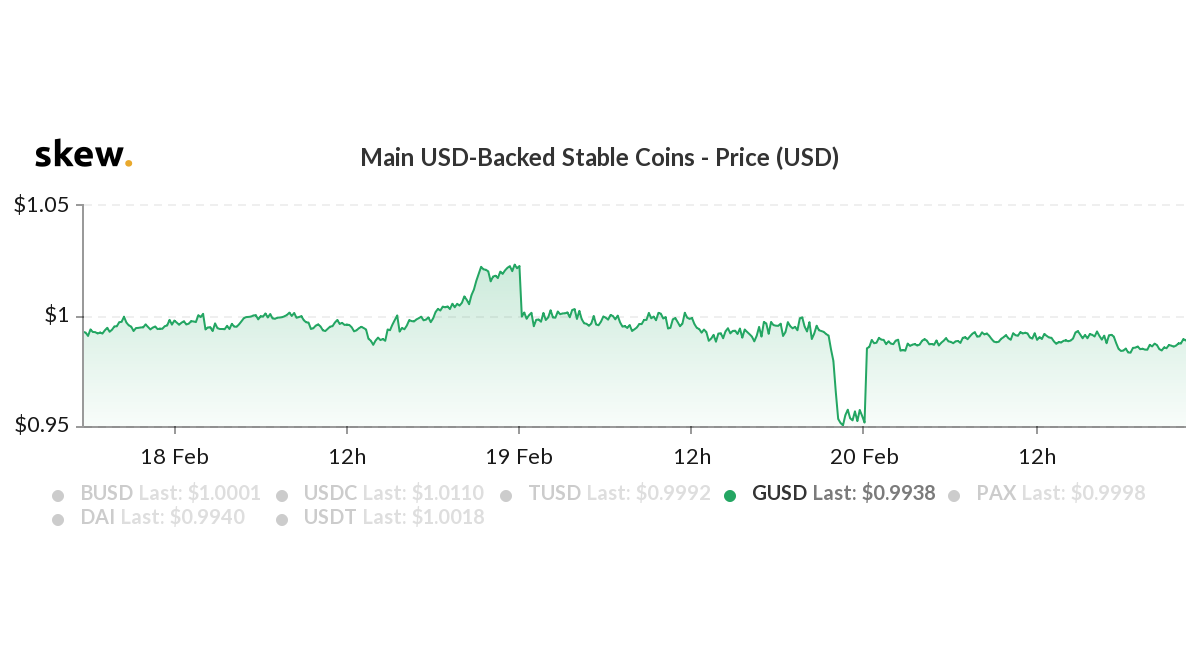 The stablecoin introduced by the Winklevoss twins, prior to and post the pump, saw its peg move significantly. On 18 February at 2330, GUSD was priced at $1.023 and in less than 24 hours, its pairing with the dollar dropped to $0.9513.

Further, this movement was restricted to GUSD markets as the other stablecoins did not see the peg divergence as seen in the Gemini dollar market. 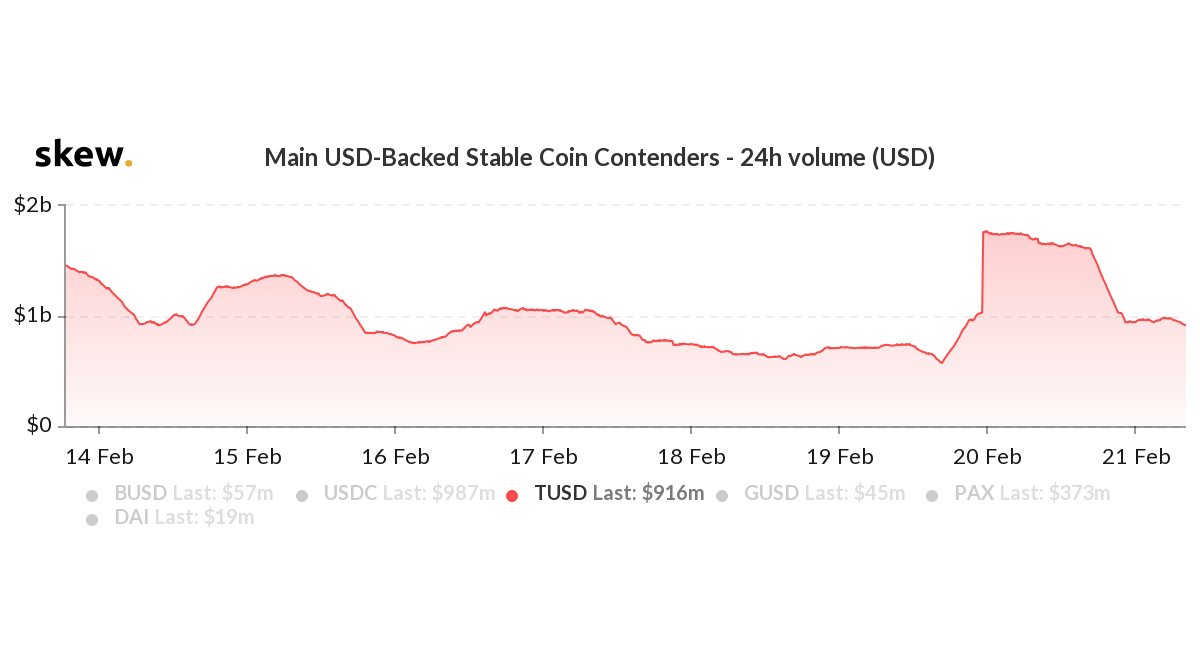 True USD, another popular stablecoin, saw its volume pump by over three times in a matter of a few hours, with trading concentrated in one exchange only. At 1600 UTC on 19 February, the volume of TUSD rose from $573 million to $1.8 billion, a 213 percent volume increase.

Hong Kong-based exchange Bit-Z was the major recipient of this increase, with data from BraveNewCoin suggesting that over 90 percent of TUSD’s volume, at the time, came from Bit-Z. Conversely, according to CoinGecko, from Bit-Z’s $13.95 million trading volume, the TUSD/USDT trading pair saw over 26 percent dominance, with a spread of 1.03 percent.

Here, it should be noted that the increase in TUSD volume was a pump as it soon fell down to $950 million, and, at press time, continued to drop.

Not just Tether, but the larger stablecoin market has recorded many peculiar market movements over the past few days. And, perhaps, it’s no surprise that Bitcoin recorded a massive drop.

Bitcoin, other crypto-assets’ success in the future may depend on fiat