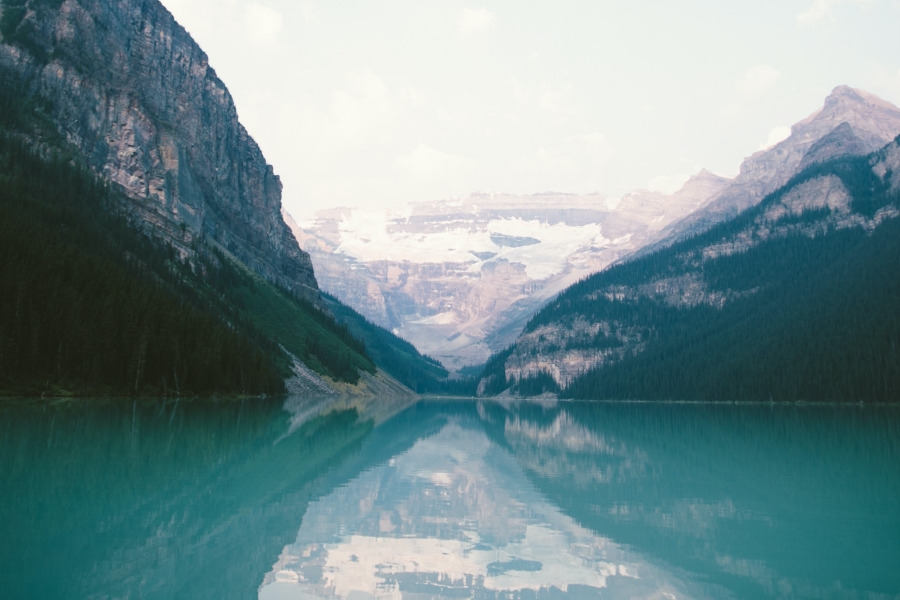 2020 brought hope to the Bitcoin community after BTC rose above the $8000 mark within the first week of the year. The original cryptocurrency had been moving under the $8000 mark since late-November, and rose to the $9200 mark less than two weeks after crossing above it. At the time of writing, Bitcoin had a market value of $8387, with a market capitalization of over $153 billion according to CoinMarketCap. 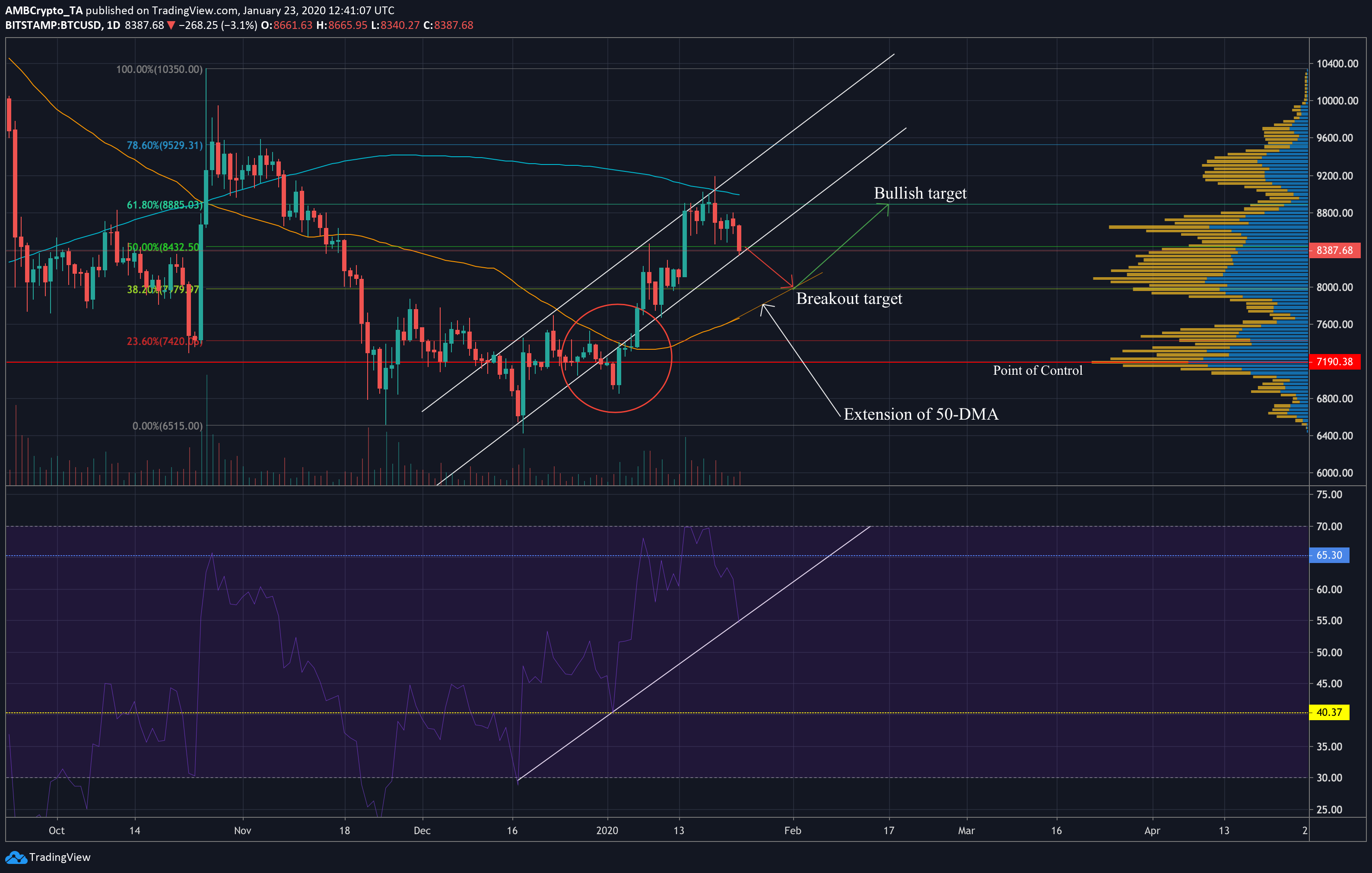 Bitcoin appeared to have been moving through an ascending channel formation since mid-December, with BTC value steadily rising over the last four to five weeks. Channels are generally considered to be continuation patterns, and since BTC entered the channel through a downward movement, further devaluation can be expected over the coming weeks.

The Relative Strength Index (RSI) indicator was in the safe zone — neither overbought nor oversold. However, since mid-December, it has found support on the upward sloping line drawn in the lower half of the chart. A closer look at Bitcoin price at the times RSI touched the support shows the price broke out of the ascending channel pattern, which could indicate a bearish breakout to come.

The 50-day moving average was well below the price line, which is usually a bullish signal for the short to medium-term. However, BTC has been in a death cross since November last year and though the 50 and 200-DMAs looked to be in a position to converge, Bitcoin could see a move downward movement from the pattern boundary, which it had been testing at the time of writing.

However, the 50-day moving average looked to be moving up, and could serve as a support after the price breaks down from the pattern. By this point in time, the 200-DMA is likely to have bent further down and might unwind this nearly 2-month long death cross into a bullish scenario. This could push Bitcoin back up to $8400 level at the 61.8% retracement line by mid-February, and possibly higher afterward.

Additionally, each time Bitcoin tested the pattern boundaries over the last month, trade volume spiked relative to volume on the days around it. With the latest BTC candle at the lower pattern boundary, we could see further volume reduction in the near future, which could lead to Bitcoin’s price gravitating toward the point of control on the volume profile, at least down to the 38.2% Fibonacci retracement line at $8000. 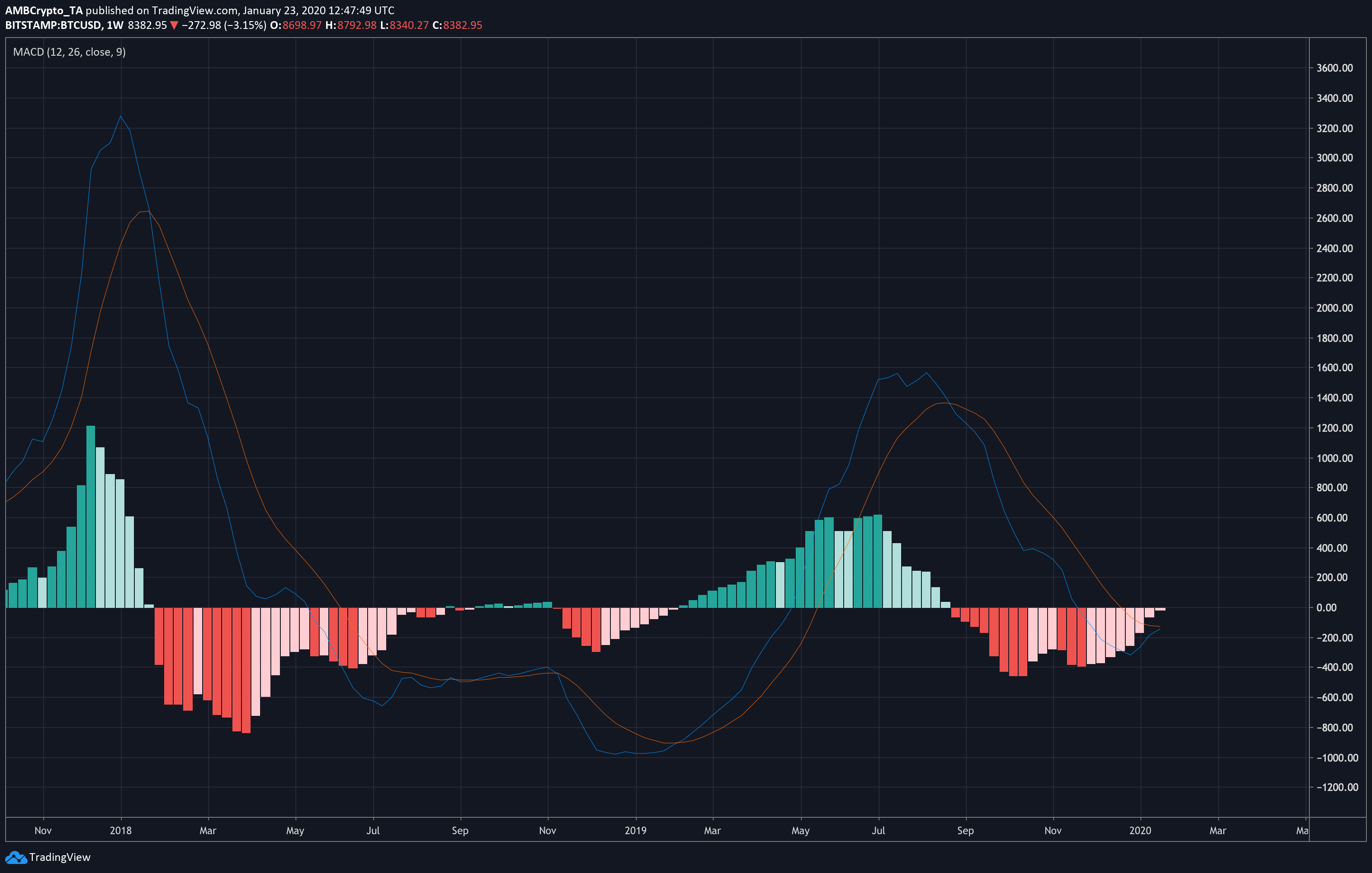 Another notable indicator is MACD on the weekly time-frame, which showed the blue MACD line poised to cross above the signal line. This is usually a strong signal of long-term bullish price action, as the last time this indicator turned green, on February 4 last year, Bitcoin was spurred into a bull run, gaining nearly 320% over the next four months.

The breakout from the ascending channel could indicate that Bitcoin is in for a short-term drop to $8000. The pattern of trading volumes over the duration of the ascending channel also supports this hypothesis. However, BTC will likely rise back up to $8400 by mid-February after bouncing off the 50-day moving average by the end of this month.

From a more long-term perspective, the 50 and 200-day moving averages could unwind the death cross from November last year. With MACD poised to shift into a bullish crossover on the weekly time-frame, Bitcoin could be in for a bull run.