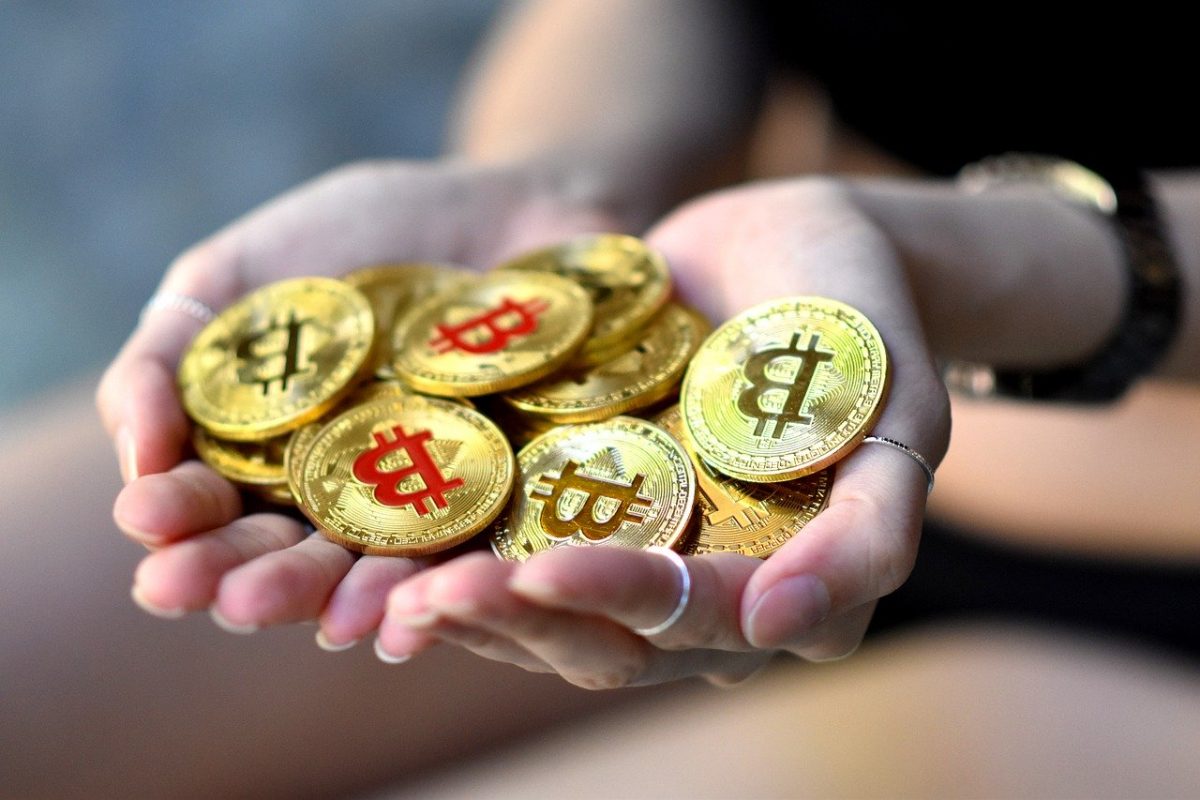 Bitcoin has not seen a bull run for almost 3 years now. With the last bull run ending on December 17, 2017, most people are yet to witness a bull run. This is an extended bear market and a pre-bull run phase, where the price has the least volatility.

Perhaps, this extended bear run is due to adoption, increased liquidity, and institutional investment. With more money coming in, volatility might reduce, but then again, this is speculation as adoption/liquidity isn’t enough to get a Bitcoin ETF approved. However, a simpler explanation is that the Bitcoin cycles are lengthening with each bull and bear run.

Regardless, the important thing is the pre-bull run phase which is characterized by its low volatility.

As mentioned in a previous article, volatility and inaction of price is reminiscent of the year 2016, when the price was about to start its historic rally. Even though this is being addressed as the pre-bull run phase, there is still a small drop to come. As of today, a new weekly candle has started, however, the last four weekly candles have all seen a lower close, indicating a bearish touch. 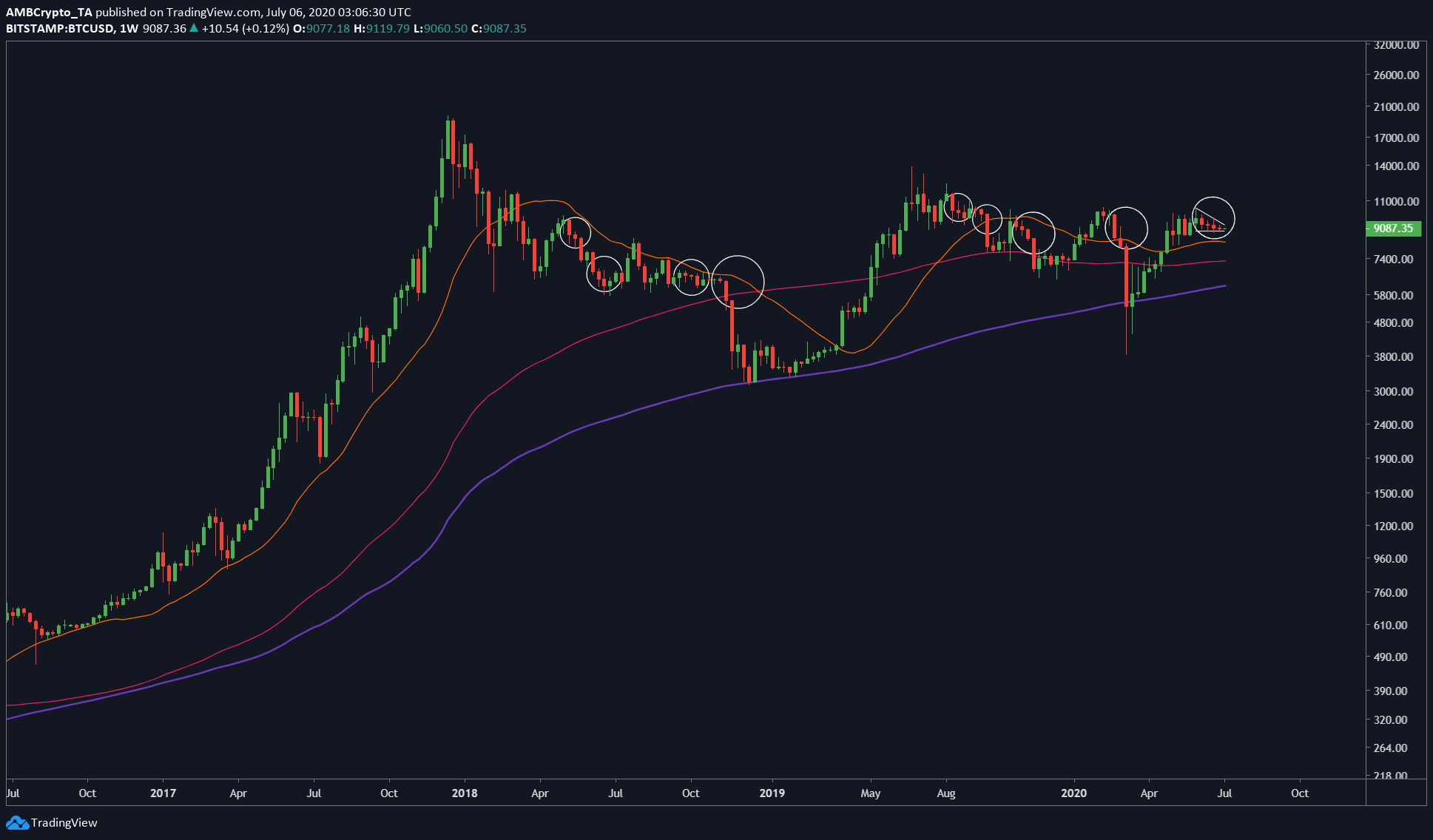 Additionally, 21 WMA [orange] has acted as a support during bull runs and resistance during bear runs; currently, it is supporting the price, but considering the bearish pattern, there might be a retest as soon as the price drops.

The retest of 21 WMA at $8,274 coincides with 200 DMA on a daily time frame, which supports the theory of this level being strong support. Hence, an assumption that a bounce from here would be the best place to start the much-anticipated bull run, could be more than a whim. 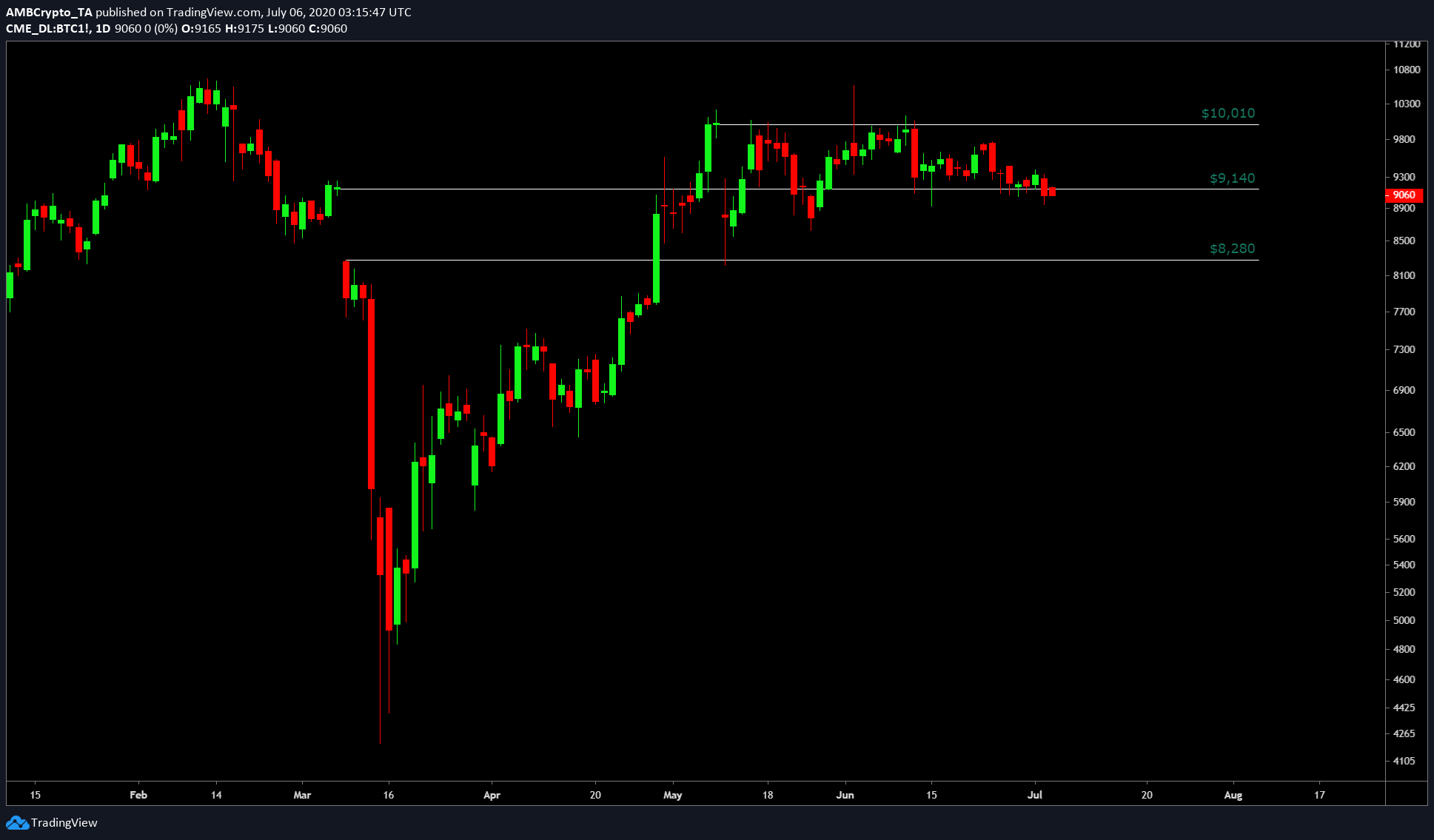 CME gap that extends from $8,280 to $9,140 also coincides with this drop, hence further supports the theory of an incoming drop.

Bitcoin’s current low volatility is ‘striking’; Has the market changed?