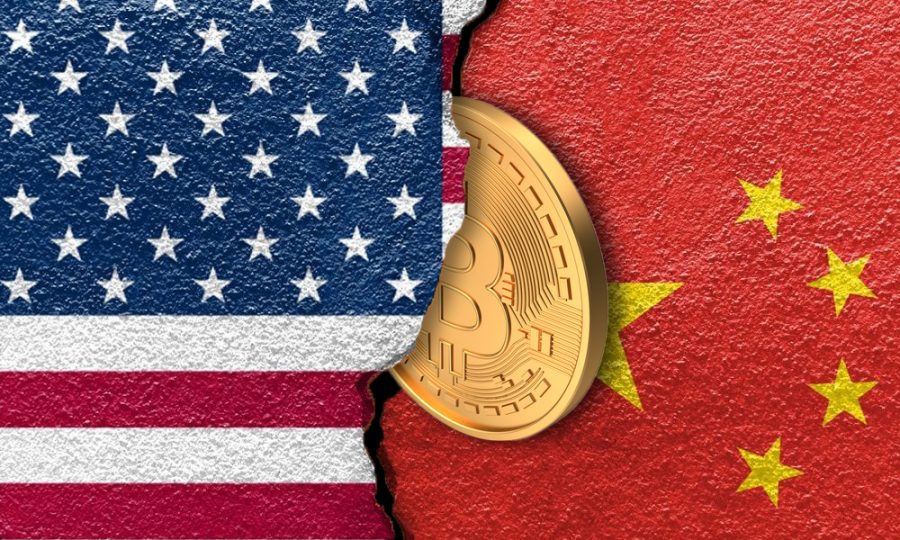 The Chinese Yuan has crossed ‘7’ for the first time in over a decade causing massive economic unrest on a global scale, causing stock markets and other assets to tumble. It has coincidentally caused the price of Gold, Bitcoin, and other stores of values to surge.

The Federal interest rate cut, the trade war between U.S. and China, Japan and Korea, etc have all caused unrest on a macro level sending ripples across every major country in the world. The most important one is perhaps the decision by President Donald Trump escalating the U.S. China trade war which has been hanging in limbo for more than 3 months now.

Trump’s announcement to increase import tariffs caused the Chinese Yuan aka renminbi to hit and cross the psychologically important level – 7. This news had a ripple effect on important currencies across the world: the Indian Rupee has collapsed by 1.25%, Korean Won by 1.09%, Australian Dollar by 0.7%.

Apart from the currencies, there has been a noticeable drop in assets like S&P500, U.S. government bonds 10-year yield, DJI, etc and it could be linked to both, today’s decision by Trump and the Federal Chairman’ Powell’s decision of interest rate cuts. The interesting (yet most obvious) turn of events includes the increase in the price of assets like Gold, Silver, Bitcoin, etc, which are considered as “store of value” assets.

More often than not, during times of panic and crisis, investors turn to assets that retain value irrespective of global events. The capital flows out of the country during such events, causing a domino effect, pushing the markets further down. The last time a similar incident occurred in 2015-16, there was massive capital outflow, which caused the foreign reserves of China to tumble by approximately $1 trillion.

As noted by the Wall Street Journal:

“A weaker yuan carries benefits: all else being equal, it makes the country’s goods more attractively priced abroad, and would widen the cavernous U.S. trade deficit with Beijing, a personal bugbear of President Trump.”

In 2018, China constricted the capital outflow in hopes to stabilize the Yuan, with only a handful of overseas investment channels available to mainland investors in China. This time, however, the PBOC thinks differently; many strategists think there is no point in defending the Yuan if it crosses the ‘7’ mark, instead, they want to use this to their advantage.

Only time will tell how this decision by Chinese strategists plays out.

During times of crises, safe-haven assets like Gold, Silver, and others have been known to be the best store of value. Although similar to Gold, Bitcoin has far more superior characteristics making it a better store of value and often dubbed as Gold 2.0 by many enthusiasts.

At press time, Bitcoin Vs. CNY showed a striking resemblance/correlation in how the price has evolved over the last couple of weeks. They look like polar opposites of each other.

Bitcoin price has risen by approximately 10% or $1,100. As seen on CoinMarketCap, the top five exchanges that had the highest volume for Bitcoin were Asian. Bit-Z, the exchange that provided the highest trading volume of $900 million, following it was OEX exchange based in Singapore; Binance followed OEX as it contributed a total fo $609 million in trading volume.

Speaking with AMBCrypto, the co-founder of Three Arrows Capital, Su Zhu said that events like these caused, what he calls, “macro convergence” where the capital was flowing out of China and into Bitcoin and Bitcoin being traded as a “financial haven asset”.

Bitcoin has received a boost from this macro convergence as it now trades above ~$11,700 and the market cap has once again breached the $200 billion mark. Although the U.S. China trade war is hurting China and other countries, Su Zhu mentioned that it was “fundamentally bullish” for Bitcoin and that “long-term accumulators” might have to “hasten their buying schedule”.

Related Topics:Su Zhu
Up Next

Cardano’s Daedalus all set to witness a significant upgrade