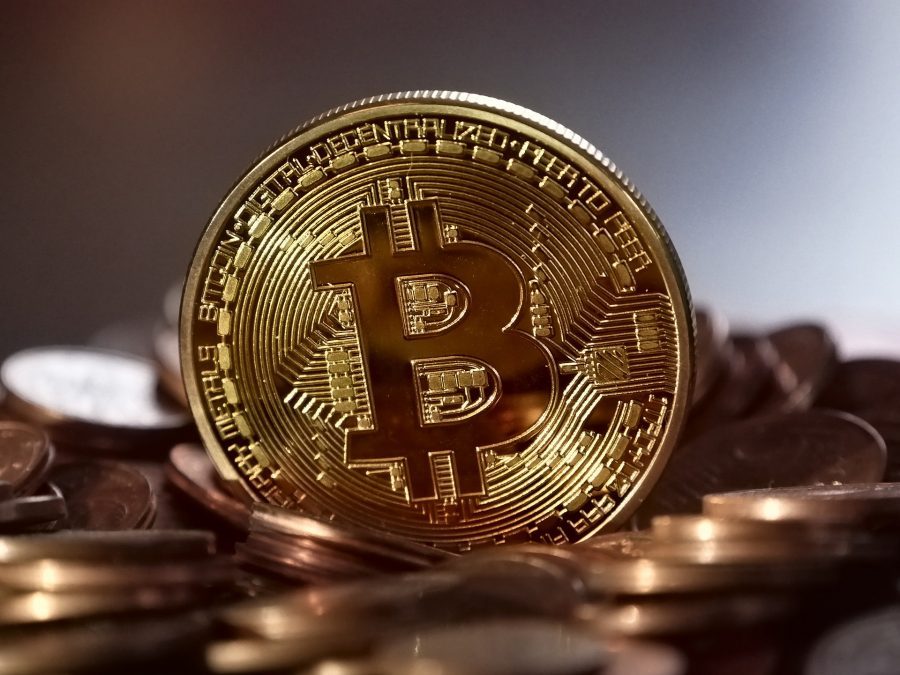 Bitcoin no longer seems to be in a race against the U.S dollar to become the world’s most used currency. Rather, Bitcoin’s price trends have made it clear that it is playing a different game altogether. While the Bitcoin whitepaper envisioned Bitcoin’s future as a truly decentralized form of payment, today’s scenario for the king coin is quite different.

Today, the major narrative surrounding Bitcoin is regarding its store of value status, something that puts it in competition with gold. While a comparison with gold dwarfs Bitcoin’s claim as a worthy store of value, many investors today feel that Bitcoin has finally found its long-term niche.

A report by popular crypto-exchange Kraken highlighted Bitcoin’s potential to drive adoption purely because of its lucrative store of value proposition. The report highlighted the importance of the halving event and how it will help maintain Bitcoin’s value

“The minting process is subject to 50% reductions, bitcoin supply follows a disinflationary curve. The upcoming halving will reduce annual supply inflation from a rate of 3.7% to 1.8%.”

The drop to 1.8% is extremely significant as the 2% inflation mark target is widely upheld by banks as they try to maintain the same for their respective currencies.

In the long run, for store of value purposes, inflation-prone assets are not ideal. Assets such as gold are considered to be immune to inflation in relation to assets like fiat currencies. The report also highlighted how $1 in 1973 had the same purchasing power as $5.73 today. Since 1973, the year the U.S decided to no longer peg the dollar to gold, the U.S dollar has seen a cumulative inflation rate of 472.53%.

When analyzing the long term prospect of assets, the stock-to-flow (SF) ratio is a commonly used metric to evaluate the value of long term assets such as gold by taking into account the scarcity of the asset. Bitcoin performs rather well via this model and comes second only to gold. The SF ratio for Bitcoin in early 2020 was around 27.55 while gold’s SF ratio was 63.48. In other words, when compared to other precious metals that are popular investment tools, Bitcoin clearly outperforms them all.

The halving event for Bitcoin is expected to further strengthen Bitcoin’s position as a legitimate investment tool and it is likely to shape the narrative regarding Bitcoin for the coming years.

Further, taking a look at Bitcoin and gold’s correlation, the past year represented a rising correlation between the two. According to skew markets, the 1-year Bitcoin-Gold Realized Correlation has been on a clear upward trajectory. 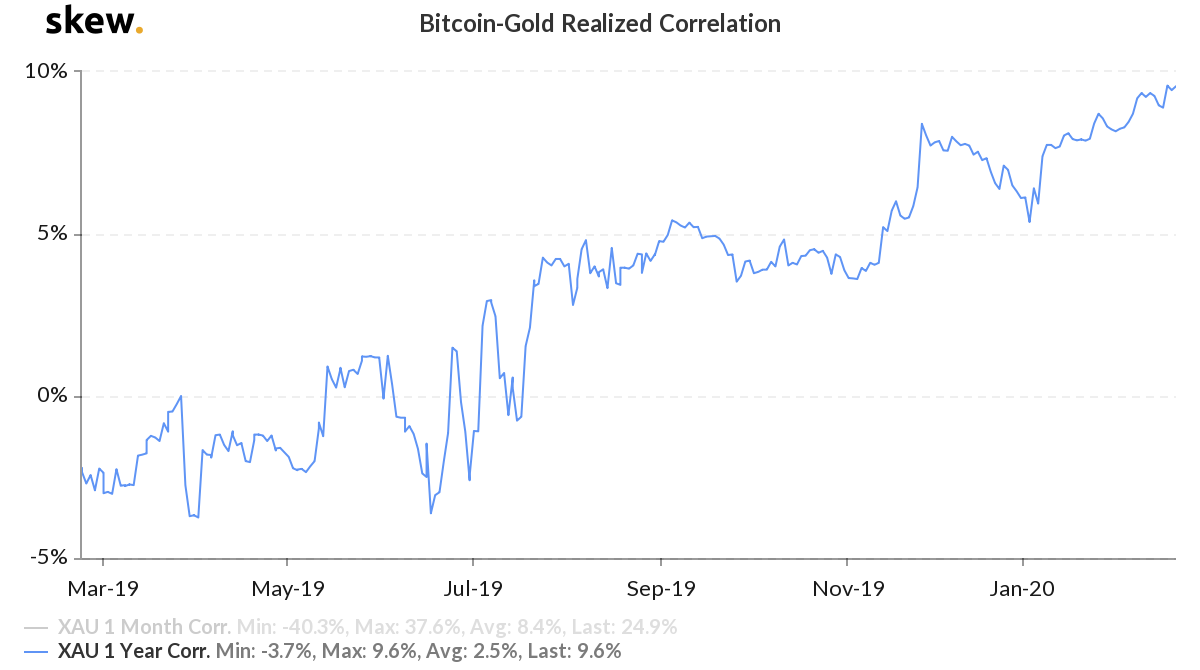 Bitcoin’s issues with scalability and its fairly complicated verification mechanism have stopped it from becoming the go-to currency for most people. At the same time, the past decade has also been able to reveal Bitcoin’s hidden potential i.e. its ability to be a significant investment tool.

Zac Prince, BlockFi CEO, in a recent interview had said that the reason why most people buy into Bitcoin is not so that they can spend it. He went to say that the ultimate goal remains to hold on to Bitcoin and wait for the price to appreciate. Similar comments have been shared by other proponents of the king coin, people who believe that the price of Bitcoin will definitely go up thanks to the 21 million cap on the total number of Bitcoins that can ever exist.

With Bitcoin’s halving coming up and as the digital asset further cements itself as an investment tool for traditional investors, Bitcoin and gold may have an intertwined future, given the limited supply of both.

Related Topics:bitcoinKrakenStore of value
Up Next

Bitcoin failing to ‘prove uniqueness’ with respect to portfolio diversification