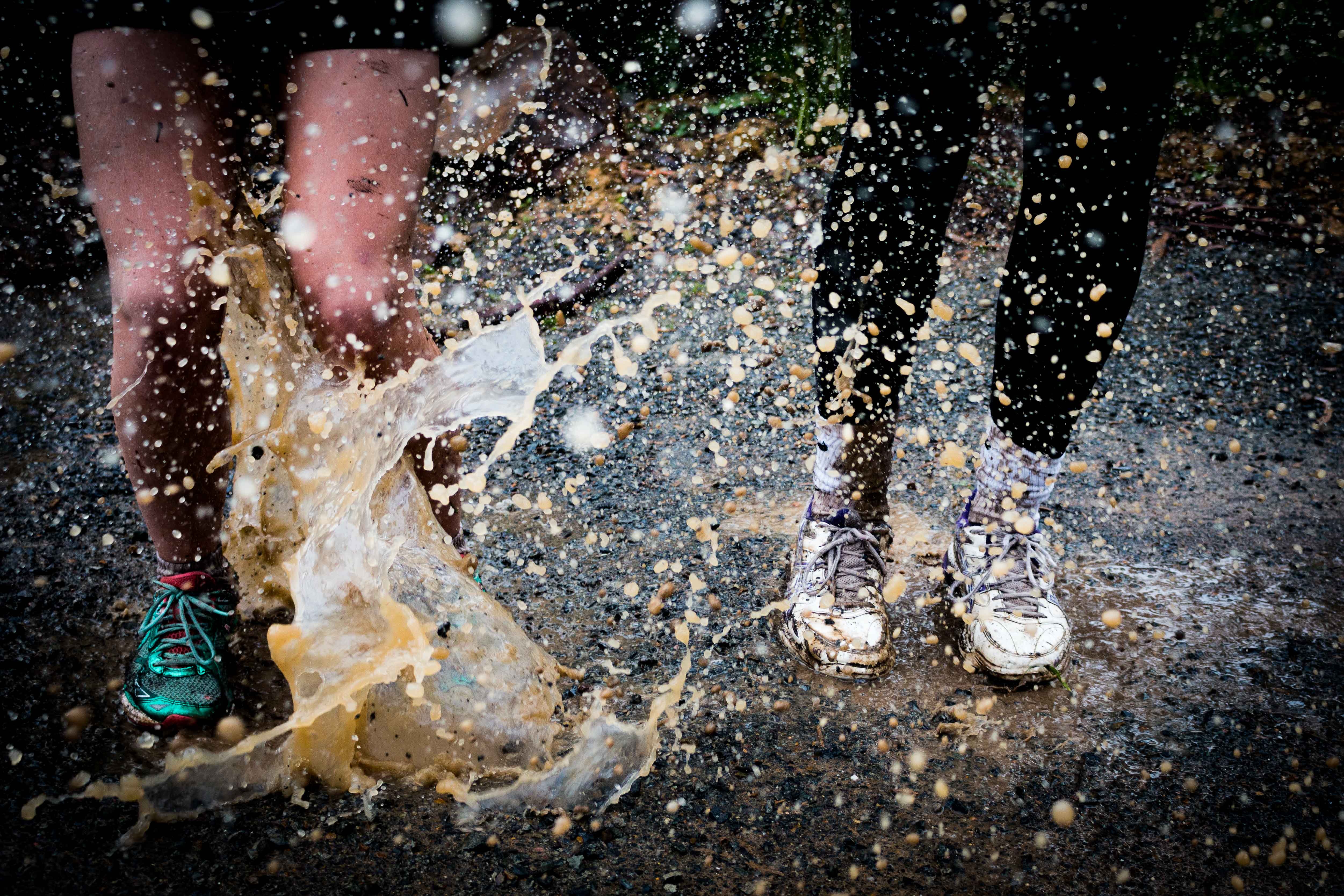 In the month of September as Bitcoin’s price took a tumble, so did the stablecoins. Seen to serve different sectors of the market, some as a trading hedge, some as a trading pair, or some as a crypto-investment bridge, stablecoins have a multitude of purposes, yet their use, in a sluggish market is teetering.

According to the Crypto Compare’s Monthly Exchange Review, Bitcoin trading to Tether [USDT], the prime stablecoin dropped by a whopping 21.29 percent from August to September. Despite being the most popular stablecoin in the market, ahead of competitors like USD Coin [USDC] and Paxos Standard [PAX], USDT’s by-and-large drop is notable.

It should be noted here that Bitcoin monthly trade volume from August to September dropped significantly. Crypto-to-crypto exchanges saw a fall of 28.57 percent, representing 84 percent of the total cryptocurrency exchange volume. Fiat-to-fiat exchanges which represent 16 percent or $83.93 million volume saw a monthly drop of over 17 percent from August to September.

When looked at the same from the perspective of fiat and stablecoins, USDT stands tall with 6.22 million BTC in converted volume. Second on the list is, unsurprisingly, US dollar [USD] which accounts for just under 1 million BTC traded. Two other fiat currencies follow up with the Japanese yen [JPY] and Euro [EUR] taking the third and fourth spot with the Korean won [KRW] in sixth behind Circle and Coinbase dollar-pegged stablecoin. 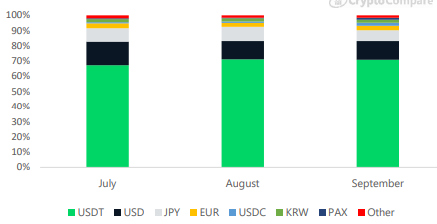 USDT, despite witnessing a wholesome drop in their volume, owing in large part to the overall crypto market’s slump than it’s personal tidings, was still the favorite among stablecoins or fiat currency. The report stated that, for the month of September, Bitcoin trading into either of the two trading pairs [stablecoin or fiat] was dominated by Tether – 70.95 percent. This figure was still lower than its August equivalent, but higher than July, where the USDT dominance was below 70 percent.

The two top fiat currencies i.e. USD and JPY took account for less than 20 percent of the Bitcoin traded in September.

In terms of the dominant fiat currency of the fiat-to-crypto exchanges that have the highest average daily volume, only exchanges based in the US, Japan and South Korea make up the top-10, hence the influx of their national currencies.

South Korea’s Bithumb takes the top spot with other KRW dominant exchanges like Huobi Korea and Upbit present among the elite. Only one Japanese exchange finds a place in the top-10, Liquid, with over $4.03 billion monthly trade volume and $134.49 million average daily volume. American exchanges take six spots in the list, featuring prominent exchanges like Coinbase, Coinsbit, P2PB2B, Bitfinex, Bitstamp and Kraken.

It should be noted here that out of these top-10 American, Japanese and South Korean exchanges, only three have been given the “AA,” rating according to CryptoCompare’s exchange benchmarking. Namely – Coinbase, Liquid, and Bitstamp.