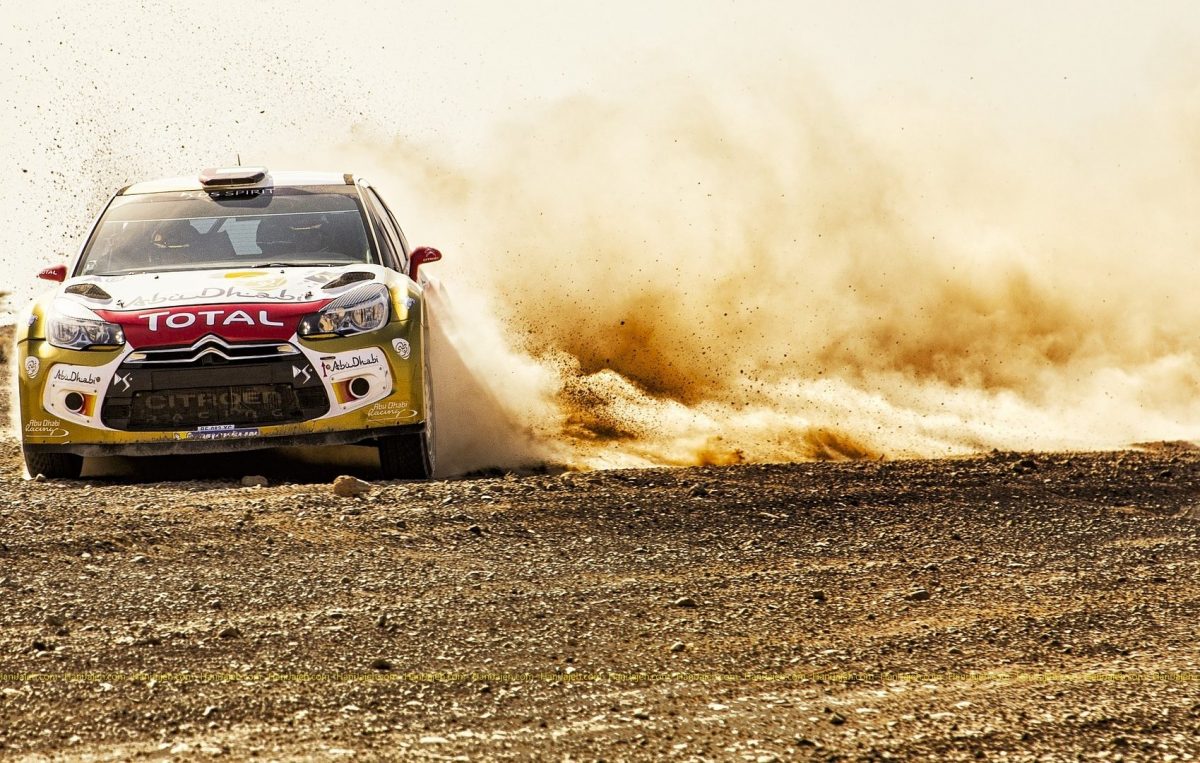 Following Bitcoin’s massive flash crash last month, the cryptocurrency market was reeling for a long time, with many altcoins heading downwards. However, this was not the case with stablecoins. In response to the growing volatility in the king coin’s price, crypto-traders flocked into the stablecoin market in a bid to hedge the current storm, with the most popular and controversial stablecoin, Tether, continuing to dominate the figures. 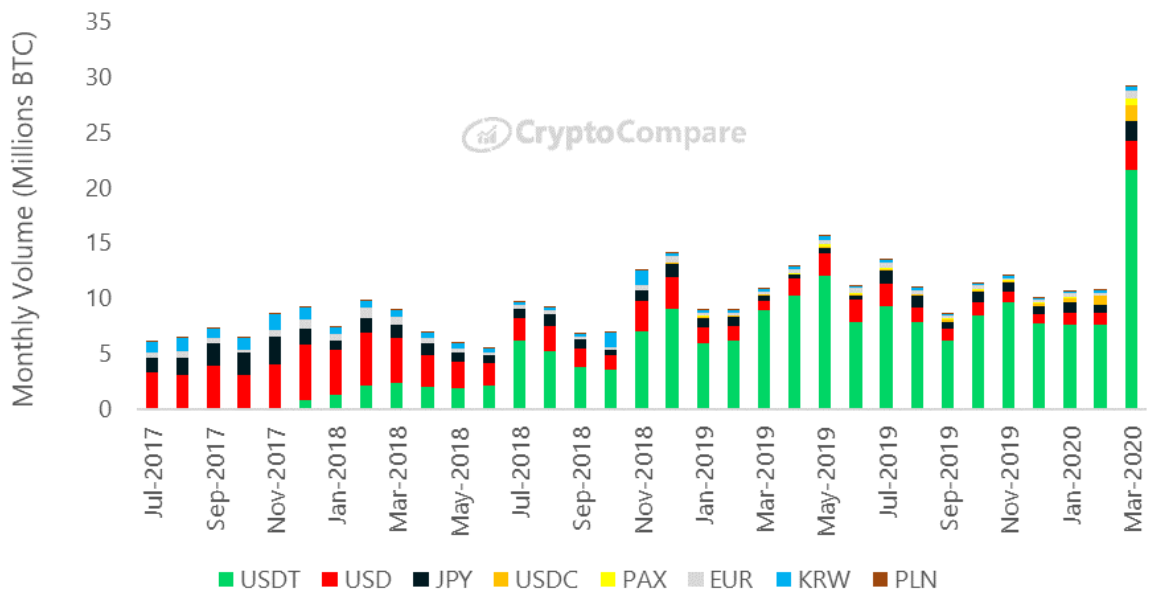 Interestingly, the BTC/USDT market now represents 73% of the total BTC traded into fiat or stablecoins. According to the data charted by the crypto-analytics firm Skew, the USDT market cap shot up by 23% over a period of 24-hours from 23rd to 24th March.

Despite the fact that the Bitcoin market lacked momentum for the most part in March, the figures for USDT market cap continued to ascend and, at press time, stood at $6.5 billion. 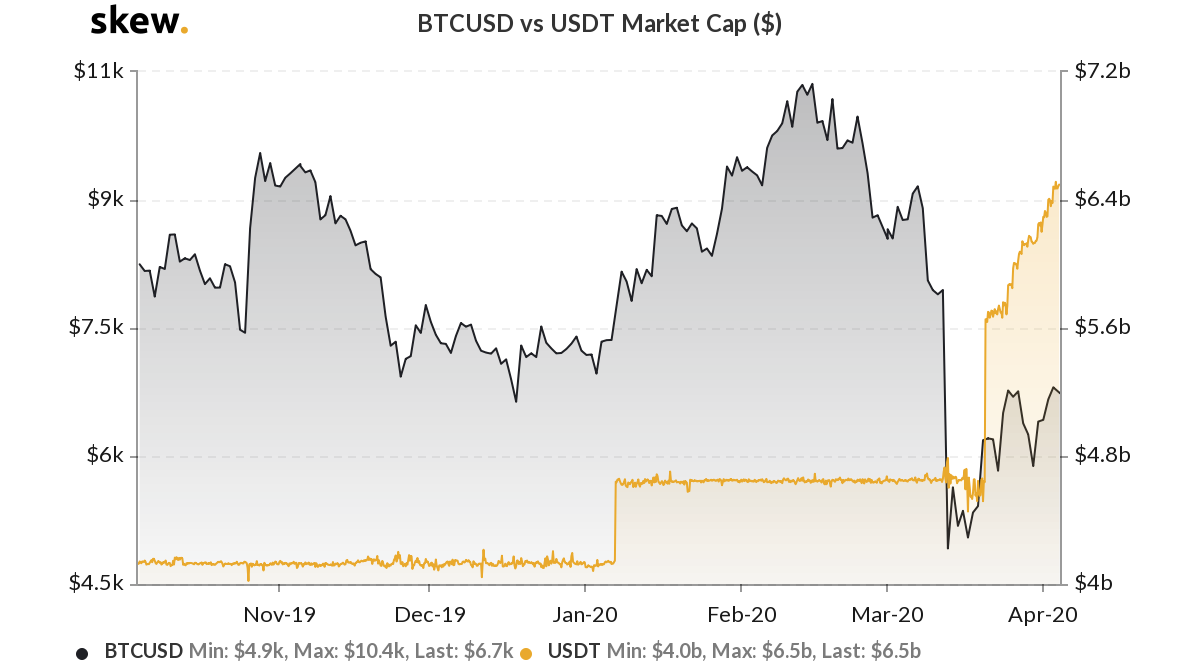 Notably, it is not USDT that saw an overwhelming increase in trading. According to BitMEX’s blog, other stablecoins such as USDC and PAX also surpassed the BTC/EUR and BTC/KRW markets in terms of total volume traded into BTC. In addition to that, the BTC/USDC and BTC/PAX markets traded 1.35 million BTC, meaning a surge of 71%, and 0.67 million BTC, an increase of a staggering 1553%, respectively, in March.

The contenders’ market cap, according to the Skew charts, rose substantially. Among those was the stablecoin USDC whose market cap soared from $256 million on 1 January 2020 to $821 million on 4 April, meaning an increase of 220% in the last 4 months. With respect to PAX, these figures rose from $331 million to $1 billion over the same time frame, an increase of over 200%. This was indicative of the sign that investors were “piling into ‘cash’ or at least crypto-cash equivalents.”

Despite the rise in the contenders’ market cap, Tether continued to remain the undisputed leader of the stablecoin realm.  Along the same lines, the blog added,

“USDC and PAX have become popular in recent months, with USDC representing approximately ~5% of BTC volume into stablecoins and PAX at ~2.5%. Despite their growth, the BTC/USDT pair still represents the majority of BTC traded into stablecoins at ~92%.”

Litecoin continues on its uptrend as NEO, DigiByte stay on course

Stellar, Nano, Huobi Token gear up for yet another bullish swing