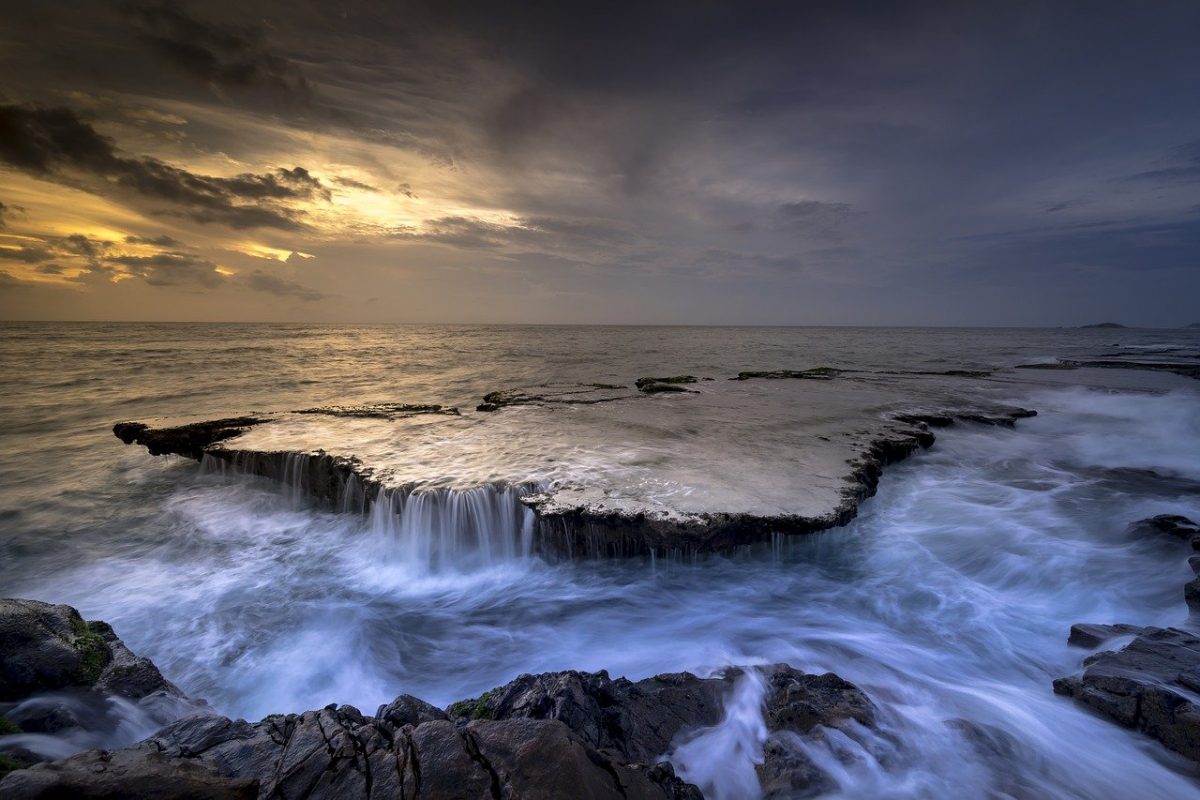 Bitcoin was trading at $19,300 and Bitcoin Dominance climbed from the day’s low of 61.1% to 63.36%. This happened along with a pullback for many altcoins, and Ethereum also dropped slightly from $620. Bitcoin SV and Basic Attention Token were beginning to see a drop in price, while Cosmos had already exhibited a bearish divergence a few hours ago and bears were in the ascendancy in the short-term. It was too soon to tell if the surge across the altcoin market was merely stalled, or had reversed. 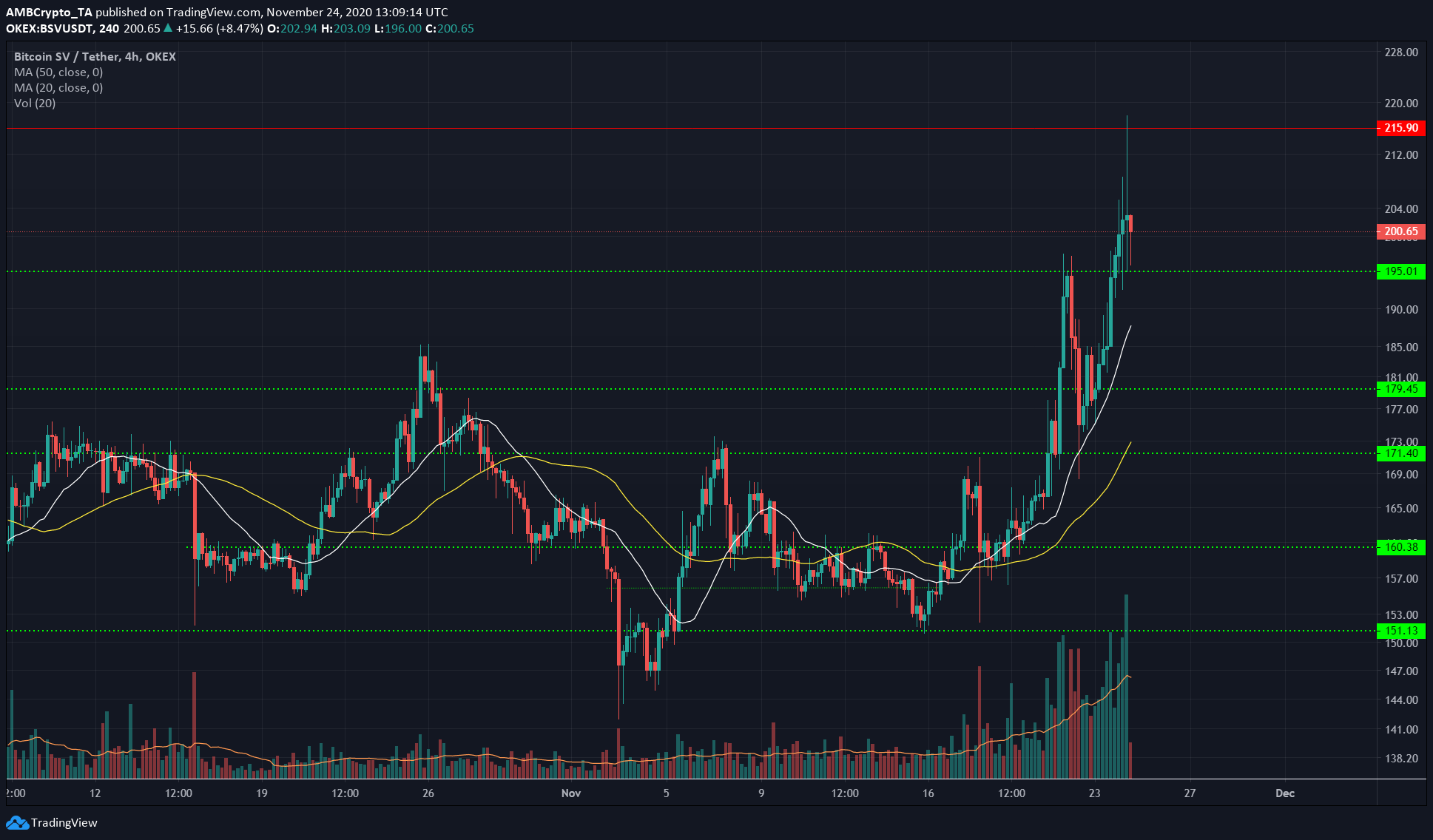 Like many other altcoins, the 20 SMA (white) for BSV was racing to catch up with the price and could serve as support in the coming hours.

Trading volume has steadily risen to extraordinary levels, and the levels of support from the 20 and 50-period moving average (yellow), and $180 and $171 can be expected to hold the bears at bay.

Bitcoin and Ethereum will have an influence on BSV for sure in the coming days. 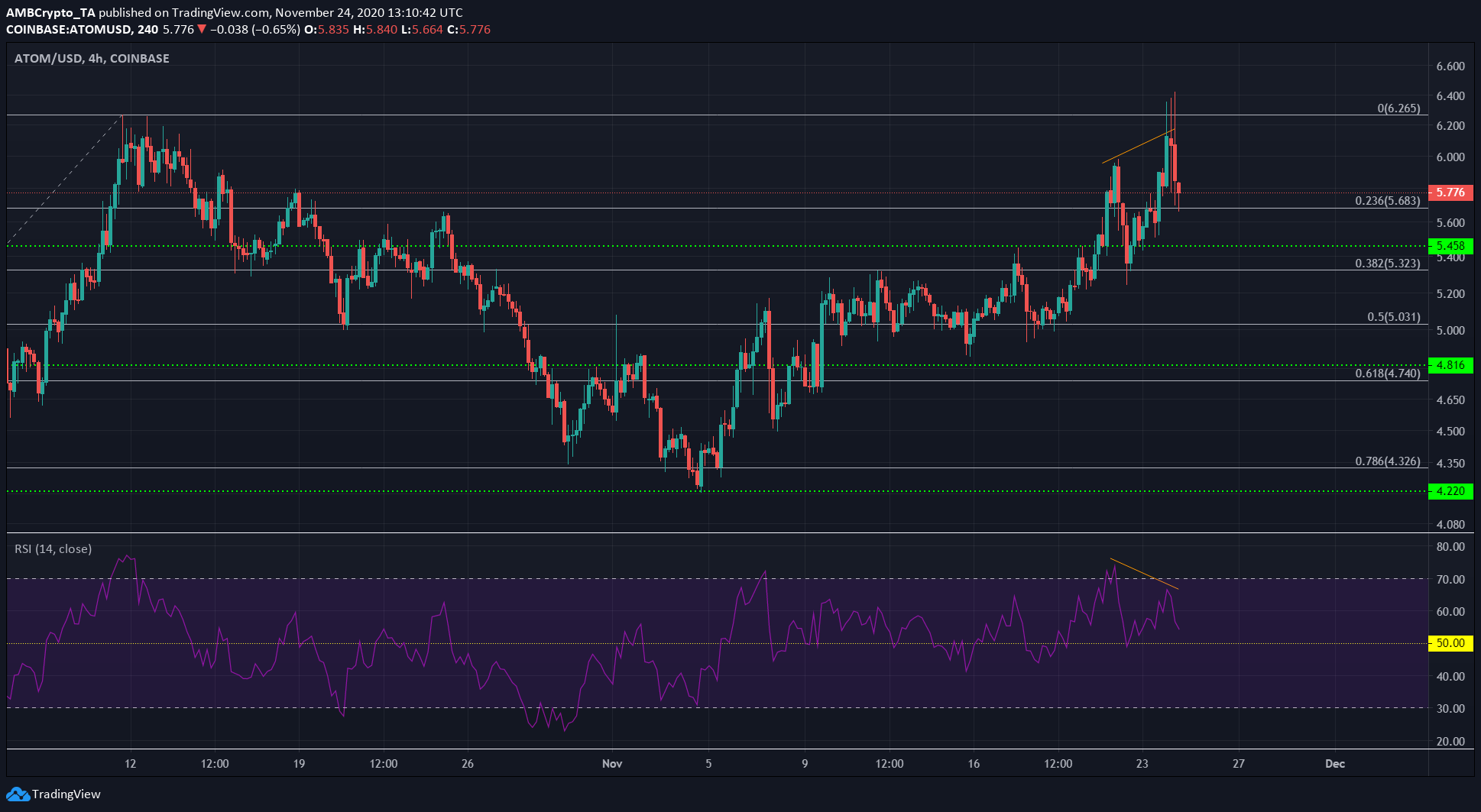 Bears and bulls tussled to push the price around but eventually bears won the skirmish, but the levels of support for ATOM would be where bulls look to regroup and attempt another move upward.

$5.68, the 28.6% Fibonacci retracement level, as well as horizontal support at $5.45 can be levels where ATOM sees a bounce upward. A close below either level could see the RSI dip into bearish territory. 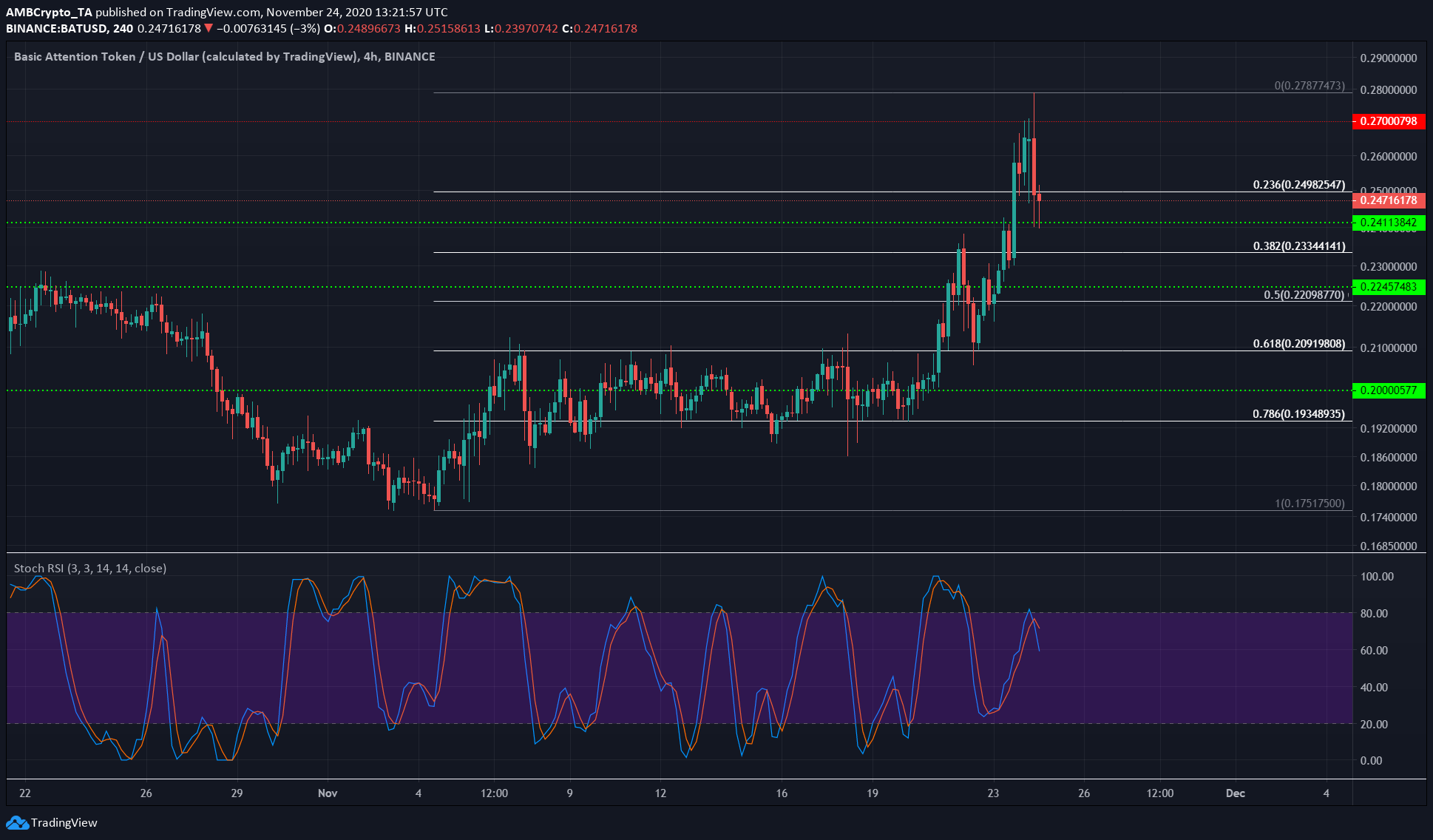 The Stochastic RSI started to reverse before reaching into the overbought territory, and at the time of writing was headed downward along with the price.