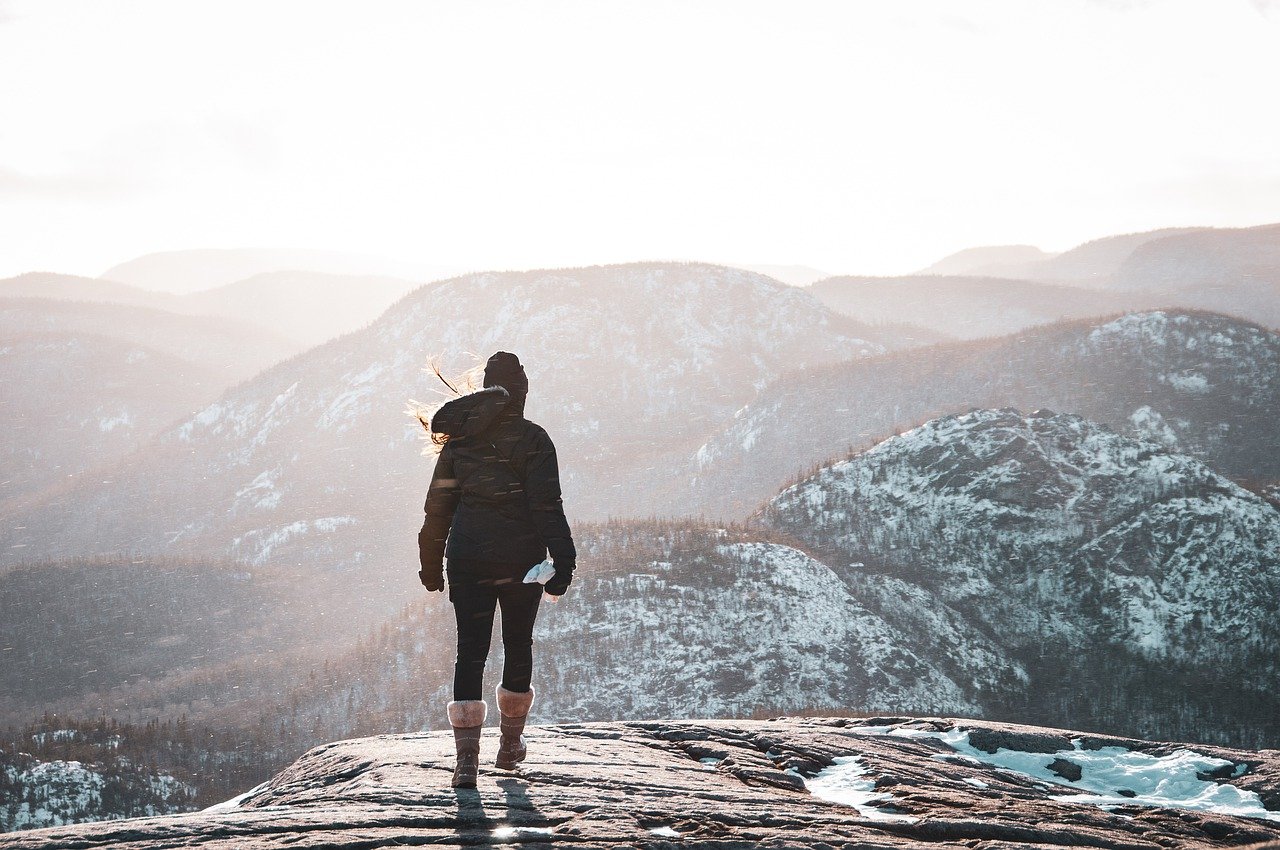 Bitcoin has endured long periods of consolidation and bursts of strong volatility over the course of 2020. One of its more notable achievements saw BTC break yet another key barrier – the $11K resistance. However, as was the case the last few times, the most recent example of the cryptocurrency breaking the $11K-mark saw BTC falling below it soon enough as corrections ensued and took over the market.

At press time, Bitcoin was being traded at $11,307. Despite its recent performances, however, the question remains – Is a trend reversal probable for Bitcoin’s price leading to a correction that can yet again push it below $11k?

Going by historical data, it is fair to think of a price correction to be the logical next step for the king coin’s price action. Earlier in September, BTC’s price fell after having gone past the $11K resistance. At the time, BTC fell from $11,179 to $10,136, which amounted to a 9 percent drop in value on the charts. However, things may not have to be the same this time.

A recent report by LongHash elaborated on why this time around, Bitcoin may be immune to a price correction. The report highlighted the low sell-pressure prevalent in the Bitcoin market and the high hodling sentiment to be key signs that can help the cryptocurrency maintain its position on the charts. It said,

“But, despite the negative macro events throughout the past week, Bitcoin has now recovered beyond $11,300, stabilizing between $11,300 and $11,500. The resilience of Bitcoin, along with positive fundamental and technical factors, significantly reduces the probability of a major price drop.” 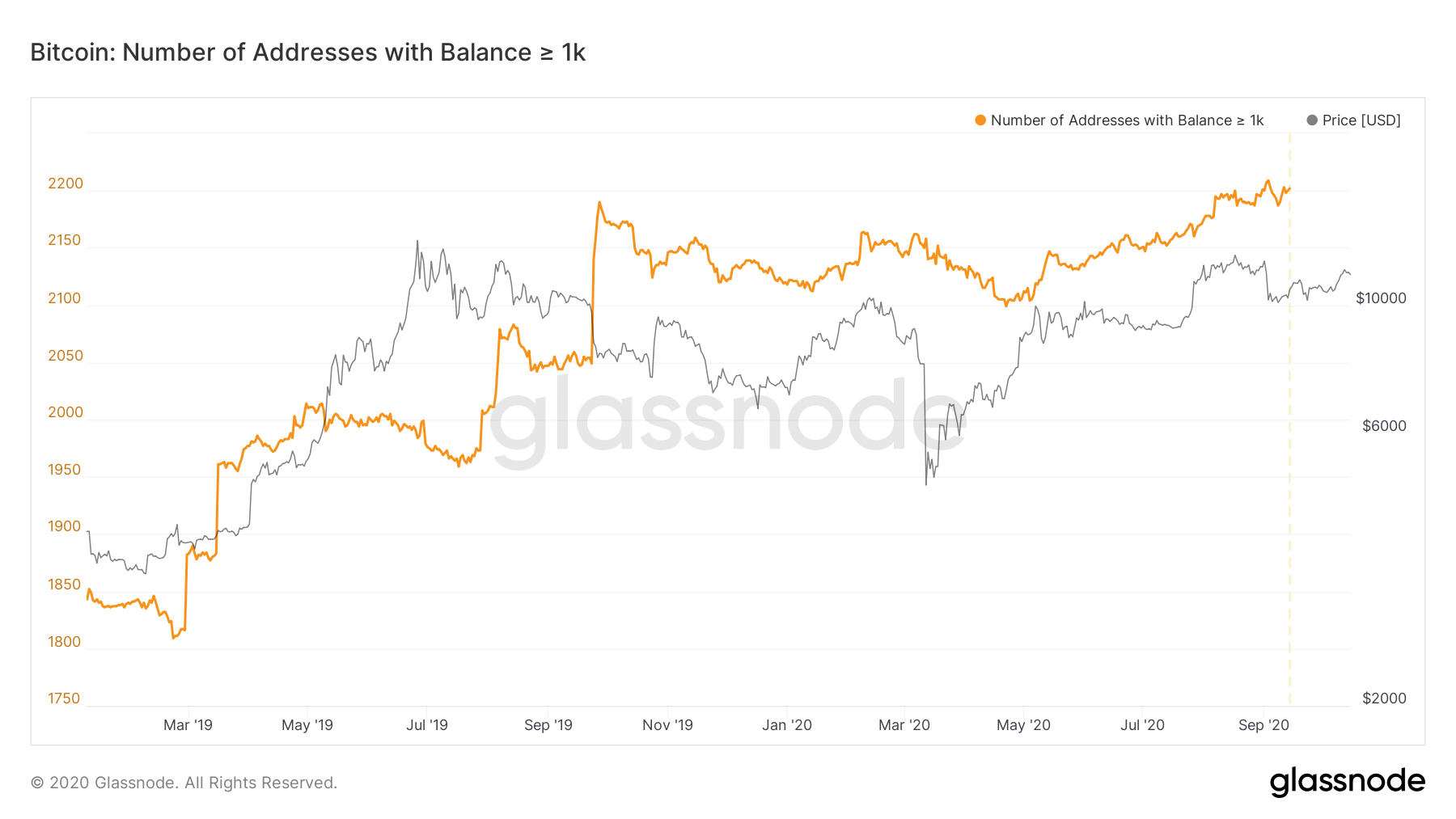 In fact, network data provided by Glassnode also underlined an interesting phenomenon taking place within the Bitcoin Network. The number of whale accounts, i.e. accounts holding over 1K Bitcoin, seem to have steadily increased. This is crucial since a positive metric is often considered to be a positive sign for the coin and its fortunes on the price charts.

LongHash’s report also elaborated on the steady drop in Bitcoin being held in exchanges over the past 7 months, noting that the number of sellers has been decreasing, while the demand for BTC has only gone up over the same time frame. It read,

“The continuous decline in exchange reserves over the past seven months indicates that the selling pressure on Bitcoin is dropping. Analysts have described the trend as a “sell-side liquidity crisis,” given that the number of sellers has been dropping while the demand has been increasing.” 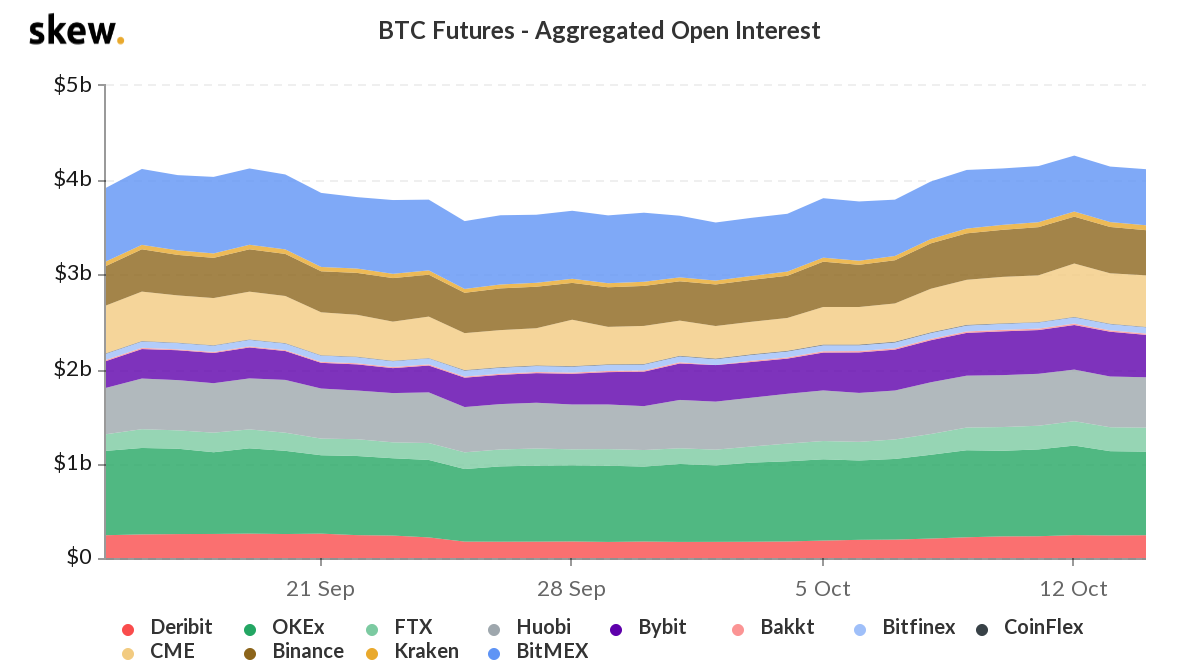 Taking a look at market data provided by Skew confirms the reduced possibility of a pullback for Bitcoin’s price. The aggregated Open Interest for BTC Futures has remained fairly stagnant, with the same registering just over $4 billion in OI. LongHash’s report concluded by noting,

“The combination of a stagnant Futures market, a steadily growing spot market, and the consistently high volume of institution-focused platforms signify that a large portion of the buying demand is coming from institutions and retail investors in the spot market….that should result in a less volatile and a more stable uptrend in the upcoming months.”