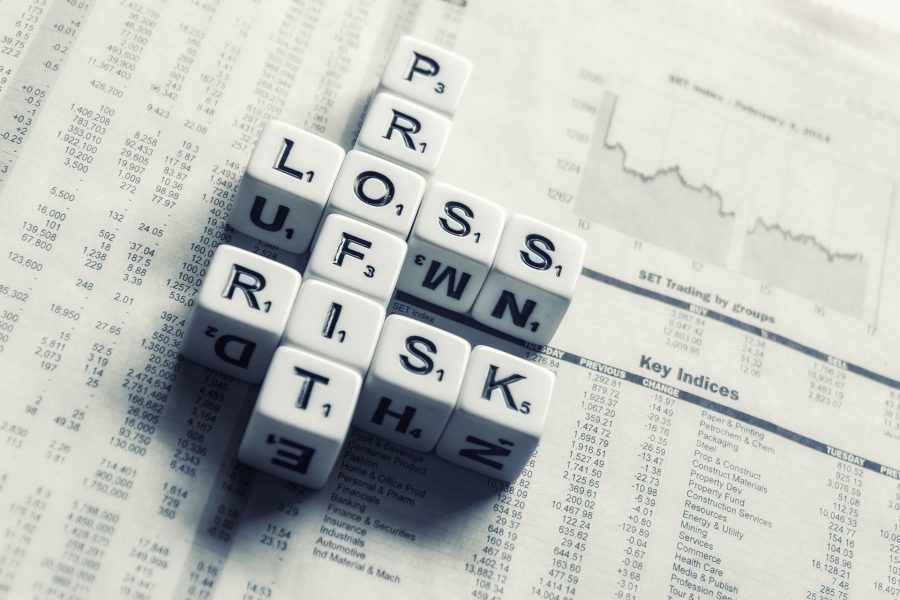 Since peaking on 26 June, Bitcoin‘s price has been on a consistent decline, having lost over 51 percent of its valuation, at press time.

Many people in the crypto-community have pointed their fingers at various factors, seeking to find the reason behind such a price decline. While some claim price manipulation by whales and exchanges are responsible, others are under the belief that the present price movement is just correction following the market’s massive price spike between May and June.

However, Chainalysis‘ latest blog post seems to have identified a different contributory factor to the price decline.

According to the report, the alleged PlusToken Ponzi scheme had a major hand in devaluing Bitcoin’s price in 2019.

Although PlusToken representatives were arrested back in June over stolen funds, it was reported that the capital continued to mediate through wallets, with the report adding that it was cashed out via OTC brokers on Huobi platforms.

Digital assets worth over $2 billion have been tracked down, with these assets deposited by those who had invested in PlusToken. Further, over 45,000 BTC that were transferred by the scammers to their own addresses were identified.

According to the analysis, over $185 million worth of BTC has been cashed out at the moment. The report stated that the liquidation of such a huge volume of BTC was responsible for the significant drop in the king coin’s valuation.

Chainalysis claimed that the study was conducted keeping in mind the on-chain volume and trade volume with respect to Bitcoin moving from wallets controlled by the PlusToken members to Huobi, and the amount of Bitcoin traded for Tether on Huobi. 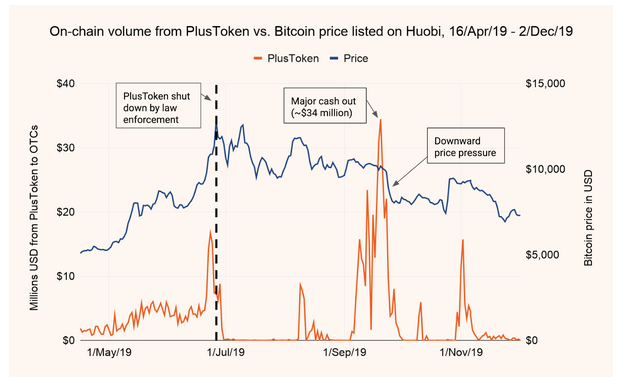 With respect to On-chain volume, it was observed that spikes in on-chain flow pictured to OTC brokers was directly related to BTC‘s price slump. The post read,

“When PlusToken scammers made large cash out of roughly $34 million worth of Bitcoin. Following that transfer, Bitcoin’s price drops steadily between September 24th and 26th, falling from just over $10,000 to about $8,000 and remaining there for roughly a month.”

Similarly, the trade volume hypothesis drawn by the study was proven correct, as a hike in Bitcoin trading with Tether overlapped with PlusToken wallets sending a major amount of Bitcoin to Huobi OTC brokers. Thereafter, Bitcoin’s price suffered a decline on 24 September.

The analysis drew the attention of major crypto-personalities, with analyst Alex Kruger tweeting,

“It indicates the Plustoken scam has cashed out ~25,000 BTC since mid April 2019. That represents about 6% of miner issuance. It is thus reasonable to think Plustoken has been a *secondary* variable pushing price lower.“

Parity Ethereum codebase to move over to DAO