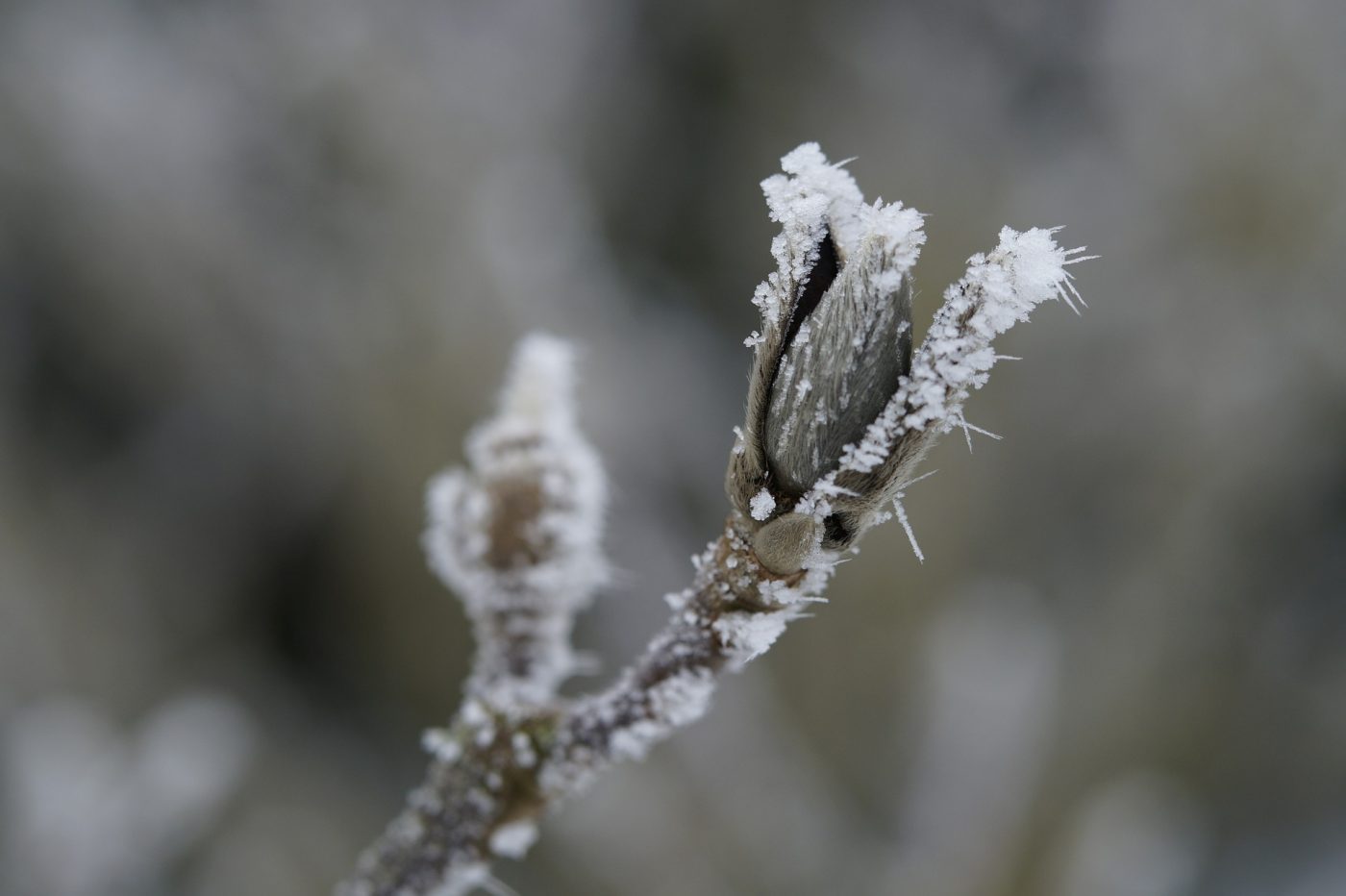 There isn’t a single narrative Bitcoin is not attached to at the moment.

From its correlation to traditional stocks to its status as a safe-haven asset, each of these narratives has been dissected and analyzed for a better understanding of Bitcoin’s future.

A recent report did the same, with the report analyzing Bitcoin’s maturity in the current market before arguing that Bitcoin could be on its way to replicate the bull run of 2017. However, various fundamentals were overlooked in the said analysis; a crucial misstep since their impact could potentially play a major role in the future.

“Bitcoin Divorcing Equities, Joining Gold” – Is it though?

One of the main points of discussion put forward in the report was the belief that the Stock market ‘shakeout’ in 2020 would eventually allow Bitcoin to translate more into a safe-haven asset. It was claimed that Bitcoin is becoming more uncorrelated to equities at the moment, and Bitcoin’s relationship with gold is apparently twice as strong as equities. 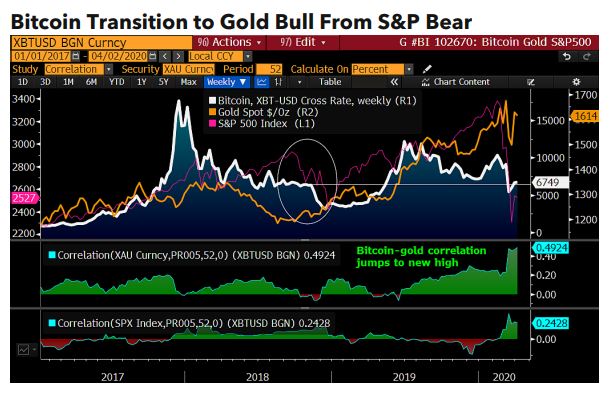 The attached chart would suggest that this is backed by data. However, people tend to forget that the present financial market situation is an anomaly that happens once every 100 years, one that has been punctuated by the ongoing COVID-19 pandemic. Bitcoin’s jump with Gold, for instance, only took place because the digital asset had undergone a quick recovery post the collapse on 13 March, and the same was common across other assets as well, including stocks. 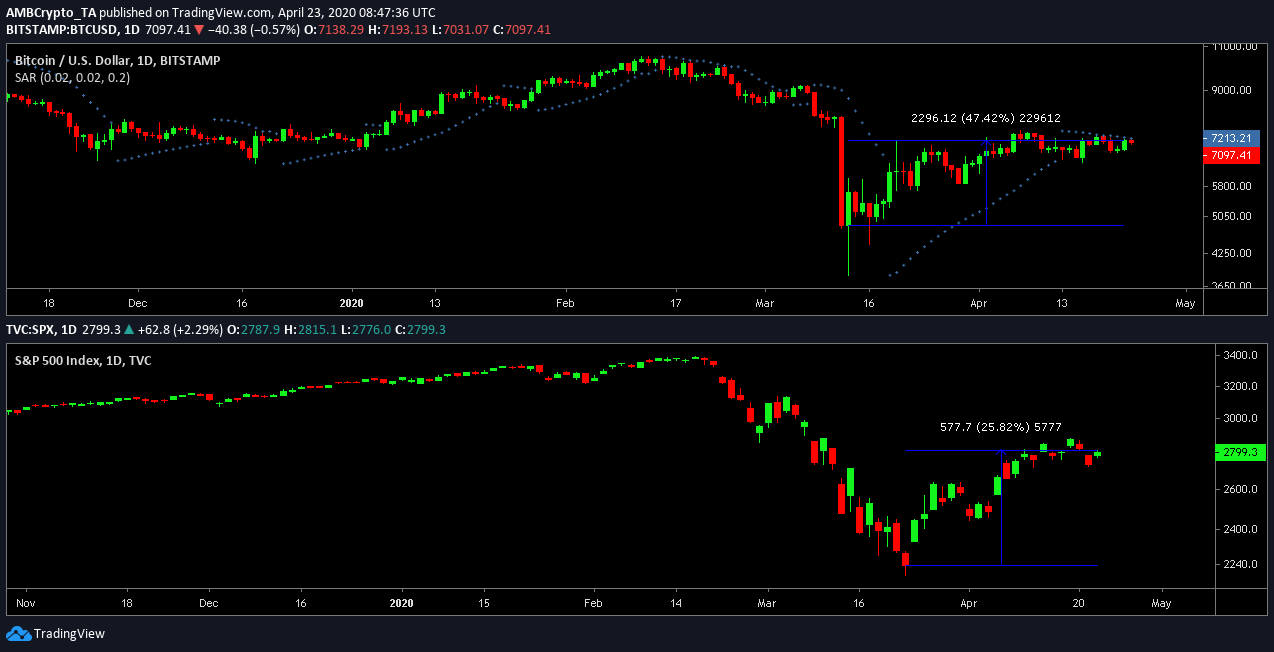 While speaking about a ‘divorce’ with equities, it must be noted that Bitcoin and S&P 500 have been on a similar recovery path since Black Thursday. Now, Bitcoin may have been more bullish, something that improved its uncorrelated metric with the S&P 500, but this was only due to its nature as a high sentiment beta asset.

It had been previously reported that over the past few years, whenever equities have undergone an uptrend or downtrend, Bitcoin has relentlessly followed its path, because it is still an asset with low stock capitalization.  During an uptrend for S&P 500, Bitcoin would end up performing better than equities asset class, whereas during a downtrend the losses will be more accentuated on Bitcoin’s part, in comparison to stocks. Until Bitcoin’s market cap improves, it is more likely to continue such a trend.

Therefore, although Bitcoin will eventually translate towards a store-of-value mechanism, it is a bit optimistic to hope to see that happen over the next few years.

Volatility Shift favors Bitcoin, but halving could be a game-changer

Additionally, the report also mentioned that Bitcoin has been less than volatile than stocks this year, giving the edge to Bitcoin. The fact is technically correct, but the impact of the Bitcoin halving has not been taken into consideration.

In less than 19 days, Bitcoin will undergo its 3rd halving. This event will lead to fundamental changes to the digital asset class, with the volatility possibly significantly different in a couple of months. Hence, it is isn’t likely to maintain a similar pattern in the future.

Being optimistic about Bitcoin is a sentiment. Eventually, it will cross its all-time-high but, like any other maturing asset, Bitcoin requires time as well and 2020 is all about evolving as a mature asset class.