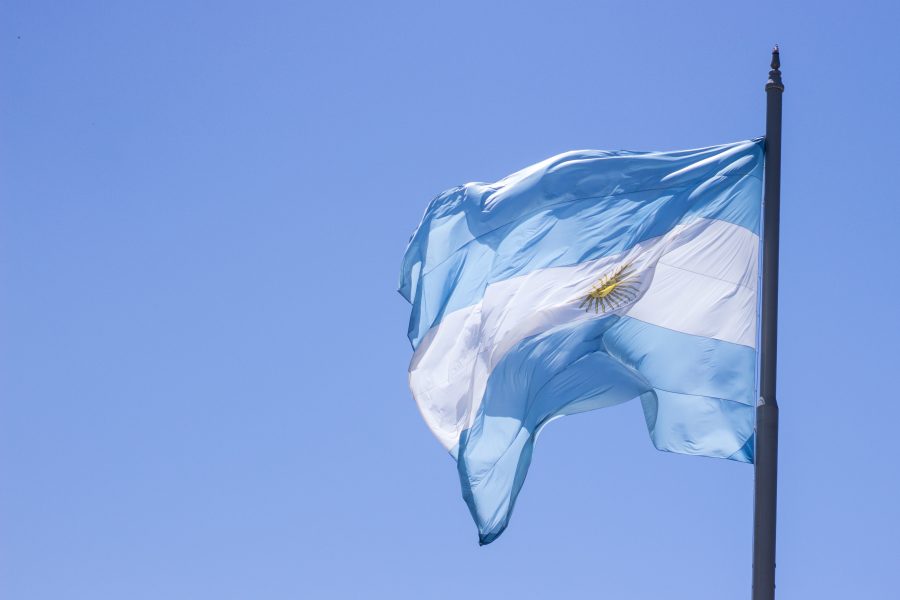 The bigger they are, the harder they fall.

In the financial world, massive fluctuations owing to the locus of control shifting outwards is common. Political tensions, trade wars, unexpected economic announcements, and even natural calamities have sent market indexes the world over into a frenzy, with analysts mapping a market symptom on one side of the globe to a tremor on the other.

Earlier this week, one of these historic ‘tremors’ struck the traditional market yet again, with the premier stock market index of Argentina, the second-largest economy in Latin America, dropping by close to half its value following a surprise result in their elections over the past weekend.

According to reports, both the national index and the Argentinian peso [ARS] saw massive decline following the August 11 elections results. The country’s incumbent President, Mauricio Macri, performed poorly in Sunday’s elections, receiving only 32.1 percent of the votes, while the center-left candidate Alberto Fernandez secured 47.7 percent of the vote.

Owing to this ‘unexpected’ result, Macri’s re-election chances in October’s elections look very bleak, sending ripple effects in the country’s domestic markets, leading to the ARS losing over 25 percent of its value to 59 per USD. According to estimates, the S&P Merval 25 plummeted by 48 percent. 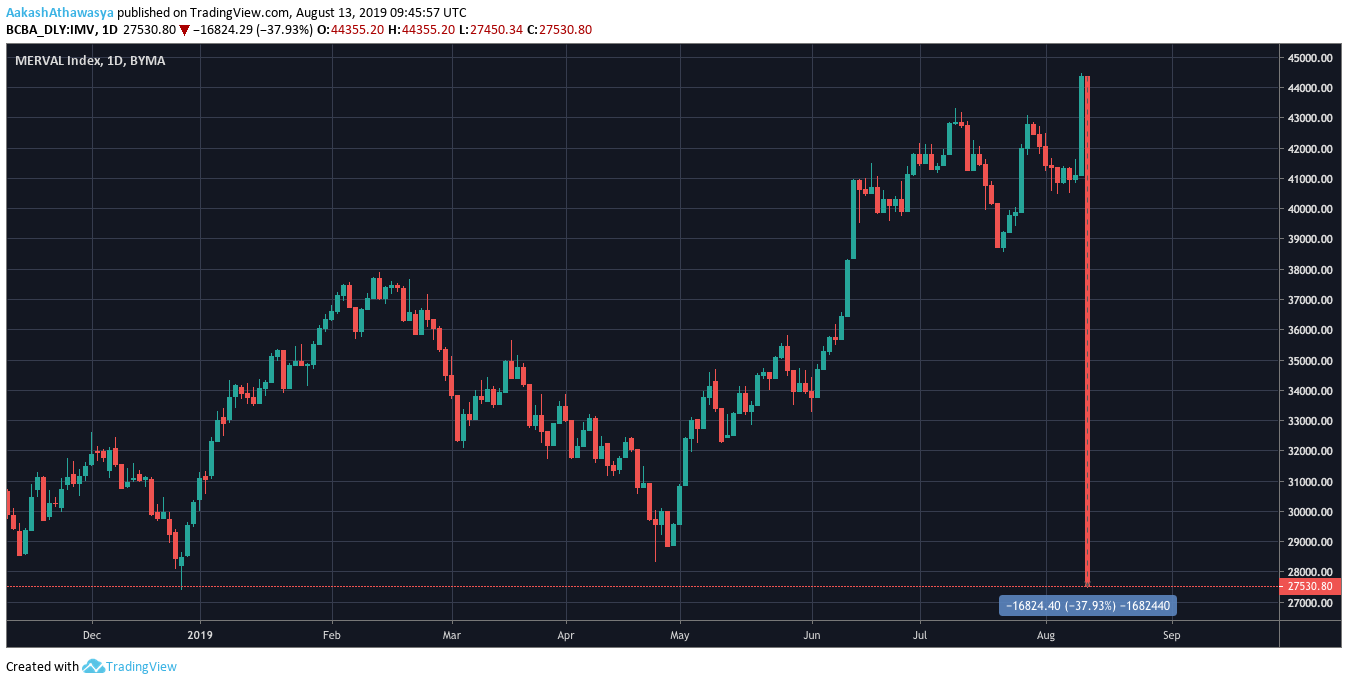 The Merval crash is the second biggest stock market crash in the history of traditional markets. In 1989, at the height of the Sri Lankan civil war, Sri Lanka’s Colombo All-Share Index fell by 61.7 percent, while the Merval also saw a 45.2 percent drop at the start of the century.

Stock markets have regularly seen free-falls in their value, because of the loose-but-strong ties to several stakeholders, be it the one heavily weighted company, a single governing force, or a country of domicile or operation. With traditional markets, the crux of connectivity leads to the market and the currency of a country falling based on the outcome of an election, and that to by no small means.

Mainstream media, which loves to decry the BTC market especially during a bear market, failed to run the same bloodbath-esque headlines for the stock market. On the contrary, Bitcoin, has never seen a drop of over 20 percent in a day.

It is well known that in times of turmoil, Bitcoin turns to a global hedge against global risks. A recent example of the same was seen during the back-and-forth macro-economic attacks by the United States and China, which led to Bitcoin adding over $2,000 to its price. Other examples were also seen during the capital flight into ‘safe-haven’ assets like Bitcoin, amidst the Hong Kong protests earlier this year and during the Brexit referendum in June 2016.

In fact, LocalBitcoins, the platform that allows customers to convert their local currency to BTC, saw a premium in the conversion from Argentina Peso, with the volume rising in terms of the domestic currency, but dipping slightly in terms of actual BTC volume. Economist and cryptocurrency analyst Alex Krüger however, contends that he expects a “sharp rise this week.”

Similarly, at the time of the Argentine domestic market crash, Buenbit, a Buenos Aries-based Bitcoin exchange saw BTC trading at over $11,700, while on major exchanges like Coinbase, Bitstamp, Bittrex, and Gemini, the king coin was trading at under $11,300, telling you all you need to know on the question of Bitcoin being a hedge. Further, Mati Greenspan, a senior market analyst at eToro, alluded to the above claims of Bitcoin being a safe haven asset, referencing the Argentinian example as well. He tweeted,

Bitcoin trading higher in Argentina than the rest of the market @LocalBitcoins
Lowest offer: 650k Pesos = $10,790 (8% higher than Bitstamp)
Highest offer: 770k Pesos is 28% above Bitstamp.
Bitcoin may be a risky asset for investors but for some, it is clearly a safe haven. pic.twitter.com/idLyTvAkMg

Speaking to AMBCrypto, Greenspan reiterated his comments that Bitcoin being a refuge in times of political turmoil could be true. However, this could be more due to pure speculation, rather than it actually being the reality. He said,

“More likely people speculating on a narrative that might we’ll [well] be true but the speculation itself regardless of the validity of the underlying theory can potentially impact prices.”

Bitcoin and the larger cryptocurrency world, besides being a hedge is relatively unaltered by issues within the financial ethos. Regulatory proceedings, hacks, scams, hard-hitting executive comments do lead to a price decline, but nothing in comparison to the isolated and immediate crash seen in the South American country’s market.

Admittedly so, a crypto-crash is far more prolonged as the crypto-winter’s 87 percent drop from over $800 billion market cap to just above $100 billion showed. However, this occurred over a period of 12 months, and over $200 billion has already been recovered in the first half of 2019 alone. Additionally, the stock market is not as condensed as its virtual counterpart. With heavy regulation, specific timings, and rigid operations, one would think that a cryptocurrency decentralized market with over 2000 listed coins would see greater pitfalls in its daily movement, but it is not so.

Stock markets and traditional currency may follow a stable trend for the most part, but due to the actions of their political overlords, they may see massive fluctuations, as was seen in the Argentine market. Bitcoin, despite being relentlessly attacked for its volatile nature, has never fallen to the extent of the Merval or the ARS in a daily time frame. In fact, in times of uncertainty, cryptocurrencies are emerging as the volatility-resistant safe haven.