Bitcoin’s recent rise above $10,000 has acted as a flag of optimism; with most digital assets in the space correlated to the original cryptocurrency to some degree, all eyes are on BTC to prove to nay-sayers that it isn’t, in fact, a bubble. While a rise above the famed $10,000 level rings joy to market participants, a rising fear of a rebound persists among the community. Though a look at the Bitcoin charts showed users might not have too much to worry about.

CoinMarketCap showed Bitcoin has a market capitalization of over $184 billion, with $38.2 billion worth of BTC traded in the last 24 hours. 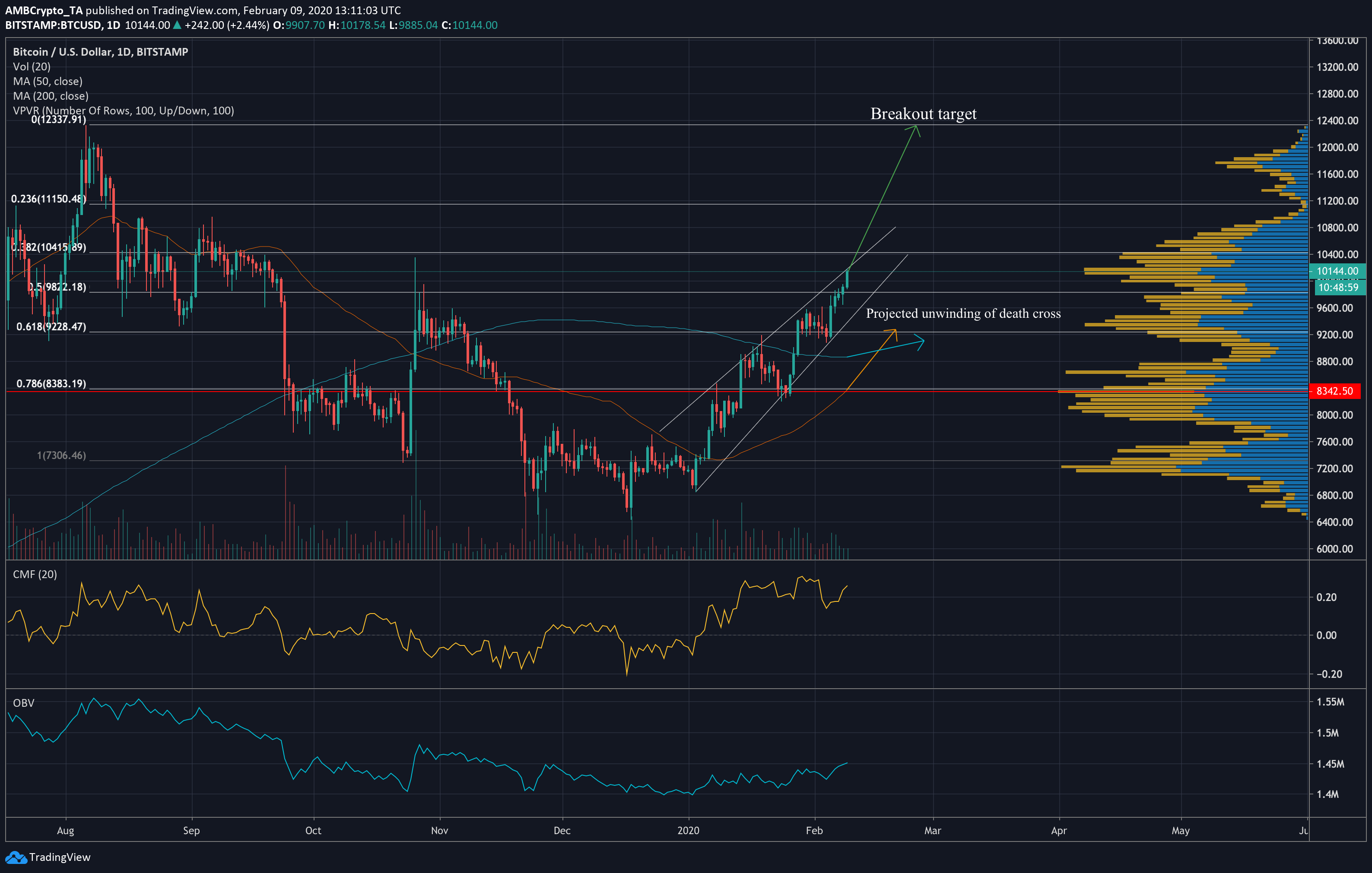 Bitcoin has been moving through a rising wedge formation since the start of the year, shuttling between the pattern boundaries over the last one month. These patterns usually breakout downward, but a closer look at technical indicators suggest BTC could appreciate in the coming weeks.

The Chaikin Money Flow (CMF) indicator, a volume-weighted average of accumulation and distribution over a specified period of time, assumes that the price is closer to its high as more accumulation takes place. As shown above, CMF has been rising since mid-December and could mean the price is moving toward a higher value. The On-Balance-Volume (OBV) looked to be inclining slightly upward and further validates the CMF’s report of increasing accumulation.

Considering the anticipation around the halving scheduled to take place in May this year, it comes as no surprise that market participants are HODLing their Bitcoin.

The 50 and 200-day moving averages were both moving under the price line, though in the shadow of the death cross which took place in late-October last year. If Bitcoin continues to move up as it has this past month, a golden cross could be within reach, which could cause a breakout to $12,400 before March. 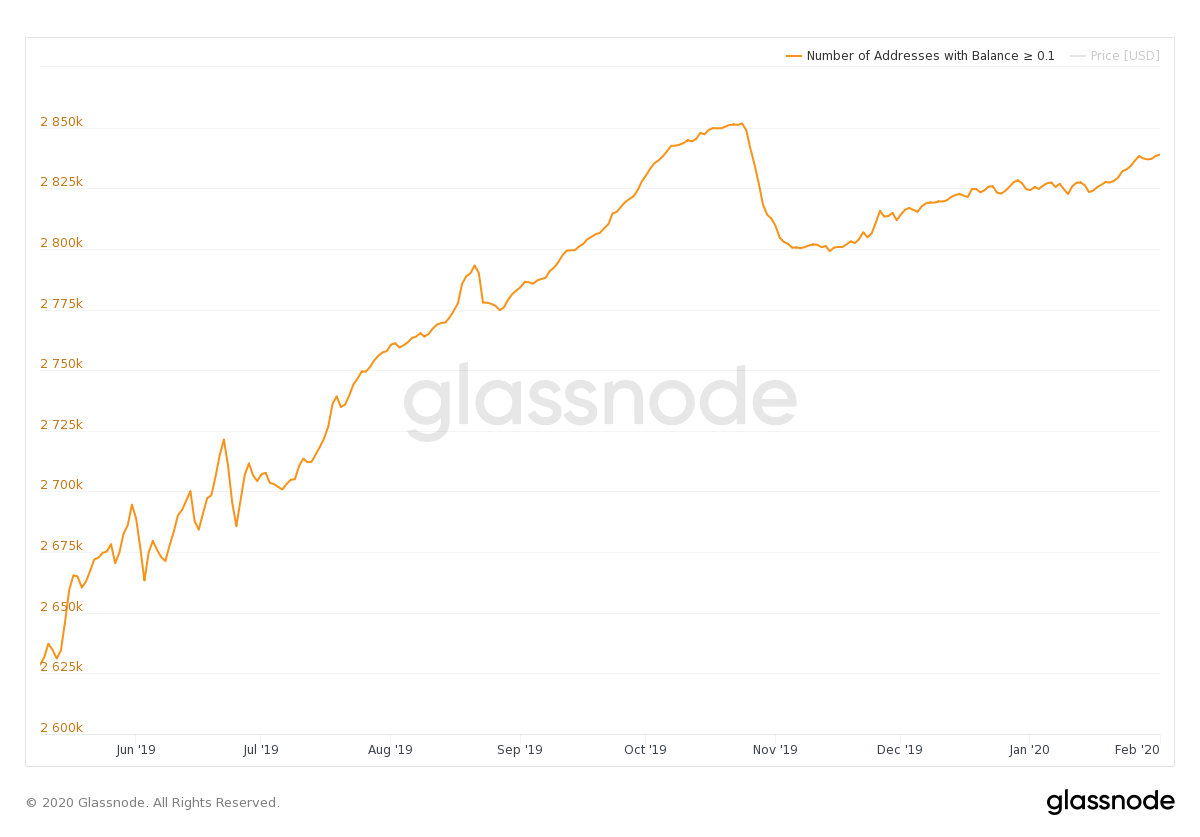 Data from Glassnode showed the number of Bitcoin addresses with more than 0.1 BTC has been rising steadily in recent times. The end of October had seen the number of addresses drop by 50,000, likely due to higher sell volume after Bitcoin revisited the $10,000 level after its value dropped a month prior. The rising number of addresses HODLing BTC could indicate that more users are entering the space, or at least re-entering it. Since Bitcoin recently pushed above the $10,000 level once more, the number of users entering the space is only likely to grow.

Rising accumulation and the possibility of the death cross unwinding could lead to an upward-facing breakout in the next week or so. As more addresses start possessing higher amounts of Bitcoin, a breakout could cause BTC prices to soar to $12,400 before the month is up.