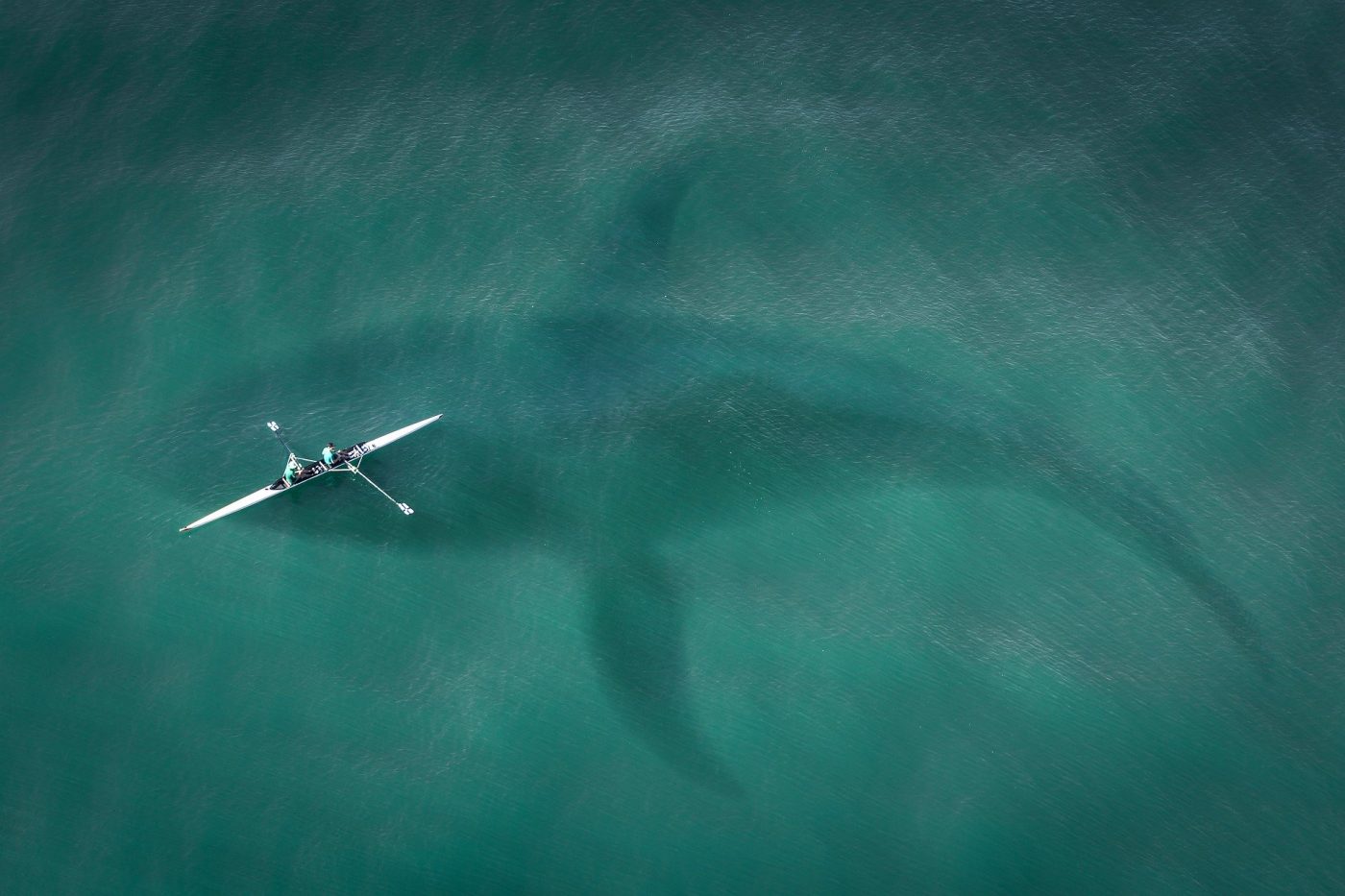 Even the most critical anti-Bitcoiner wouldn’t be able to deny Bitcoin’s performance at the moment. In fact, the world’s largest digital asset is going to conclude the month of April by recording a whopping 40 percent in positive returns, with certain market narratives further highlighting the importance of the king coin’s recent price rally. 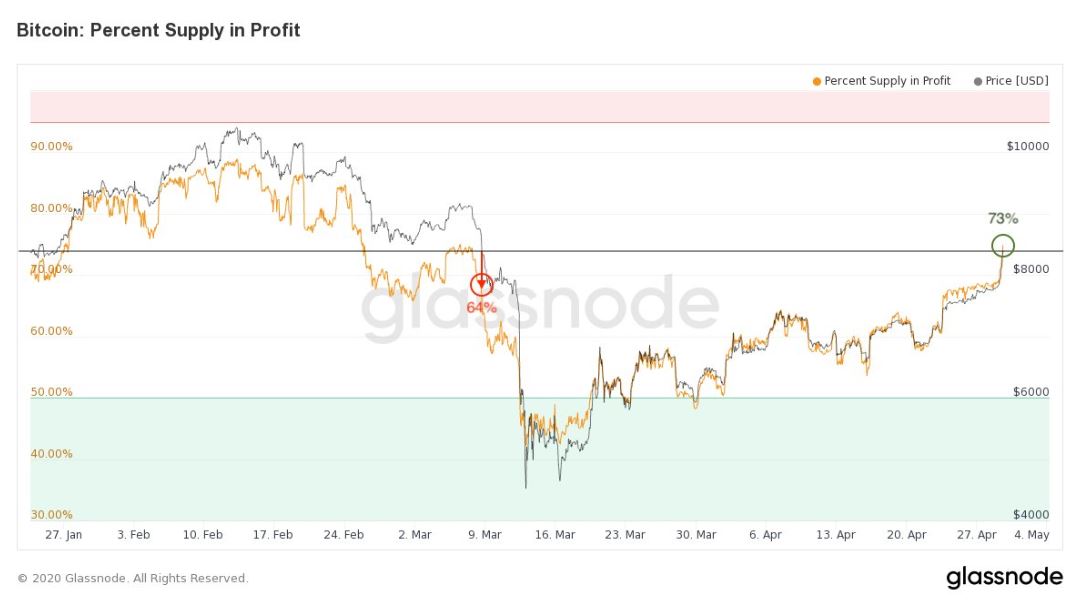 According to a recent chart shared by Glassnode, it was identified that Bitcoin has completely nullified its recent losses after 13 March, with Bitcoin, at the time of writing, found to be at a more profitable state than it was before the collapse in March.

The attached chart suggests that 73 percent of the circulating supply is profitable. However, that percentage was calculated based on Bitcoin being valued at $8300. At press time, however, Bitcoin was close to the $9000-mark, hence, it is very probable that the percentage profitability will be close to 80 percent for the total supply.

Additionally, Santiment also indicated that the increase in Bitcoin’s price is highly correlated to the rise in active daily addresses on the network. The improvement in this particular on-chain metric has been identified as a key factor, but it is important to note that it is an obvious one as well. The hike in profitability is also something that could be expected with Bitcoin’s price going up.

However, a key shift in authority within assets is currently brewing elsewhere.

Gold, are you still there?

After Black Thursday, Bitcoin had temporarily followed the equity markets, something that led to the belief that Gold is the only proper Store-of-Value in the industry. Investors also started eyeing Gold highly as Bitcoin lagged behind in terms of YTD returns.

However, Bitcoin has been slowly bridging the gap between the assets over the past month. Until last week, Gold’s year to date returns were close to 13.43 percent, whereas Bitcoin’s YTD returns were only 3.63 percent. 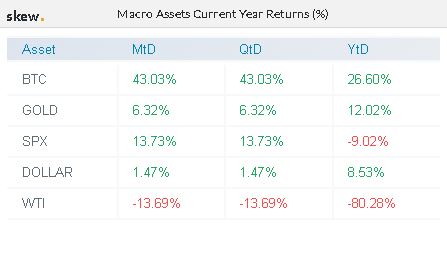 Now, over the past few days, Bitcoin’s rally has completely changed the market scenario. At press time, Bitcoin was recording yearly-returns of over 26.60 percent, whereas Gold’s returns had dropped down to 12.02 percent. In fact, Bitcoin’s performance over the past week has also outperformed the S&P500, with the index’s YTD returns in the negative.

With the halving approaching, if Bitcoin continues to record surges in price and improvements in on-chain metrics, Bitcoin’s position as a globally accepted SoV could resurface again.

A Bitcoin-free future: Will cryptocurrencies leave a legacy behind?

Bitcoin can become self-sufficient through treasury system, but it won’t