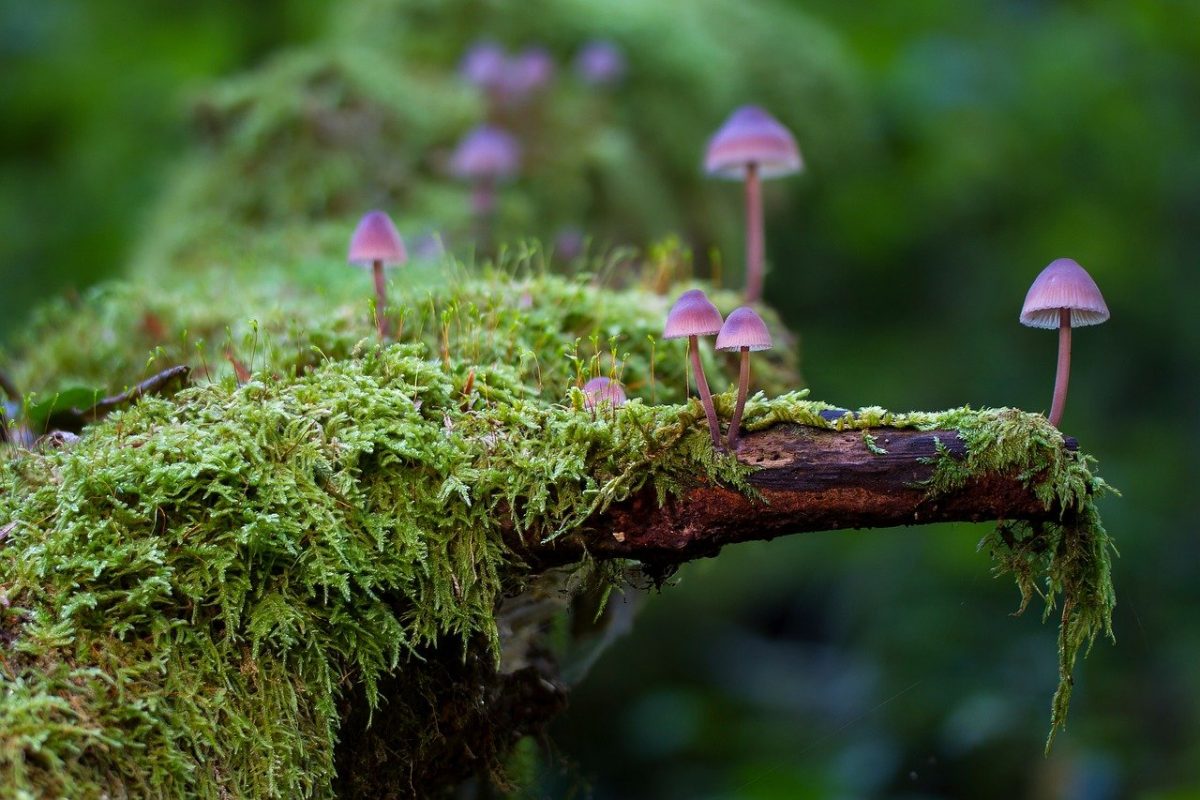 Crypto Fear and Greed Index stood at 90, the same value as the previous day. Bitcoin Cash and Stellar Lumens saw heightened volatility in the past few days but were able to register good gains in the same time period. Dogecoin also made gains in recent days but its bullish momentum could be weakening. 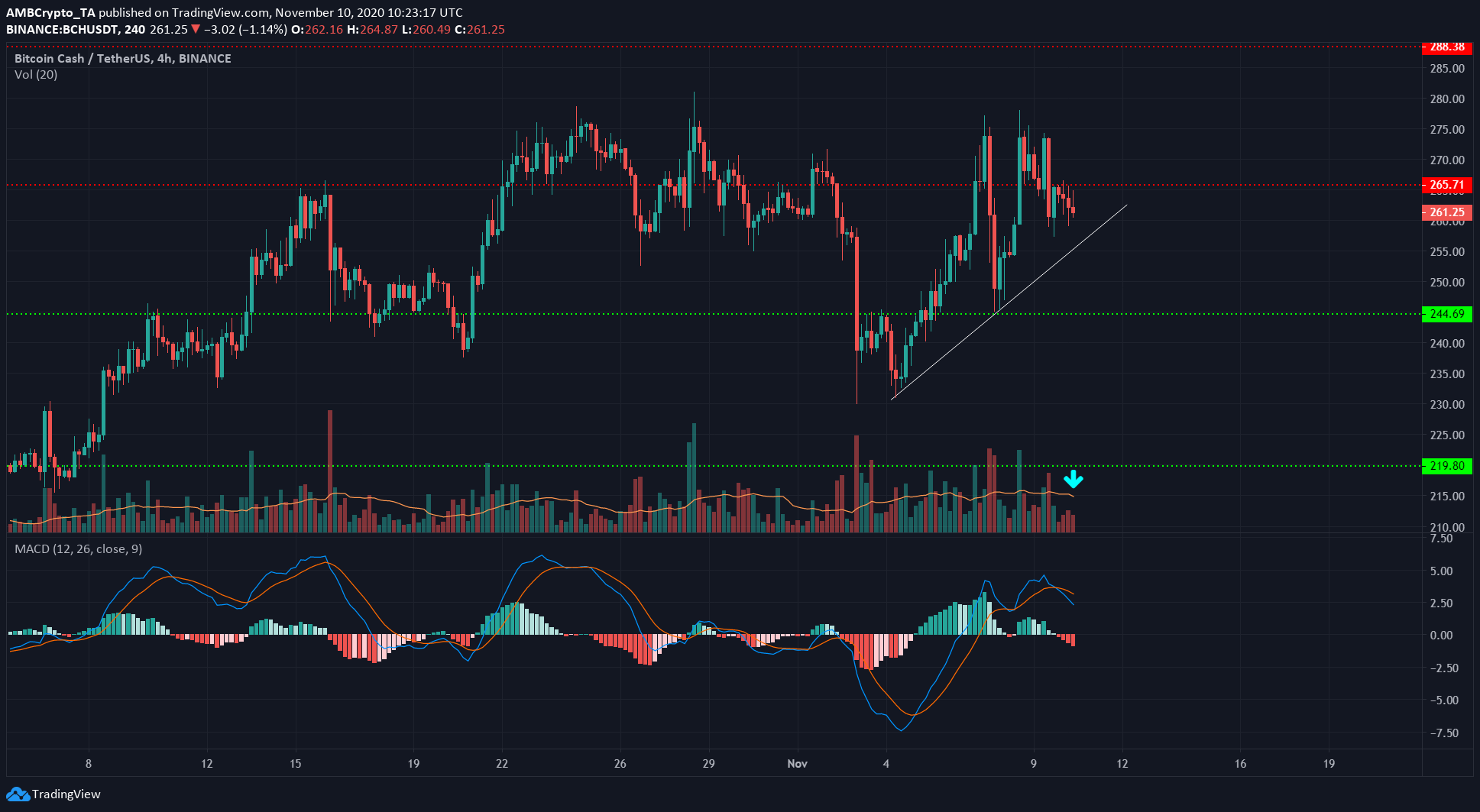 The ascending trendline (white) showed that BCH has been forming a series of higher lows, indicative of an uptrend. But the most recent trading sessions saw losses for BCH, as it tested $265 as resistance and was rejected to the downside.

It is possible BCH bounces off the ascending trendline. Hence, a close at or beneath $256 can be regarded as bearish for BCH, while another bounce upward could threaten to break past resistance at $265. 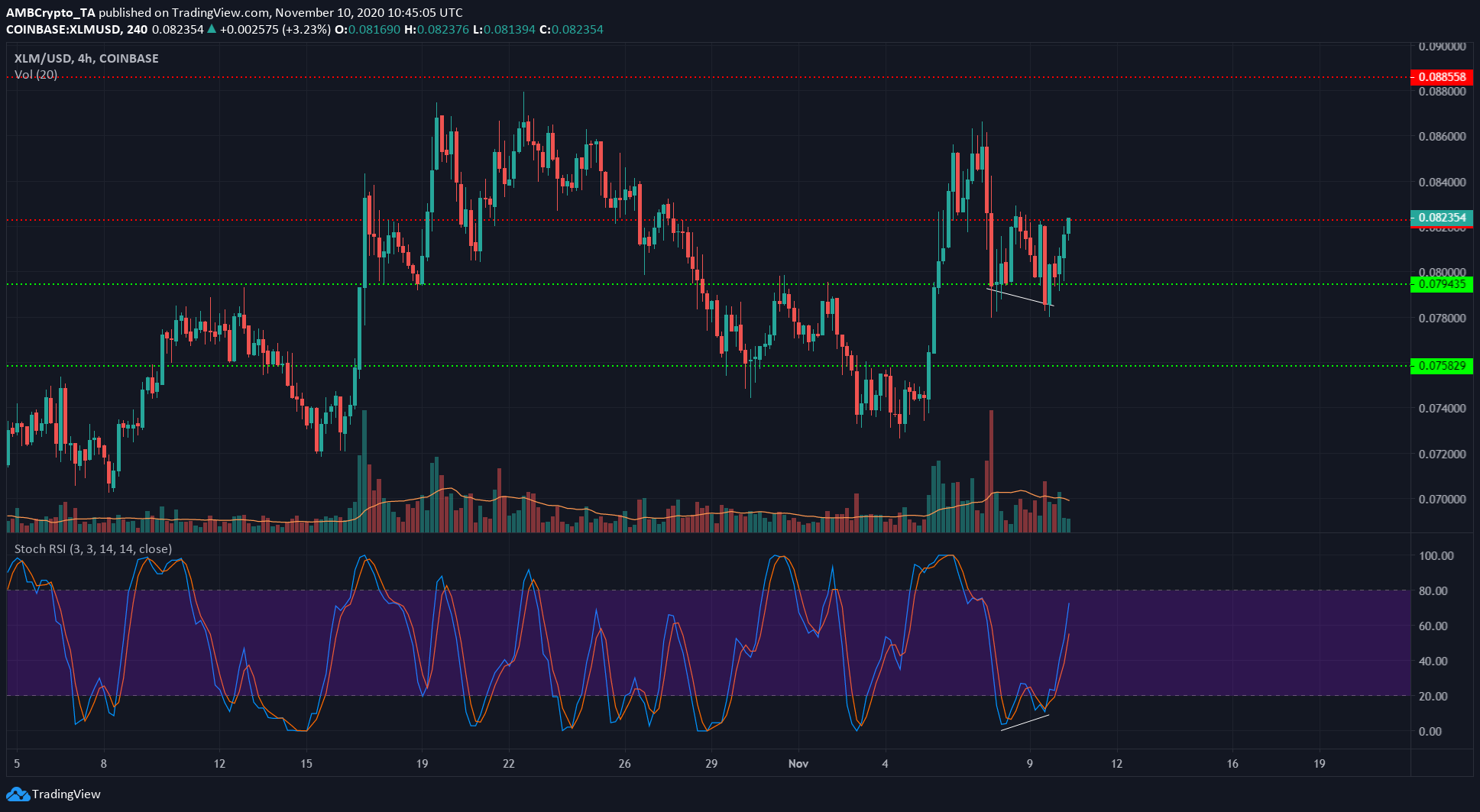 XLM bounced between support at $0.079 and resistance at $0.082 in the past couple of days. There was a bullish divergence seen between the Stochastic RSI and the price.

This could take XLM past resistance at $0.082, but the previous rise past the $0.082 level saw a drop with massive momentum for XLM.

XLM would have to breach and retest $0.082 to flip the level to support. This would indicate that the bears were beaten back momentarily. XLM can also be heavily influenced by Ethereum’s move and can mirror a surge, or drop, in price for ETH. 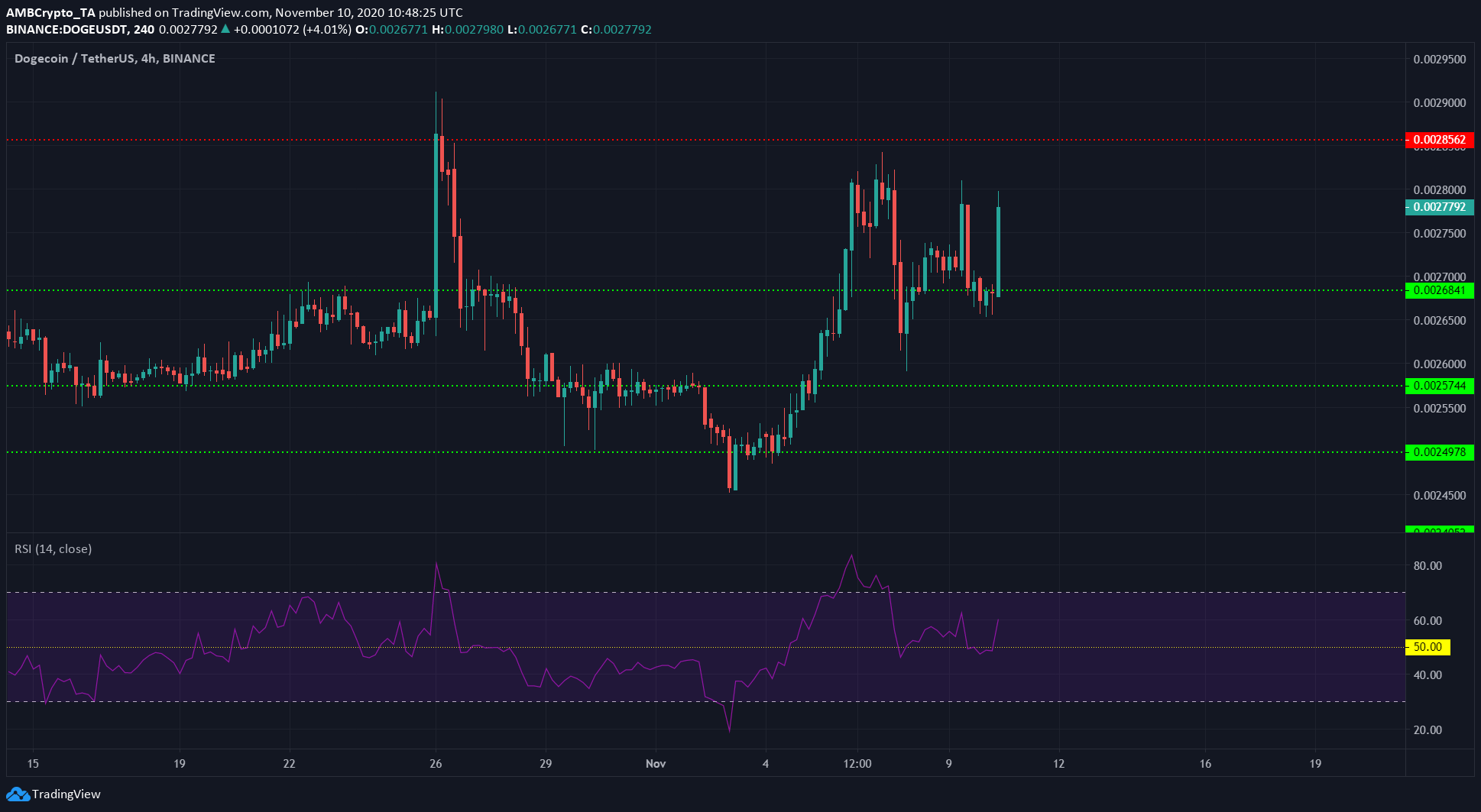 The RSI for DOGE was rising back toward bullish territory, yet the price faced resistance at the $0.0028 level. A rise past that would see DOGE face resistance at $0.00285.

While DOGE formed higher lows on its recent climb, it has to close above the most recent high at $0.00278 to preserve a bullish outlook.

Despite recent Bitcoin top, here’s why it’s the right time to buy