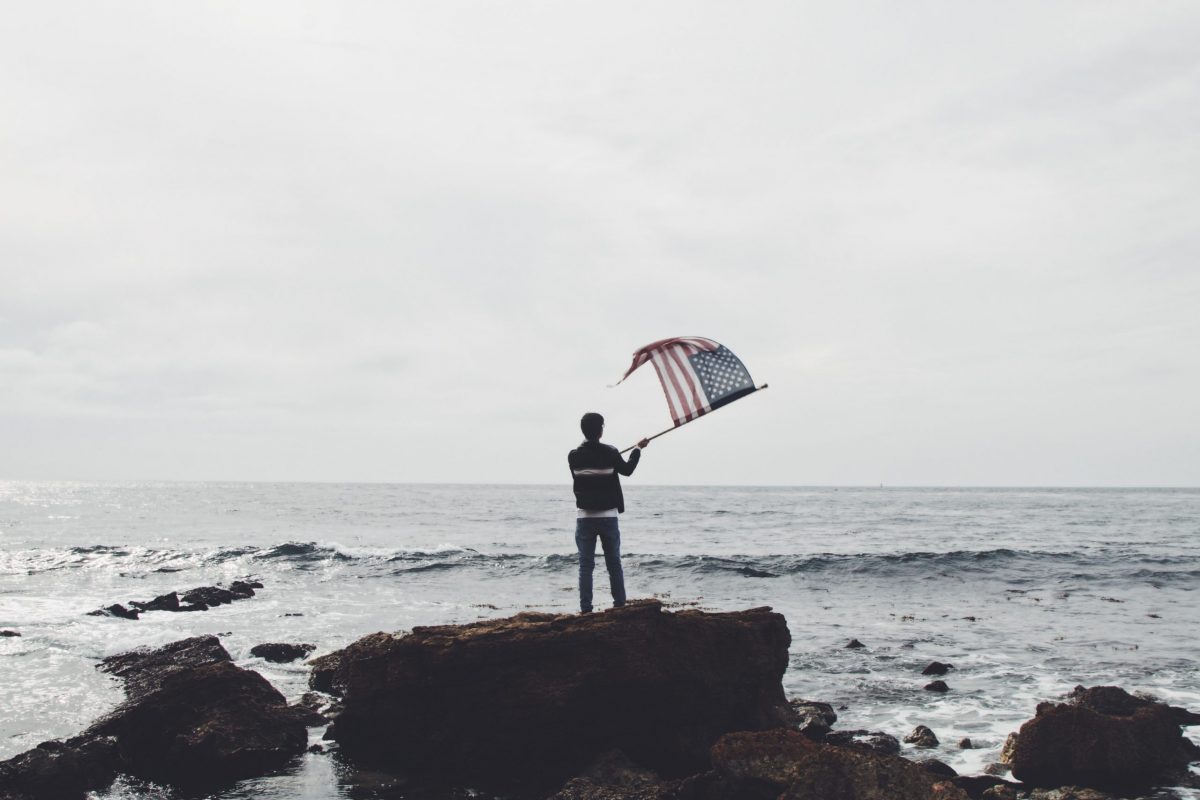 The case of the ‘hodling of Bitcoin’ is a curious one. At first, it would seem that those who would be more inclined to hodl the cryptocurrency would be average everyday people who heard about it before the 2017 bull-run, and not the corner-office institutions who jumped in only after 2018, but reality is quite different.

During this moment in the Bitcoin market, with the price surging over the past three months, there is a notable shift in the hodling market. A recent report by Chainalysis stated that North American investors are opting for a “conservative buy and hold strategy,” especially compared to their eastern counterparts.

In terms of the global average, North America is the third most active region in terms of cryptocurrency traded volume. The continent accounts for 14.8 percent of all activity behind Western Europe and the market leader East Asia. However, unlike the others, North American trade is very internal. Regional flows for Bitcoin show that over $60 million in traded BTC are flowing within the continent i.e. from North America to North America. While every region has higher internal flows than external, North America has even more so than the rest.

This internal American trading-movement is spearheaded by not just institutional investors but growing ones at that. The report noted,

“North America also hosts a growing class of institutional investors moving even larger transfers of cryptocurrency than those we typically see from professional traders.”

Institutional investors began to enter the North American market over the past two years and peaked in December 2019, following a positive year for Bitcoin which peaked at $13,800 in June, and marked a YTD increase of over 70 percent. 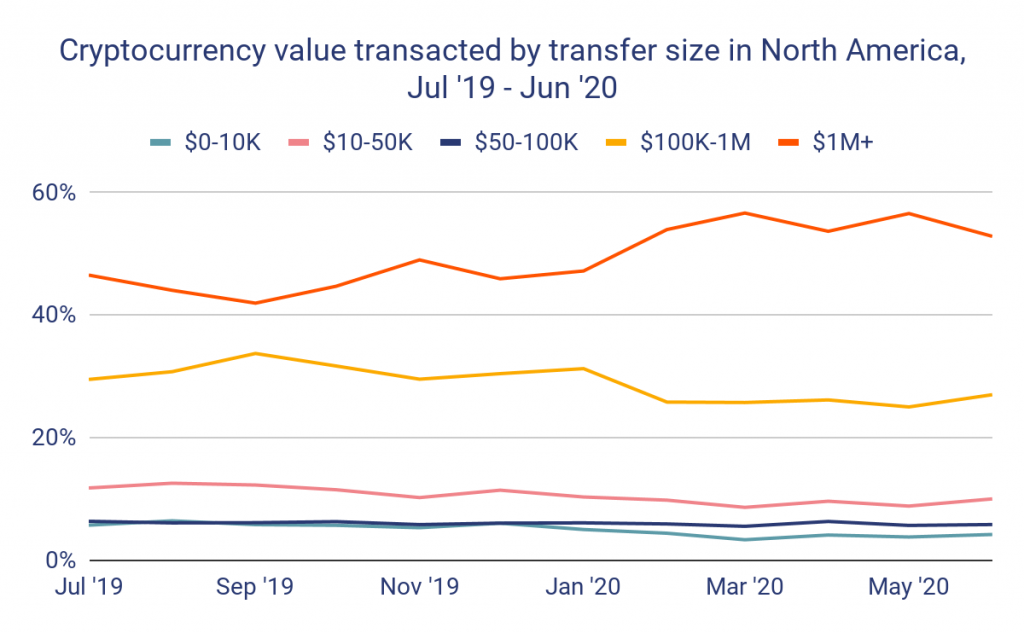 The size of the transfers also indicated a more institutional swing in the North American Bitcoin markets. Between December 2019 to May 2020 the value of transfers over $1 million in trade size rose from 46 percent to 57 percent. It should be noted that this increase is measured in dollar terms, while the actual value of Bitcoin fluctuated between a high of $10,000 to a low of $3,800. During this period, professional investors’ market share also rose from 87 percent to 92 percent.

Perhaps the most important finding from the report is that institutional investors are hodlers rather than traders of Bitcoin. The report stated,

“The data also suggests that North America-based professional and institutional investors tend to buy and hold cryptocurrency moreso than those based in East Asia, who tend to trade at a higher frequency.”

Interestingly, over the past two weeks over 300,000 in Bitcoins amassing a profit of over 25 percent have been sold and the age of Bitcoin held has seen a drastic decrease. This indicates that Bitcoin that is held for a long period of time is being sold off in droves for a high profit of at least one-forth its value. With institutional investors at the center of the hodling strategy, they could also be at the center of the sell-off, realizing their profits in the mix.