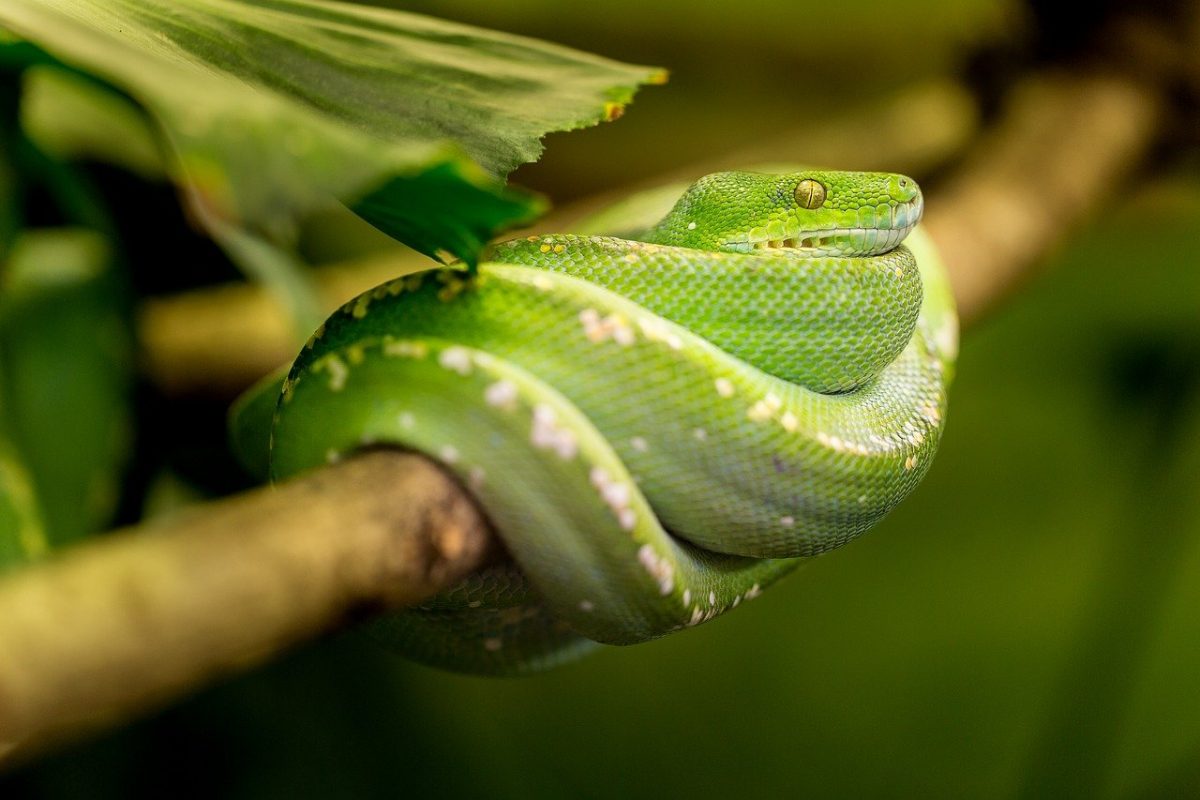 Binance Coin exhibited bullishness in its market, but it could see a minor drop of 2-3% before noting further gains. NEM broke out of a period of consolidation and appeared to have flipped a level of resistance to support. Verge showed bearishness in its own market. 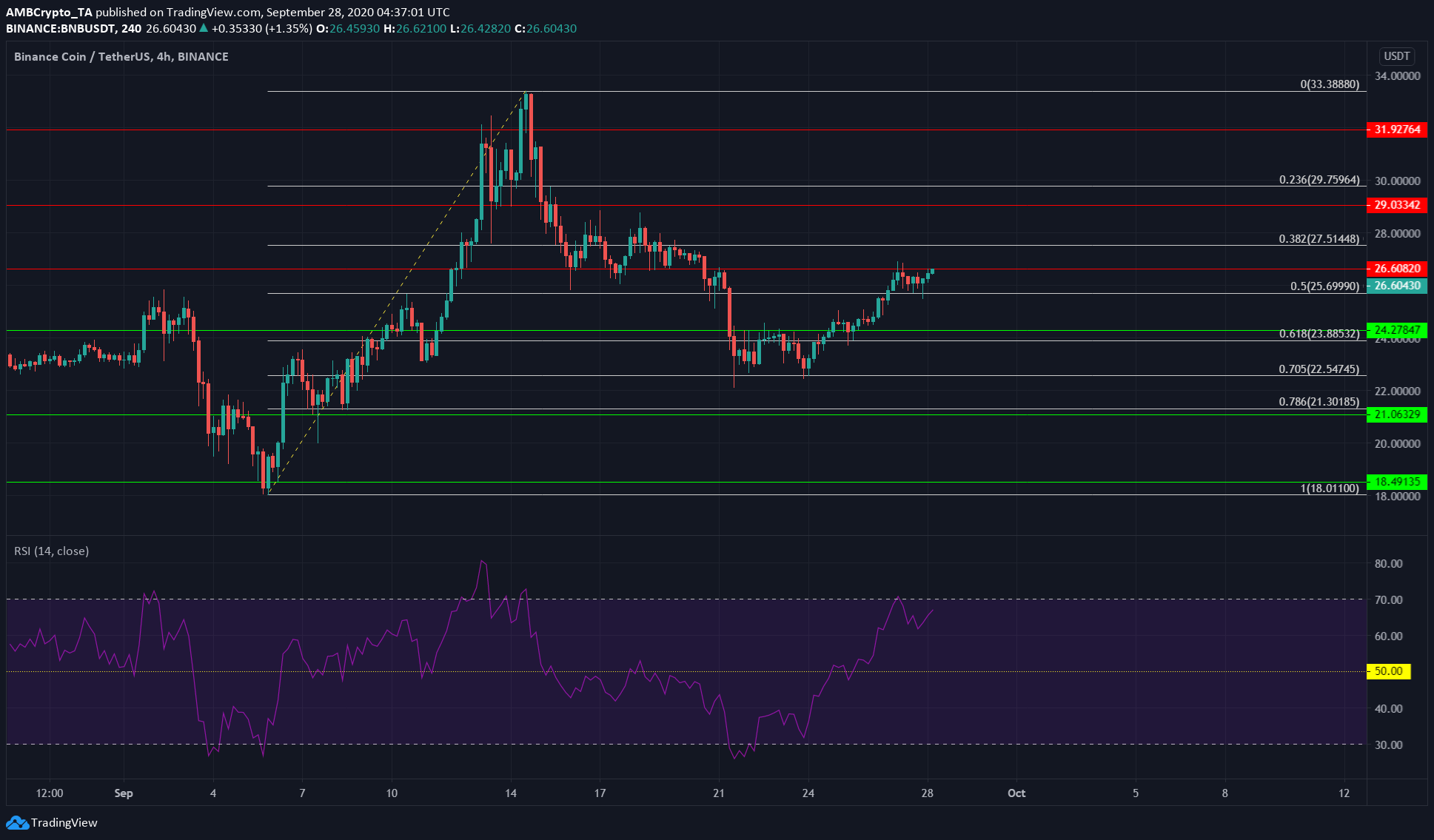 At press time, BNB was trading at the level of resistance at $26.6. The Fibonacci Retracement levels, combined with the support and resistance levels on the chart, have been consistent so far in illuminating the price’s movement.

The RSI was at 67, a sign of bullish momentum. However, it could also head into the oversold territory in the coming hours. It can be expected that the price will register a minor pullback to the 50% retracement level, at $25.6, before noting another leg up.

The 70.5% retracement is not a Fibonacci Retracement level, but this retracement level is considered an optimal trade entry and can sometimes serve as a good zone of demand for a crypto-asset. In fact, the recent surge was preceded by buyers showing interest in this region. 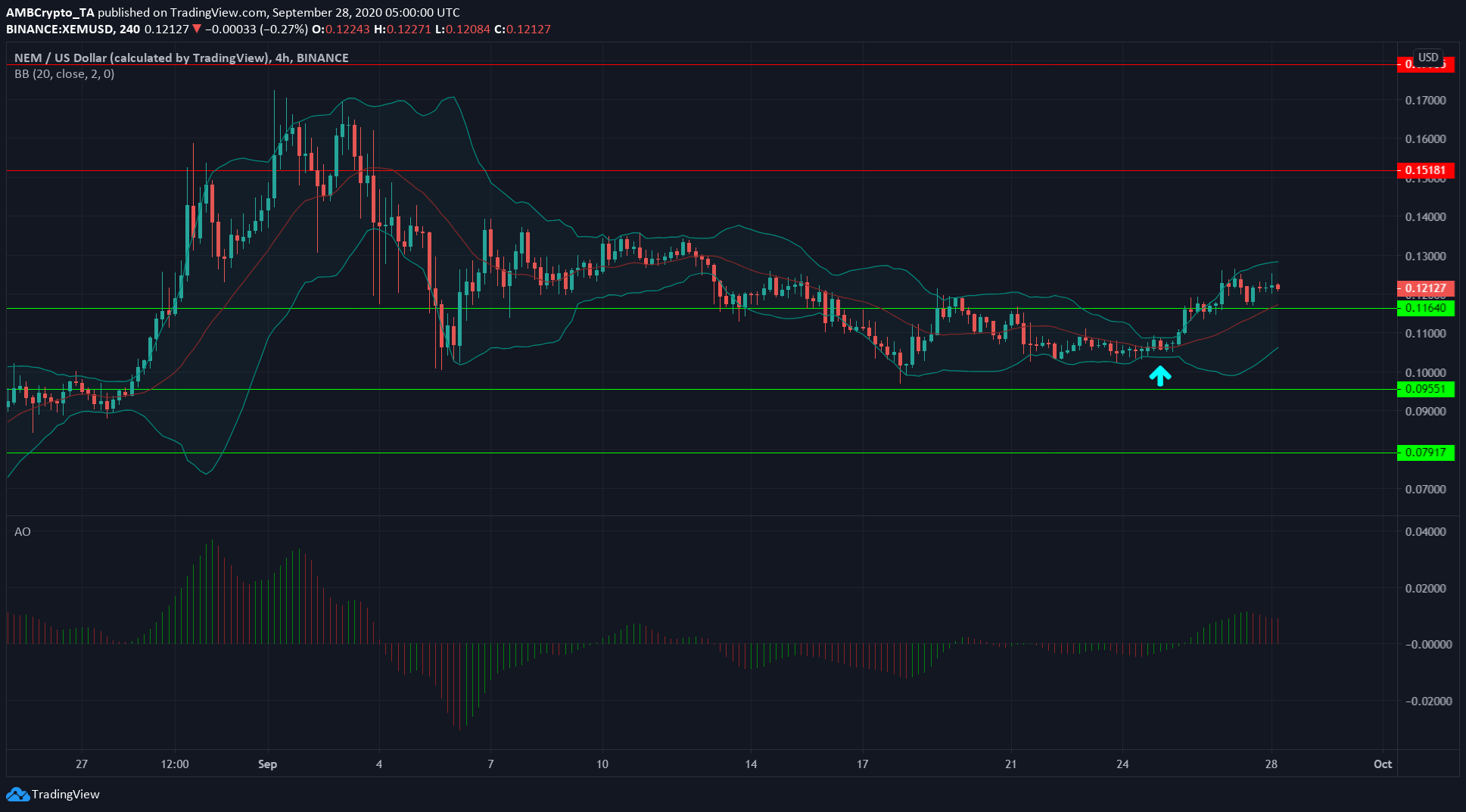 The Bollinger Bands were converging around XEM for about a day, as highlighted by the cyan arrow. Subsequently, XEM broke out upwards and the mouth of the bands expanded alongside the same to show heightened volatility in the market.

XEM soared past its resistance at $0.116, but it might re-test the level of support once more in coming trading sessions. This is likely to be followed by sustained movement to the upside for a day or two.

The Awesome Oscillator also registered a shift in momentum in favor of the bulls in recent days. The zone at $0.135 could offer some resistance to the price rise.

In other news, NEM announced the launch of the 3-month NEM Symbol Testnet dubbed Hippopotamus. 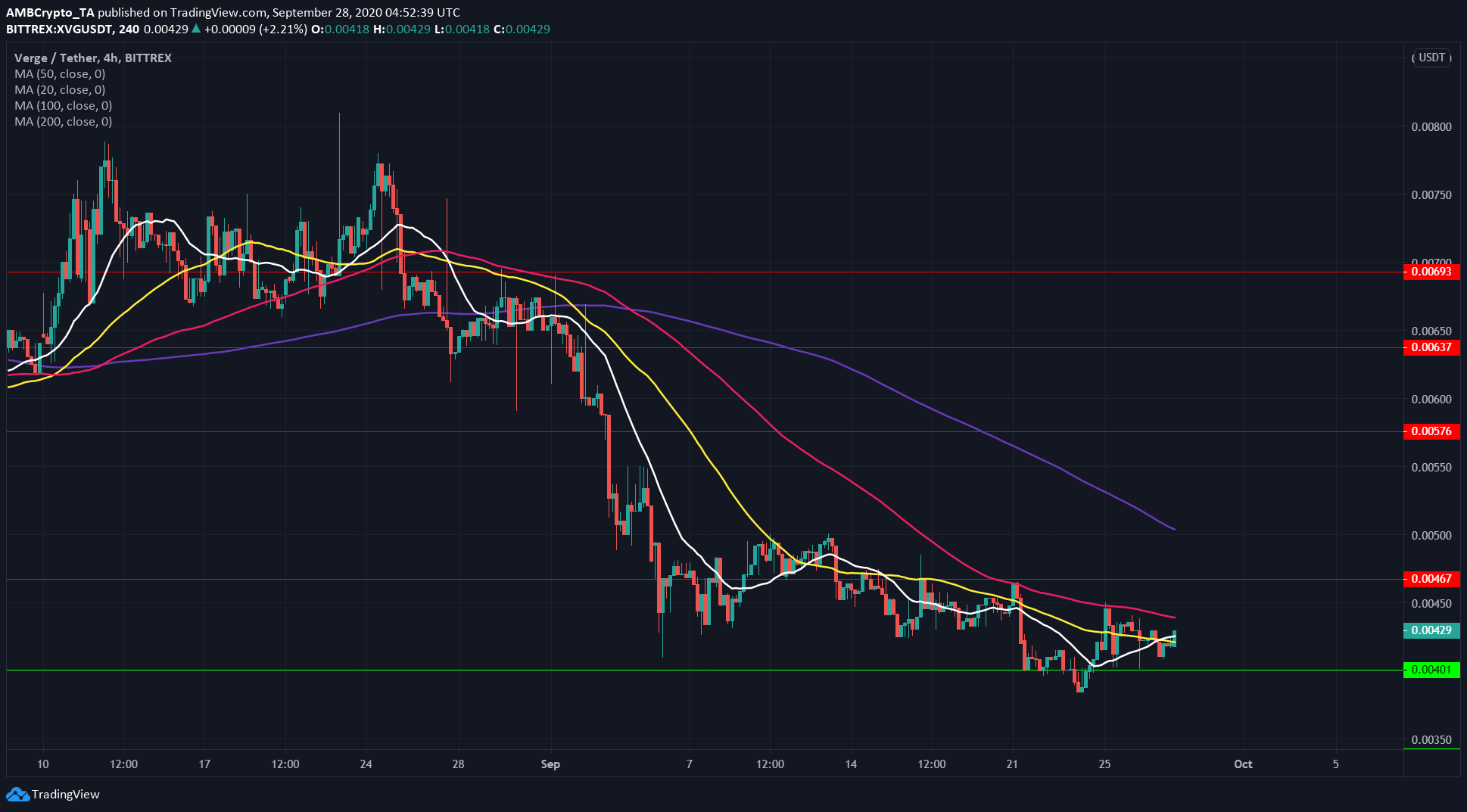 The moving averages painted a bearish picture for XVG. The 100 SMA (pink) was moving well beneath the 200 SMA, showing that bearish pressure on the crypto-asset continued unabated. The next level of support lay at $0.004 for XVG.

The 20 SMA (white) crossed above the 50 SMA (yellow), but this was not exactly an encouraging sign for the market bulls. It is more likely that XVG would get face stiff resistance at 100 SMA or at the $0.00467 level.

A bounce in the coming hours, if it happens, could provide an opportunity to short the coin.

Here’s how Bitcoin spot, derivatives will do, following the expiry