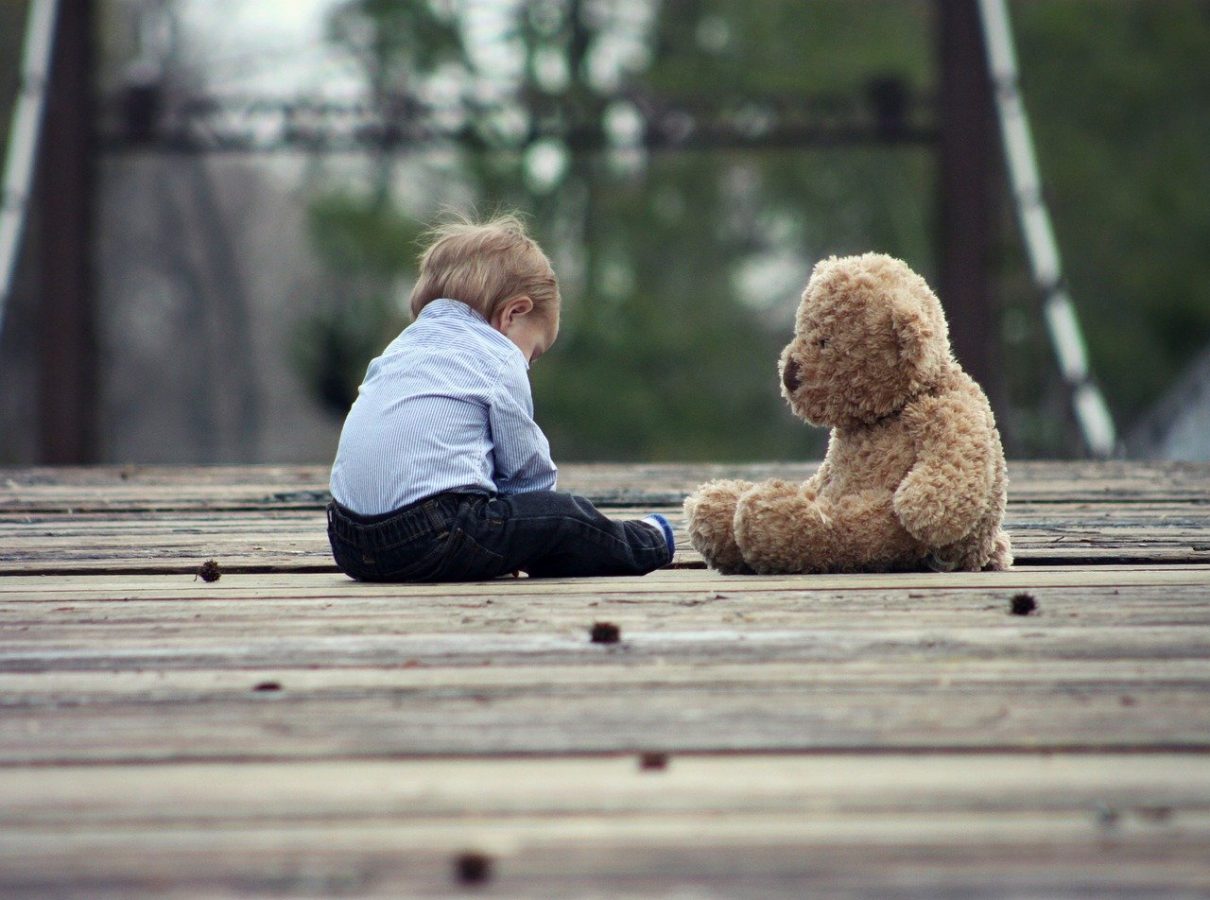 After a week of choppiness around $19,000, Bitcoin dropped beneath $18,600 and was trading at $18,135 at press time. Binance Coin looked set to drop to support at $26.7. Monero, one of the strong performers over the past couple of volatile weeks, would seek to halt losses at $127. Dogecoin saw a breakout to the downside as sellers dominated. 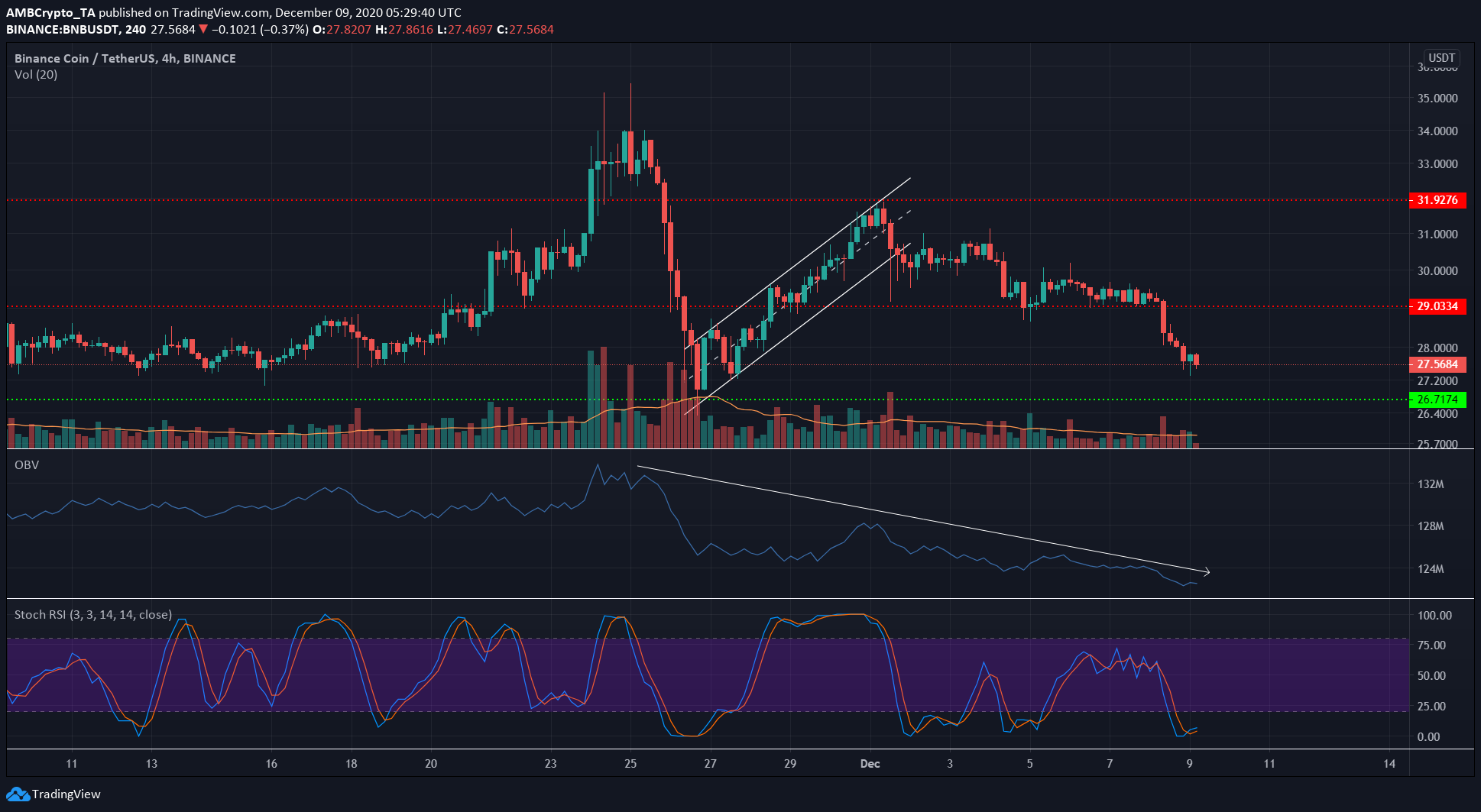 BNB fell with momentum beneath support at $29 and approached the next level at $26.7. Exit from the ascending channel generally sees the price retrace toward the base of the channel which for BNB is the $26.7 level.

Stochastic RSI drove deep into oversold territory, but by itself, Stochastic does not indicate an immediate pullback. OBV showed a steady downtrend in buying volume.

Taken together, further downside can be expected for BNB. 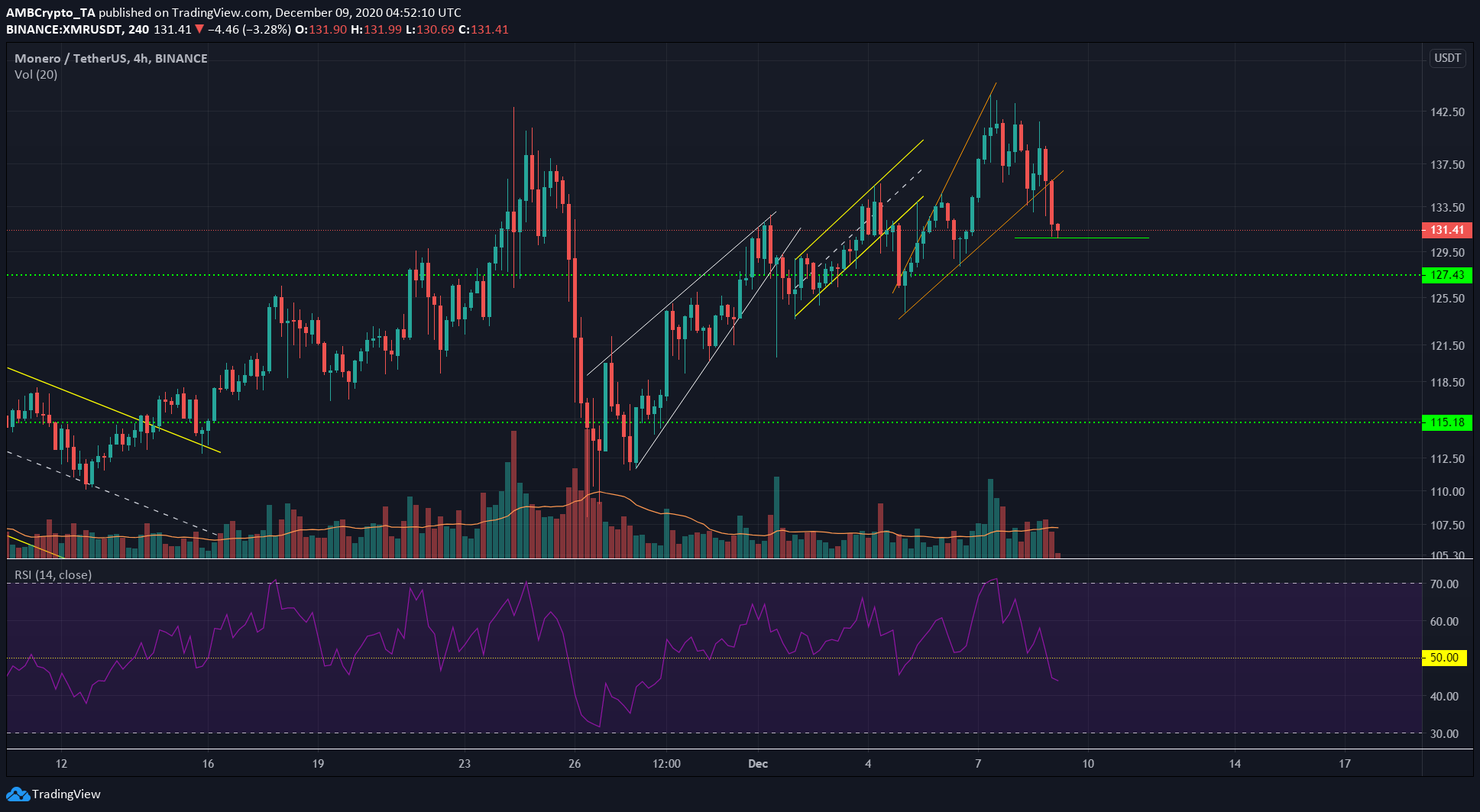 A candle close outside the ascending broadening wedge saw the $130 pocket offer support to XMR. It might not last long; As RSI dove beneath the 50 neutral line, it could indicate the onset of a downtrend in a few hours.

Market participants ought to watch the $127 level. Despite volatility surrounding Bitcoin and the rest of the market, XMR has been a coin with a steady bullish performance over the past few weeks.

Beneath the $127.4 level of support, $124.7, $120 and $115 will still remain as strong regions of demand that should hold bears at bay, provided the market doesn’t see a deeper Bitcoin correction in the coming days. 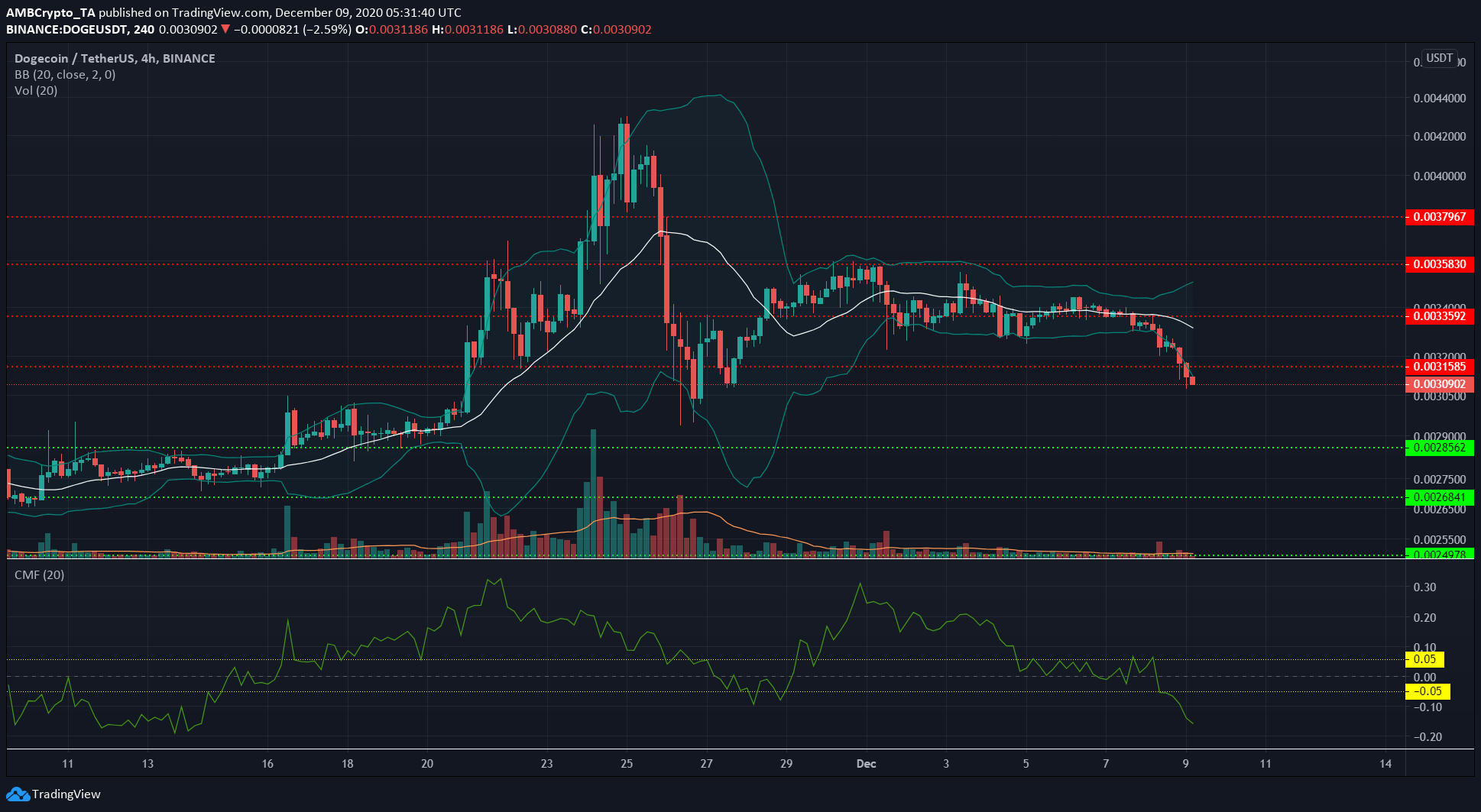 Bollinger bands began to widen after a period of lowered volatility for DOGE. Widening bands were accompanied by a steep drop in price.

DOGE broke beneath the $0.00315 level with momentum. 20 SMA (white) was well above the price, highlighting extreme short-term bearishness. CMF also dropped beneath -0.05 to indicate capital was flowing out of the market.