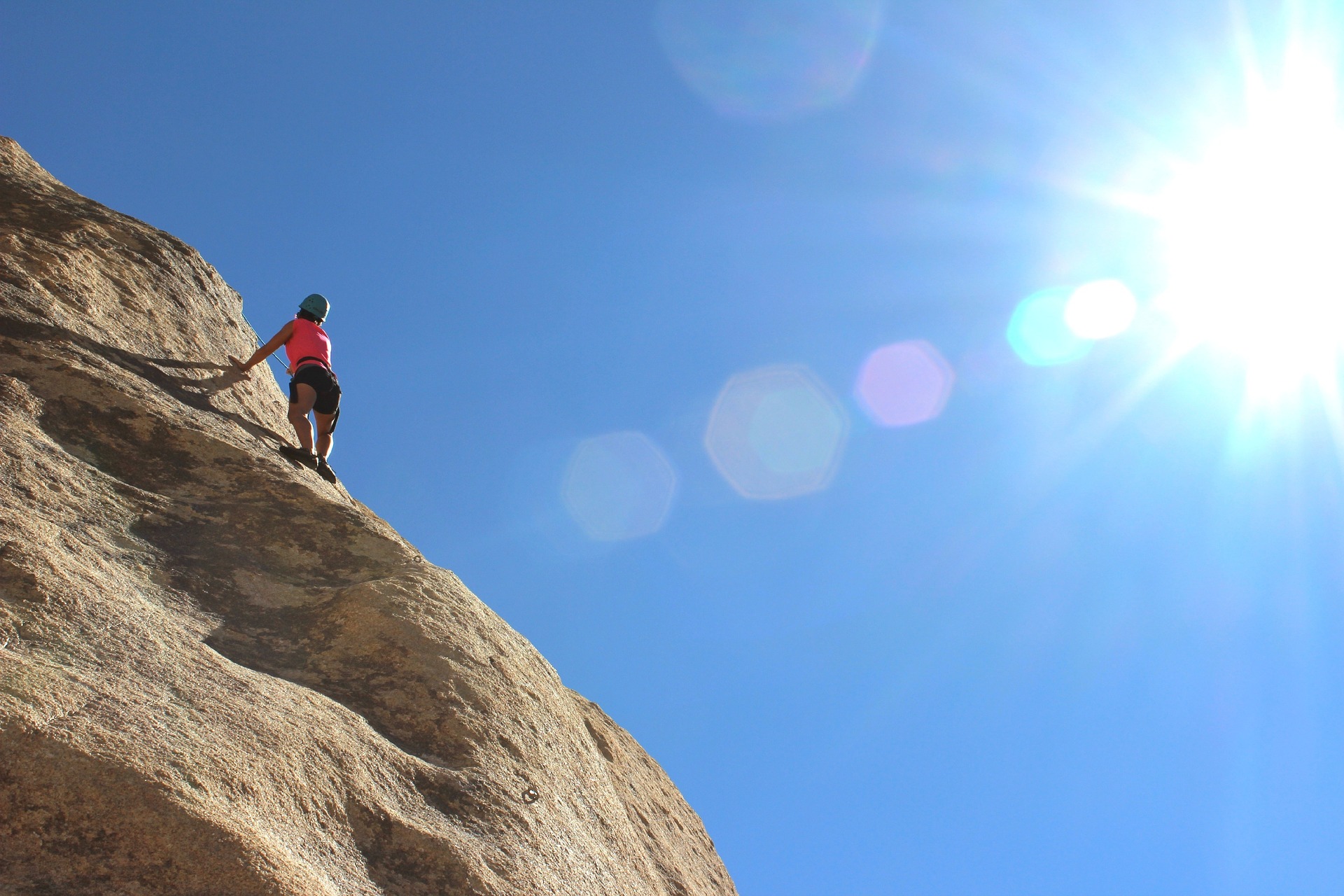 Bitcoin dominance climbed from a recent low at 60.22 to 61.59 at the time of writing. The recent Bitcoin dip to $11,400 did major altcoins no favors, with a lot of red across the board. Some coins with excellent recent gains also dropped, such as TRON. Binance Coin might have also embarked on a short-term downtrend. Ethereum Classic failed to make higher highs and was trading at support zone. 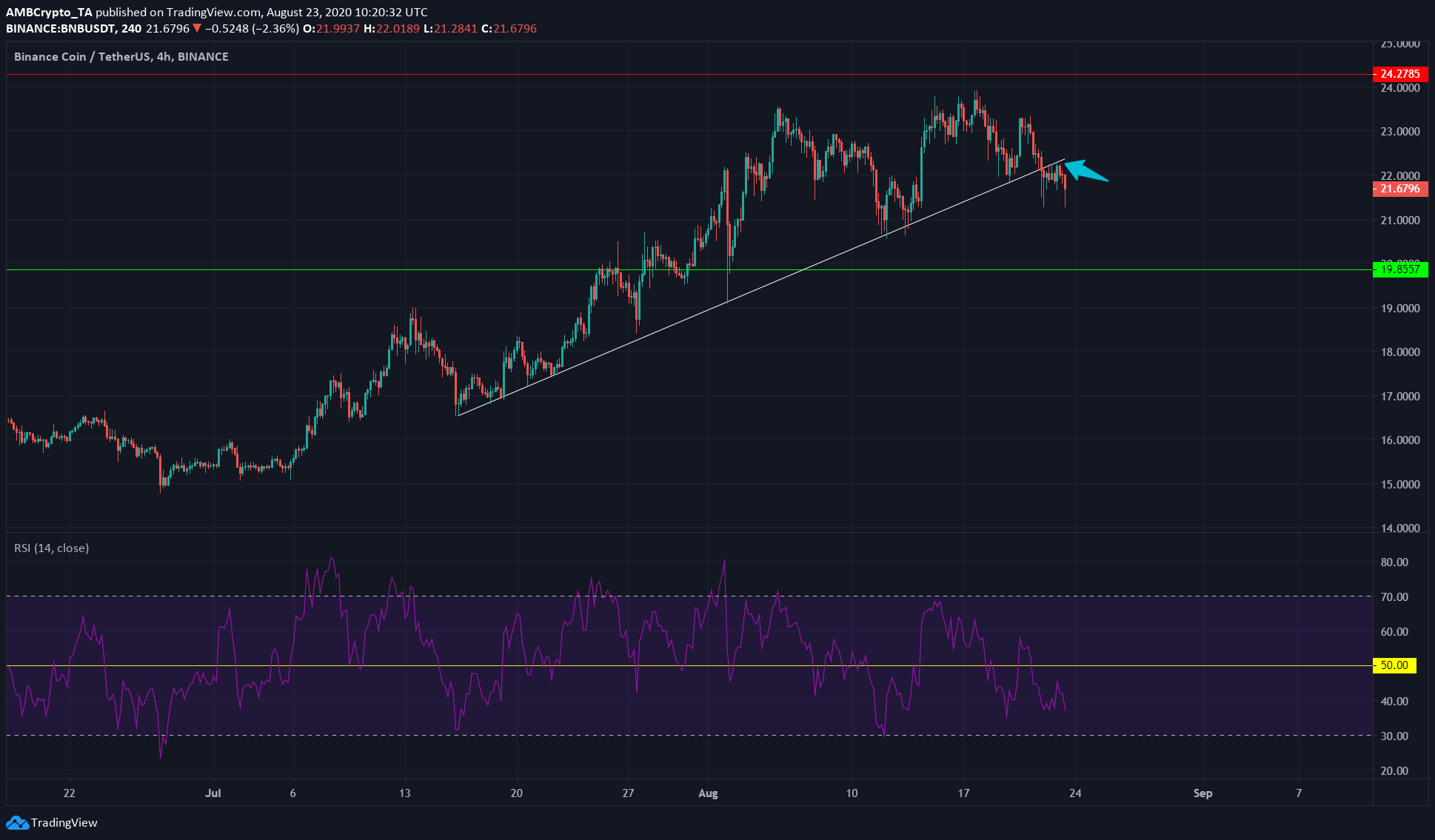 BNB broke the trendline (white) and retested it (blue) showing a trend reversal in the shorter time period. The next important level of support for BNB is $19, with the possibility that $21 zone can also serve as support.

It is possible that Binance Coin will resume its previous uptrend on the longer time-frame after some retracement in the short term.

RSI failed to hold above 50, showing bearish momentum. RSI value was 36 at the time of writing, straying close to the oversold region where a bounce could occur. 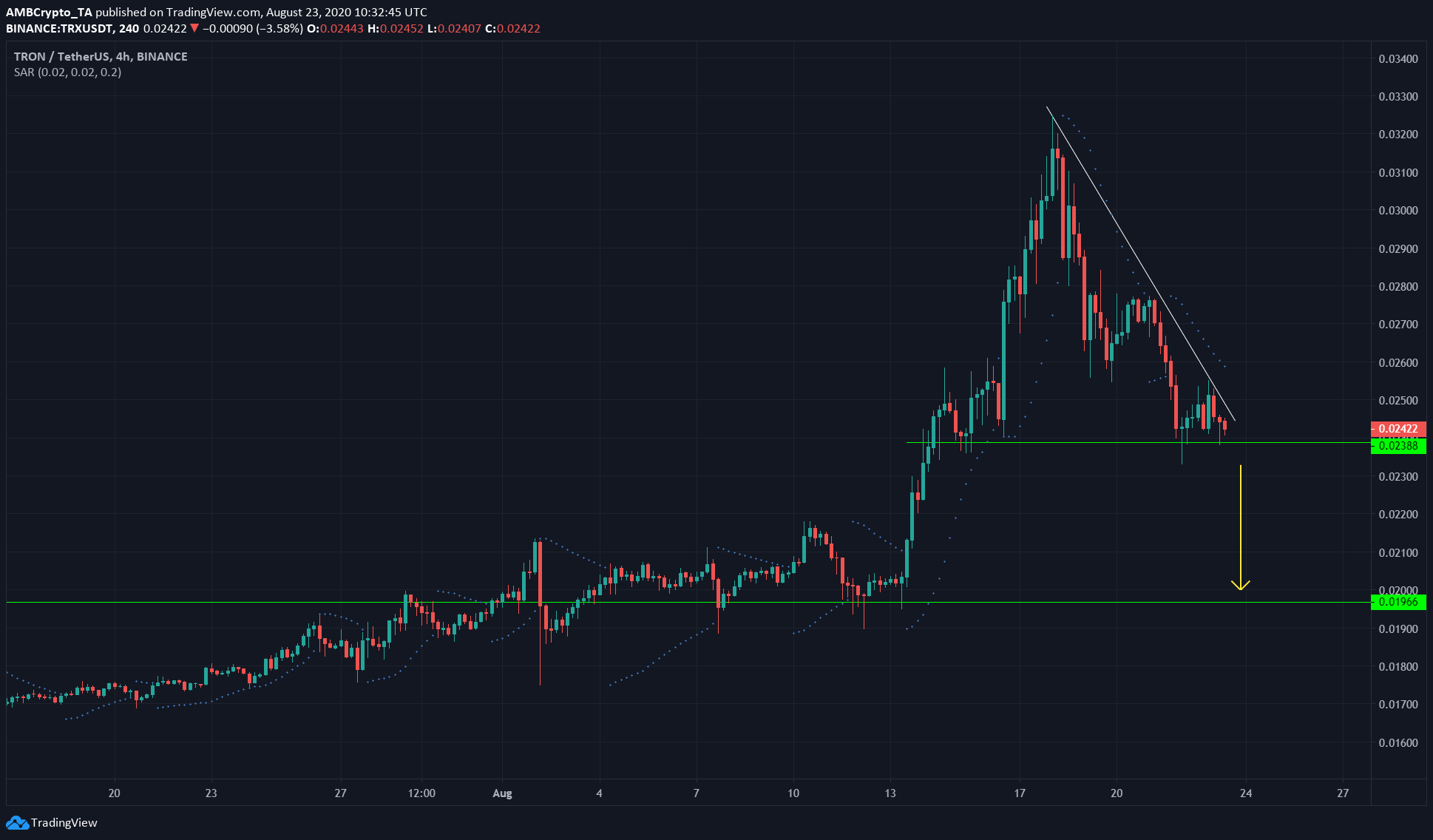 In the daily time-frame, TRON exhibited a clear V top pattern. This is a reversal pattern that showed TRX might be set to lose a majority of its recent gains.

It is possible but unlikely that support at $0.0238 will hold. More likely is the possibility that TRX finds support at $0.0196 region. Parabolic SAR also indicated sell signals, as it has for most of the move downward. 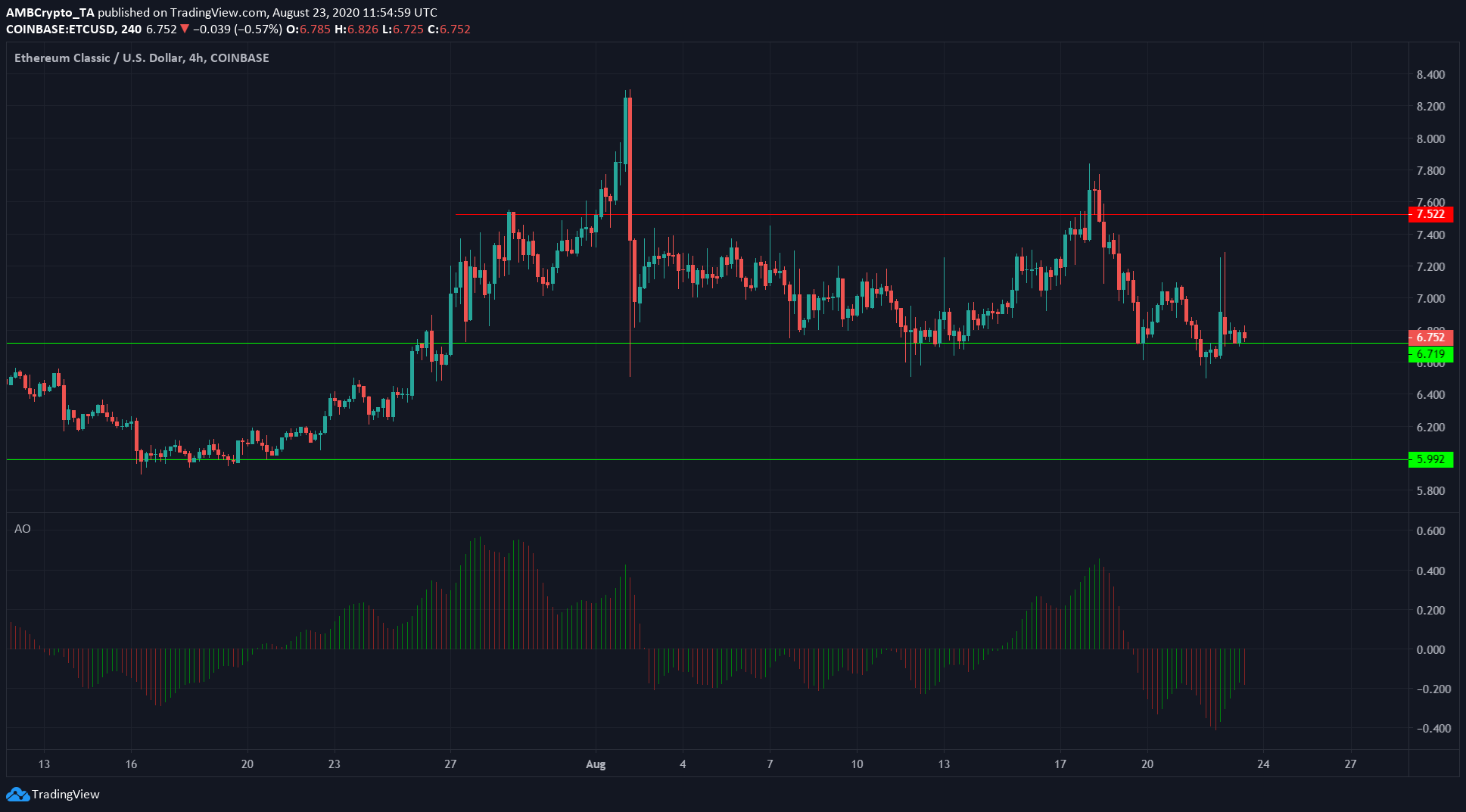 Ethereum Classic was unable to scale the heights of $7.5 and stay above, rapidly declining instead. Support at $6.7 was retested twice in successive days at the time of writing. If support failed, $6 region can be expected to act as support.

ETC made lower highs on successive retests of $6.7 support, lending credence to the strength of selling pressure. Awesome Oscillator was negative, indicating bears held sway in the short-term.

The vulnerability of the ETC network has been highlighted, with two 51% attacks on the network this past month alone.

Here are 7 factors that can derail a Bitcoin bull run