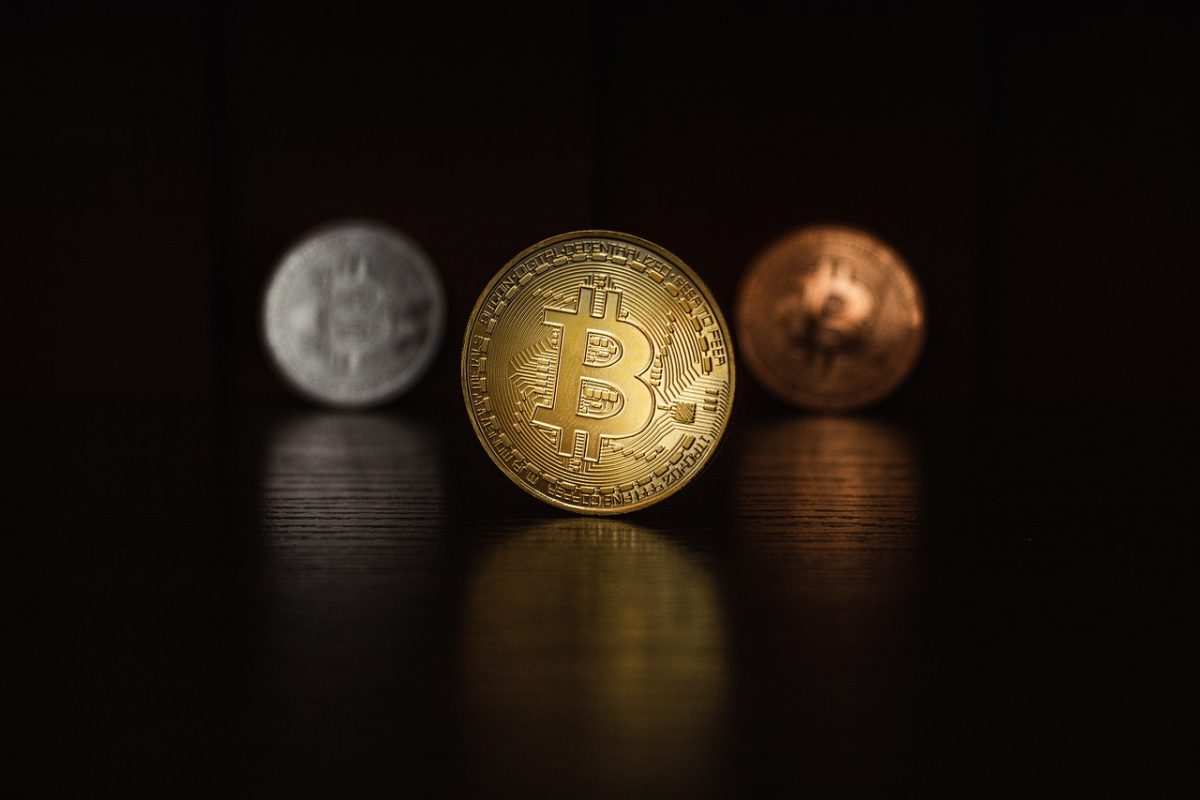 Bitcoin market witnessed large sell-off taking place within an hour on 2 August. This selling pressure caused the price of BTC to dip from $12,100 to $10,559. However, the asset immediately bounced back in the following hours and was valued at $11,148 at press time. Traders have been taking advantage of this bullish market.

As the price of the asset rises, the futures market has been witnessing growing interest from the traders, both retail and institutional. According to data provided by Skew, BTC’s open interest marked a peak on 1 Aug. Bakkt and Chicago Mercantile Exchange have also been seeing sizeable increases in volume and OI. However, the amount of BTC futures contracts held to expiry crashed by 74% in July, which was the lowest amount held to expiry so far in 2020. 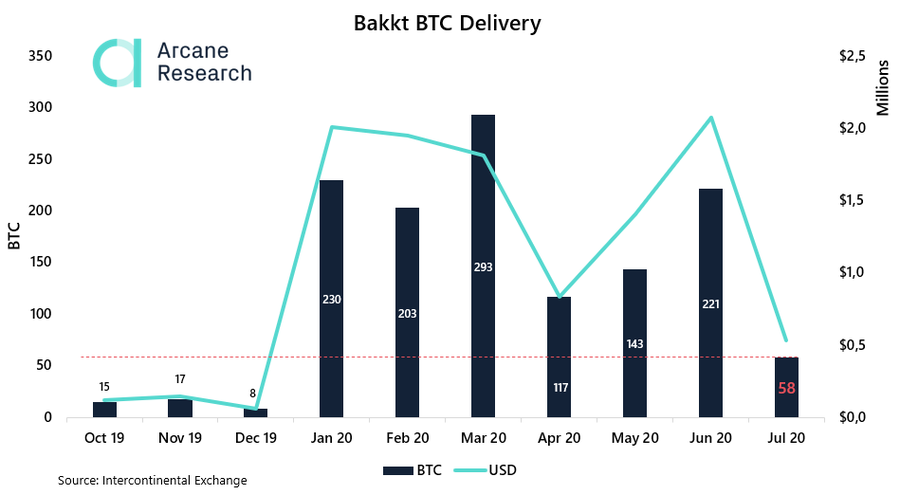 According to the chart above, contract expiry rates from June to July have dipped from 221 BTC to 58 BTC. This was lower than the amount of BTC futures contracts held to expire in April, after the March crash. However, trading activity on the platform told a different story.

According to Skew, Bakkt noted the highest physically settled BTC contracts on 28 July with $132 million, after which a local high was noted on 31 July of $97 million. OI reported an all-time high of $27 million. 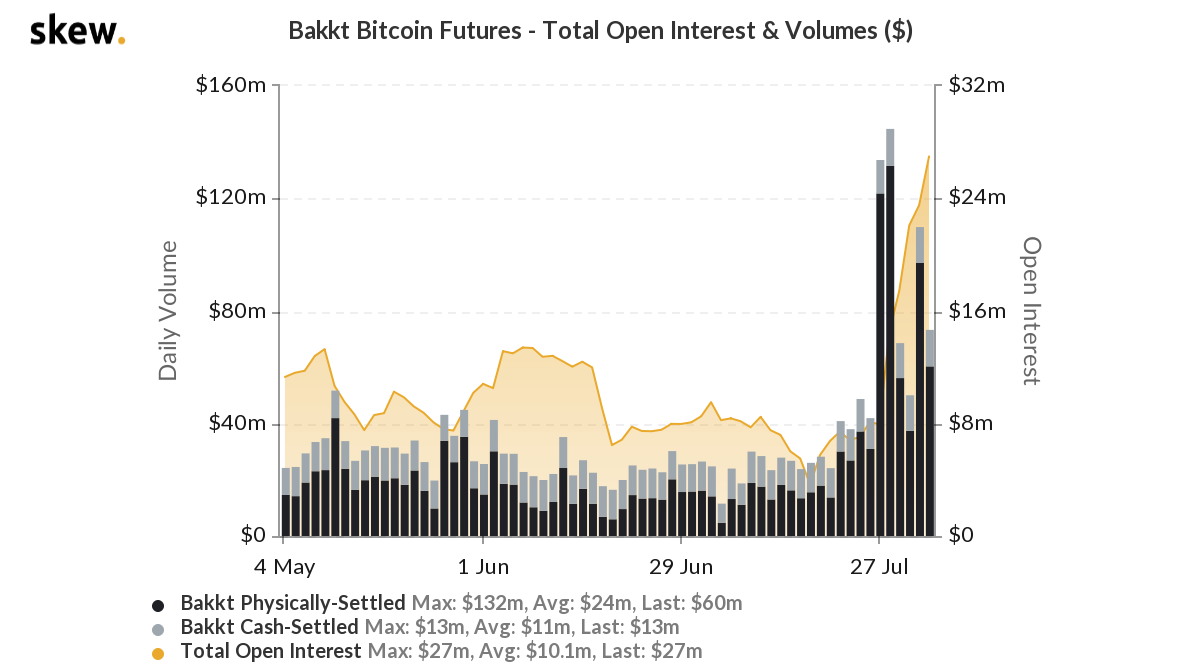 Similarly, CME also noted rising interest in its market as it also noted an ATH with $828 million. This OI peak also pushed CME to the number three spot of exchanges with the largest OI for the BTC futures list. 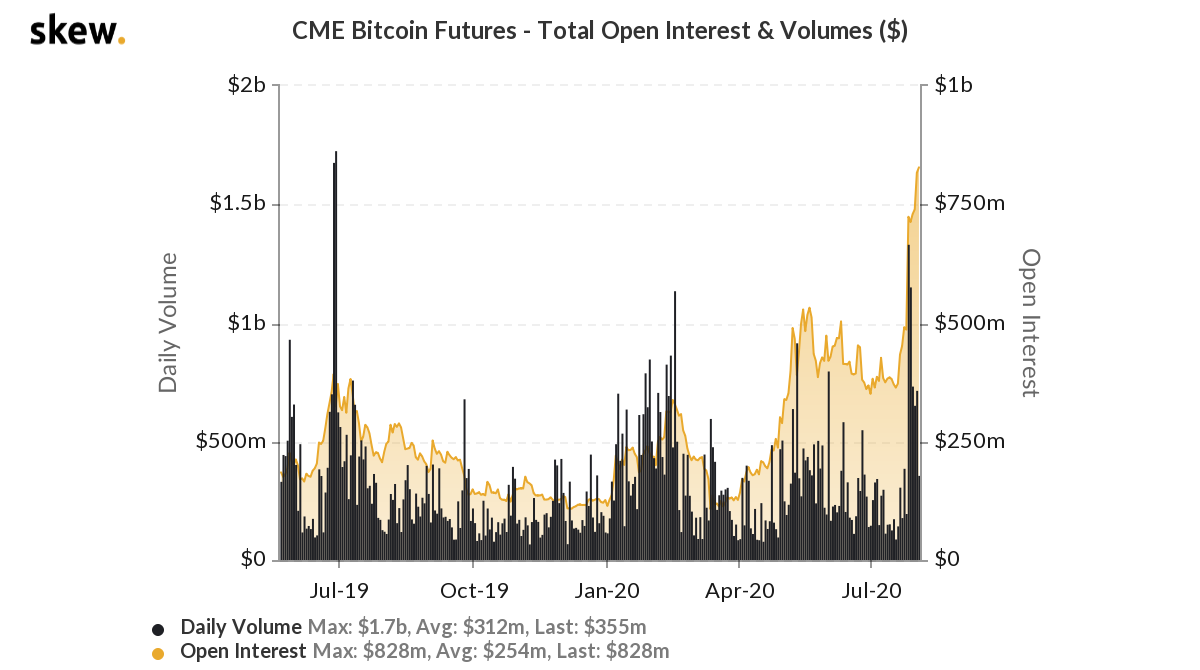 It followed the likes of OKEx and BitMEX. The daily volume remained close to $355 million.