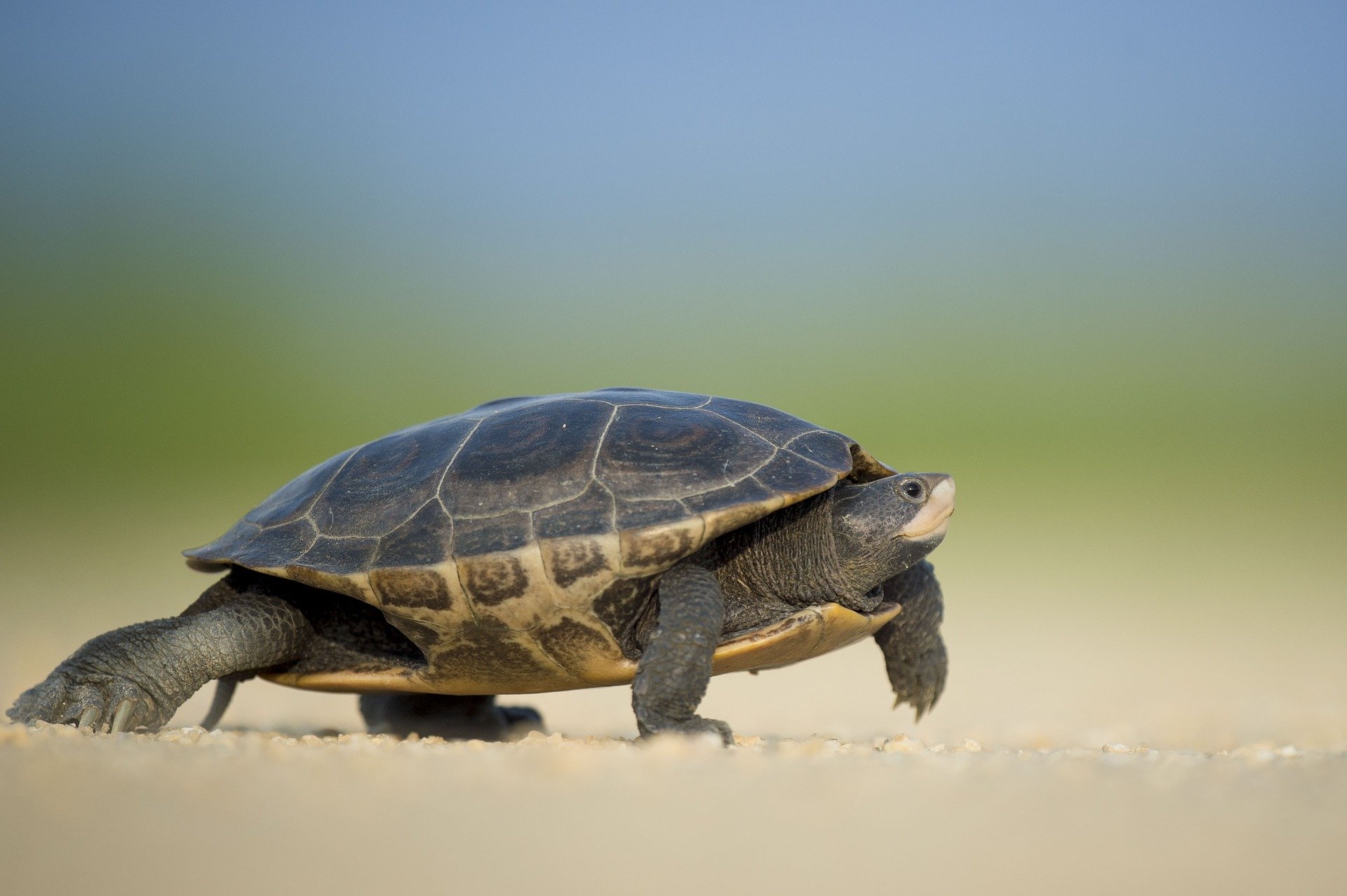 July marked the first month of the Q3 2020 and after an unenthused period in the market, Bitcoin and Ethereum made huge strides in the final 9-days of the month. According to Deribit’s Institutional Newsletter, Bitcoin and Ethereum registered a price jump of about 22% and 48%, respectively, creating a stir in the derivatives market as well.

Volatility tripled in the charts reaching above 60 percent, with DeFi possibly being one of the biggest factors for Ethereum’s rally. 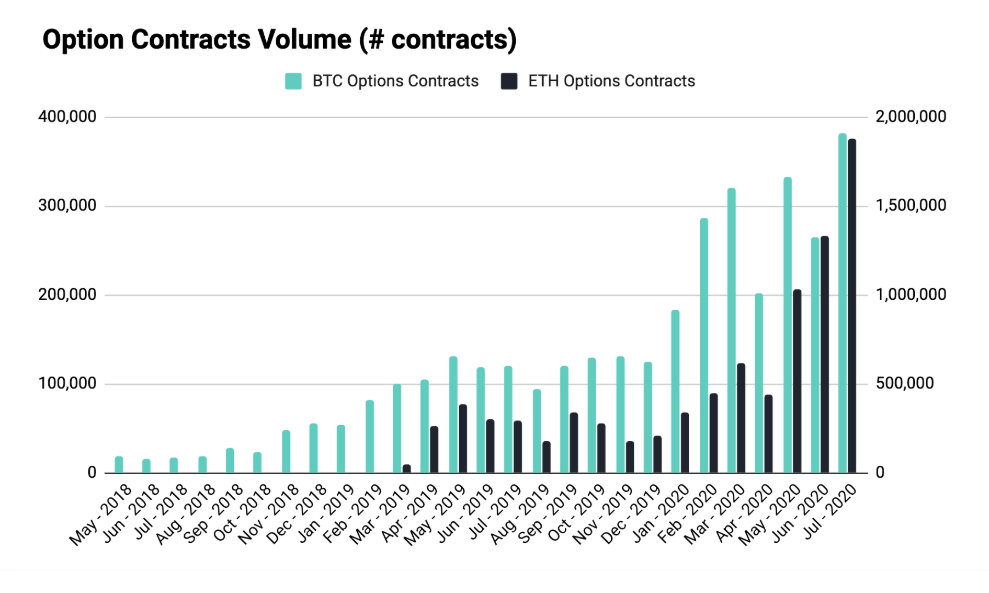 Bitcoin and Ethereum option contracts volume increased drastically in July 2020, registering its largest volume on both assets since Deribit’s inception in May 2018.

In spite of tremendous growth, the total USD turnover development was on the lower side in comparison to February and May 2020. 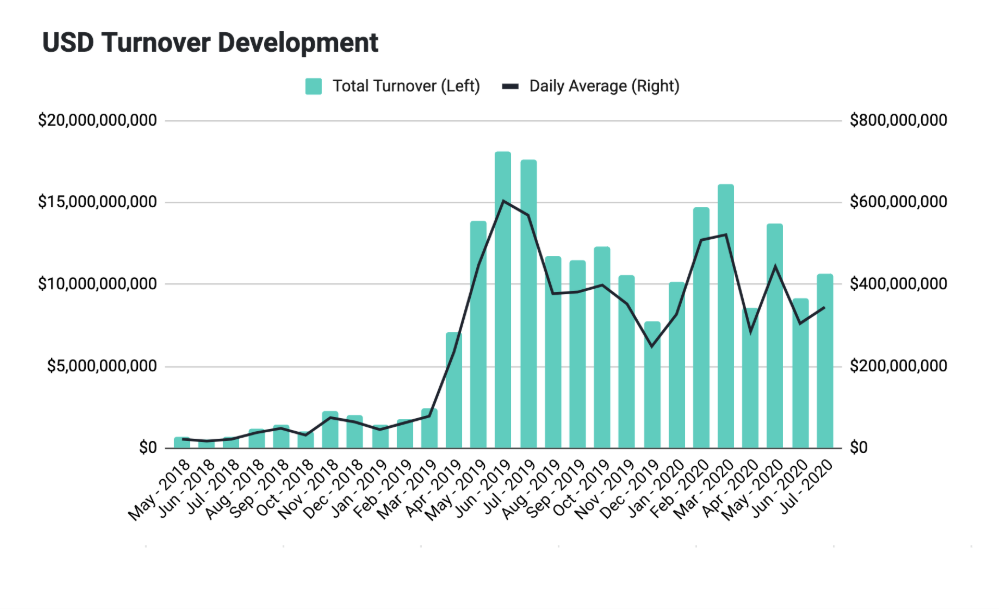 As illustrated by the above chart, the total turnover in USD was around $10.7 billion, which is more than its previous month, but relative to May and February, it was still less.

It can be speculated that even though contract volumes increased during the month, investors were possibly more cautious in terms of putting money in the market as compared to February and May.

Contracts in the previous months had more value in terms of price despite being less in volume. 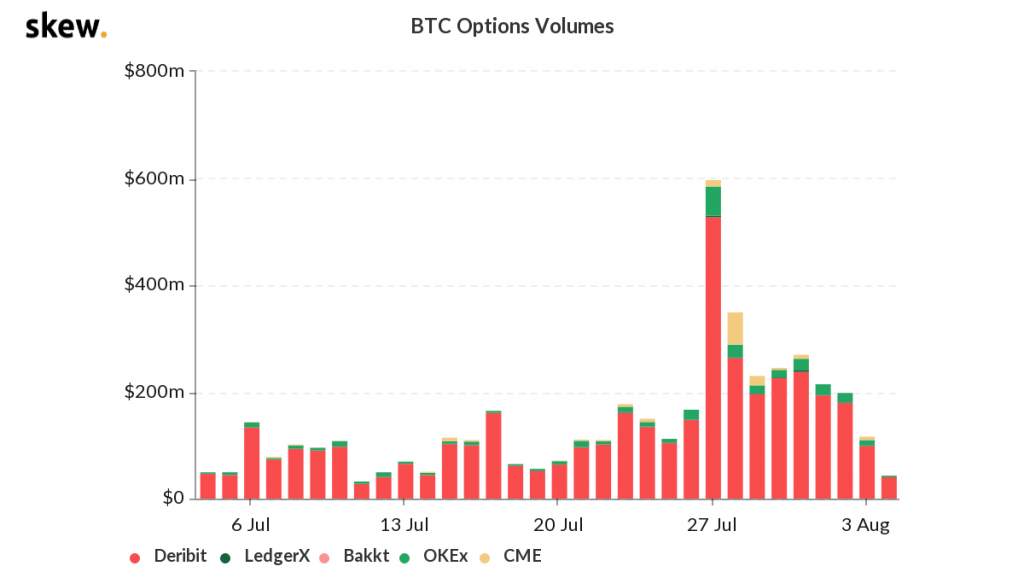 After a turn of events during July, markets have started slowly in August. Bitcoin options volumes over the past three days have been bleak, picturing a decline. The probability chart (below) also suggested that in spite of being valued at $11,152 at the time of writing, only 19% of the people expected it to cross $13,000 in August. It is a clear indication of the cautious approach traders are taking. 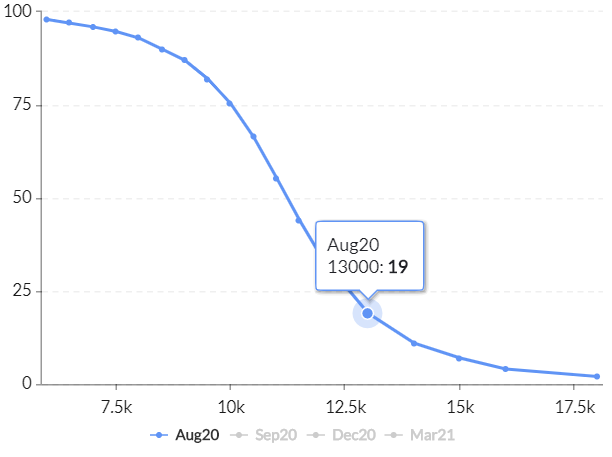 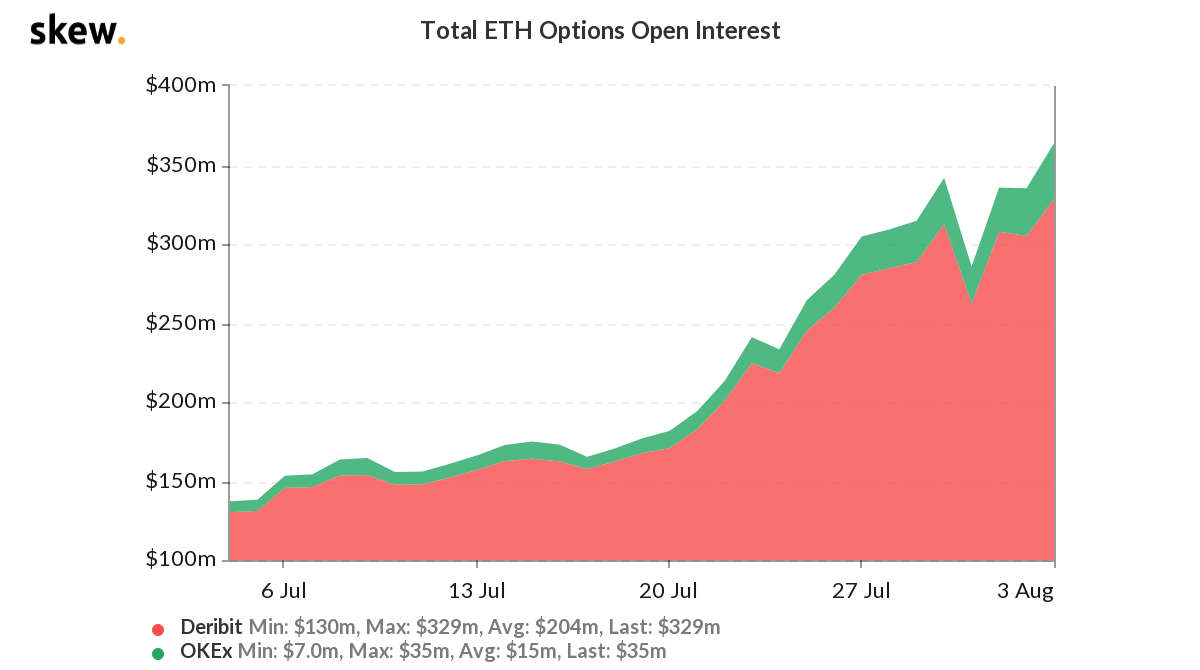 Ethereum Options’ Open-Interest has continued to grow higher after a minor dip during the expiry of contracts on 27th July. The above contrast in sentiment between Bitcoin and Ethereum option contracts could possibly indicate that Ethereum’s market is incurring higher interest from the investors than Bitcoins’ derivative market.