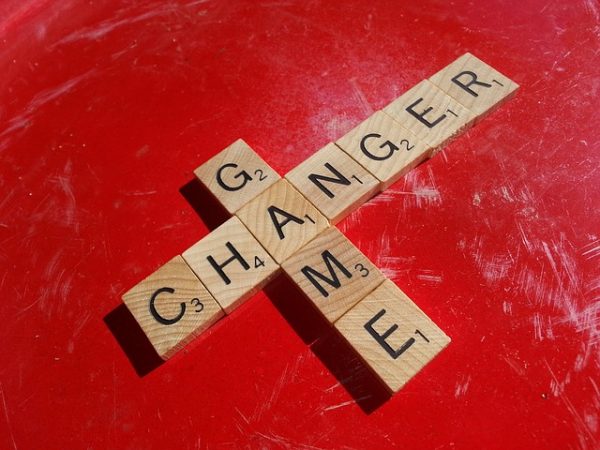 Mainstream media outlets covering stories on Bitcoin, regulators actively participating in the market, institutional investors sentiment pouring in, and also the year that marked the end of Bitconnect and several other ‘scammy’ projects.

In short, crypto was everywhere, irrespective of whether it was there in the positive limelight or negative. And throughout the year, there were three questions that constantly made a buzz in the market. When moon? When Bitcoin ETF? and When institutional investors?

At the start of 2018, the market was in the spotlight for its meteoric rise, while towards the end, it made headlines for its steep decline. Several proposals were made to the SEC with the prospect of getting an approval for an exchange-traded fund, but everything was in vain. Institutional players promised to step in and change the entire show but were subjected to regulatory approval, failing to make a debut by the year-end.

One such institutional player was Bakkt. The crypto-venture of Intercontinental Exchange. The company made the announcement of playing the crypto game in mid-2018, with the commitment of launching fully regulated Bitcoin futures that would be physically settled. It only took a matter of seconds for this news to spread like a wildfire in the space, with several investors and influencers preaching the impact the institutional player was going to have on the Bitcoin market, especially its price.

Why did Bakkt make the noise it did in the market? Simple, because of its parent company, ICE. Intercontinental Exchange has already established a strong foothold in the traditional financial markets, standing at the apex.

The American company led by Jeffrey Sprecher owned and operated 12 regulated exchanges and marketplaces including the New York Stock Exchange. Along with this, the company is also accountable for the operations of six clearing houses. Now, the company set the threshold to change the entire crypto-game the regulated way.

Bobby Ong, the co-founder of CoinGecko, told AMBCrypto that the Bakkt had several positive aspects connected to it for the long-run.

“I think Bakkt given the approval to offer physically-settled Bitcoin futures is very good news for the industry! This provides a path for more institutions to participate and get physical delivery. A regulated market is also better for traders who do not need to trade on other unregulated futures exchanges. It is hard to call price movement to be honest as there are many factors in play but this development is definitely good for the industry in the long-term.”

The platform’s first-mover advantage is going to be its daily and monthly Bitcoin futures. Unlike any other, these Bitcoin futures contracts are going to be physically settled, meaning upon expiration of the contract, investors will get Bitcoins instead of fiat. These futures contracts are going to be traded on ICE Futures US and Cleared by ICE Clear US. Bakkt also announced warehousing facility for the secure storage of customer Bitcoins, which went live on September 6. An all-in-one package.

The first ground of impact Bakkt is going to have is the pricing of Bitcoin. The platform has explicitly stated that they would not follow the price formed in the spot market, rather would discover it on its own platform.

The CEO of Bakkt, Kelly Loeffler said in a blog post,

“The concept of ‘price discovery’ might sound bland for something as exciting as Bitcoin. However, trusted price formation is a fundamental part of advancing the promise of digital currencies.”

On Bakkt and regarding Bitcoin’s market being manipulated and the community’s reaction to it, Mati Greenspan told AMBCrypto,

“I’m not sure this is something that requires a reaction. It simply means that as with any other regulated market, we should be able to rely on the data much better. I think that there has already been significant speculation on Bakkt’s introduction to the crypto market. Their offering has plenty of potential to allow large investors to trade bitcoin.”

Importantly, this move would tend to regulator’s main concern, market manipulation. The very basis the United States Securities and Exchange Commission has time and again rejected all the Bitcoin ETFs that made its way to its door. Moreover, the platform would also act as a key player in bringing in regulation to the space,

“Bakkt’s hugely awaited launch this month paves the way for leveraged bitcoin trading through a CFTC registered entity while simultaneously being able to take delivery of the settled assets through a regulated trust company. Unlike futures contacts that settle in cash, Bakkt’s induces regulatory harmony between the state-federal and state regulatory environment- one for trading contracts (federal level) and the other for custody (state level).”

Bakkt entry could prove vital for those seeking a rule-change approval from the SEC. Some believe that the chances of other regulated exchanges referring to Bitcoin’s price on Bakkt are highly likely, thereby creating a trusted and transparent marketplace. However, Shipkevich had a contrary opinion,

“It’s hard to say if Bakkt’s launch will have any direct influence over the SEC to reverse its rejection. We are dealing here with different types of products and services, and of course merely because the CFTC gave green light on the trading side this does not mean that by default the SEC has to agree with the Bitcoin ETF application.”

Along with the price, the platform will reform another key area of the Bitcoin marketplace – storage. This has long-since been a problem in the cryptocurrency space, with reports of hacks and thefts making headlines on a frequent basis. Bakkt announced that it received a green-light from the New York State Department of Financial Services to provide custodial services to its customers. Additionally, the warehousing of futures will be protected by an insurance policy of $125 million.

“Bakkt is going to start[ed] depositing BTC in their custodial offering starting September,  6th. While many in the crypto space may think that this is a good move ( Which I partially think so) and that it may result in a massive catalyst for institutional investors I think we all have to wait and see. I am trying to remain optimistic with a grain of cautiousness.”