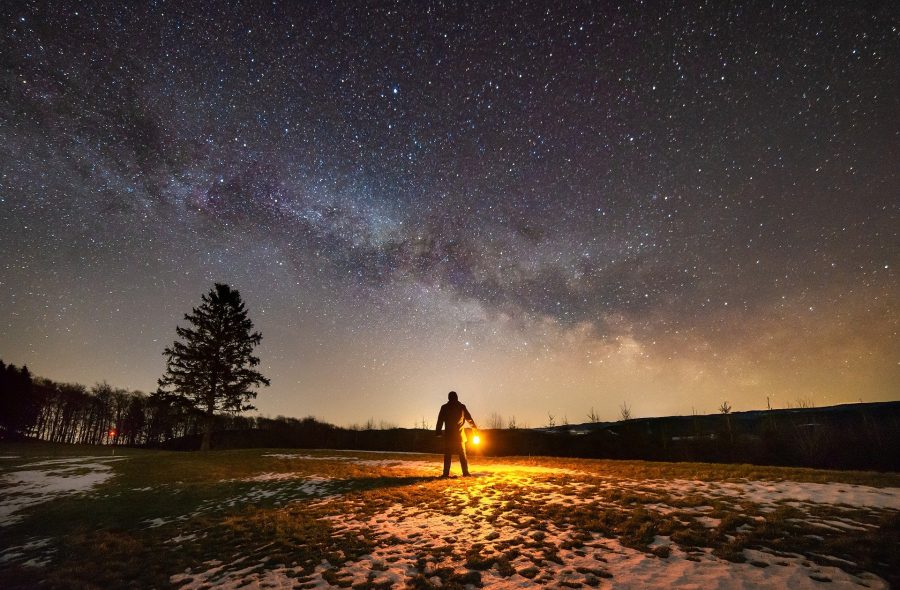 2019 has been relatively bittersweet for Bitcoin.

After an incredible run during the first half of the year, the largest asset recorded a decline of over 55 percent since peaking at $13,800 on 26th June.

Despite the turbulent year, a majority of the crypto community believed that Bitcoin’s network has periodically grown over time and with increased institutional involvement in 2019, there was little doubt about its improving credentials in the financial industry.

Data suggested the positive long-term trend may have taken a U-turn at press time.

A recent report by Longhash, Bitcoin‘s daily active addresses calculated from the inception of Bitcoin in January 2009 to December 2019 provided a key observation. 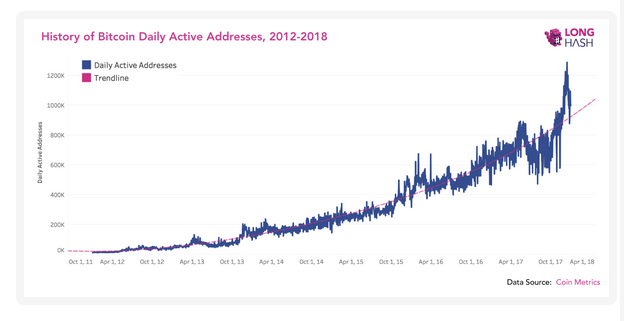 The chart above pictured the trend from 2012-2018 where the rate of active addresses followed the growing parabolic trendline at a balanced measure. 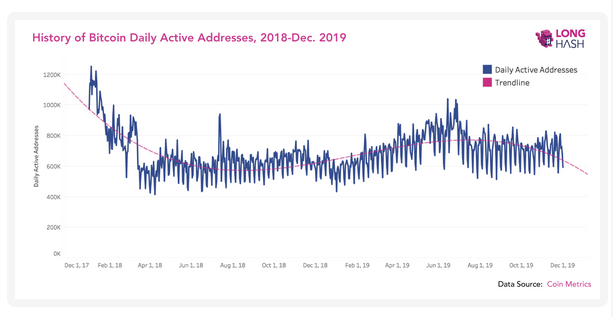 However, the trendline since the start of 2018 was completely non-uniform. There was a complete absence of a growing slope as the number of active addresses navigated through a period of sideways movement, ranging between 500,000 to 900,000 addresses. 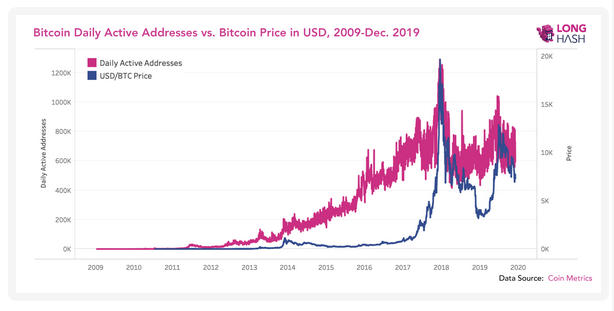 It was also reported that the trajectory displayed by the active addresses resonated with BTC‘s price over the last 2 years after both the figures registered a Pearson correlation coefficient of 0.76. The report speculated that a rise in active addresses may also have a future impact on BTC‘s price or vice versa.

Over the past, certain individuals conveyed an opinion that the growing interest in a state-backed digital asset may overshadow the utility of Bitcoin as a digital asset.

As previously reported, former IMF economist, Kenneth S Rogoff believed a CBDC would eventually take over from the likes of Libra and Bitcoin. He stated that regulatory bodies would never completely give the green light to decentralized assets as government entities would grab a hold of such propositions with time.

Moreover, China is proving to a be a major example in the present times. After supporting the idea of blockchain technology and digital currency, the People Bank of China recently announced the immediate discontinuation of private digital asset exchanges in Beijing.

On the contrary, Spencer Bogart, General partner at Blockchain Capital, stated that it would be unwise to bet against Bitcoin over the next 5 years as he believed that the price of the largest asset would undergo a constructive hike and perform better over the next half-decade.

However, decreasing interest in Bitcoin can be observed in Google Trends.

Since the first week of January 2018, the search trend for Bitcoin had drastically decreased; in the first week of September 2019, interest in Bitcoin improved almost twice as much from the peak in January 2018. The surge was probably due to the turbulent price activity displayed by Bitcoin but in three weeks, the interest dropped by 9-fold again.

The interest in Bitcoin continued to exhibit similar levels till the start of December with no prominent spikes.

Bitcoin is going to be ‘Pied Piper’ for institutions: Kraken exec