Bitcoin‘s struggle with the $10,000 mark is real. Since the recent halving, the asset’s sole purpose has been to muster up momentum and surge above $10,000, only to register strong corrections a few hours or days later.

Now, keeping that aside, Stack’s recent analysis shared with AMBCrypto, suggested that there is an evident shift in the nature of the Bitcoin investors. A significant amount of the traders were moving from a point of speculation to becoming favorable towards a long-term approach.

The analysis exhibited that the revival of dormant tokens has been key to identify the change in investor demographics. Over the past few weeks, Bitcoin that hasn’t moved for over a year was undergoing revival in the charts and becoming active again. This particular trend was coinciding with the sentiments of a long-term investor.

However, this wasn’t the only coinciding factor. 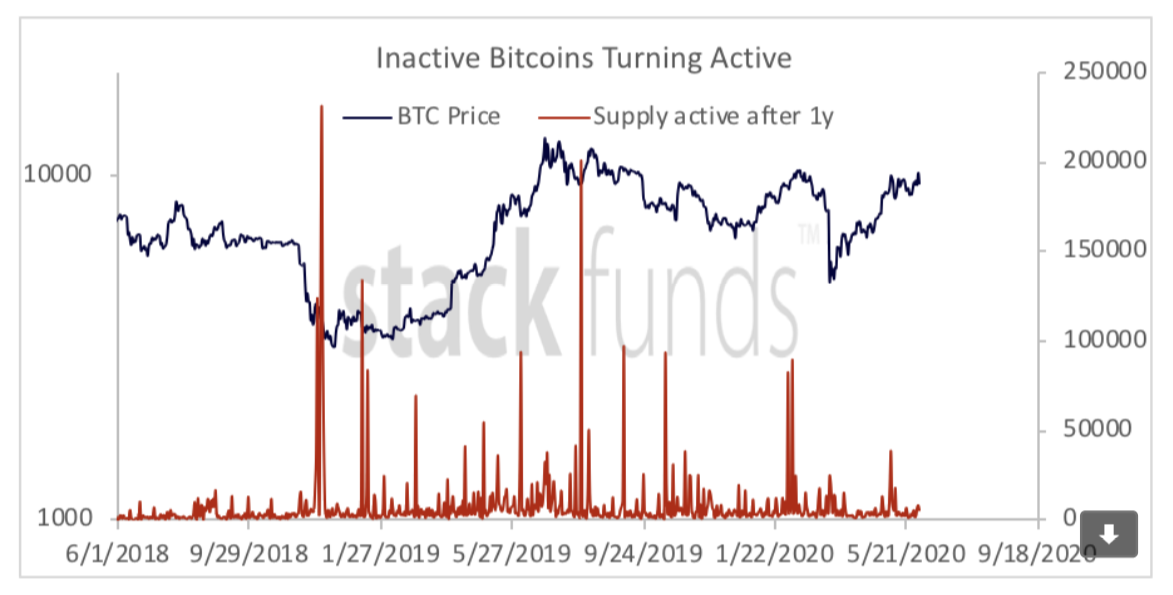 If the above charts are compared, it can be observed that dormant bitcoins in the past had also become active whenever a majority of the Bitcoin supply was profitable. Between 2018 and end of 2019, 85 percent of the total BTC supply was profitable and there is a spike in BTC supply turning active as well. However, the analysis also indicated that

“One notable insight is that the number of units of ‘revived’ Bitcoins, has been tapering off substantially following the March flash crash. On average, the Bitcoins turning active was approximately reduced by half over this period, showcasing that Bitcoin owners could have increased their risk tolerance substantially and are now biased towards a long-term view for the digital asset.”

Previously it was reported that the commodities market involving Gold, Silver, and Oil were on the rise recently and they were identified to be a major factor for Bitcoin to sustain a higher consolidation post-halving.

With the traditional financial industry is slowly coming to terms with the pandemic, it can be speculated that the idea of Bitcoin as an alternative asset to the traditional market may have played in role in dormant Bitcoin’s revival as well.

Bitcoin‘s investment attributes have also been more prevalent due to the growth of the futures market, and the number of investors strategically allocating these newly active Bitcoins is a major possibility in both the short and long term.