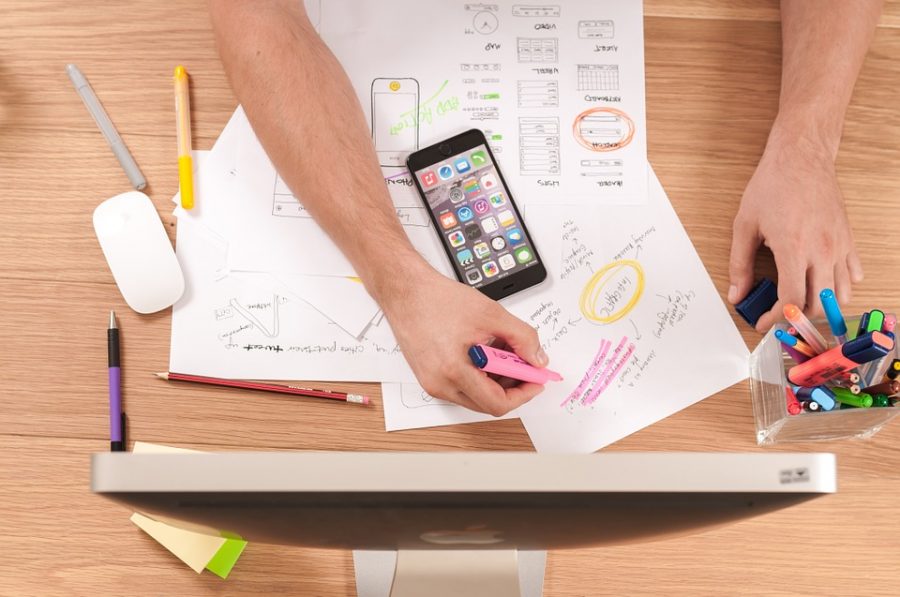 “Every once in a while, a new technology, an old problem, and a big idea turn into an innovation”
-Dean Kamen

The definition of the word innovation may be dreary but it is something that has set the pace of human evolution. A twist in ideas is all that is needed to propel one generation into another era. Necessity has always been the mother of invention; likewise, when self-sufficient XRP community felt the need for a tipping system, Wietse Wind cast magic spells with his coding charms to create the XRP tipbot. This solved a concern of the candid and exuberant community that wanted to express its appreciation through ‘XRP tips’. This Tipbot system is currently used not only on Twitter but also on Reddit and Discord.

Wind’s innovation helped many, but these systems are often looked at with suspicion of being misused. Even though Wind made it fool-proof by providing data on transactions taking place in real-time, it lacked something. The community was introduced to Daniel Siedentopf,  one among those with distinct ideas who is also a developer. Daniel realized the benefits of this tipping system but wondered about how making it more transparent would help the community.

He took it upon himself to solve this problem and thus, created XRPTipBot Statistics page. This public page provides any member access to tipbot insights like accounts that received tips, sent tips, spent tips on the overall network. While Wind’s page provides overall live statistics, Daniel took these live feeds to act as an archive for all transactions taking place via Tipbot across all social media.

Wind’s work with tipbot had one API on his page where users can view transactions taking place through Tipbot. Daniel took this a step forward and made his own API that was equipped to scan Wind’s API for recent transactions and upload retrieved data in a systematic fashion. Daniel told AMBCrypto:

“The maximum delay of uploading the live data would be of 60 seconds and not more than that.”

A look into the statistics provided by XRP stats website and found that the most receiver of tips was the father of the application, Wietse Wind with 12488.02 received in XRP. 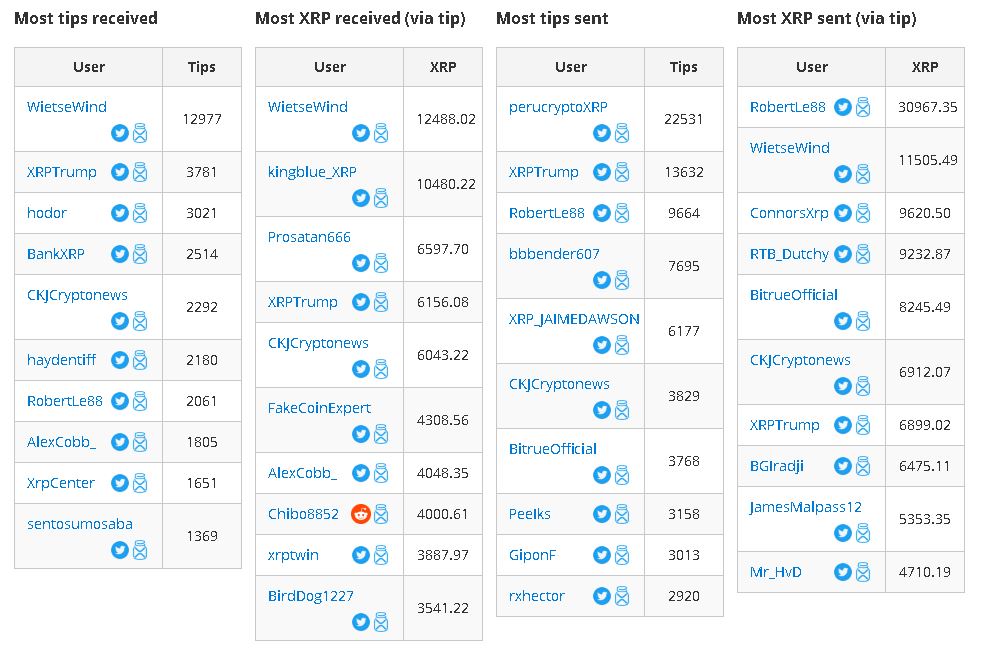 “ I’m honoured, and really proud of the XRP community. Their generosity is amazing. As I don’t charge fees and don’t make any money with the Tip Bot, people send XRP my way to cover the hosting costs. It’s interesting to see other (non XRP) Tip Bot operators in the past shut them down because they didn’t break even: with the XRP community this is completely different.”

Wind appreciated Daniel and his innovation. He said that it added even more transparency to the tipbot and has helped various developers nurture the ecosystem. Apart from Wind, many other prevalent XRP community members too made it on the list like Hodor, Tiffany Hayden, and Alex Cobb. It was surprising to see XRP Trump on the list since he has been on a Twitter hiatus for over five months. Dr. T took the second position with 10480.22 XRP and was also one of the generous tippers as he sent 13632 in tips.

“long term vision is to provide transparency and “show some cool stats” for the xrptipbot users. from time to time (each month) I also use the website to gather some more interesting stats (which are not directly shown on the website) and publish them for the #XRPCommunity on twitter.”

Despite being in the choppy waters for the past few months, the community has surfed through with novelty solutions, for example, XRP community fund that was formed to support small projects within the community. Ripple has been driving XRP’s adoption across mainstream platforms and it has been possible due to the innovative technology created by the developers of XRP and Ripple. Tipbot stats page may not be the primary product by Daniel, but with a simple twist, he helped the community move toward transparency.