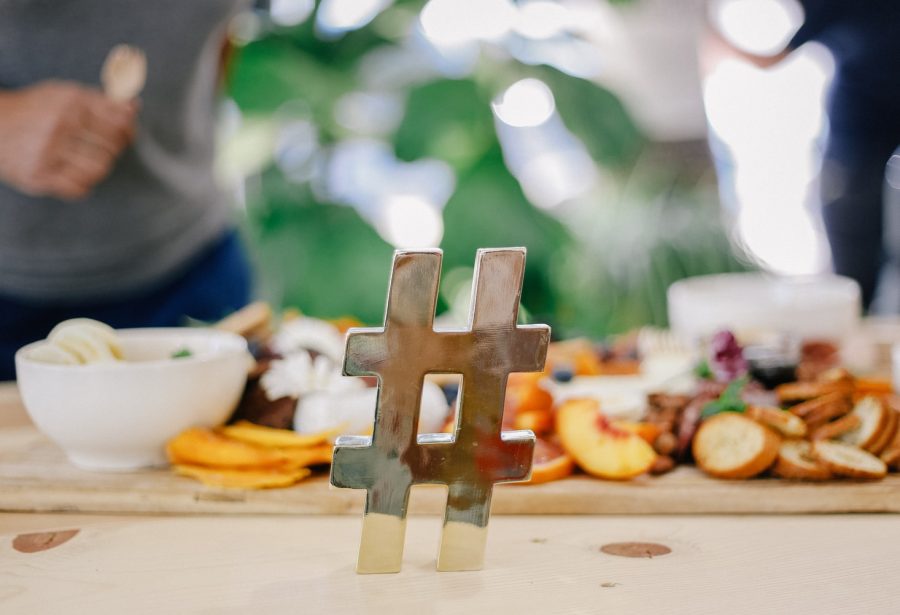 The Hype-to Activity metric measured the hashtags [#] of tweets each crypto has per $1 million in trading volume, after a thorough investigation of 450 cryptos. The main highlight of the report was a high tweet volume to trading volume ratio for XRP, the third-largest cryptocurrency by market cap, while the ratio for other top coins remained relatively consistent. 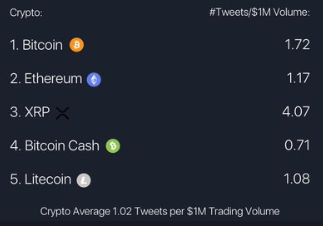 XRP’s hashtag has always been a subject of controversy. Nonetheless, it has continued to win the hashtag war on Twitter. Numerous developments and partnerships on its platform can also be attributed to the enthusiasm in the XRP community which has continued to gain traction over the years. Many accounts are entirely directed towards the Ripple ecosystem for the XRP-hungry audience on Twitter and the platform has undoubtedly become Mecca for the XRP contingent, most of whom are extremely bullish on the cryptocurrency.

While hype is important during the initial developmental phase of a cryptocurrency, it does not necessarily suggest growth in the long-term. After the 2018 crash, many such “hyped projects” have died. Scam bots on social media platforms are one of the many things that the cryptocurrency industry is infamous for. And, even though it seems that most Twitter bots are innocuous, many people on social media have fallen victim to the hype and continue to be exploited by savvy scammers.

Strong on hype, weak in substance

TokenPay recorded the highest ratio of 911.1 tweets per one million in trading volume. Even GitHub activity was low for the “hyped” crypto. TokenPay had a Hype-to-Activity ratio which was 33 million% higher than Tether, a stablecoin which recorded a 24 hour trading volume of $21.99 billion, at press time.

Other over-hyped coins were lesser-known coins such as Electronuem, DragonChain, TelCoin, and DigiByte, all of which recorded low trading volumes and GitHub activity, but staggeringly high tweet volume.

“In other words, TokenPay’s ratio of tweets/trading activity was 330,770X higher than Tether’s was… Just like trading volume manipulation, many of these coins are similarly being manipulated on Twitter by hoards of bot accounts, fake followers, and manipulated engagement.”

Related Topics:NewsrippleXRP Army
Up Next