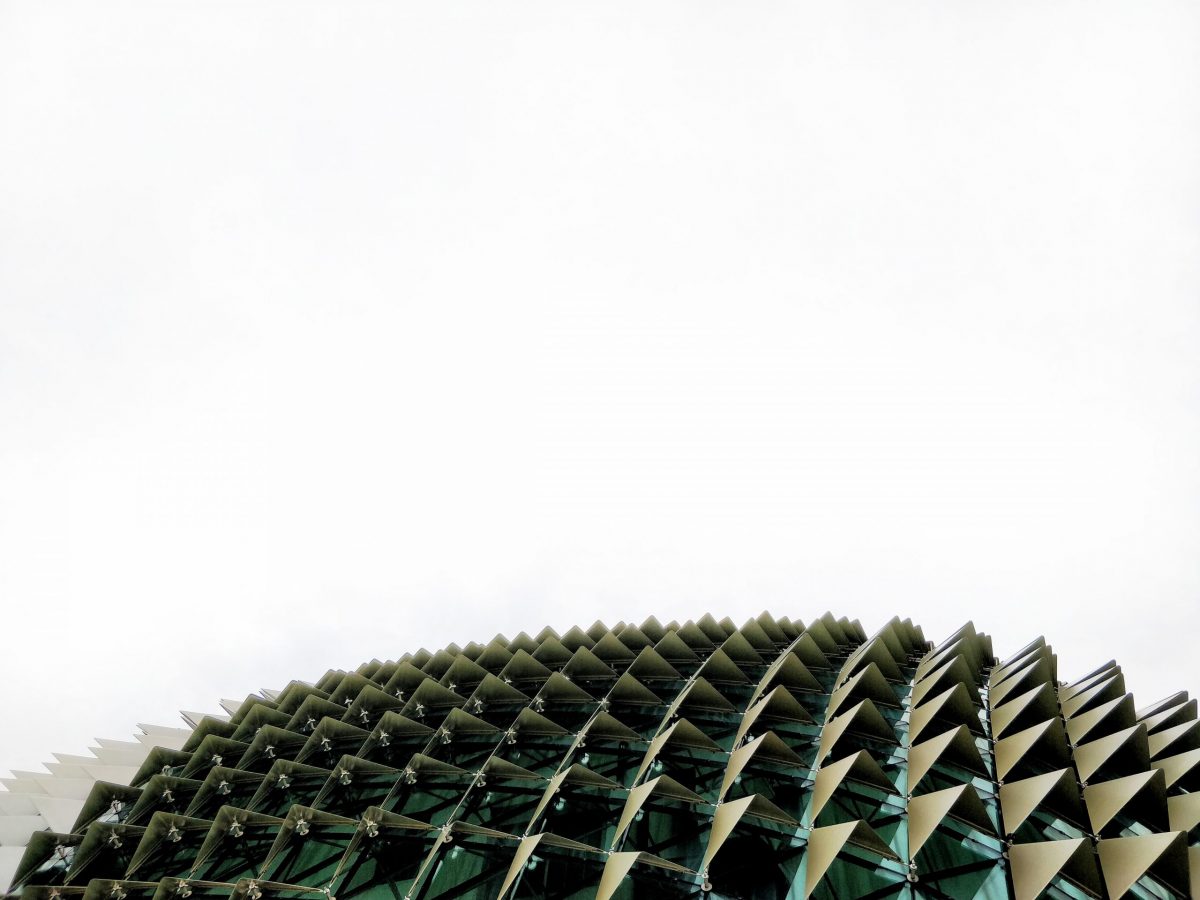 Bitcoin’s narrative has been changing since its inception. From being an experiment, a darknet currency, collectible, safe haven, uncorrelated asset, etc bitcoin has been given different names to suit the time. 2020 is the year where its narratives are changing rapidly and this article details one of the changing narratives.

For the hypothesis, let’s say addresses with less than 5-10 BTC are owned by retail and anything beyond that can be considered as institutions. From the attached chart, we can see that addresses containing BTC are largely dominated by those that contain small balances. 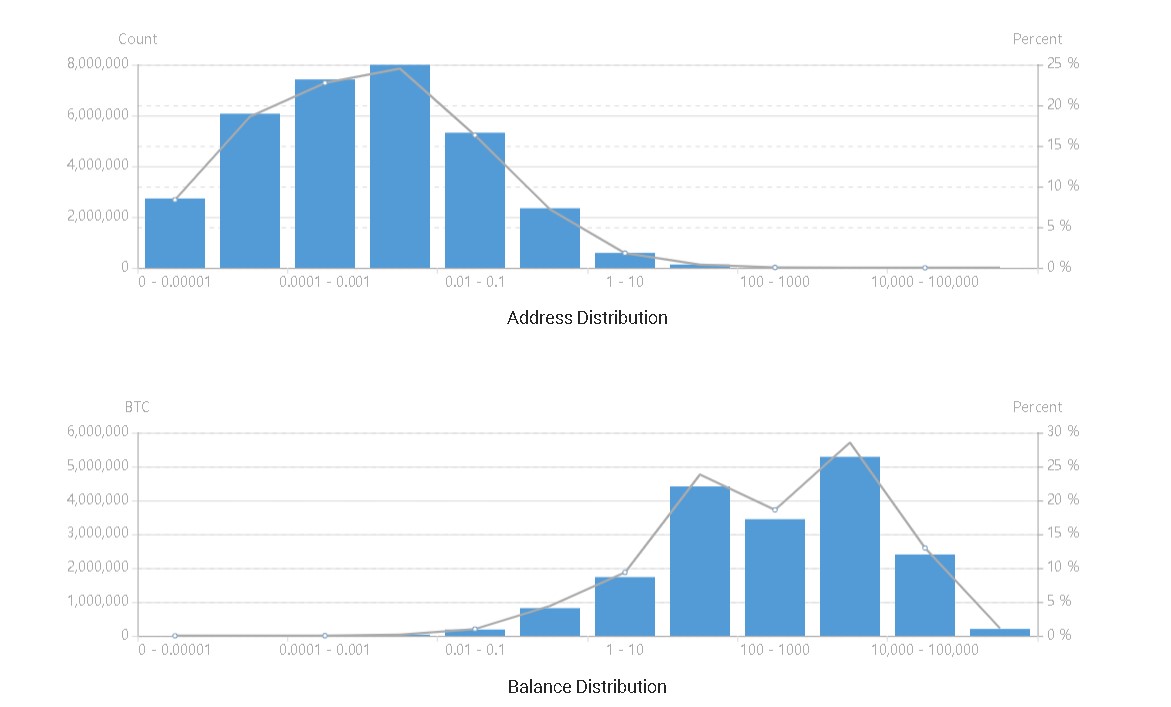 We can conclude from this, general yet crude data segregation, that bitcoin is largely retail-driven [allthough there’s a chance it isn’t].

Apart from the data, we can take a look at the bitcoin ecosystem, and only lately have we seen institutions actively considering bitcoin. 2-3 years ago, every major institution did not care enough about bitcoin to even bat an eye. Hence, we can safely conclude that bitcoin is indeed retail-driven.

Now that this is established, we can take a look at this Glassnode chart, which shows that the addresses that carry BTC worth $1 million has hit a new high since January 2018, which is an interesting development due to two reason, 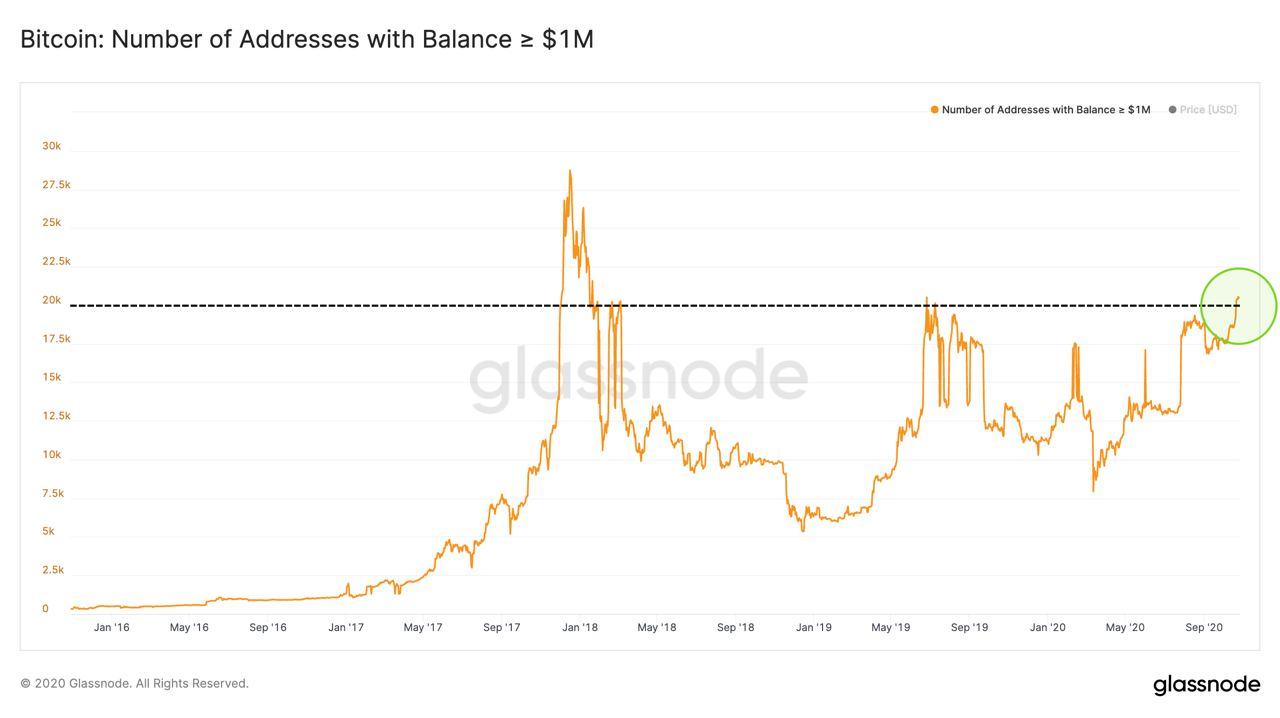 Generally speaking, the address count has also seen a drastic surge and it shows that people are understanding the importance of bitcoin in a world where inflation is unchecked.

This seemingly retail-driven market is slowly turning into an institutional market.

For example, if we look at the companies that hold bitcoin in their treasuries, it amounts to a whopping 3.5% of total bitcoin supply, however, when compared with bitcoin’s free float [ie., available bitcoin in circulation at this moment] it is a humungous 4.5%.

These numbers have implications that could fundamentally change bitcoin, however, over a period of time and not overnight.

One important Implication is that bitcoin is uncorrelated to the entire market because it is mostly made up of retail. However, with institutional money flowing in and the surge in addresses that hold $1 million worth of bitcoin could perhaps change it soon.

Related Topics:Bitcoin's shifting narrative
Up Next