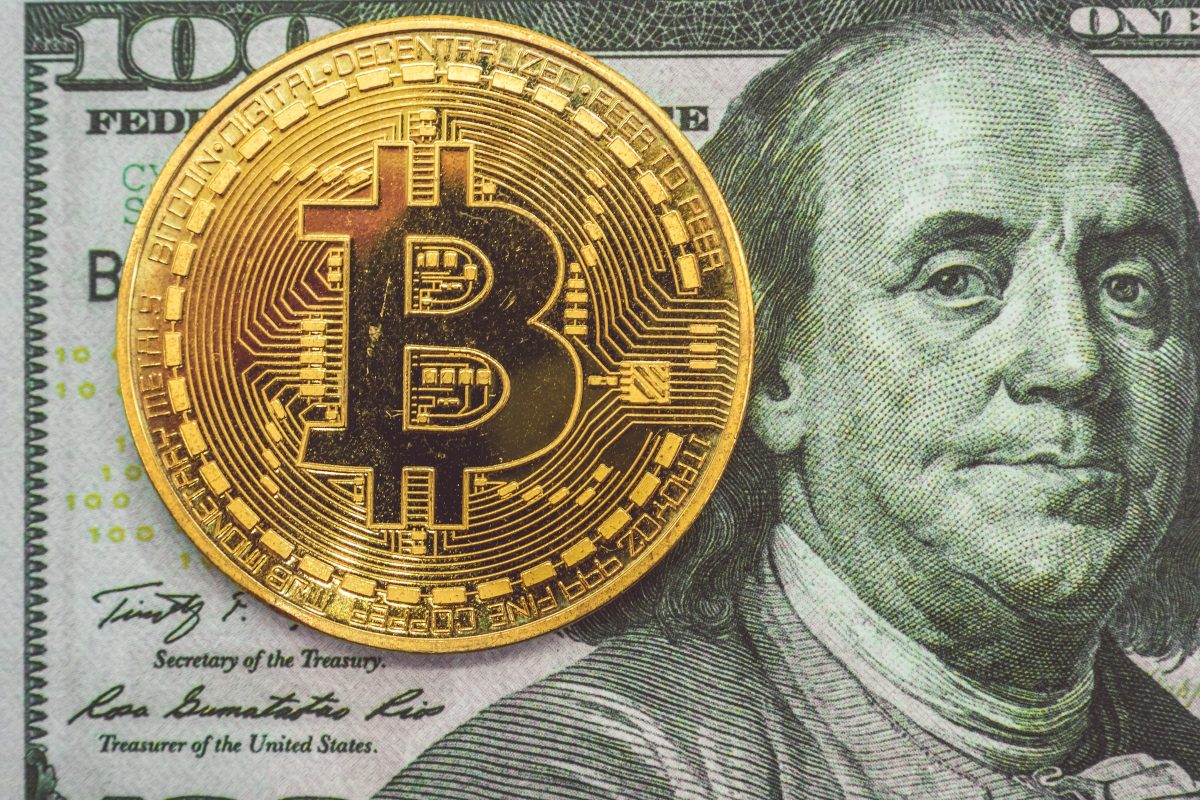 Why Bitcoin will replace US Dollar as the World’s Reserve Asset is as much a story of the United States Dollar, as it is of Bitcoin. It started when United States GDP was a third of the world’s GDP and even larger when it comes to the manufacturing sector, at the close of the second world war. World Economic Report, 1948 had a separate section on Economic Activity in the United States and other sections for the rest. Several factors in this era led to the emergence of the United States Dollar as the World’s reserve currency. While USD was backed by gold reserves, the rest of the world’s currencies were backed by their exchangeability into USD. USD was the glue connecting nation states with each other through trade and exchange, and the most popular medium of exchange remained foreign reserves in USD.

Gold standard or system of backing money supply with gold was dropped in 1971. Though this change was meant to be a temporary one, it lasted longer than the Gold Standard did. Despite that, USD did not lose its status as a reserve. Its runner up was the Euro. Even before the speculation of Bitcoin dethroning USD as reserve currency started, the 2008 Financial crisis laid the foundation for the same. One after the other, several events raised questions on the efficiency of USD as the world’s reserve. With a rapidly increasing money supply, fiscal and trade deficits, and a slowing economy, how can it still manage to be the reserve currency of the world? To pave way for Bitcoin to be a global reserve currency, it had to inevitably dethrone the Dollar. 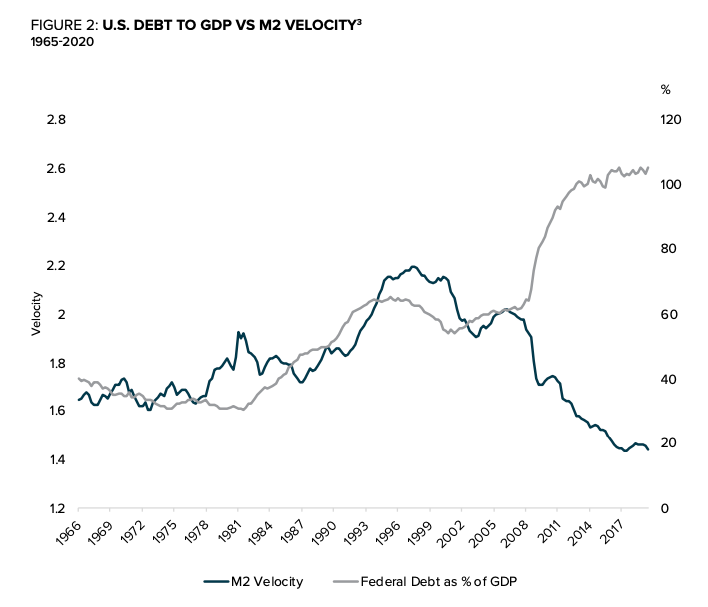 Based on the trend of increasing Federal Debt vs dropping M2 velocity, USD is ideally not ready to compete with Gold or Bitcoin, in the first place. Near-zero interest rates and inflation have plagued the reserve currency of the world. An interesting question here is: could this be the reason why Central Governments across the world are considering the alternative of Centralized Digital Currencies, to compete with the alternative economy created by cryptocurrencies like Bitcoin?

The path to being a reserve currency is to be the currency used in global trade. To say the least, global trade has changed 360 degrees, since the second world war. Trade, in its essence, has changed; ships and ports are no longer the only means of trade and there are more cross-border exchanges through online payment transfers than ever before. One very interesting and key insight here is that Local Payment Methods are dominating Payment networks in Global Markets. 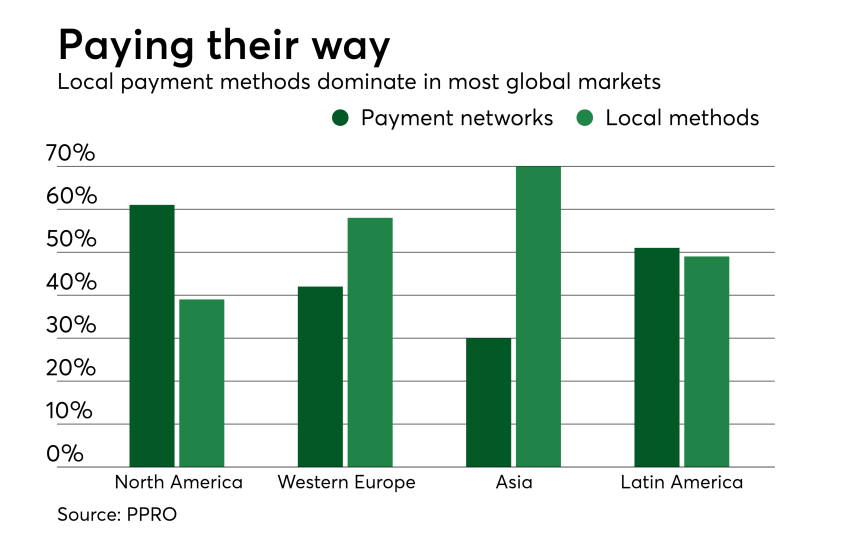 In this case, if Bitcoin was used even as a local payment method, it wouldn’t be long before it moves on to be accepted as a reserve currency. Its adoption has gained momentum with rapid institutionalization and that does not end with a few key players like Grayscale, MicroStrategy, Square, there are many more entering the space through Grayscale. As the supply of Bitcoin is getting exhausted, key players are entering the scene to amass the highest % of the limited supply. When 21 Million Bitcoins are exhausted, will the money supply stop increasing? Ideally, it won’t. Clearly, to continue beating rising inflation, it will increase and if interest rates remain at current levels, central bank digital currencies may be the only viable option left. That is when Bitcoin may emerge as a “store of value” a “reserve asset” that cannot be replaced. Just as @DanHeld puts it in his tweet, 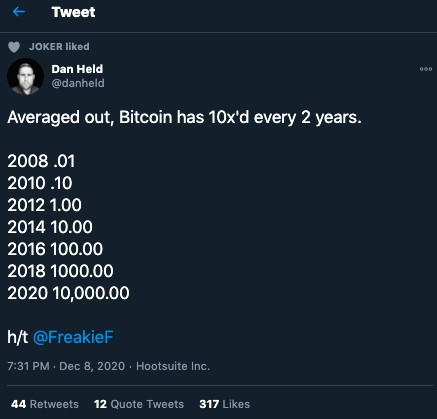 Bitcoin may outlast the American Empire or the USD itself, as the current phase is only the start of a long cycle of adoption, the price rally that has started is only beginning to unfold. By the time the supply hits 21 Million, market capitalization may be high enough to flip traditional asset classes and entire nation economies, just as Bitcoin currently ranks 7th.