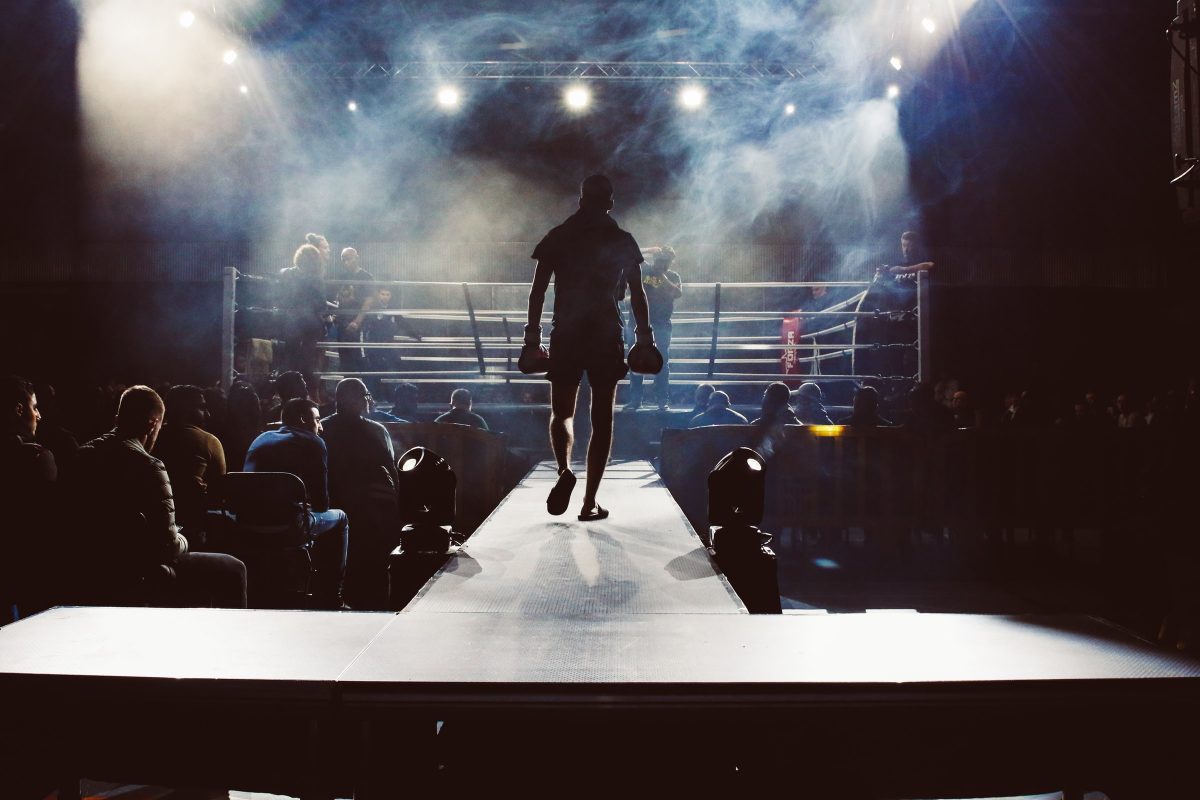 As institutions line up to buy Bitcoin, its origin story comes into focus. Most argue that Bitcoin was created in response to the Lehman Brothers bankruptcy and the Global Financial Crisis that followed. However, it is the result of decades of work on peer to peer payments. Since prices are driven by inflow and volatility on spot and derivatives markets, many investors and traders are in this only for turning a profit. However, Bitcoin maximalists and a few on-chain analysts believe that is it may emerge as a successful alternative currency.

It’s interesting how the narrative of altcoins is centered on being alternatives to Bitcoin when it in itself is being considered an alternative currency. Whether Bitcoin tackles the economic crisis or not, it is important for retail traders to find out before adding more of this asset to their portfolio. Smart money may pull out faster than it poured in, but retail traders need to test the waters.

The current growth of assets in the economy is far from Fed’s growth. Except for NASDAQ that comes closest, for the whole period, other assets cannot keep up with the Federal Reserve. 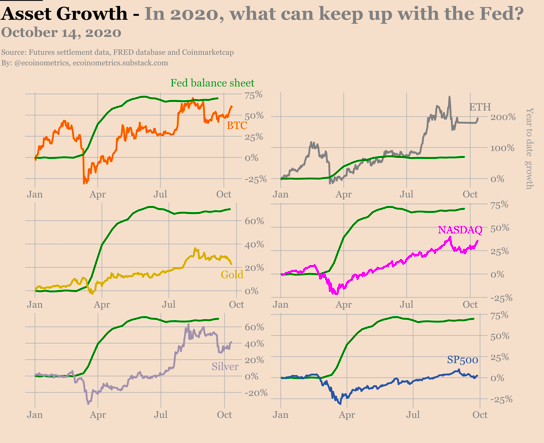 Based on YTD asset growth, the Fed balance sheet beats it all. Bitcoin’s performance is closest, closely followed by NASDAQ. Currently, Bitcoin’s inflation is at 1.8% and the Fed’s ideal target is 2%. The Fed has seen it as the optimal level of inflation to maintain a healthy economy for years. While the Federal Reserve achieves this by manipulating monetary policy, Bitcoin’s inflation rate mimics gold’s stable inflation rate, making it more reliable.

While it may seem counterintuitive at first, Bitcoin is a deflationary currency. Comparing it to fiat currency makes it the ideal hedge against inflation. According to Reinhart and Rogoff’s This Time is Different, governments have been inflating currency over the past 800 years. Originally, governments would inflate the currency by debasing gold coins. Then they advanced to printing presses and started inflating the monetary base by creating money digitally and tracking it through databases. In this light, Bitcoin is not entirely different from fiat currency, except for the fact that the price is controlled by demand and supply rather than monetary policies.

Bitcoin’s correlation with Gold and S&P 500 is higher than at the start of the year. Correlation over a 1 year period is still negative or closer to zero, however in the past 10 months, it has steadily climbed. Bitcoin’s ROI is the highest. 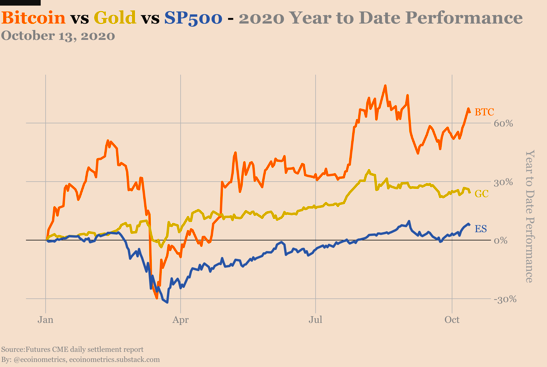 Since 2015, Bitcoin has outperformed the top 5 indices by 70x, though the growth in ROI this year is not as explosive, high ROI is not the only factor for beating the next financial crisis. Bitcoin’s exchange-traded volume is currently lower than the peak of $550 Million hit in July 2020. 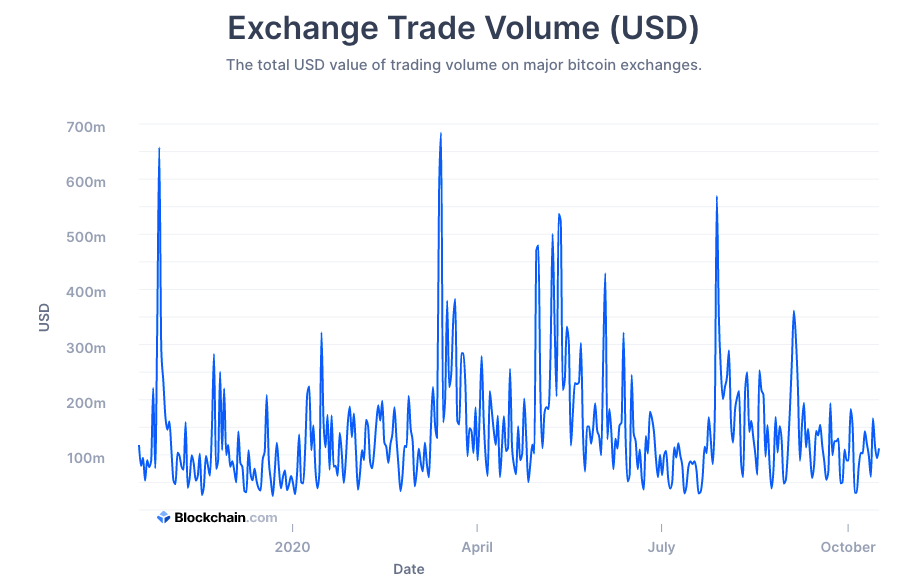 However, the current drop in volume is instrumental in creating scarcity and driving demand higher. Along with the dropping trade volume, inflow to exchanges dropped below the 180-day average, and it started climbing only in the past week. As institutions drive open interest on derivatives exchanges, Bitcoin’s fundamentals are stronger now. It may be enough to tackle the next financial crisis. Though Bitcoin’s price may increase, the same is not true for altcoins and a financial crisis may see the value of those with low market capitalization dropping below their lowest price.