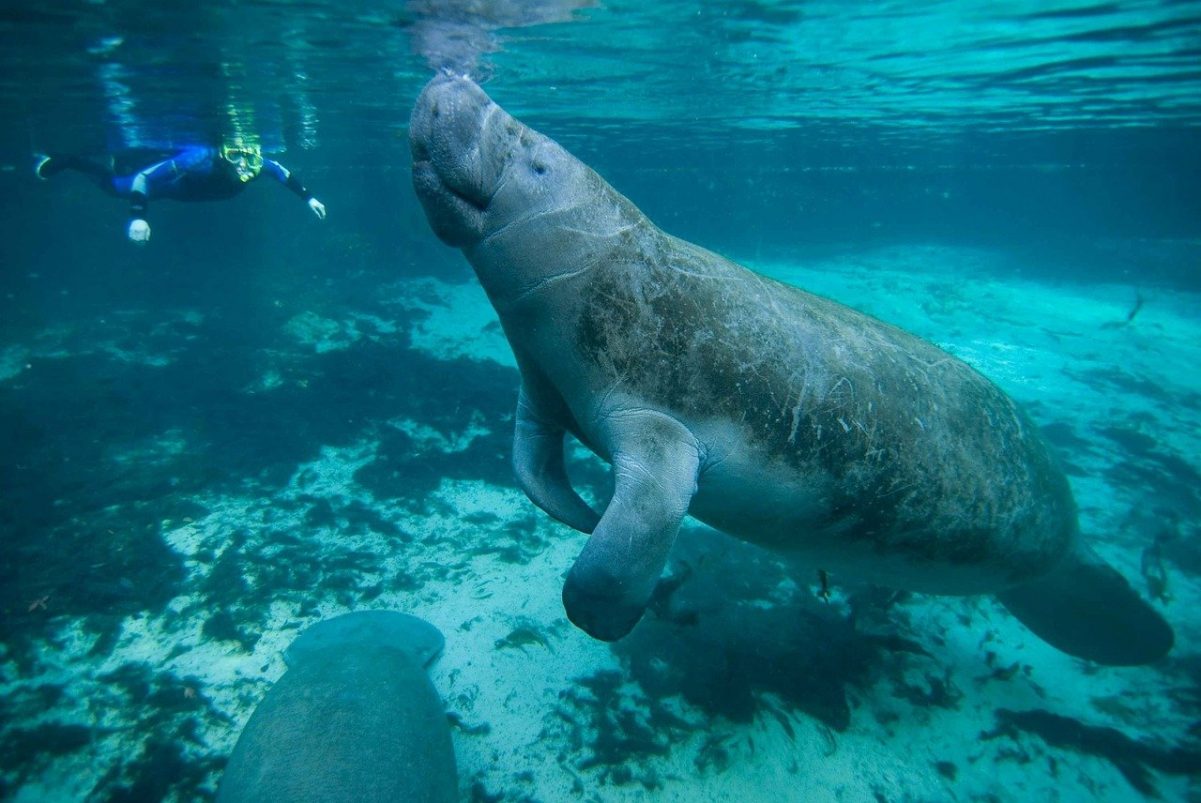 Tron formed a bearish divergence on the charts, one that could see the price lose a level of support. Polkadot was in a consolidation phase in the near-term, with no breakout initiated at the time of writing. Decred, on the contrary, continued to face steady selling pressure and was set to continue on the same path. 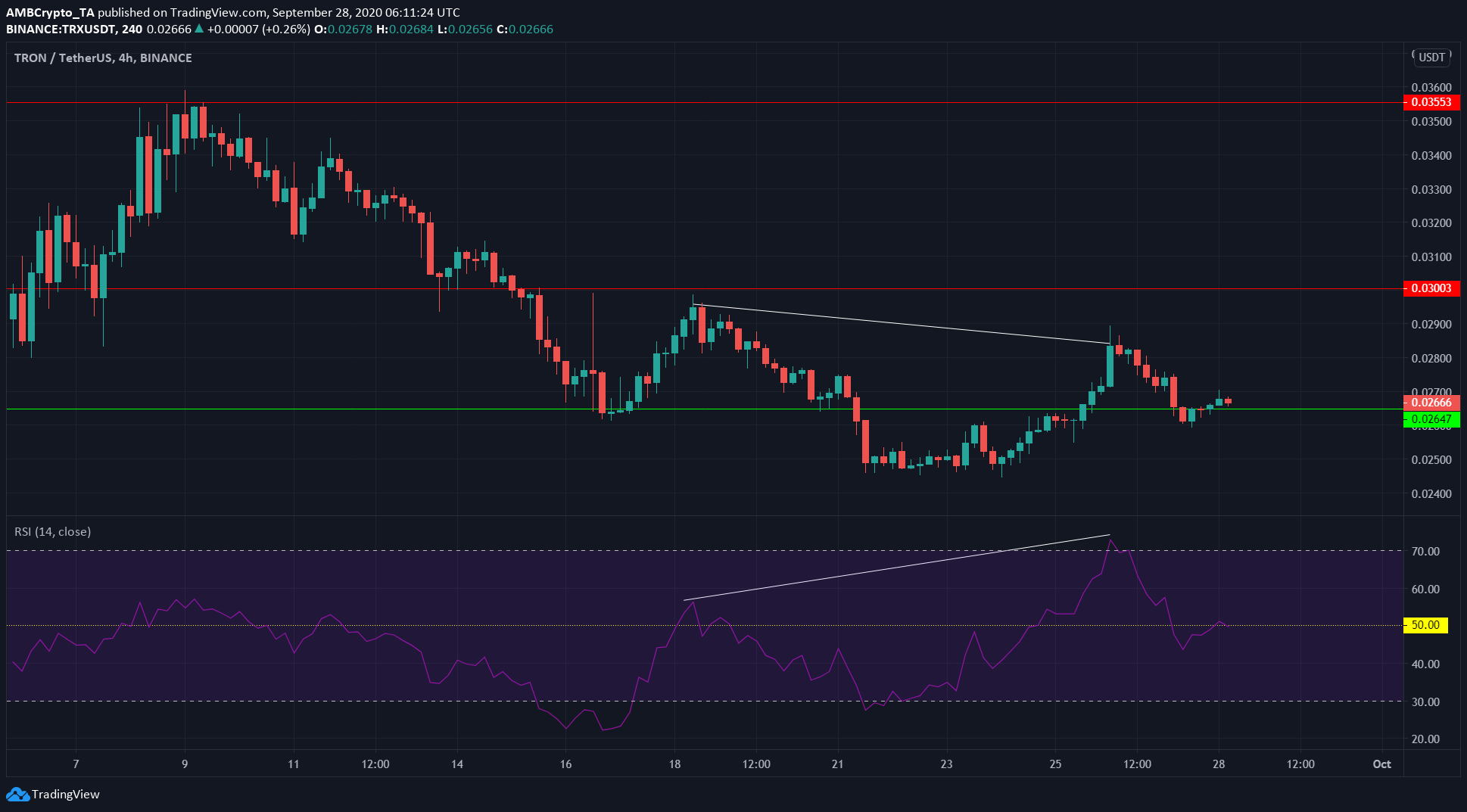 Tron rose from $0.025 to $0.028, but soon faced a resistance level that forced it back to the support at $0.026. Tron was also noting selling pressure that stopped the crypto from climbing past its zone of support at $0.025-$0.026. This signified the strength of bears.

TRX also formed a bearish divergence, highlighted in white. The price made lower highs while the momentum oscillator (RSI) made higher highs.

TRX was trading at $0.02669, at press time, and was likely to lose support over the next few trading sessions.

In other news, TRON and BitGo announced a strategic alliance to bring Wrapped BTC and Wrapped Ether to the Tron ecosystem as TRC-20 tokens. 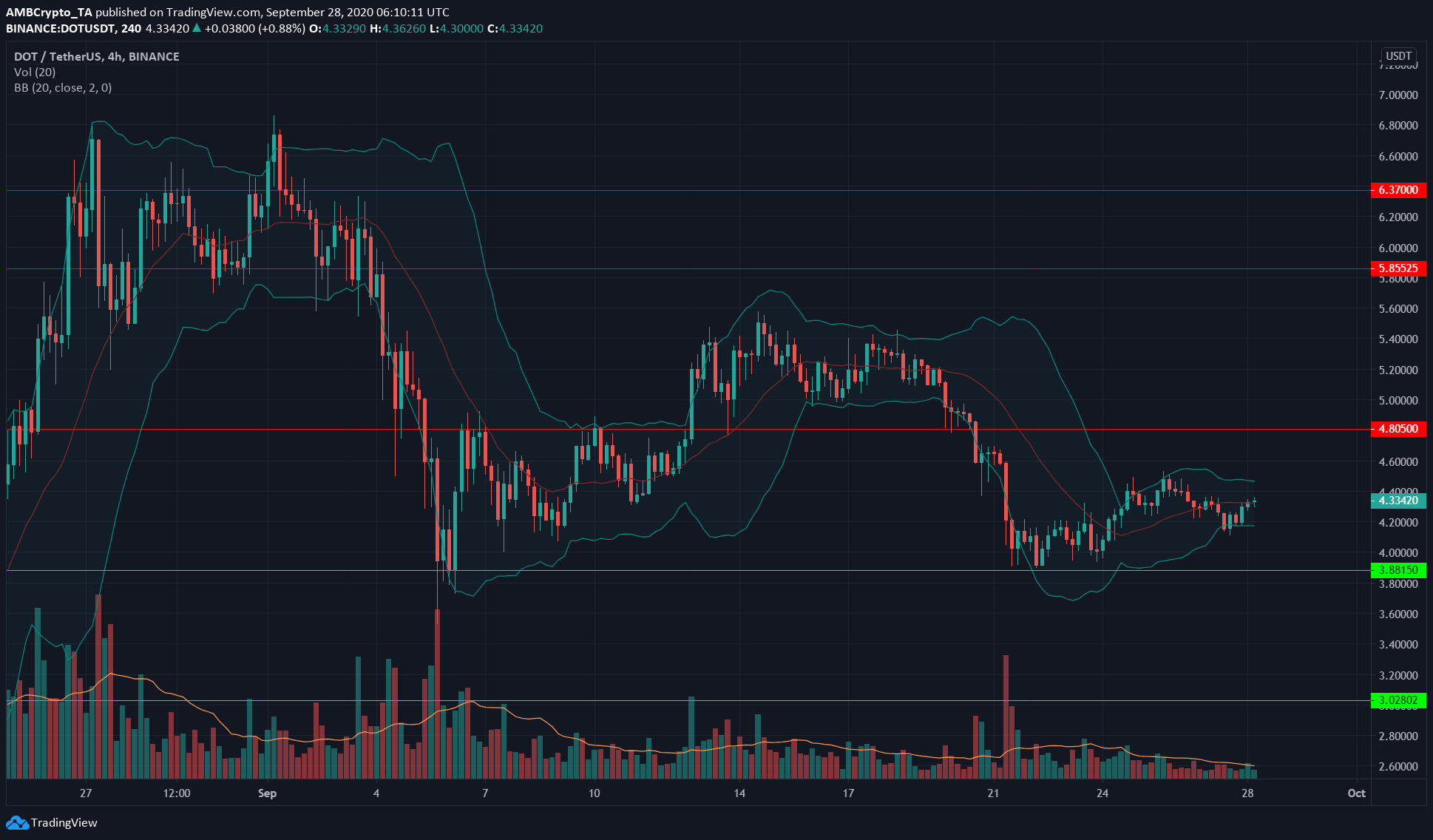 DOT was in a period of consolidation, at press time. Further, the Bollinger bands were relatively close to the price, with the same remaining so for a couple of days. This pointed to falling volatility in the market.

Also, the trading volume has also been steadily decreasing, showing that traders are increasingly opting to sit on the sidelines and wait for the market to decide upon a direction. 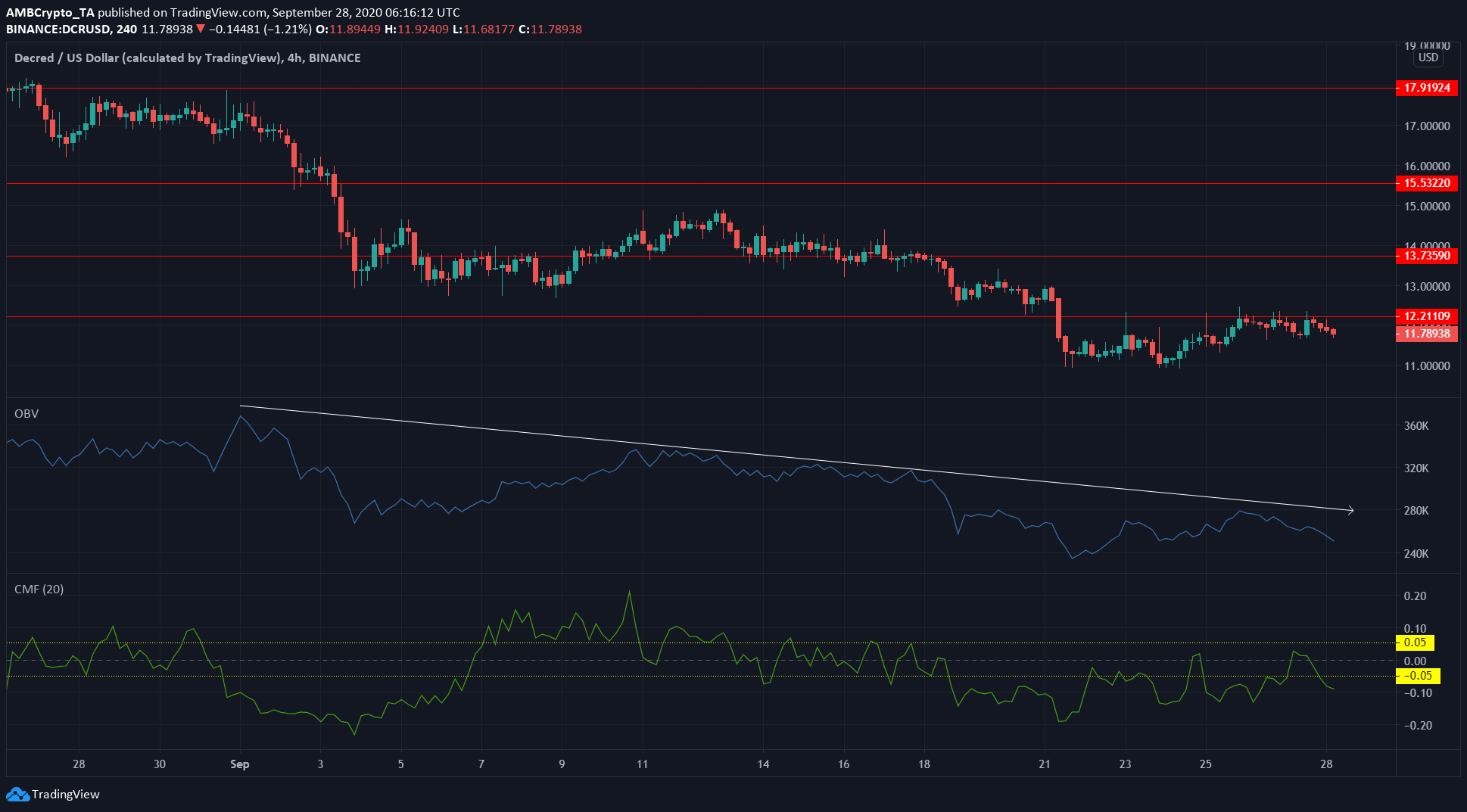 The OBV showed that the sellers have prevailed since the beginning of September. Highlighted in white, the steady sell pressure had caused DCR to lose multiple levels of support on its chart.

Similarly, the Chaikin Money Flow also underlined steady capital outflows from the market over the past couple of weeks. This reinforced the idea that DCR was a seller-dominated market.

Support for the crypto-asset lay around the $11 and $10 regions.

Trade Crypto, Gold, and FX in One Simple Platform