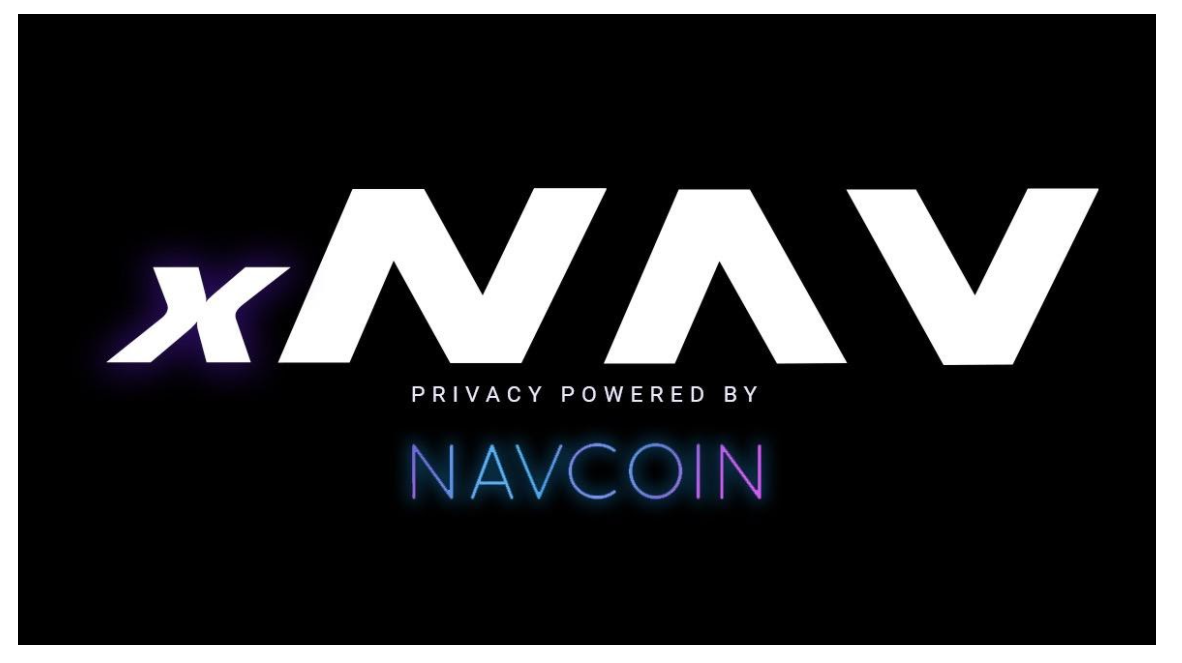 We feel very proud to be able to announce the imminent launch of NavCoin’s brand new privacy method blsCT, which is a ground-breaking and interactive mixing protocol that enhances the anonymity of a transaction through the combination of the Boneh-Lynn-Shacham (BLS) signature scheme with Confidential Transactions. The former enables us to hide both the amount of the transaction as well as the identity of the sender or receiver when used in a cryptocurrency based on the UTXO model. The result of this new protocol is a trustless, scalable and untraceable cryptosystem.

Cryptocurrencies like Bitcoin build transactions by combining references to previous transactions (known as inputs) and new conditions to spending the value once the transaction is confirmed (known as outputs). Each input requires a signature, something which is done with the referenced previous output’s public key, thus increasing the storage requirements depending on the amount of inputs.

When there are several transactions with a single signature on each one of them, the BLS signature scheme enables all the signatures to be unified in a single one for all transactions. The former results in reducing the amount of space needed to store said transactions as well as improving the scalability of our system compared to Bitcoin or other cryptocurrencies. The signature aggregation can also be carried out by external observers, making the scheme suitable for a trustless mixing protocol.

The aforementioned scheme is very flexible and enables you to design different ways to build transactions apart from offering better privacy features. We designed blsCT as a modern iteration of OWAS (One Way Aggregatable Signatures), proposed in 2013 by an anonymous user in the bitcointalk.org forum. It describes how users can create individual signatures for each input and output uniquely, which benefits from the impossibility of extracting the single signatures from an aggregated signature. However, when combined using BLS, any link between inputs and outputs disappears, making it impossible for an observer to know who pays who.

The addition of Confidential Transactions to the equation helps to achieve confidentiality by removing transparent amounts. Compared to other mixing approaches, like CoinJoin, we present a system in which it is not possible to match partial values in order to reconstruct transaction graphs. In other words, our scheme allows transaction amounts of any kind without compromising one’s privacy. 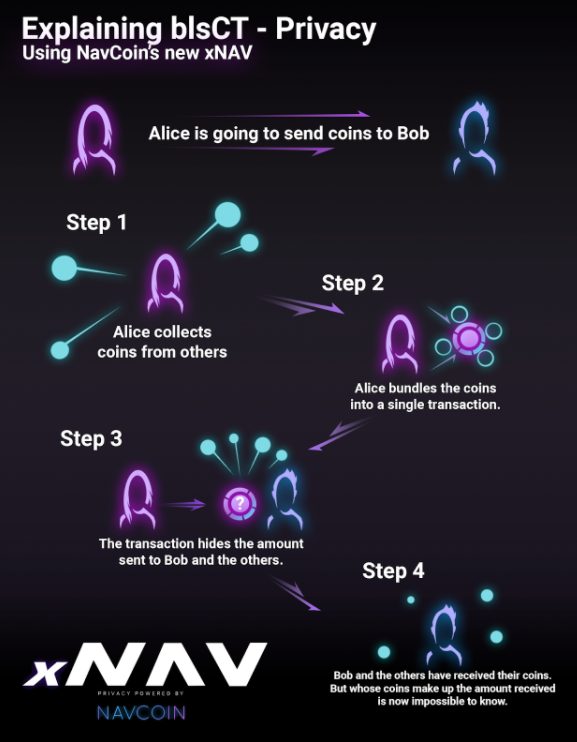 As previously mentioned, blsCT improves scalability compared to Bitcoin-based schemes due to the reduction of the amount of signatures. When comparing it to other anonymous cryptosystems like Monero, Zcash, Lelantus, or Mimblewimble, we are able to notice additional scalability improvements. Due to the fact that blsCT is compatible with the UTXO model, pruning is allowed, and there is no need for nodes to keep track of every previous transaction when performing a validation.

Another benefit of blsCT compared to the aforementioned methods is being able to have scripting support. While other methods struggle to accommodate smart contracting functionalities, blsCT is fully compatible with the Bitcoin scripting language. Thanks to this, developers will be able to integrate easily DeFi applications or second layer solutions such as atomic swaps or the lightning network, while profiting from improved privacy. One such example is the fact that it will be possible to use xNAV as a gateway to offer privacy in other chains like Bitcoin. Therefore, BTC holders would be able to swap their coins back and forth in a trustless and non-custodial way so as to transact privately.

In this first iteration of the protocol, we aim to ensure the stability and security of the network, which is why we intend to introduce privacy features in various phases. The introduction of a new token, xNAV, will signal the first step.

Users will be able to swap between NAV and the new xNAV as they wish within the NavCoin Core wallet at a 1:1 rate. While the legacy NAV properties are not modified, the new xNAV will be for those users wishing for better privacy features. Balances of an xNAV address will remain unknown to observers; thus, there will be no rich list in the block explorer any longer. Nobody will know whether two transactions using xNAV are being sent to the same recipient or not.

What is more, the wallet will make it impossible to know the origin of the coins thanks to an innovative mixing protocol based on Dandelion and Tor.

The privacy level of this particular mixing protocol will heavily depend on the anonymity set size, in other words, the more coins converted from NAV to xNAV, the better privacy our scheme offers. For this reason, wallets holding xNAV will receive mixing fees as a reward whenever their coins are used and mixed in private transactions.

In this first phase, both tokens (NAV and xNAV) will coexist. NAV will still be the token used exclusively for staking and participating in the governance.

However, our plans do not end here. We are really looking forward to being able to introduce anonymous staking and voting in the future by using xNAV as well as being able to use the new privacy features above mentioned in every single transaction on the network. Bear with us for this is only the beginning!