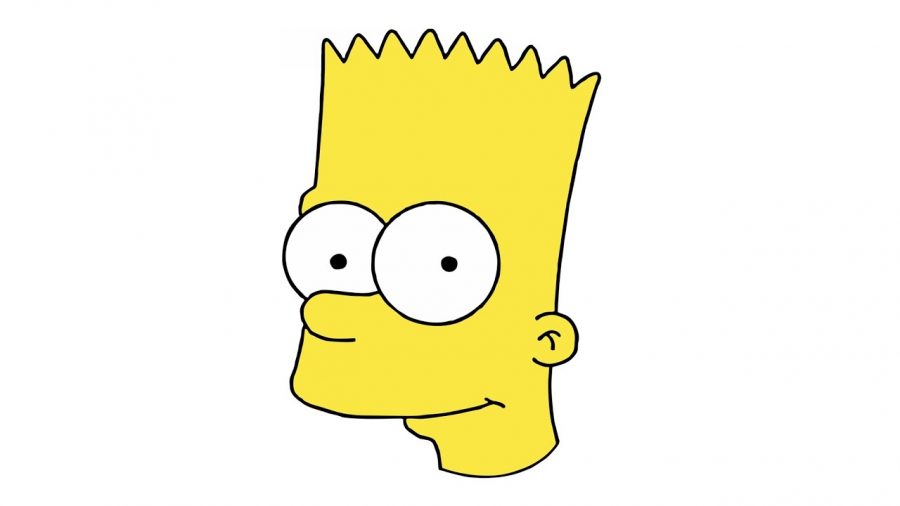 The first known connection between Bitcoin and Bart was made on 1 September, 2015 by an account “Whaleclub,” after BTC was priced at $230.

Since then, a lot of people have used the term. However, consistent use of the “Bart pattern” was seen after a popular trader, “The Crypto Dog,” used it on 27 March, 2018.

What is a Bart pattern?

Bart aka Bart Simpson is a character from the popular American sitcom “The Simpsons.” The reason why Bitcoin and The Simpsons found themselves in the same conversation was due to the price of BTC tracing a pattern similar to Bart’s head.

Barts are usually formed when BTC surges suddenly, consolidates sideways, and then proceeds to surge in the direction opposite to the initial surge. The pattern is more consistent in lower timeframes like the 1-hour, 4-hour, and even Daily charts.

Attached below is a 1-hour chart that displays the Bart pattern over 20 days between 20 August 2019 and 9 September 2019. Here, the frequency of the pattern is overwhelmingly evident. This pattern can also be seen in the 5-min, 10-min, and the 15-min time frames. 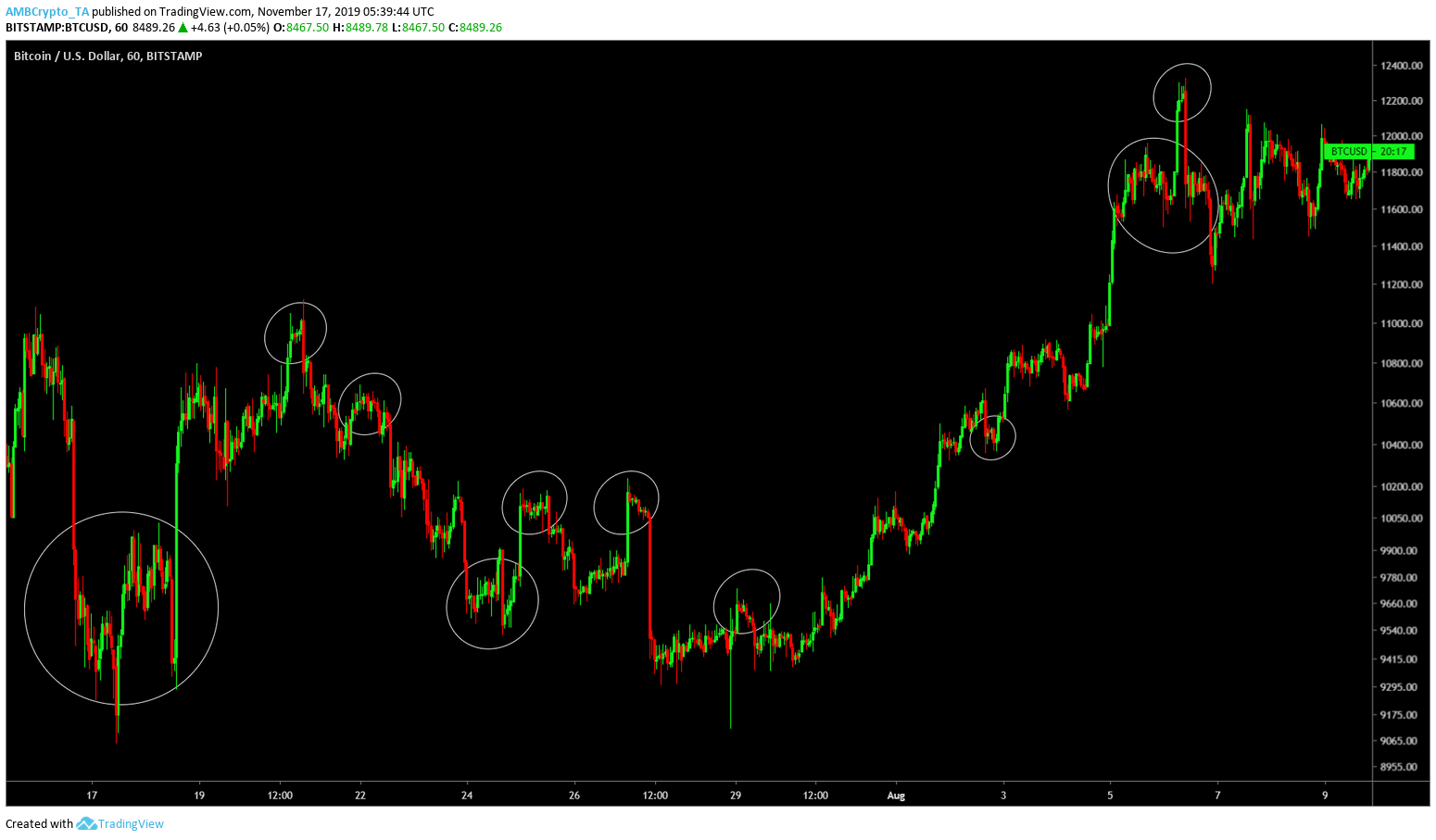 What is its cause?

By the end of its euphoric run in 2017, Bitcoin started collapsing and rumors were attributing this drop to manipulation. Naturally, Tether and Bitfinex were at the center of this. Moreover, the frequency and variations of BART patterns increased, adding fuel to the fire.

The main reason for the formation, which is still unclear, can be explained by two theories: The Wyckoff price cycle, and manipulation/spoofing.

According to the Wyckoff price cycle, the price changes in four phases; the accumulation, markup, distribution, and markdown.

The second theory is manipulation. Tether and Bitfinex are in the thick of it, according to a critic, who chose to remain anonymous. Speaking to AMBCrypto, the person stated that the price of BTC was controlled like “an etch-a-sketch” by these entities using “bounce bots.”

“There’s been a few times where and old-bitcoin whale makes a large trade, he’ll make a 10x short, or long, on Bitmex. Bitfinex/Bitfinex traders will find out his liquidation price, and immediately move the prices just enough to liquidate him, and then immediately wash trade the prices back to where they were previously. They will also use things like bounce bots to lessen the effects of sellers dumping.
It’s also not just Bitfinex, but Bitmex as well.”

The anonymous person went on to say that exchanges can make money via liquidations and by setting up trades just before triggering liquidations. Whether it is rumor or speculation, the undeniable fact here is that there is a pattern that keeps recurring. As a trader, the right thing to do here is to exploit it.

Since the Bart pattern remains the same, it can be turned into an advantage if one learns how to use it. Jacob Canfield, a Twitter user and a trader, explained the same in one of his tweets.

“If there was one pattern I would recommend learning to trade Bitcoin, it would be this one 👉μ Otherwise known as the μtorrent or Bart Pattern. It can also appear as an inverse μ as well. The signature trait is the ‘tail’ to initiate the pattern.”

Bart is contained within the walls of the cryptocurrency ecosystem and is rarely observed on high liquidity forex markets. However, Richard Wyckoff pointed out similar patterns during the early 1900s. Some attribute this pattern to institutional manipulation, while some to whales. In fact, some think that this is a natural phenomenon seen only in cryptocurrencies due to their inherently volatile nature.

While most of the Bitcoin community decided to ignore these facts, others converted this pattern into a meme.

“Ok Boomer” is the new viral meme that is all over the news and mainstream media.

Memes are an important part of the millennial culture and the same are slowly finding their way with older generations.

Boomers aka Baby boomers are the generation born between 1946 and 1964. Thus far, the housing crisis, faulty CDPs leading to the’08 recession, inflation of the US Dollar, and even the US Debt, which hit $22 trillion, is all the fault of boomers. Or at least that’s what millennials think. Luckily for millennials, they have Bitcoin and cryptocurrencies to rely on.

From calling Bitcoin the orange coin to trolling President Trump’s tweets, memes are an inevitable part of cryptocurrencies, mainly due to the involvement of millennials. Bart is one such pattern birthed by Bitcoin, and the meme has caught on like wildfire.

Coming back to the point, whether it is the pattern or meme, either can be used to one’s advantage. Adding that to the inherently volatile nature of cryptocurrencies, this is an opportunity to get some good profits.