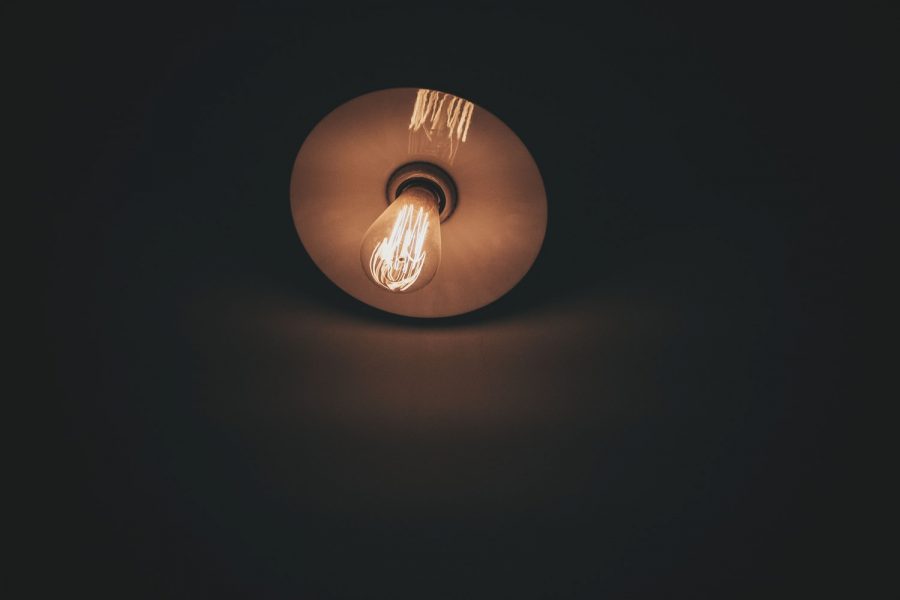 As expected, Litecoin made headlines after the silver coin rallied to break its resistance, following its scheduled halving. However, the rally was short-lived, with Litecoin staying above the $90 support level.

Many dramatic assumptions regarding its valuation were made, with claims of miners shutting their shops doing the rounds. Unfazed by the FUD however, Litecoin miners have not shut down their shops, despite the block reward halving. Charlie Lee tweeted Blockchair’s chart to explain that the Litecoin network was indeed healthy.

“..we are mining at a rate of a block every 1.4 minutes on average, which is much faster than the expected 2.5 minutes”

The transition did not negate the market sentiment for the coin either. Additionally, according to The Tie, Twitter conversations for Litecoin were fairly positive. The metric provided a measure of how positive or negative conversations on Twitter are over the last few days, against a rolling 7-day period. A score of over 50 suggested that the conversations were positive.

In another development for the cryptocurrency, Creator Charlie Lee retweeted an article titled “Defeating the FUD: Electric Capital report on Litecoin Developer Activity,” published by a Community Manager at the Litecoin Foundation, Ilir Gashi. Gashi claimed to have debunked a previous report by Electric Capital. The report by the crypto-asset management firm stated that Litecoin fell from 40 monthly developers to 3 developers in 2018.

Despite the fact that the Electric Capital analysis had GitHub repositories and commits, it did not consider fork activities and commits from open source libraries. Gashi went on to say that discarding those aspects in the report “painted a rather disjointed picture of reality.”

Forks are basically copies of another user’s repositories that are stored on other users’ account and allows anyone on GitHub to make changes or upgrades without affecting the original project. Gashi alleged that a network upgrade released by Bitcoin Core was considered for developer activity and added,

“..even though Bitcoin Core might release an upgrade to its network which is counted towards developer activity, it will not include this same fork activity from other cryptocurrencies that utilizes the same upgrade”

Bitcoin’s code is open-sourced, which implies that it can be used by anyone in the ecosystem. 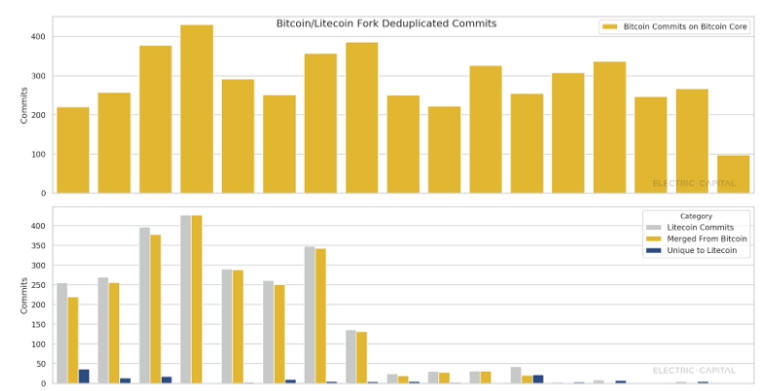 According to the developers of the silver crypto, Litecoin is a “clone” of Bitcoin. Charlie Lee envisioned Litecoin to complement Bitcoin and to be a “lighter version” of the largest cryptocurrency for cheaper transactions and other daily purposes. The Litecoin Foundation community manager noted that Litecoin merges most of its source code from Bitcoin.

In order to enhance the network, commits or revisions are made by developers to the merged code from Bitcoin. For the purpose of developer activity analysis on the network, considering only those commits which are “unique” to Litecoin and not the commits from Integrating Open Source Libraries, cannot provide a complete picture. Gashi’s report read,

“..it aims to stay as close to the core development of Bitcoin as possible. Therefore, it makes sense that any upgrades to Bitcoin will also be merged onto Litecoin and this should be counted.”

Litecoin Project, in totality, has 37 repositories. However, Gashi alleged that Electric Capital focused on only one.

Notably, Gashi also pointed out that the definition of a “developer” is highly speculative. Calling it a highly biased report, he went on to say that Electric Capital, which happens to be an investor in Ethereum, purposefully omitted projects built on it.

Ripple may be gambling to be part of Federal Reserve’s FedNow service which is set to give U.S payment system a face-lift