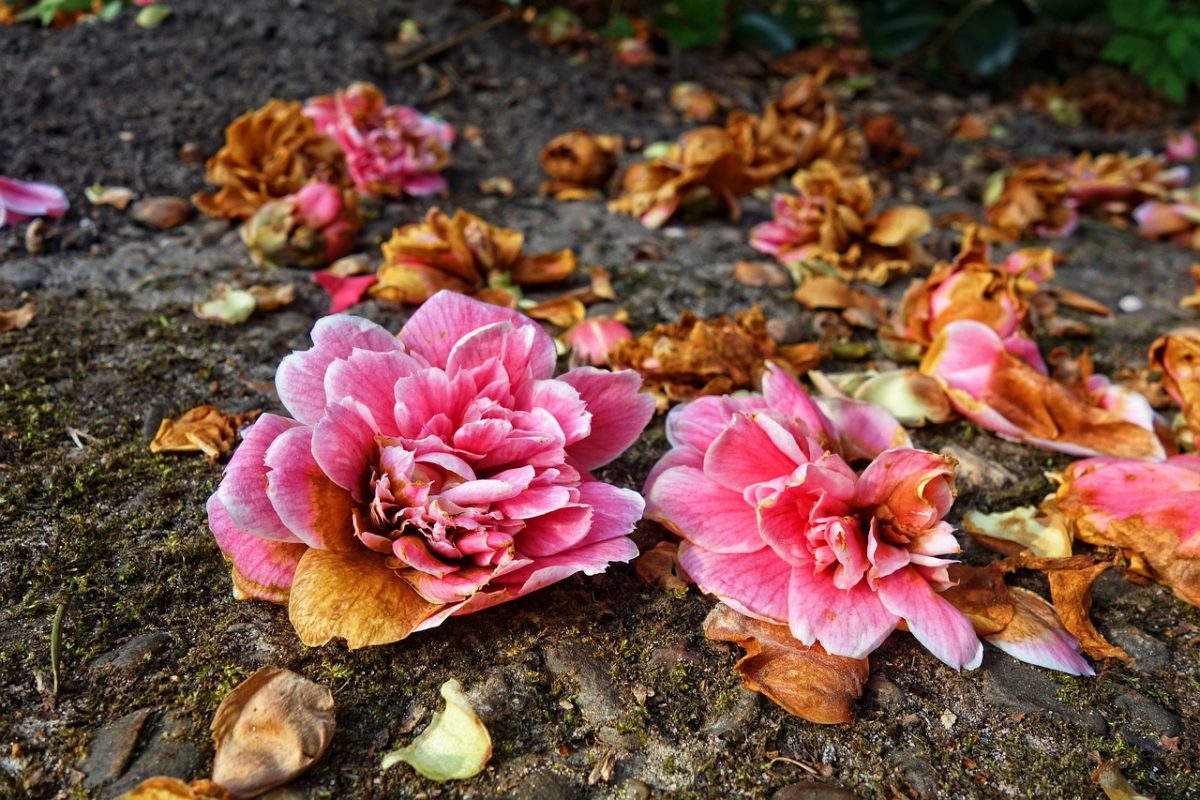 The altcoin market has been following the Pied Piper, Bitcoin, and has been noting similar wave-like movement, but one altcoin was reporting profit despite the constant bear attacks. 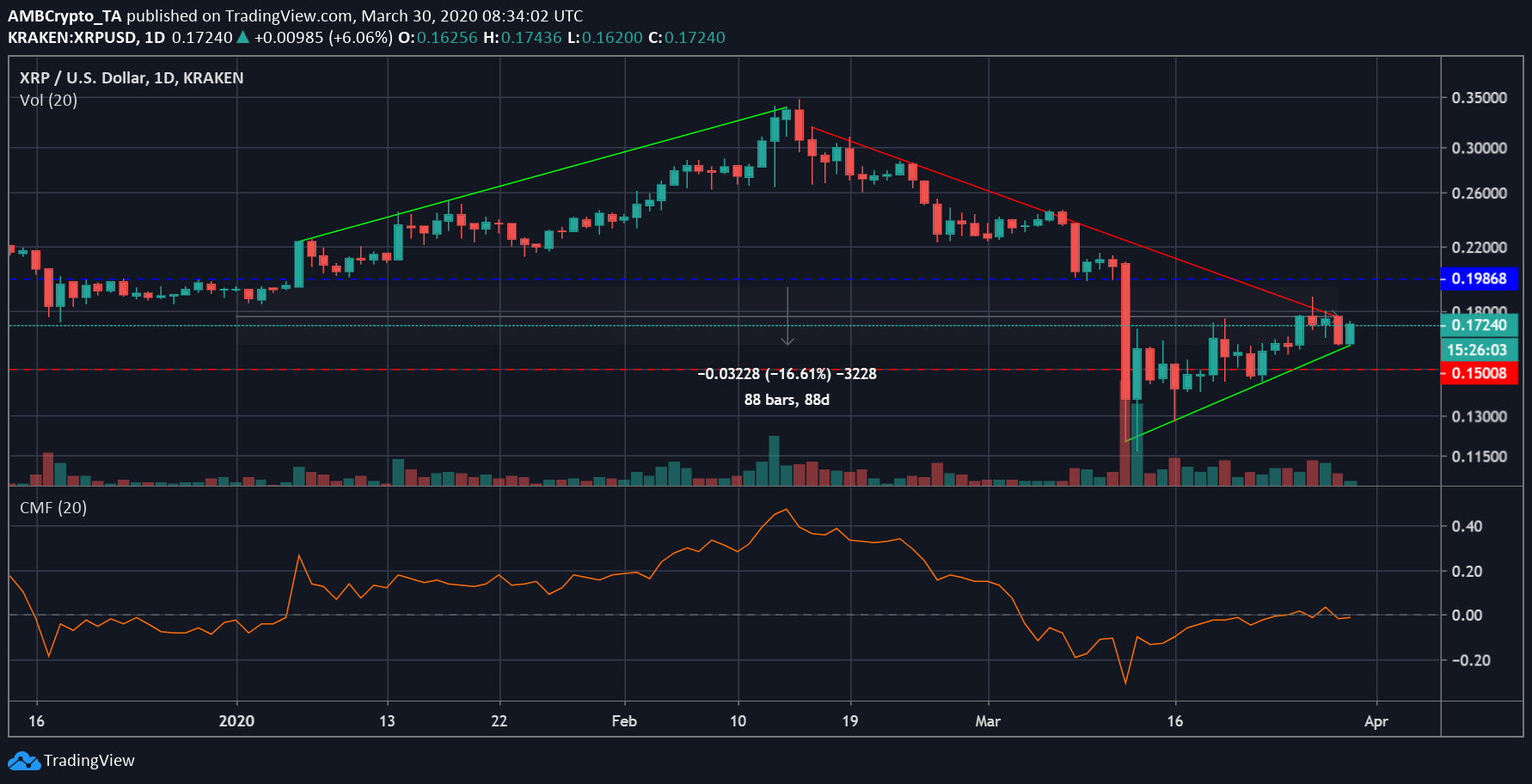 The third-largest cryptocurrency, XRP has been fighting a difficult market condition for the past few days. XRP indicated a sharp rise in its price when 2020 began, marked with an uptrend in the chart above. After XRP reached the value of $0.3397, it began to slide. The coin’s major fall occurred on 12 March, pushing it once again to the $0.11 level. It managed to recover from it in the following days. XRP’s current valuation stood at $0.1723 and has been reporting a total loss of 16.61% of its value since the beginning of the year.

Chaikin Money Flow Indicator noted the signal line to be aligned under the 0 mark. This could be indicative of the selling pressure in the XRP market. 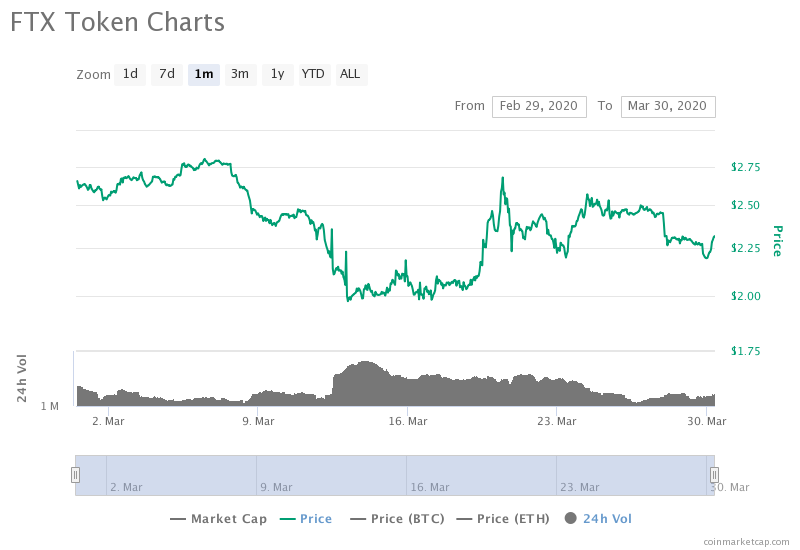 The FTX token had peaked in 2020 on 17 February at $3.36, however, the price started to fluctuate from there. After noting the dip on 12 March, FTT has been noting great upswing in its value as it managed to reach $2.67 after the drastic fall. At press time, the value of FTT stood at $2.31, despite having been delisted from Binance due to a “lack of understanding of how leveraged tokens work” by many users on the exchange. 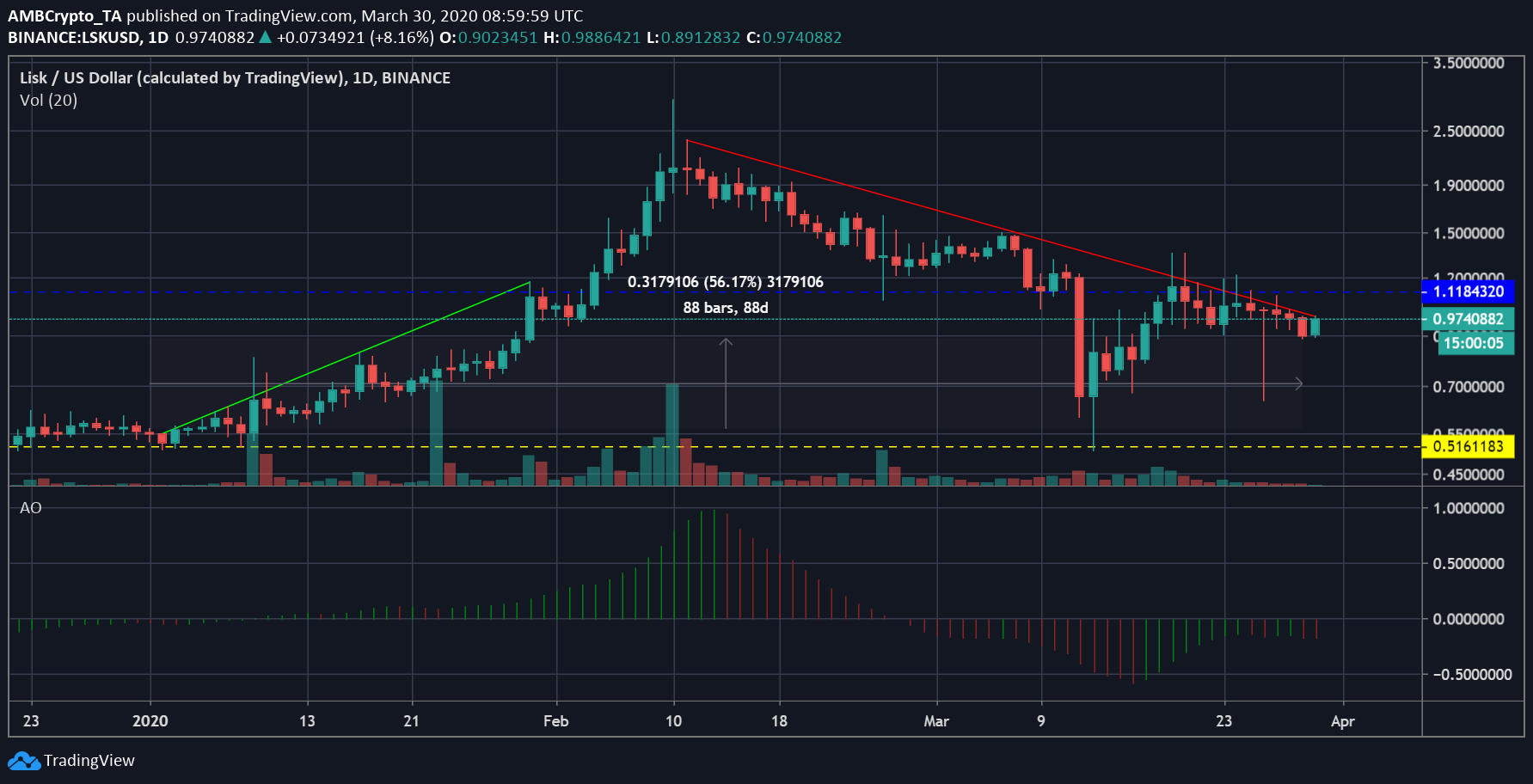 Lisk has been one of the few altcoins noting tremendous growth despite an overall bearish market. LSK’s YTD stood at 56.17%, higher than most major cryptos. Despite generating positive returns LSK too underwent a devaluation on 12 March, however, it has registered moderate recovery. The coin was valued at $0.9792, at press time.

As mentioned before, the overall sentiment in the market appeared bearish and the same was indicated by Awesome Oscillator.

A new cryptocurrency to protect copyright for social media contents

Bitcoin and DeFi could benefit from each other; can ETH maintain the balance?