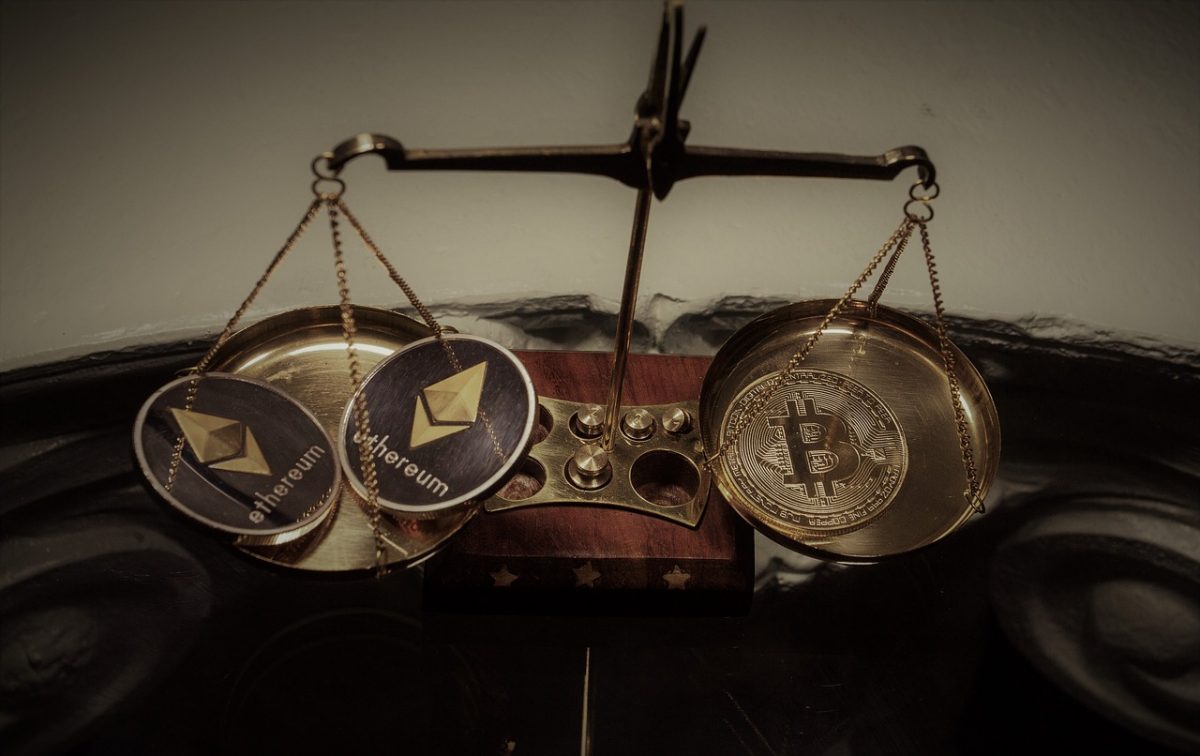 Despite the fact that the crypto-market has failed to build on its gains and is instead busy consolidating, network health has continued to remain strong. This has been the case with Bitcoin and Ethereum too.

Two of the market’s largest cryptocurrencies, Bitcoin and Ethereum have been using Proof of Work to secure their blockchains, a concept under which miners have to rely on a combination of block rewards and transaction fees to cover their costs, collectively known as the Security Budget [SB]. Since the block rewards get halved every four years, these chains depend heavily on transaction fee revenue as the dominant source of funds.

As a way to determine the security of PoW networks once block rewards disappear, a new metric known as Free ratio Multiple [FRM] was devised. As FRM is the ratio between the total miner revenue and transaction fees, increasing revenue usually represents a good sign for the health of the network.

According to on-chain data provider Glassnode, Ethereum’s total miner revenue has shot up dramatically over the last two months, reaching an all-time high of around 18%. This seems to have inversely impacted its FRM as the same was noted to be between 0 and 10. 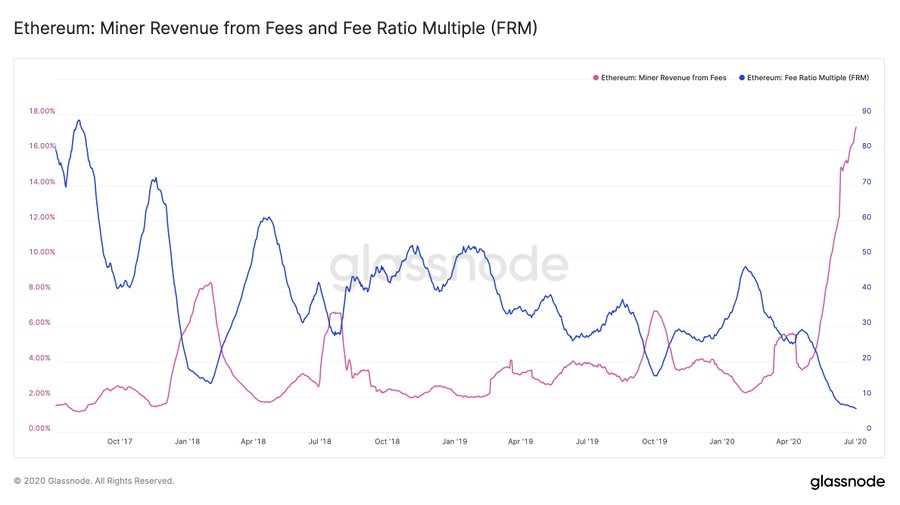 The low FRM suggests that Ethereum can maintain its present security budget [miner revenue] and does not have to depend on an inflationary subsidy. Simply put, this further cemented the asset’s properties as a prospective Store of Value. However, Etheruem will be soon moving away from Proof of Work to Proof of Stake, with ETH 2.0 scheduled for sometime in July.

Similarly, Bitcoin noted a similar trend on its chart. According to Glassnode’s data, Bitcoin’s FRM peaked after halving as the block rewards halved. The FRM remained high as miners were unable to cut costs and as the halving approached, the FRM was recorded to be 58.76 – a very high value that suggested that Bitcoin required heavy inflation via block reward subsidies in order to maintain its security budget.

However, the FRM soon moved south, and as per the last available value on Glassnode, it was noted to be 12.61, which was still lower than the levels observed in May.