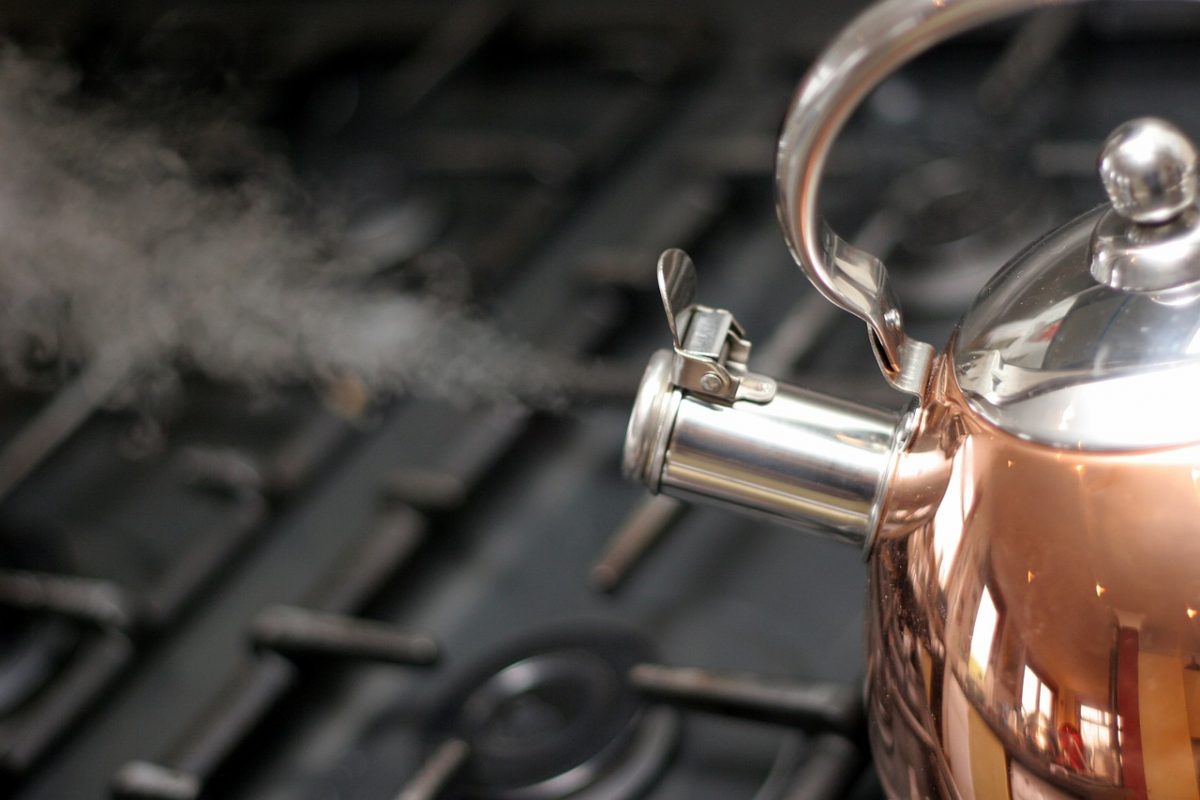 There is a new coin creating hype in the market, but it isn’t that new.

Filecoin, a decentralized data housing platform secured millions of dollars via its initial coin offering [ICO] in 2017. Despite being based on Ethereum, the FIL token has its own blockchain and launched it in phases leading to a mainnet launch. On 15 October, FIL began trading across major exchanges and it has been a hit among traders. 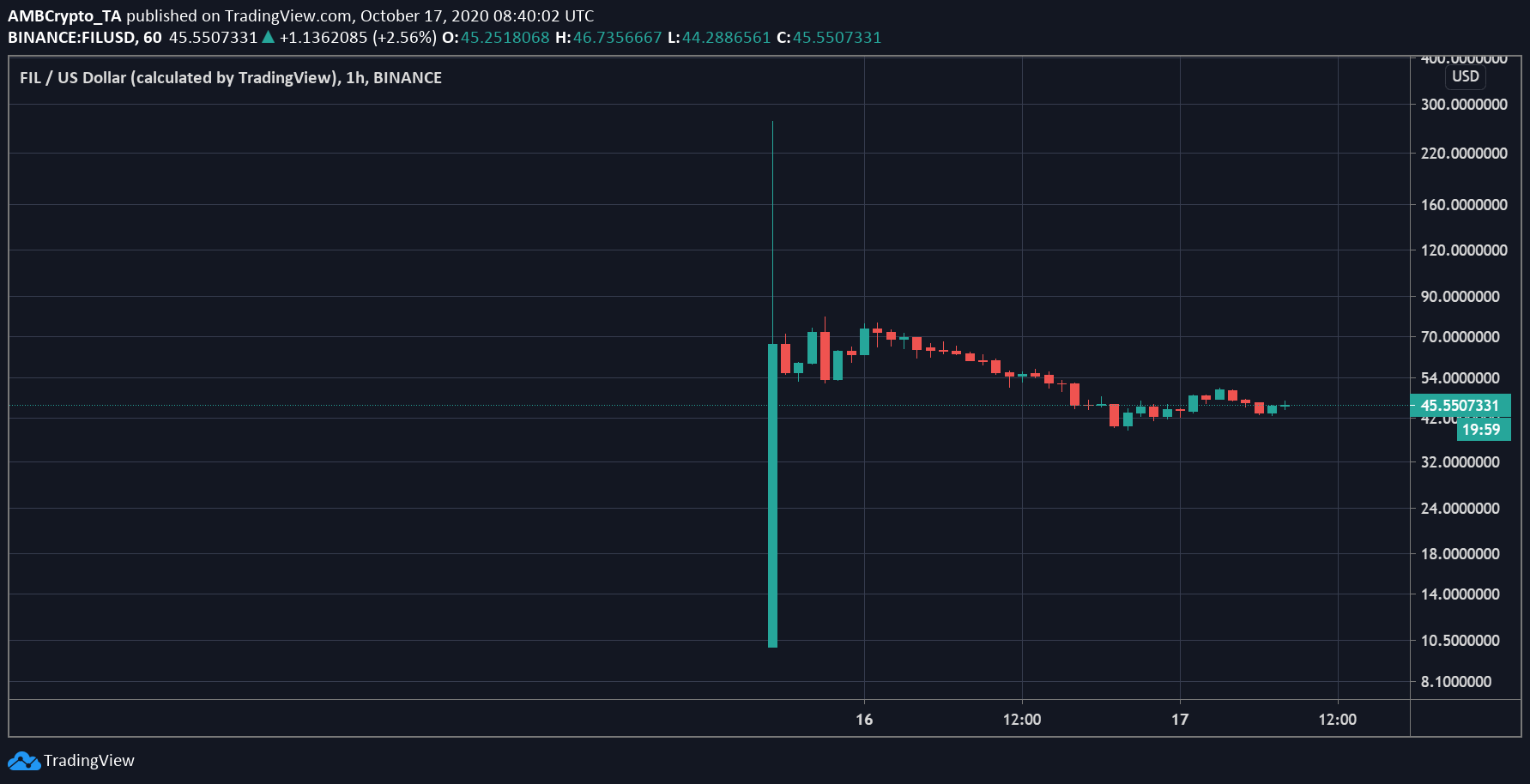 According to the FIL/USD chart of Binance on TradingView, the token has managed to report 353.44% growth since launch. However, when the trading for the token began it was being valued at different price levels on various exchanges and within a single hour, its value was being pushed and pulled between $10.07 and $268.92, although the trading volume was low above $66. Currently, the value of the asset is settled at $45.26.

The Filecoin team had been working hard for its mainnet launch and as it launched on 15 October, the team introduced an upgraded web with an “open, decentralized, verifiable storage layer.” The team noted that:

“The Filecoin network has now entered a quiet post-launch monitoring period to ensure the network is operating smoothly. During this time, we’ll be tracking network performance closely while we prepare for Filecoin Liftoff Week. So far, the network is stable and community members are reporting successful operations.”

However, there was a minor hiccup with the narrative. As the Filecoin mainnet launch pushed the price way higher, some crypto users assumed of it being a bubble, asking where can they short the coin. Crypto on-chain and social data provider, Santiment reflected upon the evolving sentiment online for the project and stated that there were many non-believers in the community. He added:

“…right now it appears there are a lot of non-believers but you can clearly see it short through the roof with a 134 social volume when it normally rests at right around zero or one. Now when this typically happens, especially after a surge, we’ve noted that on average things tend to decline about 9% over the next 12 days” 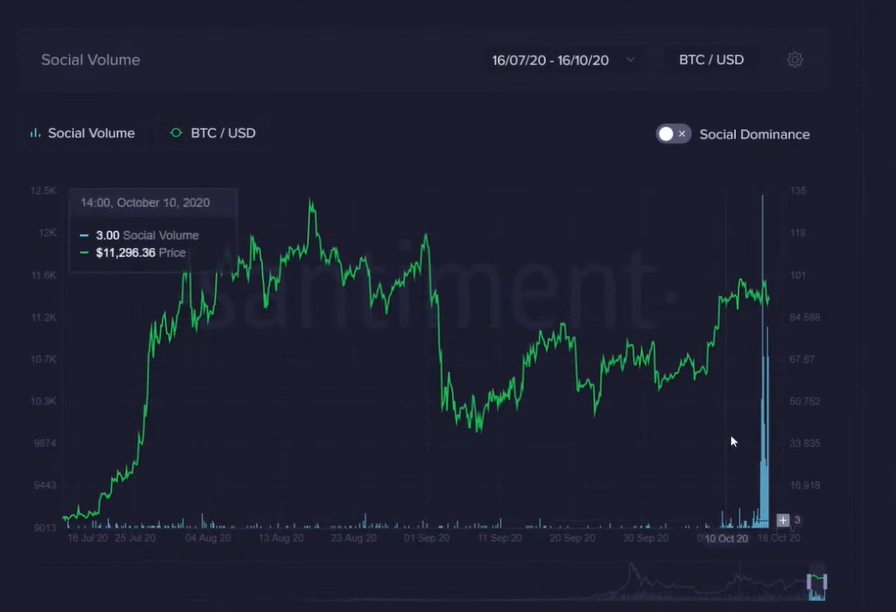 The rising price will only be visible after the current hype dies down and the traders move away from shorting the coin. Meanwhile, volatility in the market remains as the remaining Fileoin network prepares for lift-off week starting 19 October.