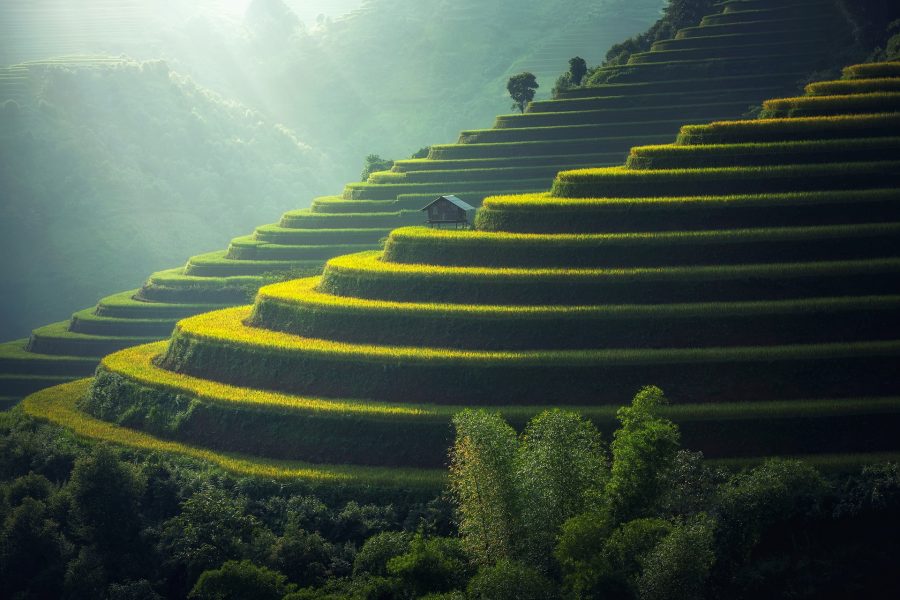 Ethereum‘s network registered high levels of activity on its blockchain in 2019 and a majority of it was down to the increasing interest of Decentralized Finance [“DeFi”].  The application of DeFi has been extremely popular throughout this year, which can be identified by the large Total Value Locked [TVL] in terms of USD in the ecosystem. At press time, Total Locked Value in DeFi was around $678 million across various protocols such as Compound, dYdX, MakerDAO, all built on top of ETH blockchain.

However, despite such progress in network statistics, the 2nd largest asset is currently down by 8 percent year-to-date, as the high network activity failed to propel ETH’s price consistently. In comparison, Bitcoin nearly doubled its valuation over the course of the past 12 months. 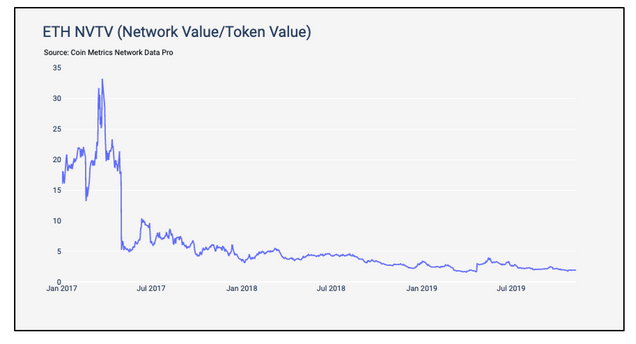 In a recent report released by Vision Hill, Ethereum’s lack of growth may have been down to its inability to improve its NVTV. The Network Value to Token Value (“NVTV”) ratio explains whether the value of all the assets anchored into a platform can be greater than the value of the base platform’s asset.

ETH’s NVTV has been declining over the past 2 years which suggested that it was unable to capture the value of all assets launched on its platform, “instead, value is getting captured in the applications.”

In Q4 2019, the NVTV ratio was close to 1.0 but managed to stay above it. The post stated that issuance of tokens such as ERC-20 and ERC-721 may have been largely “parasitic to Ethereum”. The report said,

The report also stated that

As token holders and smart contract developers utilize gas for transaction fees in order to interact with the Ethereum blockchain, it does drive demand for ETH, but the problem (currently) is it drives demand for just one block, and then those transaction fees go straight to the miners (who are generally the largest sellers in proof-of-work systems).

In spite of such difficulty, ETH’s new approach and move to the Proof-of-Stake system may potentially change its crypto-economics and benefit Ethereum’s long term growth.