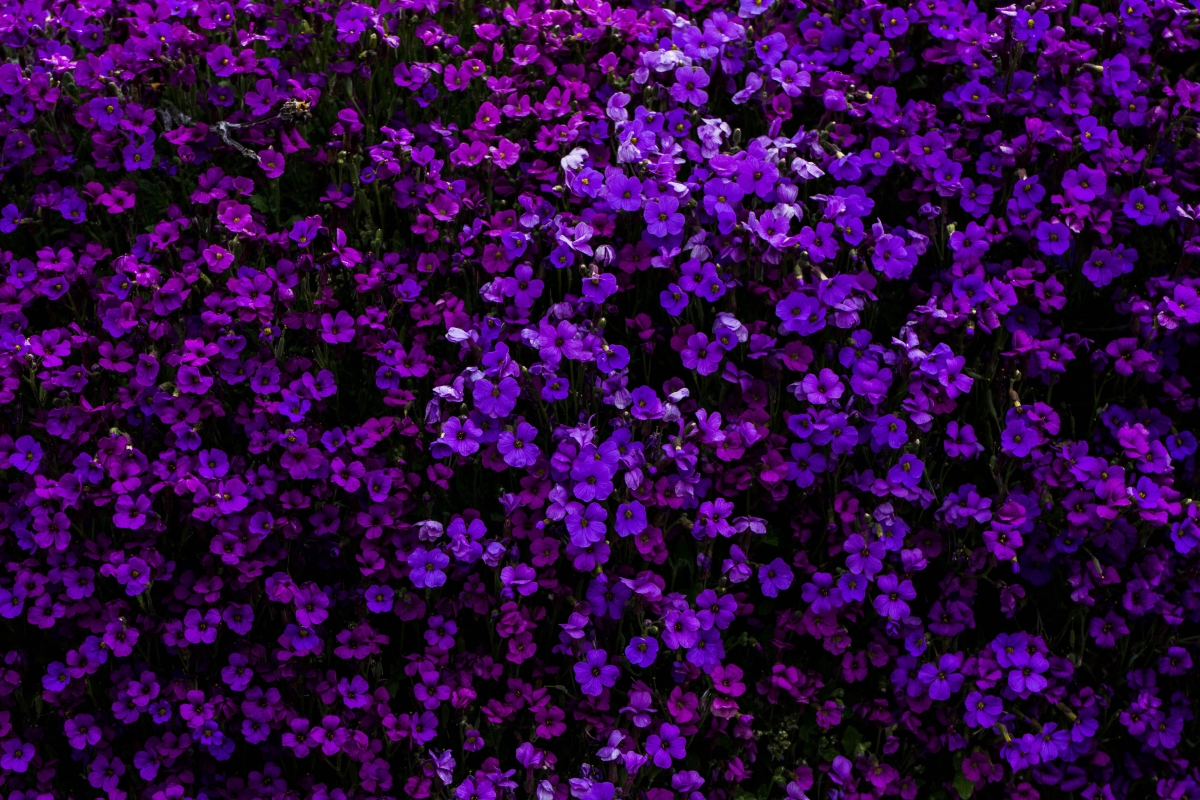 It has been both difficult and easy to critique Ethereum this year. For a long time, it seemed to co-exist under the shadow of Bitcoin without having a standout identity. Enter 2020 and its development spectrum has come under the limelight. Whether it is with regards to its long-term goals of Ethereum 2.0, or the outbreak of DeFi fever on its blockchain, Ethereum has been at the center of them all.

With Ether’s price accumulating value as well, everything seemed to go according to plan until the recent collapse. An unceremonious dip from $483 to $320 resulted in one of the largest dips since the March 2020 decline and certain metrics have gone haywire since then.

The correction part was actually expected but the fact that there was a lack of cohesion between major ETH on-chain metrics was alarming. According to a recent Glassnode chart, Ethereum’s active supply over a period of 2-3 years went down after the depreciation, reaching a 17-month low. The last time ETH’s active supply was this low was when the asset was worth around $140.

However, the non-zero addresses of Ethereum seemed to have picked up the pace. 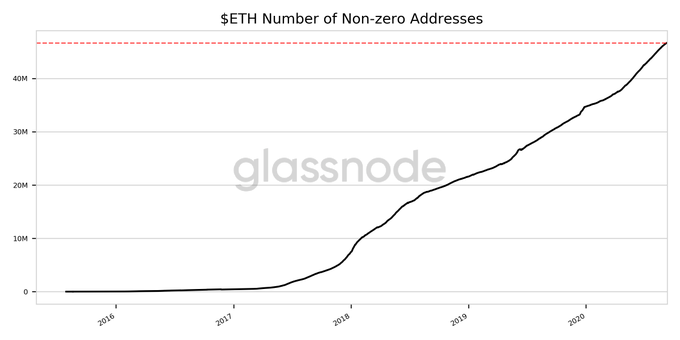 As indicated in the chart above, ETH non-zero addresses reached an ATH over the past couple of days indicating an increased level of unique addresses with a positive ETH balance. The contradiction is writing itself on the wall.

Now, optimistically, if the metric depicted what it meant, the adoption part of Ethereum would receive a major boost as higher distribution during such a bearish period is an uptick for any token. However, the assumptions do not end there.

Similarly, from a skeptical point of view, the contradiction between these indicators may suggest there is something not exactly right. Ethereum users cannot be active while dropping active supply. Hence, a sense of wash trading can be involved in exchanges inflow which might be skewing up the capital in-flows, as indicated in the above tweet. Ethereum had a net-flow of $15 million over the past 24-hours.

The sentiment isn’t high on the charts 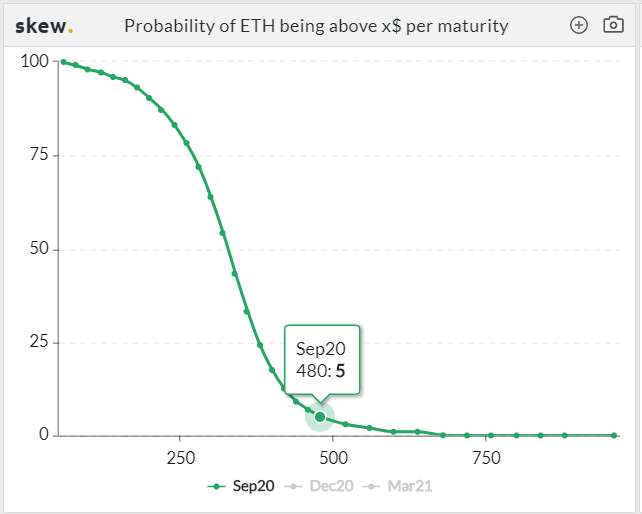 Regardless, some of the pointers are becoming especially evident and only 5% probability was levied on Ether to cross $480 again in September. There is a serious lack of optimism from the derivatives-end and it is not revolting to state that Ethereum’s ‘optimistic period’ might be over.

However, bear in mind, we are still very much amidst high volatility so any kind of price pump on Ethereum’s price would radically alter sentiment again, but for the time being, Ethereum’s good fortune is coming to an end for now.

Related Topics:ETHethereumEthereum Active Supply
Up Next