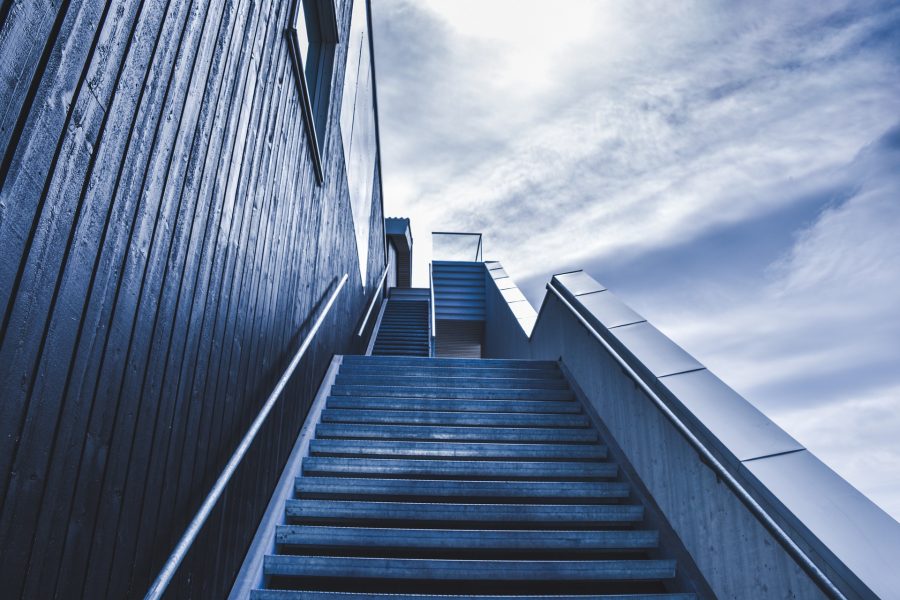 In the cryptocurrency space, major assets like Bitcoin, Litecoin, and Bitcoin Cash are generally focused on transactions or payments. However, Ethereum, the 2nd largest virtual asset in the market, also has its own platform where users are able to create their own decentralization applications [dApps].

One category of dApps that have been gaining mass traction over the last year have been Decentralized Finance applications or DeFi apps. It has been reported that DeFi apps have slowly amassed a valuation of around $500 million in the last 12 months, with little signs of slowing down.

Total Value Locked of TVL is a metric of measurement that is used to account for the total capital committed to a specific app through its smart contracts. Hence, DeFi’s valuation, which was technically a decentralized loan app, was measured with the help of TVL.

Now, according to a recent report, when evaluated in terms of ETH [Ethereum is the commonly used asset to access DeFi apps], the total TVL locked into smart contracts via ETH reached a yearly-high, at press time. 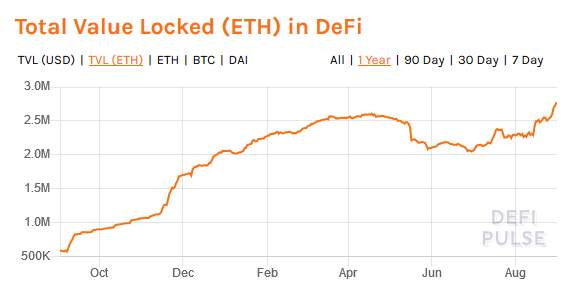 At the time of publishing, there were more than 2.77 million ETH committed to DeFi apps, which is the highest since the start of October 2018. The present data is a positive sign collectively for both ETH’s price and DeFi apps as it was indicated that the increasing demand for DeFi apps could bring forward a situation where the supply of ETH decreases. The increase or decrease in demand for ETH could have a significant impact on Ethereum’s price.

Moreover, the virtual asset’s exploits with DeFi applications could permeate into a bullish trend for the coin. Dharma, a peer-to-peer marketplace on Ethereum for non-custodial lending and borrowing of cryptocurrencies, has re-launched itself recently after the start-up announced it has re-worked on its outdated loan model that had been termed as “unsustainable.”