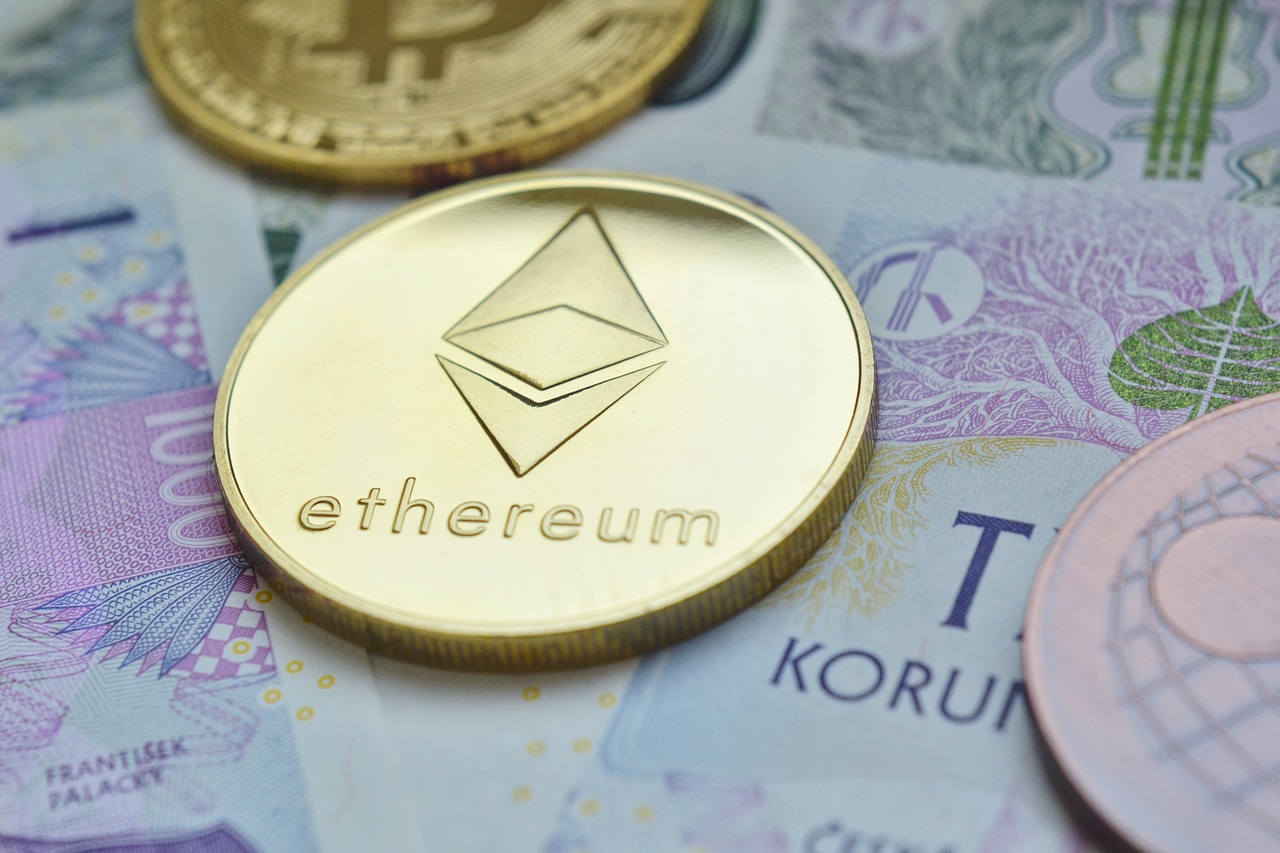 Benchmark indices in the Asian markets as well as on Wall Street fell sharply overnight, strongly influencing the bearish market outlook witnessed on the trading charts even for some digital assets today.

Barring Bitcoin Cash, all the top ten digital currencies were trading in the red zone. Ethereum and Stellar Lumens recorded over 2.5% in losses.

The bearishness seen in Zcash(ZEC) was even stronger as the selling pressure, pushed down the ZEC market by over 5%. 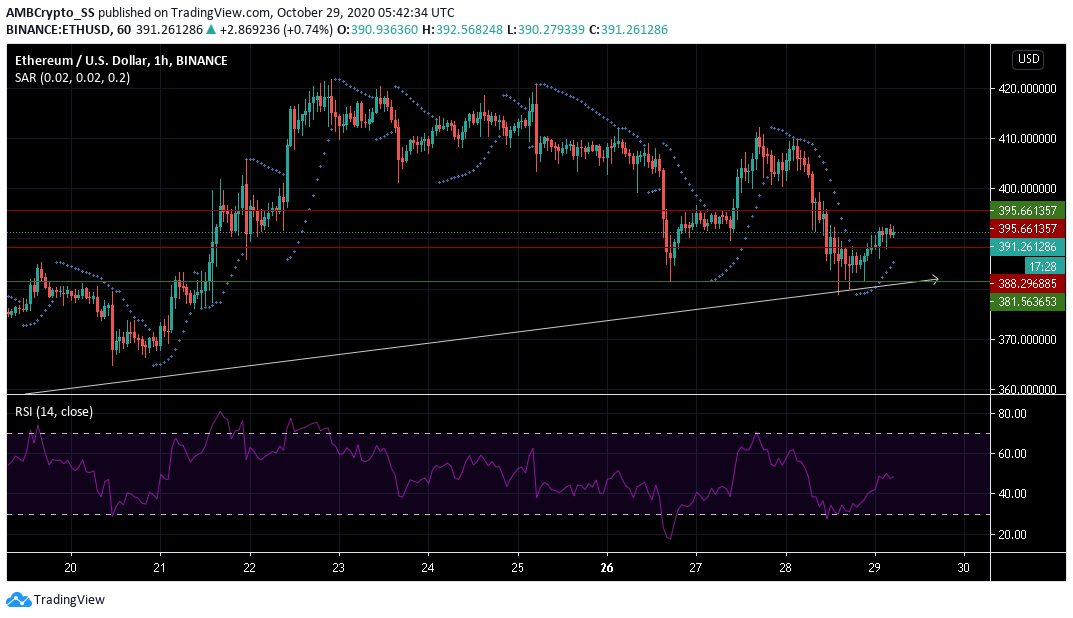 Despite the presence of buying sentiment as noted from the rising Relative Strength Index levels, Ethereum recorded a 2.5% loss since yesterday.

Other technical indicators also remained bullish with the dotted lines of the Parabolic SAR below the candles, suggesting an uptrend.

This meant while Ethereum stayed strong on its fundamentals, the bearish view noted in the international markets, primarily influenced the sudden price drop for ETH.

Ethereum could be seen witnessing some gains, once the bearishness in the international markets subsides. The price levels, however, faced stiff downward pressure from the immediate resistance level at $395.66. 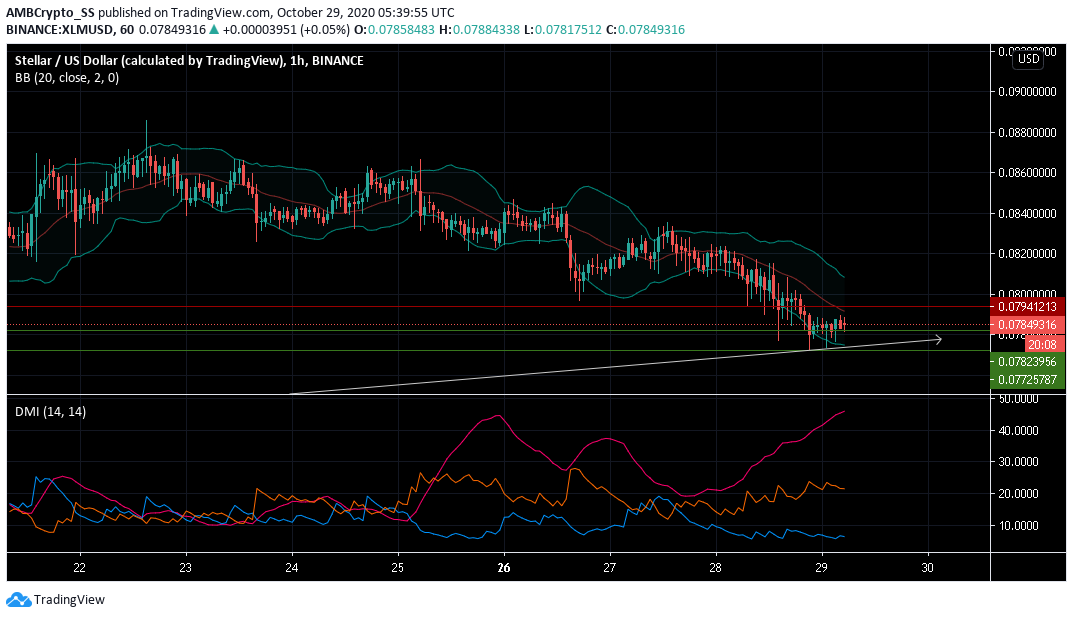 Down by 2.5% since yesterday, Stellar Lumens at the time of writing was seen trading at $0.078. The Directional Movement indicator underlined a bearish outlook.

With the volatility levels also on the higher side, readings of the +DMI (blue) well below the -DMI (orange) suggested a bearish signal. The rising ADX also signaled an increase in the selling sentiment.

As a result, a price movement siding with the bears, pushing down prices below the immediate support level, remained a likely scenario. 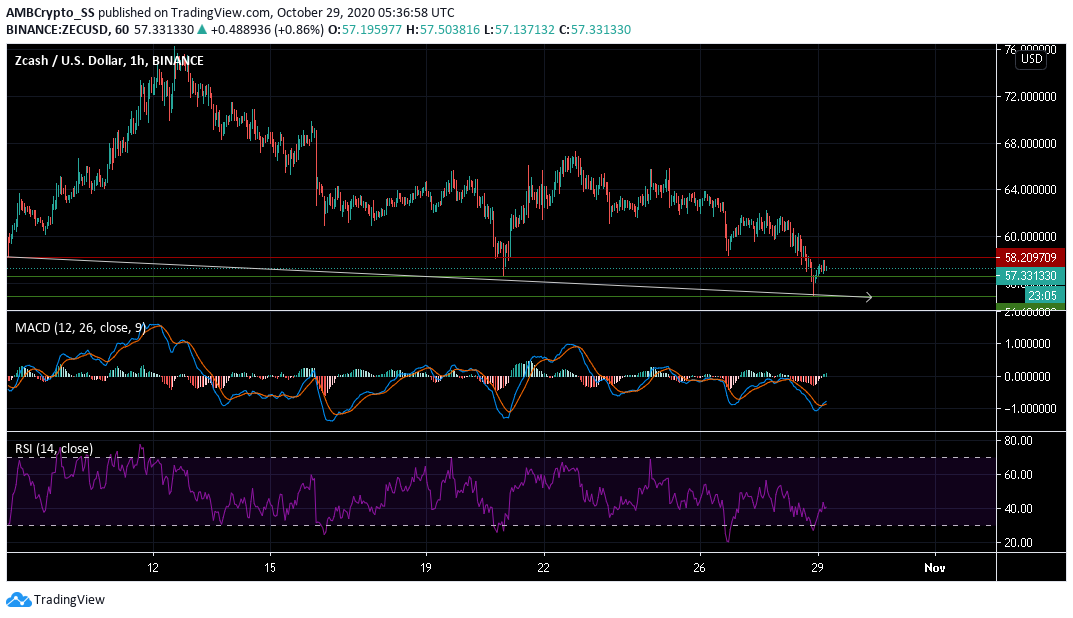 The digital asset had witnessed a persistent downtrend on the charts since the past two weeks. Further noting a strong selling pressure at press-time, Zcash bears managed to push the prices down by over 5% since yesterday.

Dropping down towards its $54.86 support level, a slight uptick was noted on its trading charts with the digital asset moving above its second support at $56.60. While the overall sentiment still remained bearish, the retracement of these immediate gains was also captured on its technical indicators.

The MACD and signal lines still below the zero level, made a bullish crossover. The Relative Strength Index also supported the likelihood of an increase in buying pressure as it rose above the oversold territory. Although none of these remained strong bullish signals, given the underlying selling pressures.

If they continue along the positive momentum, a bounce above the immediate support level, could stall further possibilities of a sell-off in the next few trading sessions.