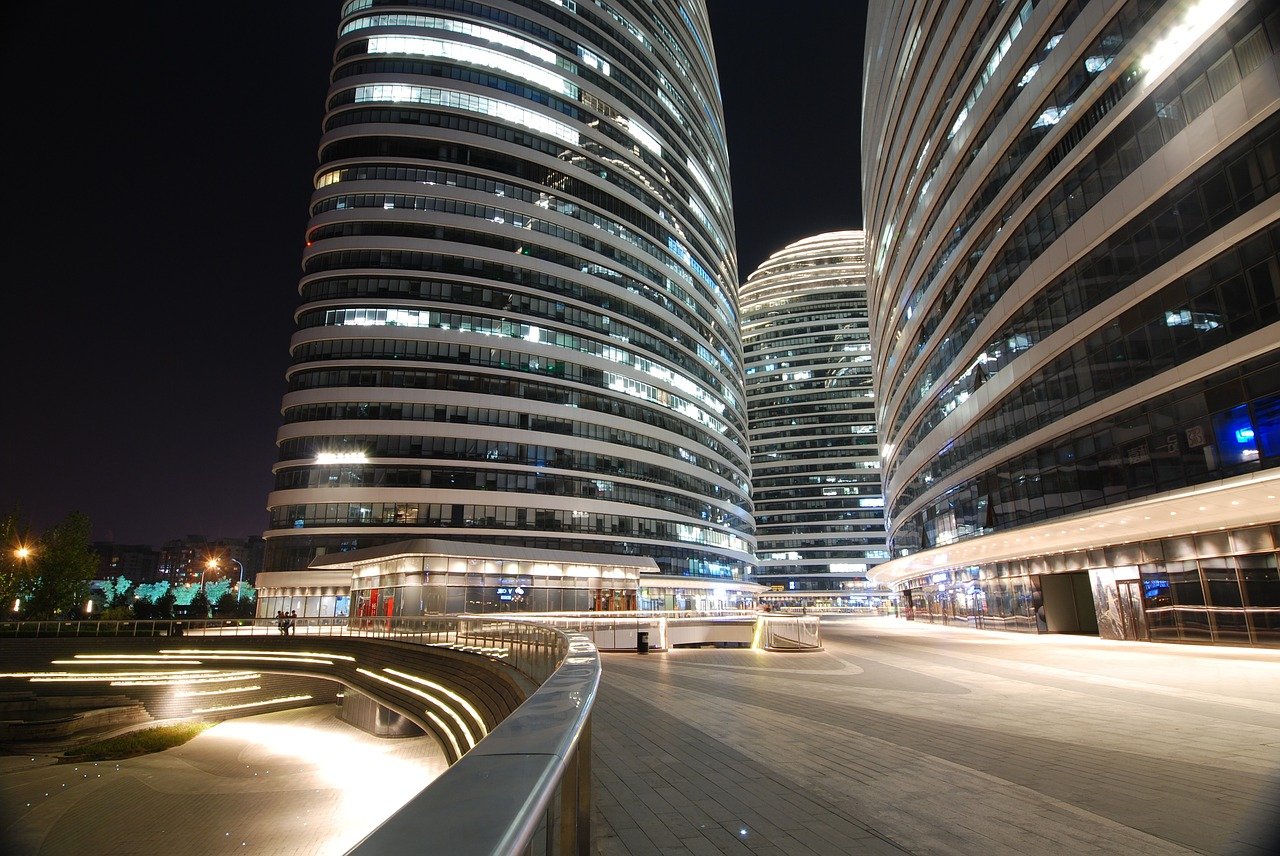 On the last day of October Bitcoin was seen nearing its monthly high as it aimed towards the $13,700 mark. The same bullishness was also visible on the trading charts of Ethereum, Stellar Lumens, and Basic Attention Token (BAT), with the three digital assets recording appreciable single day gains.

While the price recovery in Ethereum was still not as strong enough, both BAT and Stellar Lumens noted a trend reversal to bullish post a descending channel formation. 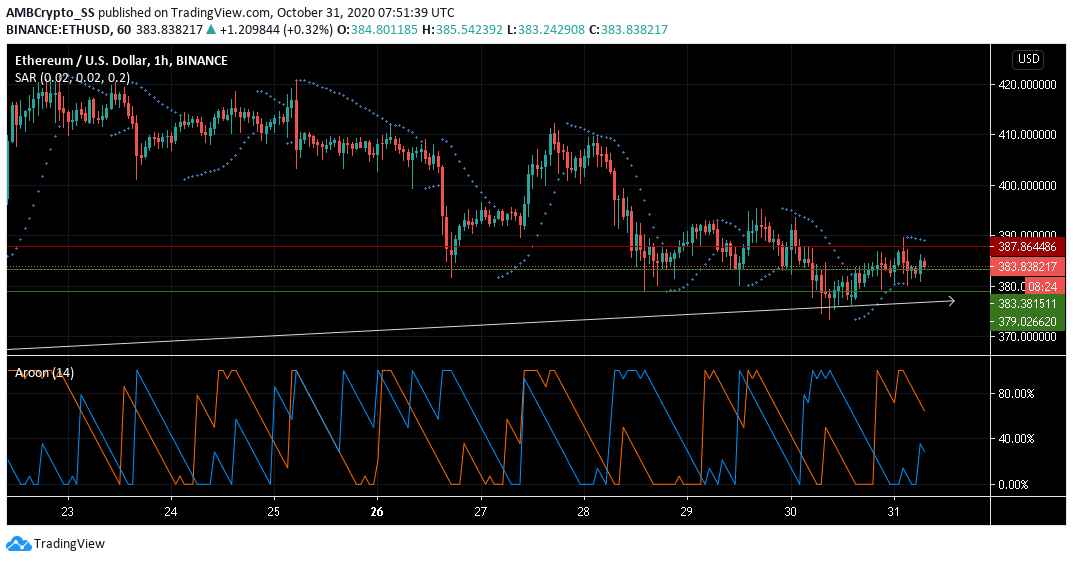 Ethereum gained 1.5% over the last 24 hours as it attempted to retrace some gains after witnessing a consistent dip in the price levels since 23 October.

Although, the price recovery still lacked bullish strength as could be seen from the Aroon indicator. The Aroon Up (orange) remained above the Aroon down (blue), but a fall its level at press time indicated weakness in the uptrend.

Again, despite the gains, a hint of incoming selling sentiment could still be noticed, as the Parabolic SAR too underlined a downtrend for the day’s trading session. 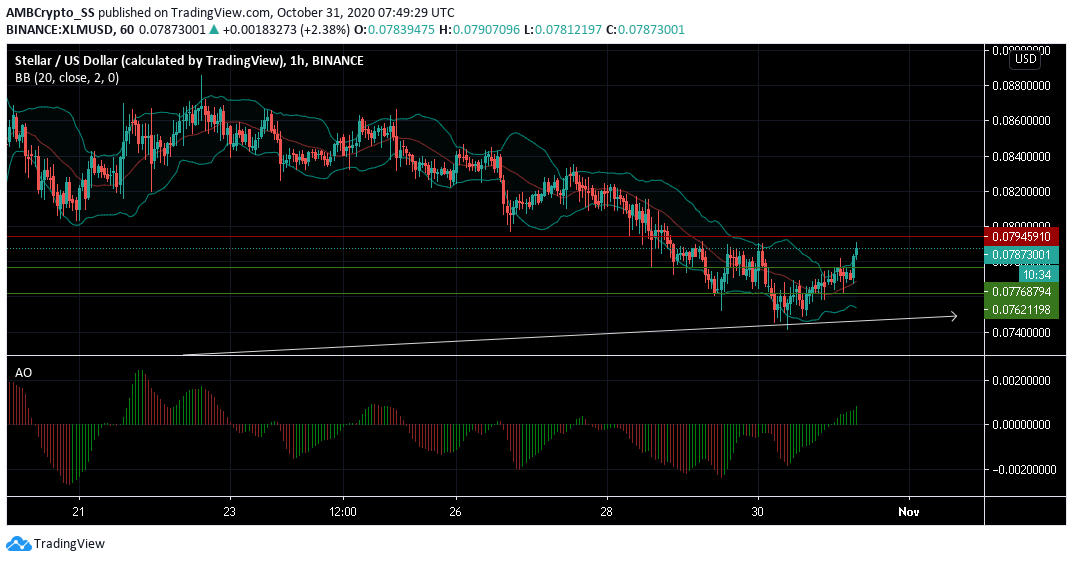 The Awesome oscillator in the Stellar Lumens (XLM) market displayed a clear bullish crossover above the zero line.

The divergence in the Bollinger Bands meant that the volatility level was on the rise, and a wide price action, given the bullish scenario also supported the recent uptick, that gave a positive return of 4.5% since yesterday.

A strong buy signal picked up from the technical indicators, might further push up the XLM prices towards the $0.079 resistance level over the next few days. 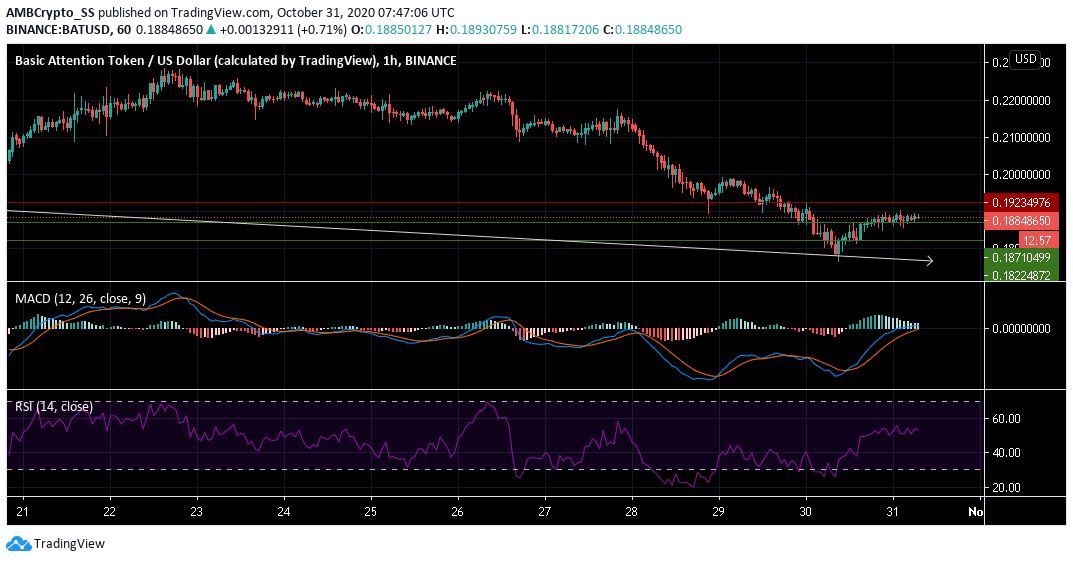 Basic Attention Token was trading just above the $0.187 level of support following a 4% gain in price since yesterday. Relative Strength Index with its higher highs was seen heading towards the 60 level, an indication of rising buying pressure.

MACD although displaying convoluted lines at press time continued to remain in the bullish zone and further stayed above the zero level, as the buying sentiment persisted.

The digital asset sharply rose above the trendline and two of its key support levels. BAT could be headed for a brief consolidation along the $0.187 level of support, before witnessing another upward price rally over the next few days.

DAI’s growth is crucial to DeFi, here’s why