Disclaimer: The following article attempts to analyze the emerging patterns in the Ethereum short-term market and its impact on price.

The Ethereum market has been synonymous with the tremendous growth witnessed in the cryptocurrency market. However, this week has been a bit brutal, as volatility caused significant price swings in the market. Ethereum which was peaking at $488.95 on 1st September, a value unseen since 2018, when a tremendous selling pressure caused the value to collapse. The selling pressure was mounting as Ether’s value appreciated, and $488 acted as a trigger for many to sell their assets.

At press time, Ethereum was being traded at $399, as it formed a part of a bearish trend. 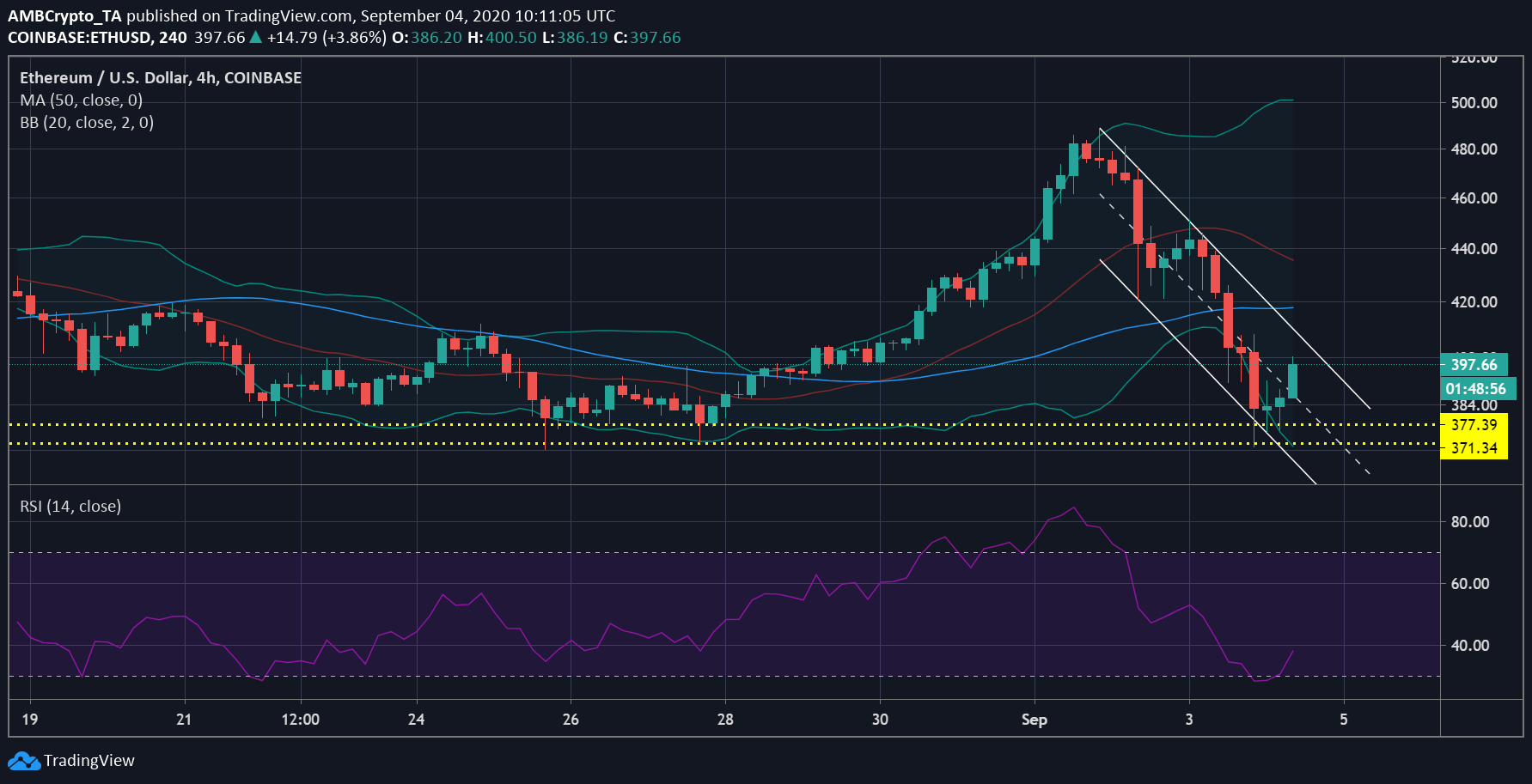 The above chart called attention to the significant volatility present in the market. This was highlighted by the vast divergence between the Bollinger Bands. This indicated that the market could witness another price swing but the direction of the movement was not specific. However, the signal line was signaling a bearish market as the current price was trending lower.

At the same time, the 50 moving average also shifted above the price bars, as the price trended lower. However, there was a boost in the ETH price visible, at press time. The asset dipped to the support at $371.34, then bounced higher at the support at $377.39. At this time, Ether laid in the oversold zone, as indicated by the Relative Strength Index.

However, ETH has managed to bounce back from here and was approaching a state of equilibrium, wherein the buying and the selling pressures were evened out.

Ethereum’s Point of Control [PoC] was at $389.09 for the period with the highest traded volume. The current price had moved higher and may reach a target level of $403, which has been the second-highest traded volume for the coin in the given period. However, even if the price drops, the PoC should act as strong support and the price may reverse from this point.

Is Ethereum giving up Ether for growth?