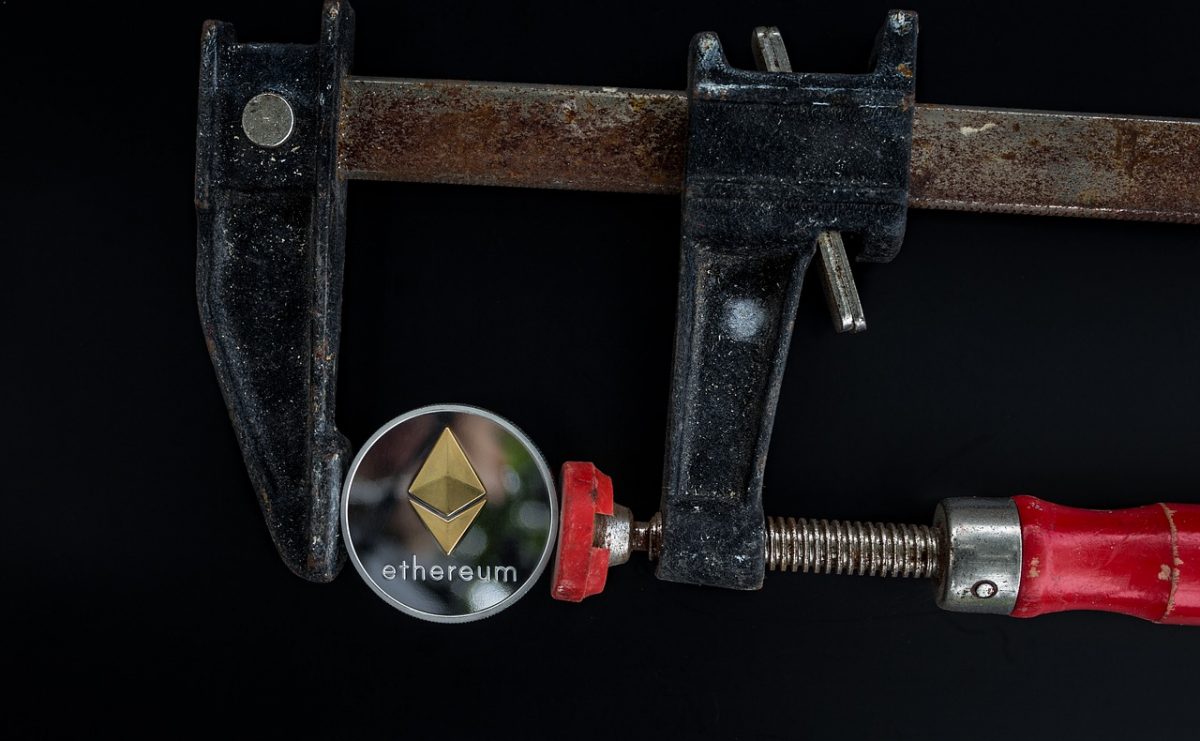 A lot has been said about Ethereum’s 2.0 protocol upgrade, one that intends to change the consensus mechanism to proof-of-stake [PoS]. Despite being delayed several times by now, the co-founder of Ethereum recently claimed that 2.0’s release for July is still on-track. Assuming that the launch will go ahead as scheduled, noted analyst and investor Alex Saunders charted his calculations for Ethereum’s stock-to-flow.

According to Saunders, Ethereum’s S2F in 2019 was close to 21.95, which, when compared, was close to a precious metal like Silver at 22, wasn’t a negligent value. However, as the chart progresses into 2020, ETH may just cross Silver in terms of scarcity, with Sauders predicting that the former’s S2F will reach 28.25 (White) by the end of the year. 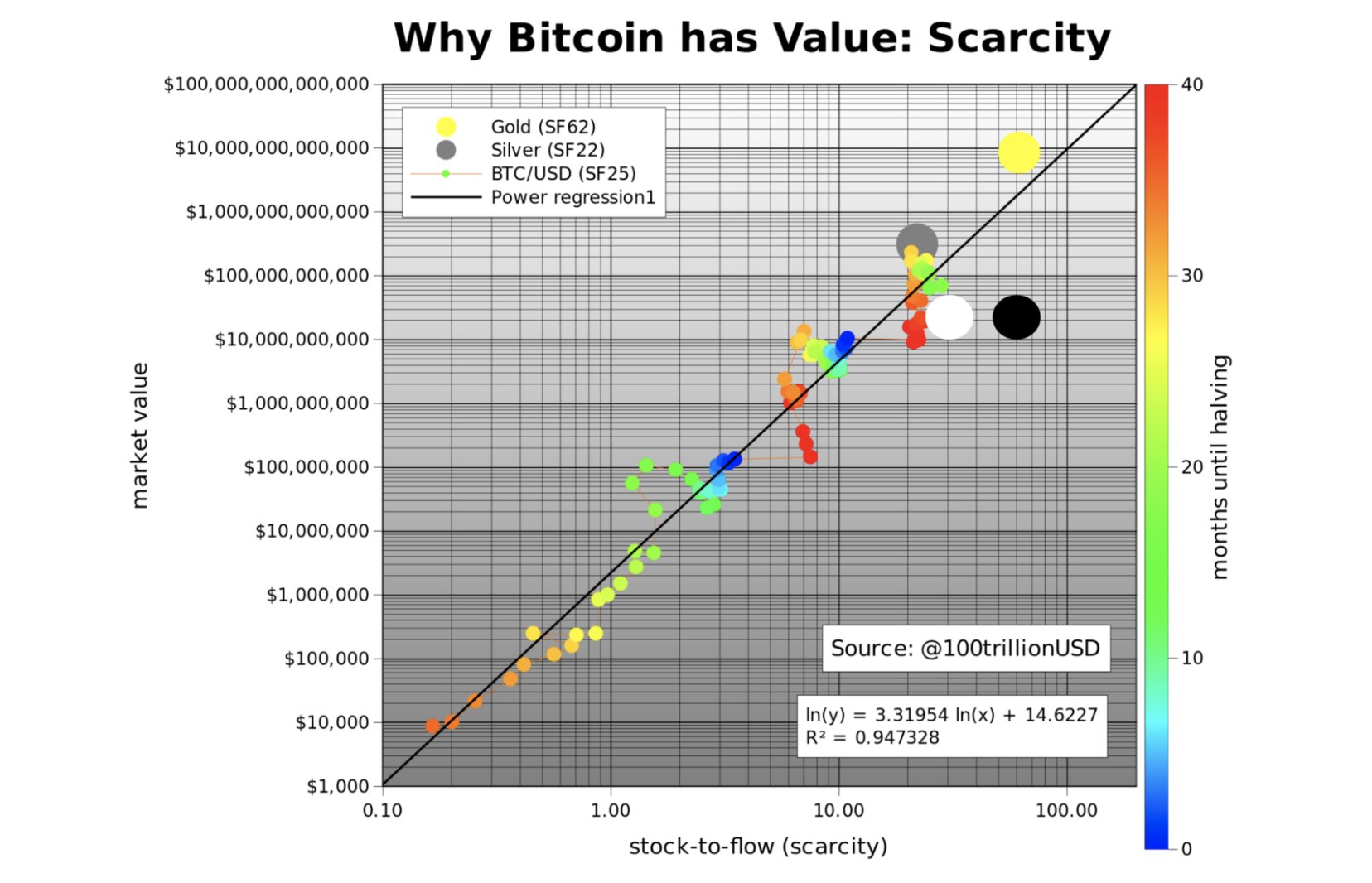 With the expected launch of Ethereum 2.0, Saunders calculated the S2F to jump by 100% by 2021 (Black). However, since these are based on the implementation of the protocol upgrade which has been postponed multiple times previously, the community will have to wait for the final launch of ETH 2.0 that will replace mining for staking.

Expecting that everyone stakes with the change in protocol, Saunders expects the stock-to-flow to reach 57.2 by 2021 and it would only inch closer to 58.5 by 2022. Gold’s current stock-to-Flow is around 60, and this push could make Ethereum an even more precious asset. 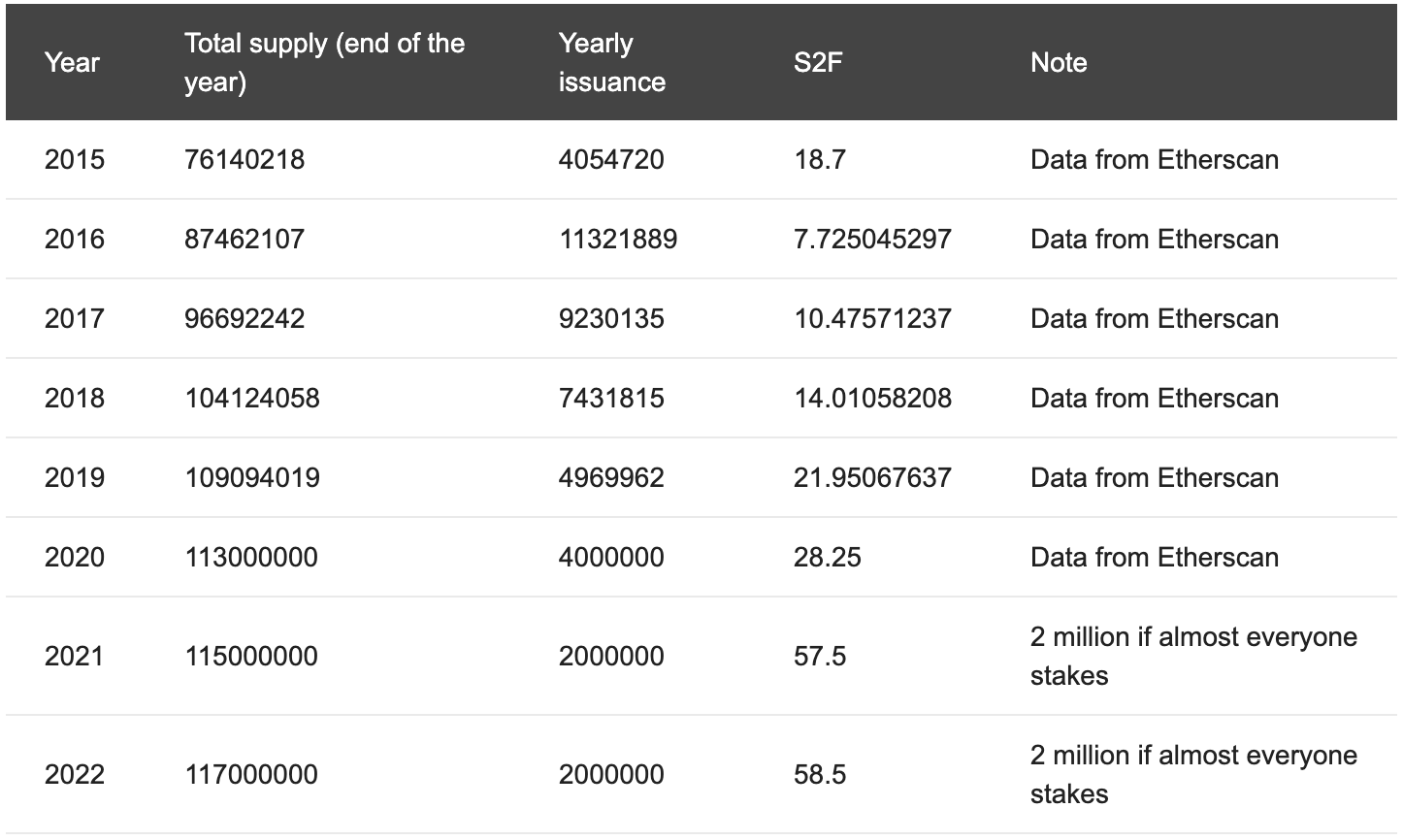 As the second-largest cryptocurrency becomes scarce, its inflation rates are expected to dip. Saunders stated,